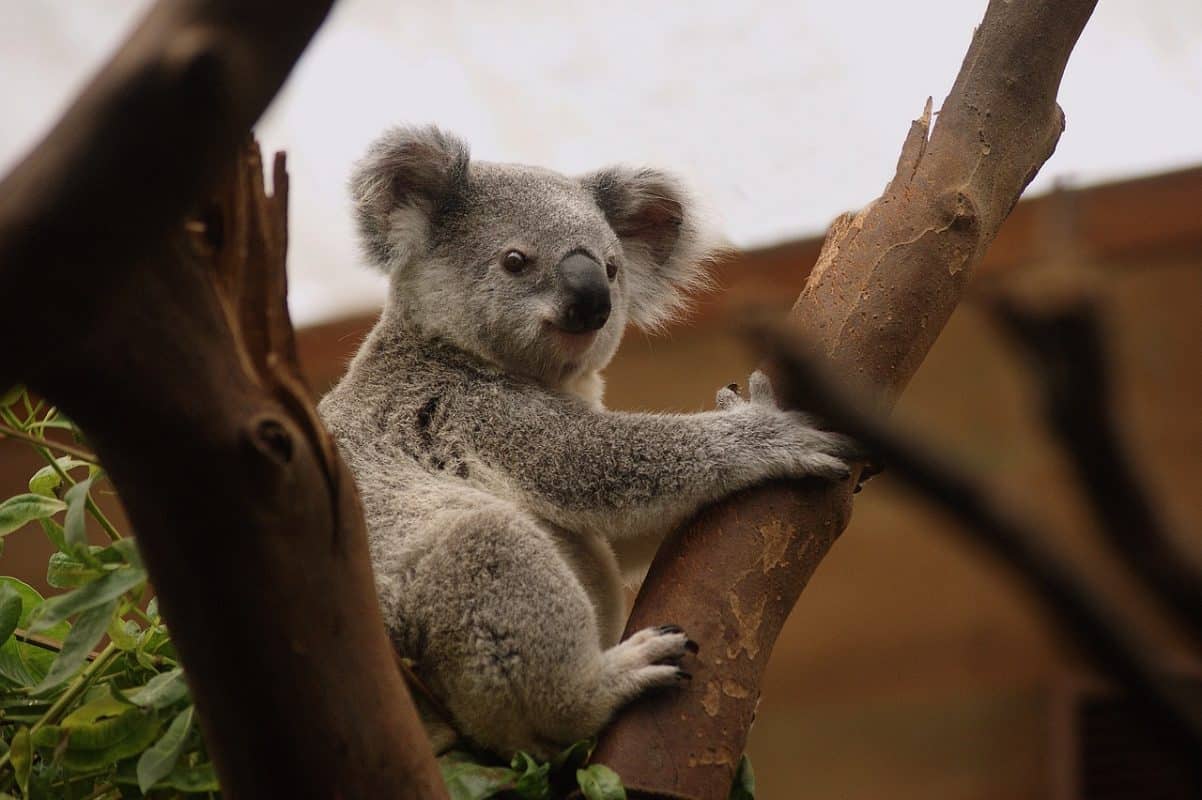 Cardano whales have increased their holdings in recent months. The transaction count had also increased enormously, according to Cardano Foundation. The downtrend of Cardano was not yet reversed, and it could take a long time before that happens.

Bitcoin [BTC] traded between the $16.6k mark and $16.9k mark over the past ten days. The rest of the crypto market has also ground to a halt, and trading volumes were extremely low. Traders can wait for volume and volatility to arrive before looking for trades. 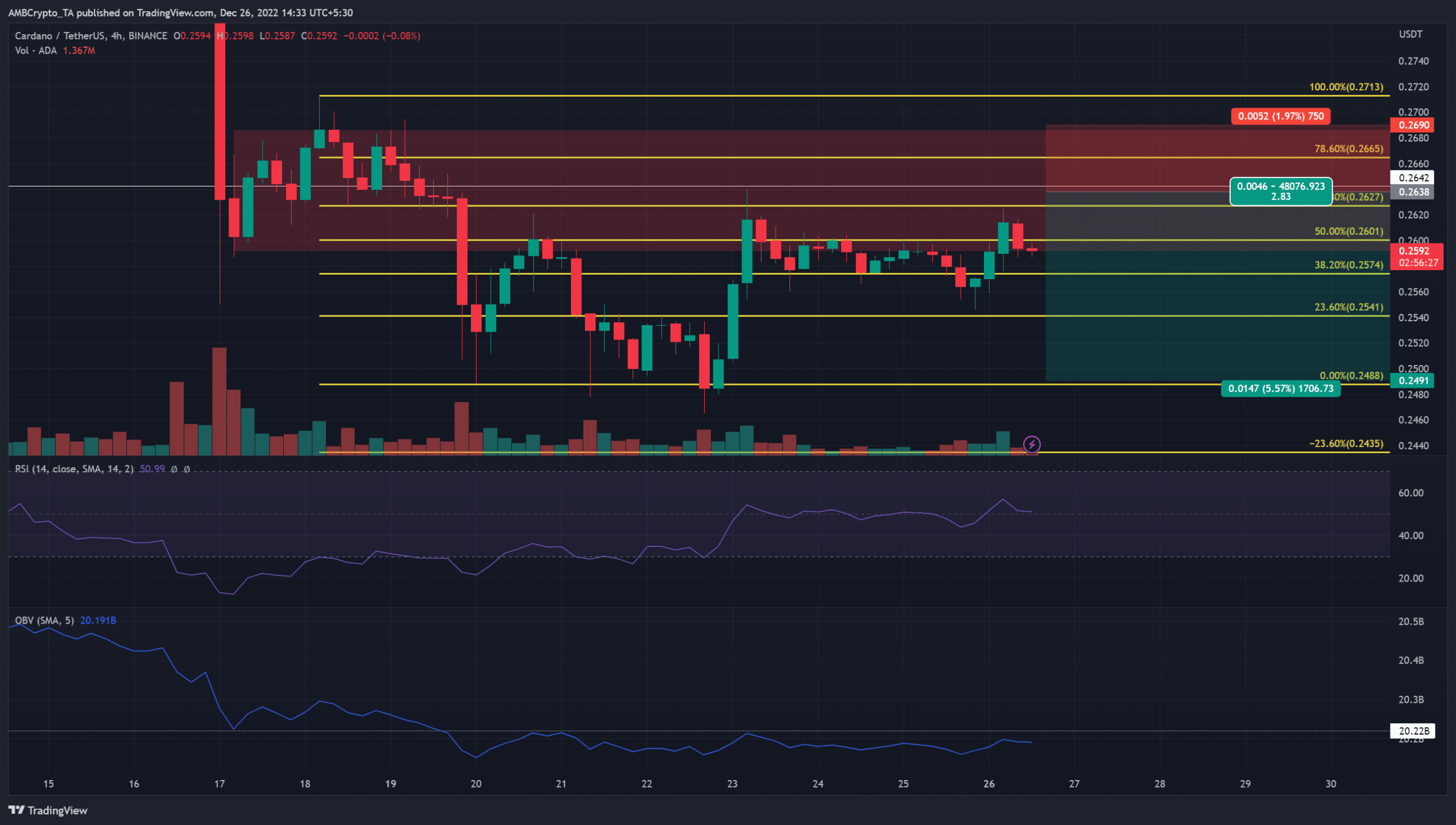 On the four-hour chart, ADA witnessed a bullish market structure. The downtrend’s lower high at $0.26 was broken on December 23, and the price has remained near that level in recent days.

Based on the shorter-term move down from $0.271 to $0.249, a set of Fibonacci retracement (yellow) levels was drawn. Alongside the H12 bearish order block, the 61.8% and 78.6% retracement levels offer further resistance to the bulls.

The Relative Strength Index (RSI) was able to flip the neutral 50 line to support, but the On-Balance Volume (OBV) remained flat. Therefore, any move upward likely did not have demand behind it.

A revisit of the bearish OB can be used to enter short positions targeting the swing low at $0.249. Meanwhile, a move above the $0.27 mark would invalidate this bearish idea. However, the Fair Value Gap (FVG) can still pose grave resistance. 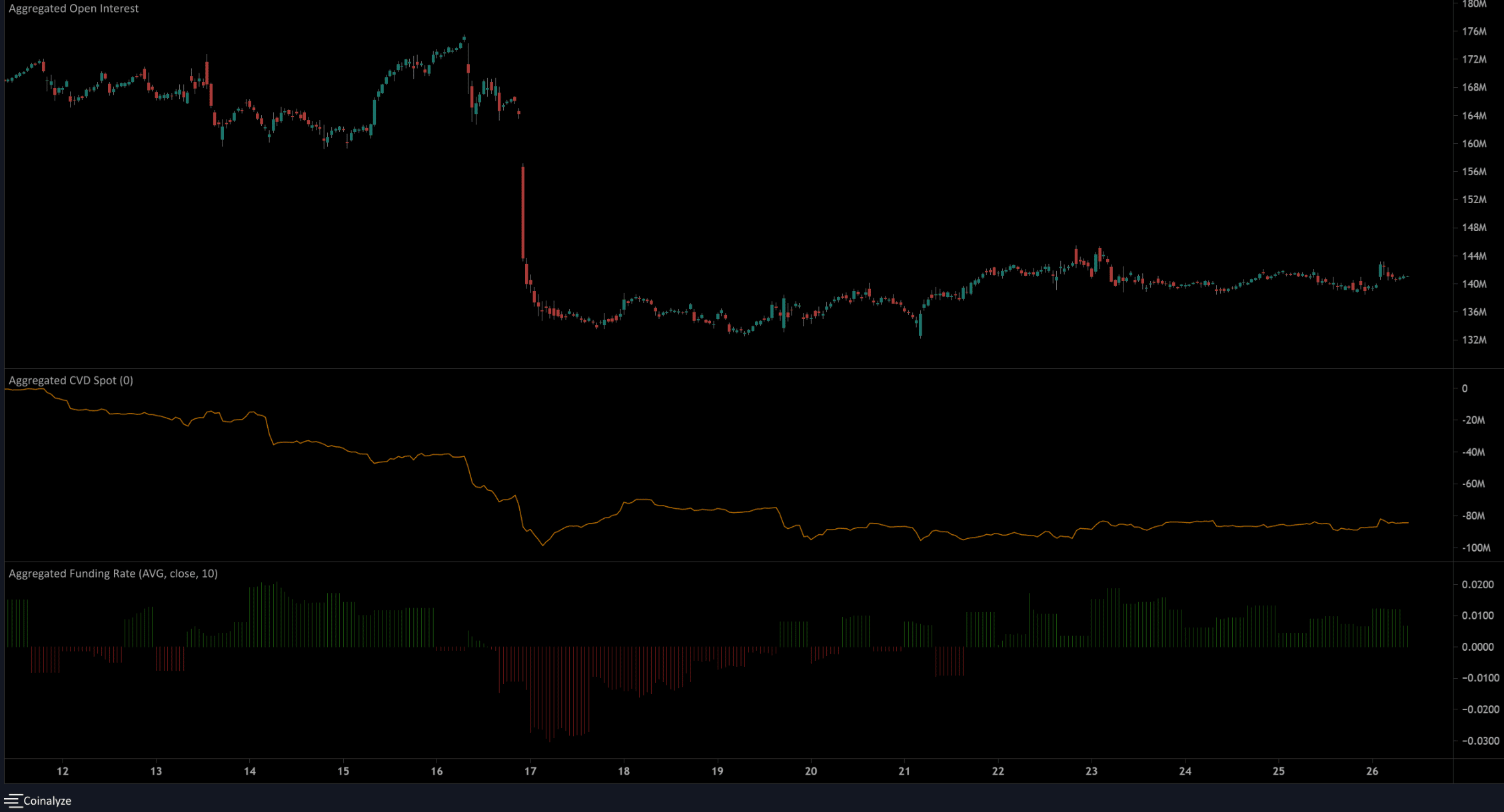 Once Cardano began to fall from its range, the spot Cumulative Volume Data (CVD) also began to decline significantly. This highlighted the intense selling pressure that Cardano encountered in recent weeks.

After 17 December, the spot CVD has been flat, which indicated a lack of notable buying or selling pressure. In the past ten days, the funding rate has also remained positive.

ADA has recovered from its plunge to $0.248, which could justify the funding rate.  However, unless the OI and the price both see a sizeable move upward, it was likely that the downtrend would continue.

Will BNB investors keep a positive outlook despite distrust around CZ, Binance

With Japan set to lift its stablecoin ban, crypto enthusiasts can expect this in 2023