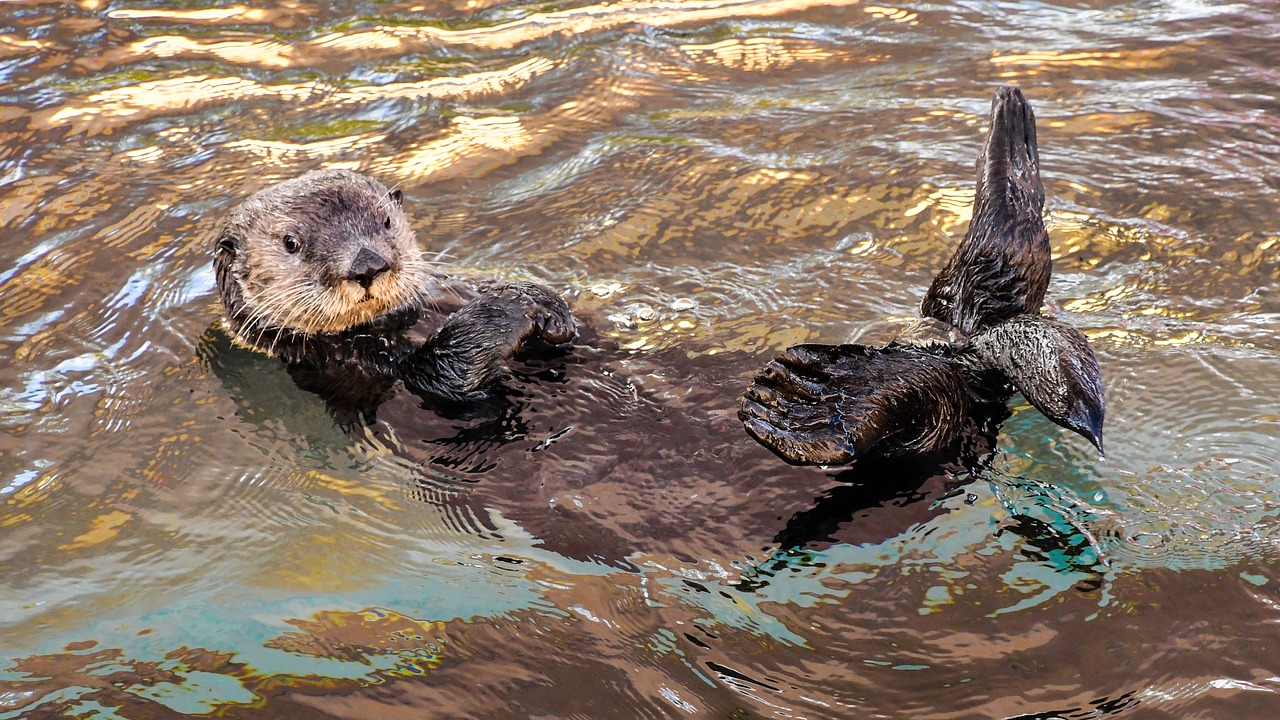 Cosmos found strong support in the $35 region, and even when Bitcoin appeared to stall at $40.5k, Cosmos still had some demand behind it. At the time of writing, the lower high market structure was broken, and Cosmos could retest it as support and make another ascent to the $43 area. Cosmos was one of the stronger large-cap coins recently, and it was possible it would see bullish momentum over the next week. 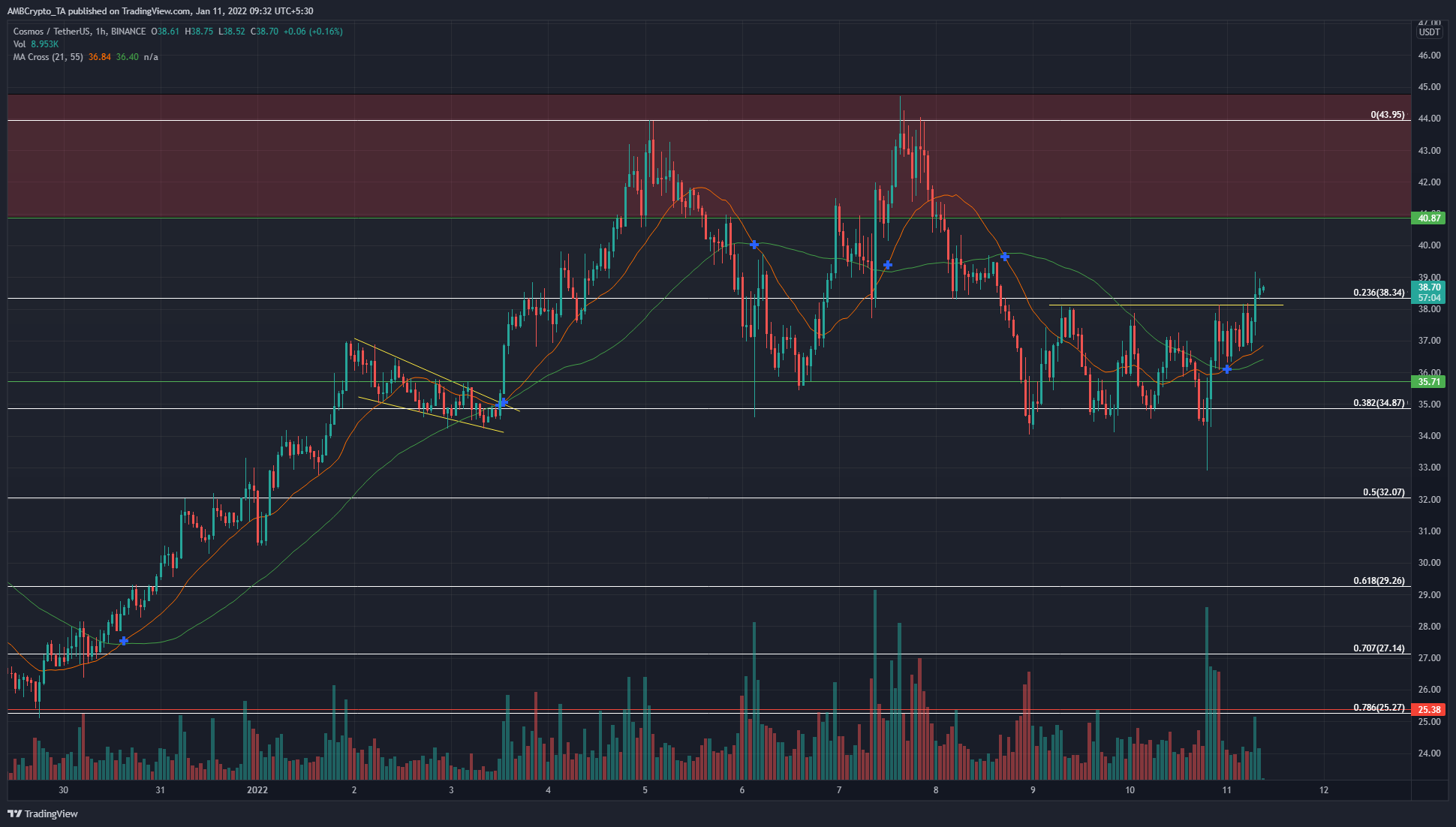 The highs that have been set over the past two days were at $38.1 (yellow) and the price had found sellers at this level. However, in the hours preceding press time, the price rose past this level.

This showed ATOM broke the low time frame market structure and was now poised to set higher highs. The price could retest $38.1 as support. 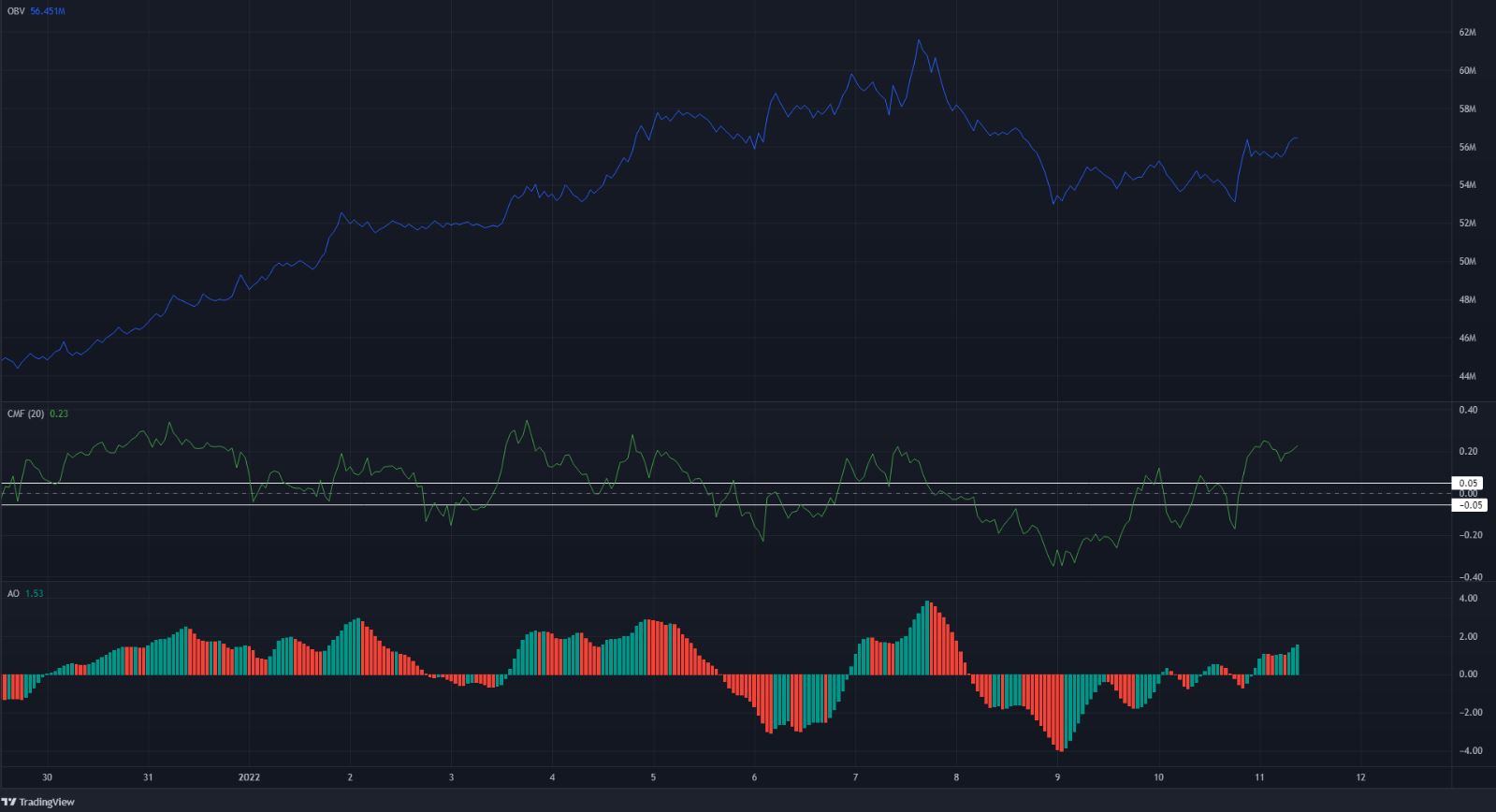 The OBV has been in decline over the past week after rejection at the $43 area. However, the past couple of days have seen some buying pressure, as the OBV formed higher lows. The Chaikin Money Flow indicator also agreed with the OBV and showed that capital flow was directed strongly into the market, a sign of strong buying.

The Awesome Oscillator was above the zero line and climbing, which showed bullish momentum. The 21-period moving average (orange) formed a bullish crossover with the 55 SMA (green).

On the 1-hour chart, ATOM has found demand at $34.8 and has also broken the $38.1 level. The price chart and the indicators showed that bulls were likely to drive the prices back toward the $42-$44 area of supply. This area was also a supply area on higher timeframes. If the price can climb past $44 and retest it as a demand zone, Cosmos could embark on another strong run upward once more, especially if Bitcoin has found the local lows and can manage to bounce.