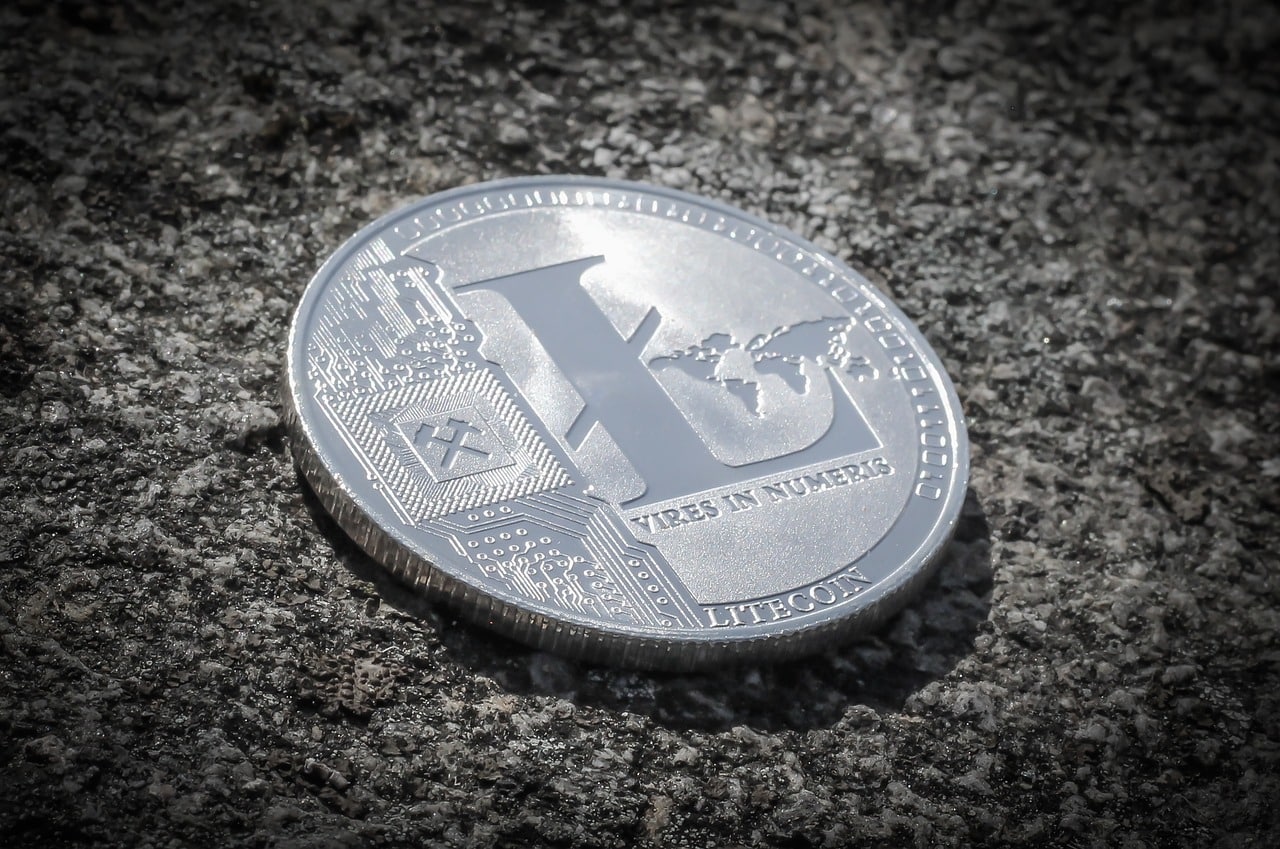 Litecoin [LTC] is up roughly 25% in the last seven days as the bullish market conditions pave the way for some upside. However, unlike most of its counterparts, LTC did not manage to sum up enough buying pressure to push out of its four-week range.

Litecoin’s price of $58.68 on 20 July had already started to show signs of losing momentum after the latest rally. 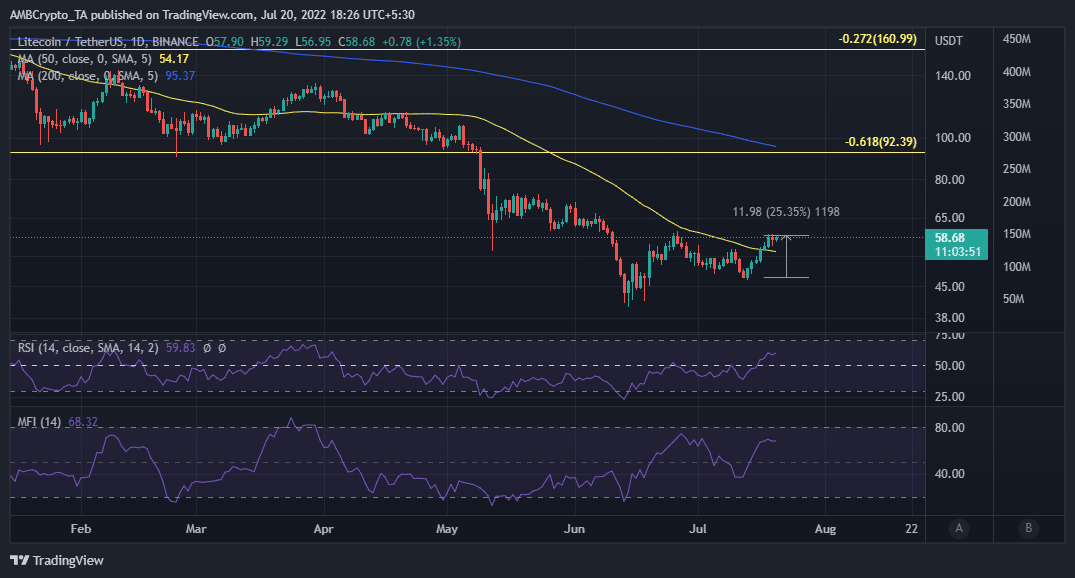 LTC bulls are experiencing resistance and this is manifesting in the Relative Strength Index (RSI) in the form of lateral movement at a retest of the previous top.

The Money Flow Index (MFI) highlights a similar observation, indicating that accumulation is tapering out. This is despite the fact that it still has some room for more upside before it is considered overbought.

Can Litecoin evade a pullback?

On-chain metrics highlight other factors pointing toward a potential retracement. For example, the age-consumed metric registered the largest spike in the last four weeks, peaking at 182.4 million LTC in the last 24 hours at press time.

The alt’s realized cap peaked at $615.96 million during the same period. This reflects heavy profit taking at the new resistance level.

It was down to 6.45% as of 20 July, confirming that quite a large number of LTC holders are in profit and that some have already started taking out their profits.

Litecoin’s current position suggests that it will more likely experience some bearish retracement before the bulls can regain their dominance.

As far as what to watch out for moving forward, the overall crypto market conditions still have a major impact on LTC’s price action.

This means that LTC might have a chance at some more upside if Bitcoin continues to rally. The opposite is also true where Litecoin will likely follow the overall market direction in the event of a pullback.

Assessing if Polygon [MATIC] can hold on to its recent gains