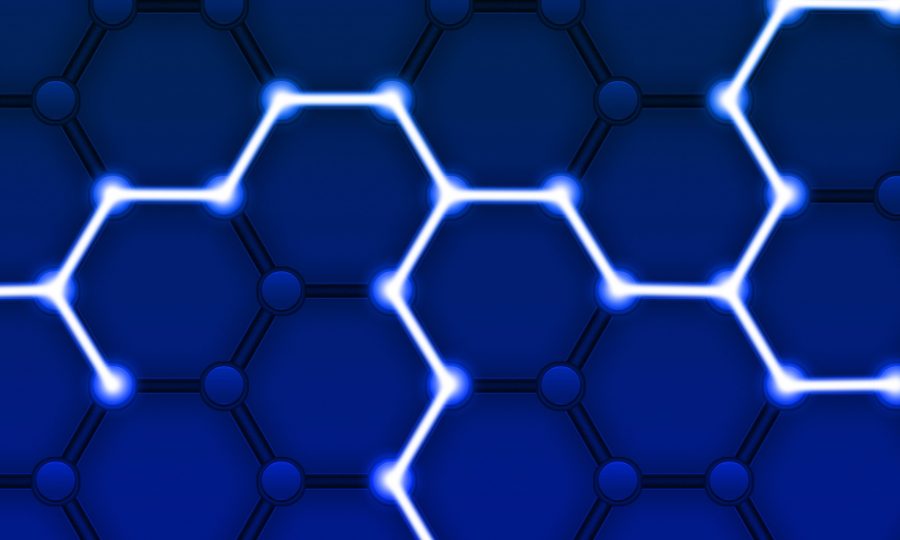 The scalability woes facing major public blockchain networks are well-documented. Following the sudden burst in popularity of cryptocurrencies at the end of 2017, networks like Bitcoin and Ethereum became highly congested.
Fees for processing single transactions soared past $50 on Bitcoin, and many decentralized applications [dapps] on Ethereum became unusable due to prohibitively high gas costs.
Dapp usage numbers on Ethereum have remained endemically low, as poor user experiences stemming from the lack of scalability plague dapp developers amid the network’s transition to a more scalable proof-of-stake [PoS] protocol.
The fallout of such a meteoric rise in mainstream awareness without the underlying technology to support such broad adoption numbers highlighted some important issues and shortcomings in the broader industry.
In particular, scalability and performance came to the forefront of development efforts among the teams that were able to endure the extended bear market of 2018-which cleansed many scams and poorly construed platforms from the market.
At its core, the scalability debate forked into primarily two camps: on-chain scaling and off-chain scaling.
Bitcoin’s community has pursued the off-chain scaling option with layer two innovations like the Lightning Network [LN], while other platforms like Elrond are focusing on building high-performance layer one protocols.
Bitcoin’s LN has gained a majority of the attention in the scaling debate due to its prominence as the legacy cryptocurrency.
However, projects like Elrond and the recent launches of several other PoS networks has revealed some critical perspectives on scalability that are worth evaluating-especially the potential of sharding.
The Scalability Woes of Public Blockchains
Performance issues have limited the capabilities of applications built on a Turing-complete public blockchain like Ethereum. The overarching difficulty in achieving scalability of public blockchains revolves around reconciling performance with security and decentralization-known as the “Scalability Trilemma.”
How do you minimize trade-offs between all three without sacrificing the core value proposition of a public blockchain?
The answer is challenging, and several projects view scaling on-chain as the optimal solution. For example, the scaling problems have propelled Ethereum’s community to adopt a wholesale transition from Proof-of-Work [PoW] to PoS as its consensus mechanism, dubbed Ethereum 2.0-also known as Serenity.
However, Ethereum’s transition to PoS involves several epochs that will take time to unfold, along with some potentially problematic communication and storage costs for participating validators.
The significance of Ethereum’s transition is that it is already a PoW network, and the move to PoS will involve some inherent trade-offs that are better addressed with a blockchain built from scratch.
Ethereum has been exploring the concept of sharding to improve the performance of the network, but other networks-like Elrond-have been making significant headway in pushing the limits of sharding technology with a blockchain network built from the ground up for scale.
Elrond Pushing The Limits of Public Blockchain Performance With Sharding
Sharding is a technique for partitioning databases more efficiently, also referred to as horizontal partitioning. Applied to a blockchain, sharding would allow nodes to process transactions in parallel, vastly increasing the performance of the network. However, sharding is exceptionally complex when applied to a blockchain, and can involve three tiers of sharding:

Each tier becomes progressively more complicated to implement but promises to provide unprecedented performance for a blockchain network without the trade-offs in security and decentralization.
That is precisely the goal that Elrond is working towards, and they’re well on their way.
Elrond already has produced a prototype for a sharded, linear scaling blockchain and believes that their unique design can provide the low cost, a high-performance public blockchain that enables unstoppable applications. Producing a working product in the cryptocurrency sector is a rare occurrence, let alone unveiling one before funding.
But until recently, Elrond did not take funding, they have been self-funded, making their technological breakthrough of a prototype even more impressive — and rarefied.
Elrond Co-Founder and CEO, Beniamin Mincu, mentioned,
“To our knowledge, we were the first to formalize and present a fully sharded architecture achieving linear throughput, combined with near instant finality and efficient secure proof of stake consensus via pBFT.”
The Elrond blockchain emphasizes two critical cornerstones to their overhaul of conventional blockchain infrastructure:

Adaptive state sharding is one of their core innovations that enables a blockchain to partition transaction processing, storage, and network nodes to allow individual shards to process a fraction of all the transactions in parallel.
The technique enables “linear scalability,” meaning that the network can scale to demands in proportion to the number of nodes and shards.
Building the adaptive state sharding model was no easy feat either. Elrond’s original theoretical paper presented the concept along with SPoS in May 2018, but the team wanted to prove their theory in practice, and quickly went to work on the prototype.
Beniamin added,
“Our paper presented the formal design of the Elrond architecture, our new adaptive state sharding approach, and a new Proof-of-Stake consensus [Secure Proof of Stake – SPoS]. Immediately after that, our focus shifted to validating the paper by demonstrating a working prototype for cross-shard transactions.”
Elrond eventually open-sourced the prototype in November 2018, and they learned some valuable lessons from its development.
Beniamin Mincu detailed,
“With the prototype released, we learned some insightful lessons about the limitations of Java libraries. Elrond Core was rewritten from scratch in GO for our testnet, in order to incorporate our new findings, and leverage drastically more optimized GO libraries. The results could not have been more promising. Initial internal testing showed a 30x improvement in throughput compared to our prototype, reaching 3750 TPS per shard. A feat practically impossible without the lessons from our prototype.”
Adaptive state sharding needs its complement, SPoS, for the network to reach its full potential though. Elrond’s SPoS uses randomness in its selection of “validators” in the network, who are akin to miners in Bitcoin but validate blocks based on a financial stake locked in the network rather than consuming electrical energy.
And such a design has a crucial consequence for fostering adoption by new users and developers.
“Traditionally, blockchains require a lot of knowledge and specialized hardware to run,” says Beniamin. “Due to the Proof-of-Work mechanism, the cost of such operations is very high. Elrond is designed to have low computational requirements, and low network participation costs [staking].”
Beniamin goes on to cite how the increased performance can drastically reduce costs for users of the network and for developers building applications on their platform. Combined with a low barrier to entry among mainstream participants, Elrond is a promising network that can be compatible with consumer-grade devices-catering to vast audiences of users.
With a powerful layer one protocol, platforms like Elrond that leverage sharding perceives better user experiences as a natural advantage that their networks afford — something that is necessary to onboard more users to cryptocurrencies.
Beniamin stated,
“Making a parallel with the early days of the Internet, you need to move from dialup to broadband to enable real dapps and give them a chance to capture value. First, we build a compelling infrastructure, then we invite devs to build interesting dapps, and then users follow.”
Sharding is an intriguing, albeit exceptionally complex, a solution to scaling woes among public blockchains. However, some substantial progress is underway, and Elrond believes that its sharding implementation is what the industry needs to evolve. With its testnet scheduled for public launch in the next 3 weeks, vigorous anticipation is sure to precede it and speculation to follow its results.
Beniamin concluded,
“Elrond is a completely new blockchain, built from scratch, aimed at responding to the global need for high scalability, low latency, and significant cost decrease.”

Can crypto rewards declutter your Inbox?