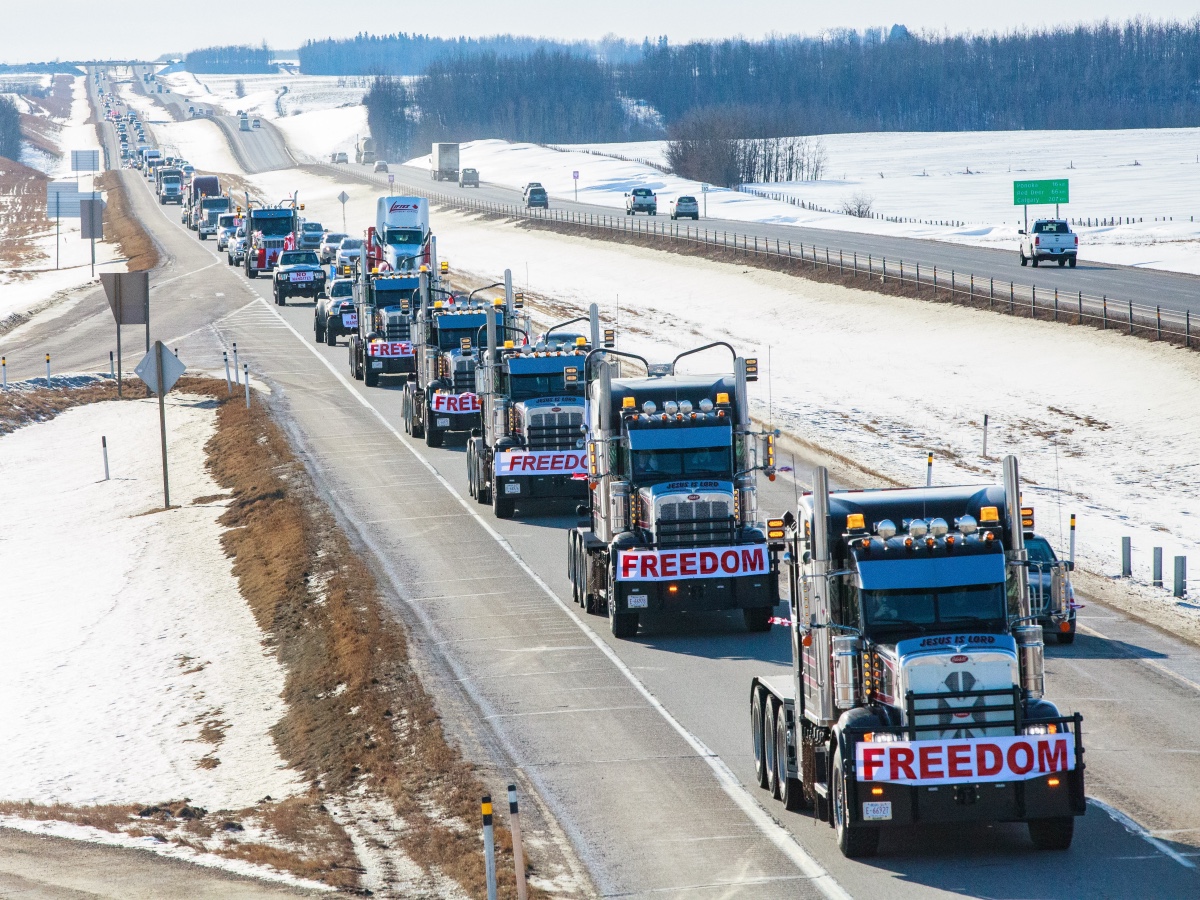 The Freedom Convoy 2022 trigged shockwaves across the planet as millions tuned in to watch Canada’s truckers blockade roads to protest COVID-19 vaccine mandates and regulations. Now, with authorities trying to cut off crypto-funding to the Freedom Convoy’s organizers, many are wondering if crypto exchanges and platforms will be on the hit list soon.

Nunchuk, a self-custodial Bitcoin wallet, is in the news today after it reported that it received a Mareva Injunction from the Ontario Superior Court of Justice. This order was for Nunchuk to freeze the assets of users allegedly involved in the Freedom Convoy, while also providing information about the same.

Nunchuk refused to do so, claiming it did not have the power to share such data, and that it only collected users’ email addresses. The official response concluded,

“Please look up how self custody and private keys work. When the Canadian dollar becomes worthless, we will be here to serve you, too.”

The injunction – targeting nine crypto platforms and more than 100 crypto addresses – came on 17 February. This was around the time Canada’s deputy Prime Minister Chrystia Freeland confirmed that police had shared information about crypto wallets with financial institutions.

Furthermore, Freeland promised that “accounts have been frozen and more accounts will be frozen.”

“Convoy” a message from me

What started as a truckers’ protest against vaccine mandates early this year is now being treated as a national emergency in Canada. Both protestors and the police have now been accused of violence. In particular, Ottawa’s Emergencies Act is being used to cut the flow of funds between crypto-donators and protestors.

A report published by Global News quoted a Freedom Convoy organizer who claimed that over $800,000 has been raised in Bitcoin. But, while many might hail a new era of crypto-donations, the Mareva injunctions – which also targeted Binance Smart Chain and PancakeSwap – show that authorities can make life difficult for crypto-platforms.

For instance, Kraken co-founder and CEO Jesse Powell confirmed that if push came to shove, Kraken would also be forced to comply with legal orders to freeze assets.

100% yes it has/will happen and 100% yes, we will be forced to comply. If you're worried about it, don't keep your funds with any centralized/regulated custodian. We cannot protect you. Get your coins/cash out and only trade p2p.

There’s a lot of uncertainty among crypto-investors right now, but one thing is for certain – More people in Canada are looking at crypto. The Canadian Bitcoin Spot ETF – Purpose – saw significant inflows of more than 1,000 BTC in a day.

However, this came shortly after a record-breaking outflow of more than 2,000 BTC.

Related Topics:BitcoinCanadaFreedom Convoy
Up Next

The next time SHIB investors are active, it could be when…