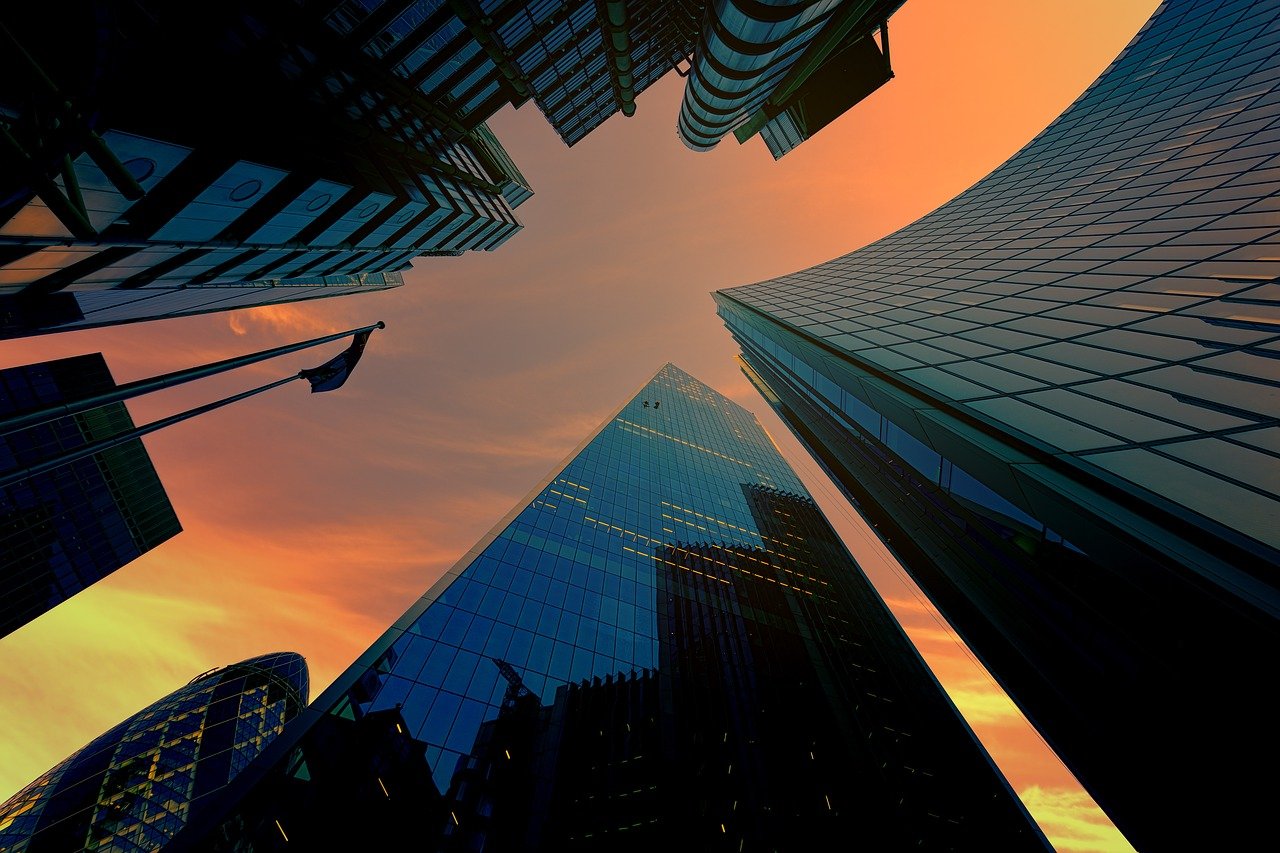 Cardano, over the weeks, has motivated and destroyed investors’ dreams alike as the coin almost shot up by 55% a few weeks ago, and now it is back to where it was two months ago. However, there are now some indications of tides changing in favor of the altcoin.

According to Santiment, Cardano is at that point right now from where it has historically only seen a price rise. This is verified by the fact that when the intraday MVRV 30-day interval was close to 29%, prices peaked too, and as soon as it fell, it took down ADA with it.

Now, as it is at negative 15%, the price and the indicator have both bottomed, and from here on, a rise is looking possible. This will mark an important event since Cardano has not marked a new all-time high for seven months now. 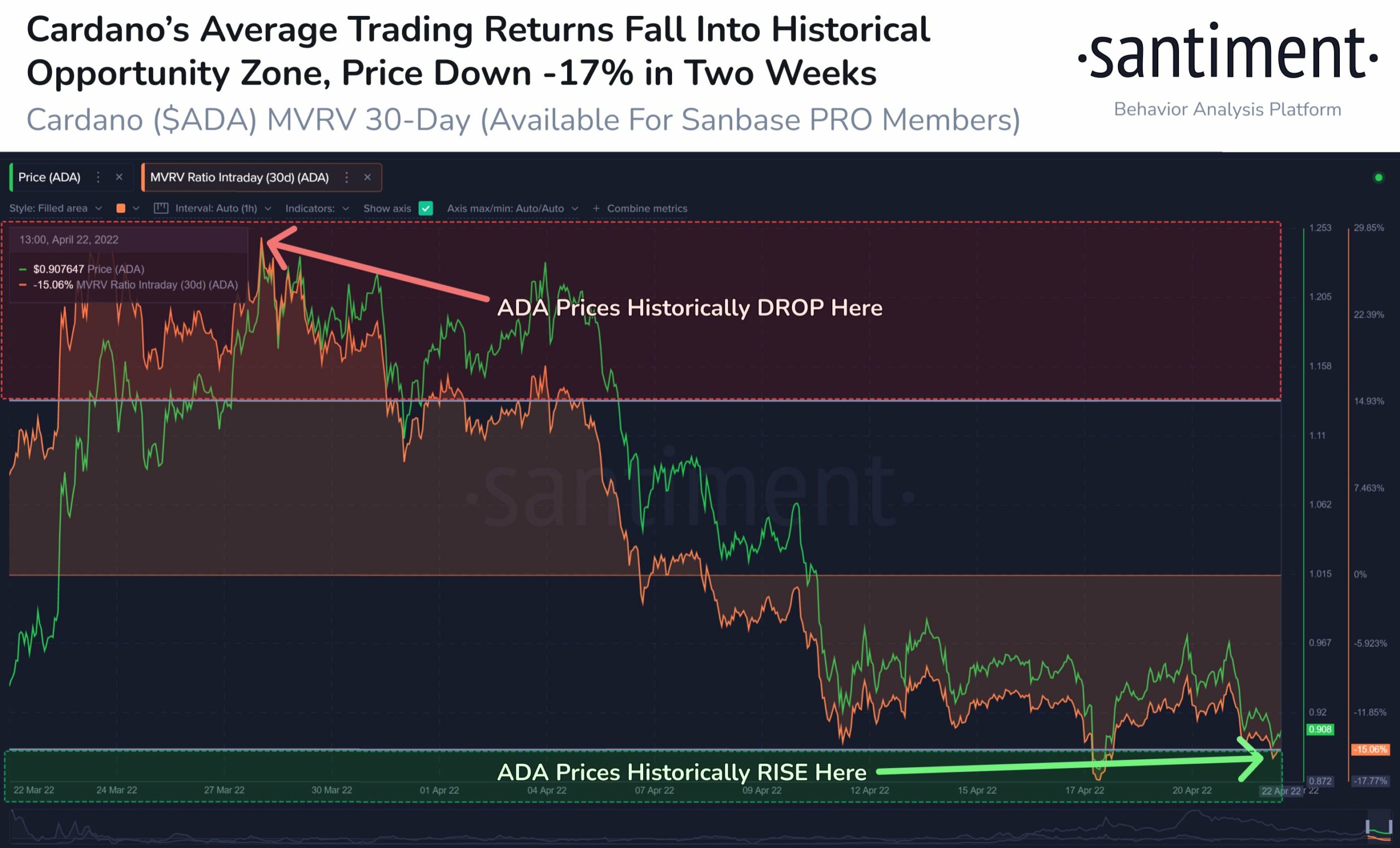 The coin performed terribly during the broader market rally of October, performed similarly during the January rally, and only made some significant gains during the mid-March to April rally when it shot up by almost 55%

However, 27% of it was invalidated over the last two weeks. Even though the potential rise might not help ADA in achieving a new all-time high by rallying by 258.28%, it will certainly help in the coin closing above $1.214, a resistance that has not been breached in almost two months now.

Although a new ATH would be a truly dream come true moment for investors who have been waiting for it for a while now. Especially the 204.79k addresses that only bought their ADA in September when the altcoin was trading at $2.961. 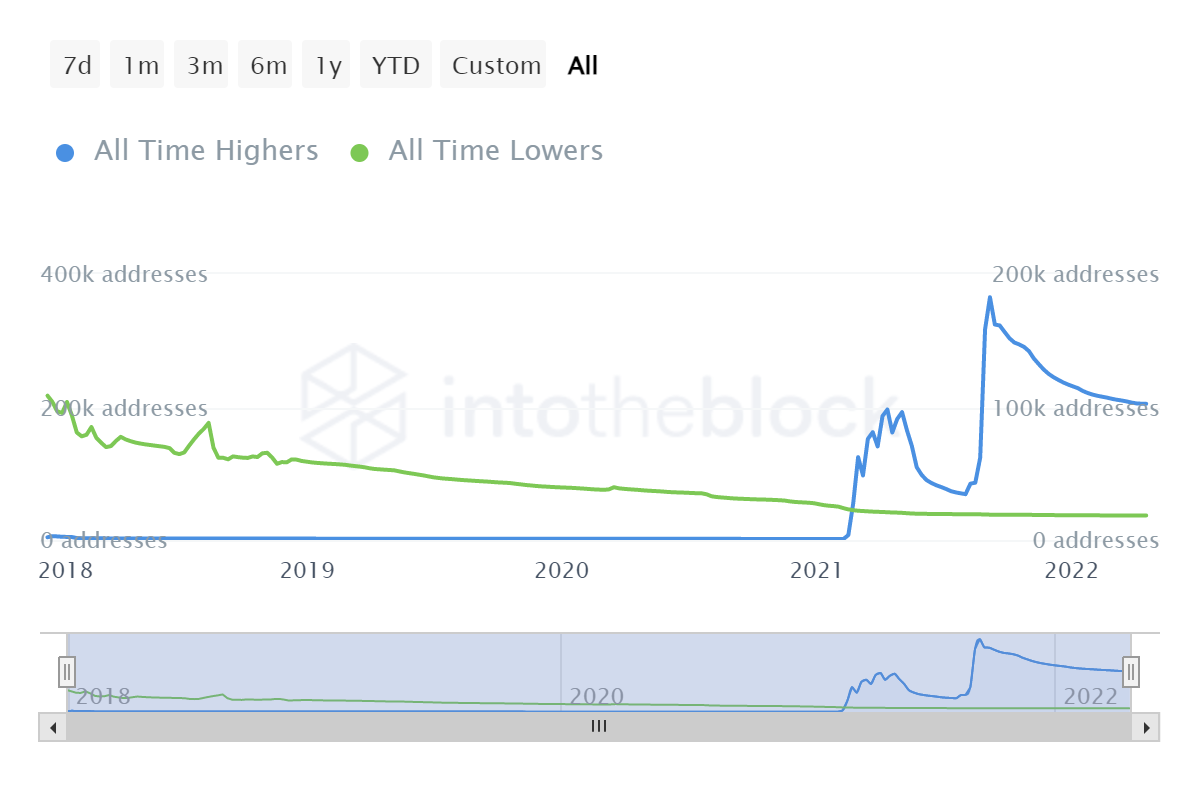 But since that might not be happening right now, it could lift some of the other 84% of ADA holders who have been desperate to be saved from the ensuing losses. There is some assurance about this since a significant chunk of the volume that was bought by ADA holders has been around the aforementioned resistance of $1.214. 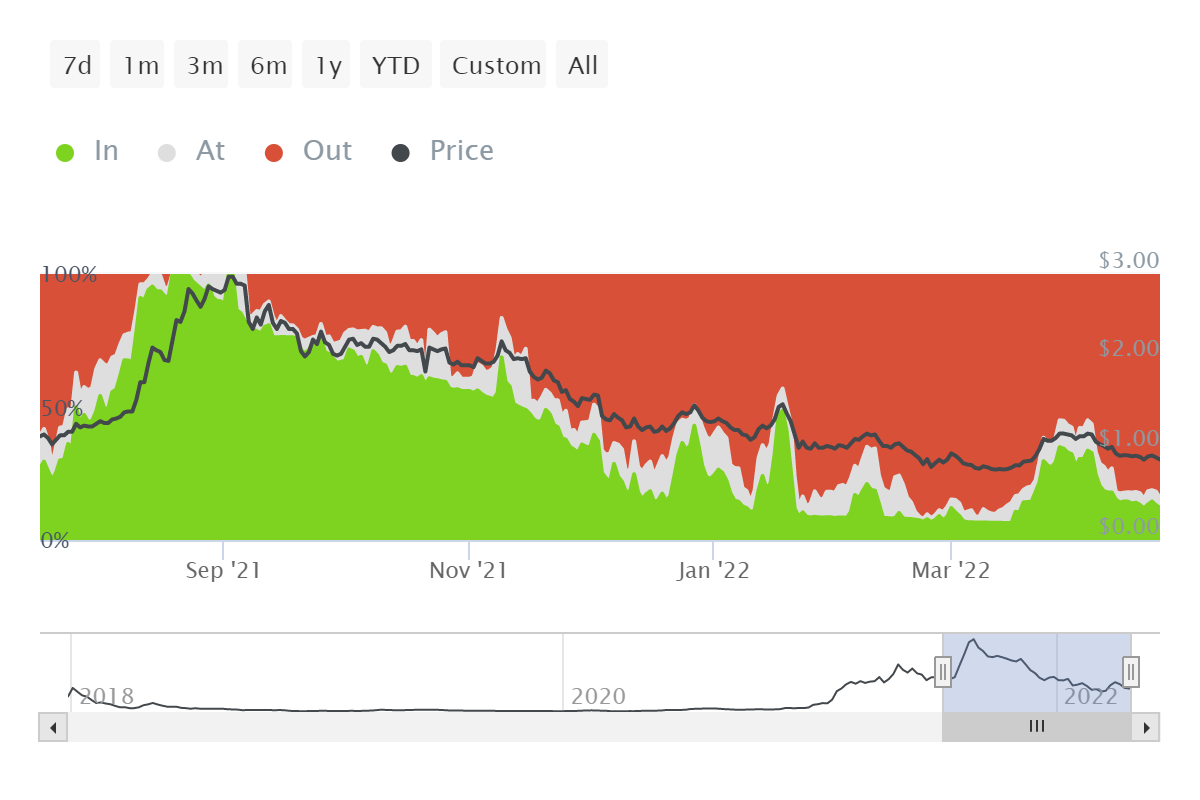 In all, investors purchased close to 26.18 billion ADA worth $23.5 billion at varying prices under $1.214, and if the altcoin makes this recovery, 26 billion ADA will be redeemed, and that will be a huge motivation for investors.

As Shiba Inu metaverse sale enters its final stage, here’s how its tokens have fared