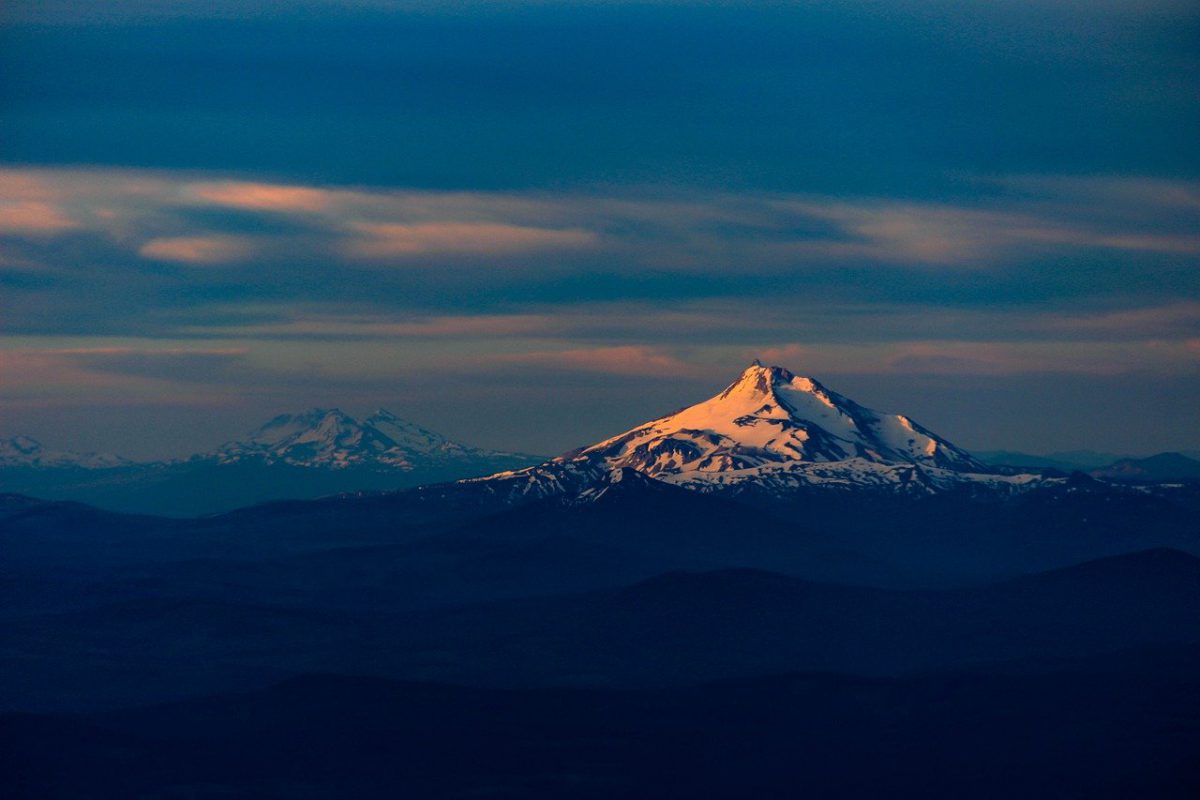 Cardano broke out past the $1 level and retested it as support, and eyed $1.34 as a target. Crypto.com Coin ended a long period of accumulation and broke out strongly over the past few days. Synthetix could post some losses in the coming hours. 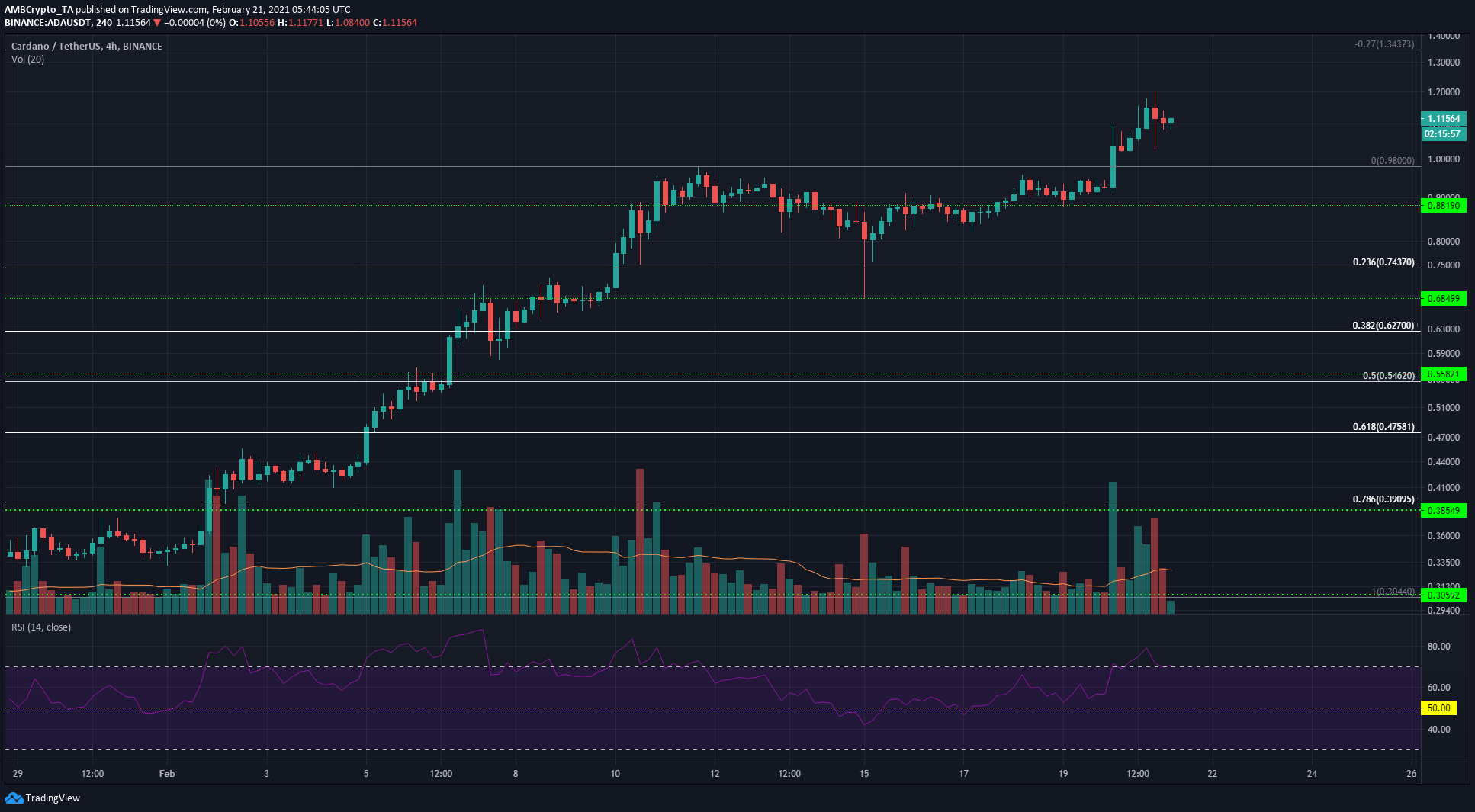 ADA rose above the $1 mark and retested it as support. Subsequently, ADA continued to climb and held a value of $1.11 at the time of writing. The RSI was strongly in favor of the bulls, and the next target is the 27% extension level at $1.38.

The surge above and retest of the $1 level occurred on strong trading volume, making this area strong support should ADA decline once more. 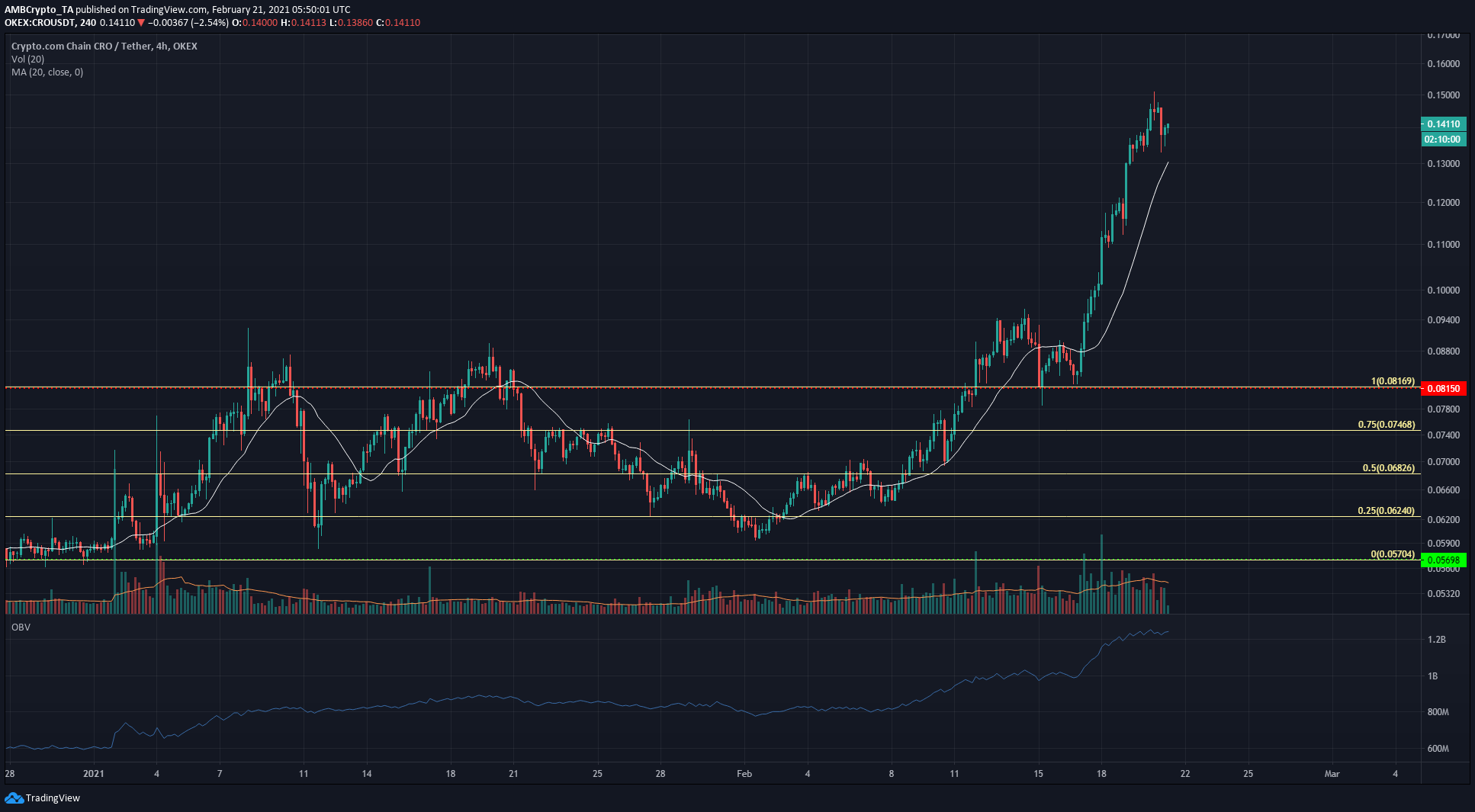 CRO halted its downtrend and began to trade within a range from $0.057 to $0.081, with levels of importance in between the range highs and lows marked on the chart. The past couple of weeks saw CRO breakout of the range and retest the range highs before registering strong gains.

On the 4-hour chart, the 20 SMA (white) struggled to keep pace with the gains CRO posted. Trading volume has been significant, although not extraordinary. In all, it points at a strong trend upward.

The $0.13 and the $0.115 mark could be good buying opportunities if CRO loses the $0.13 level. Until it does, bulls can be expected to push the price higher. 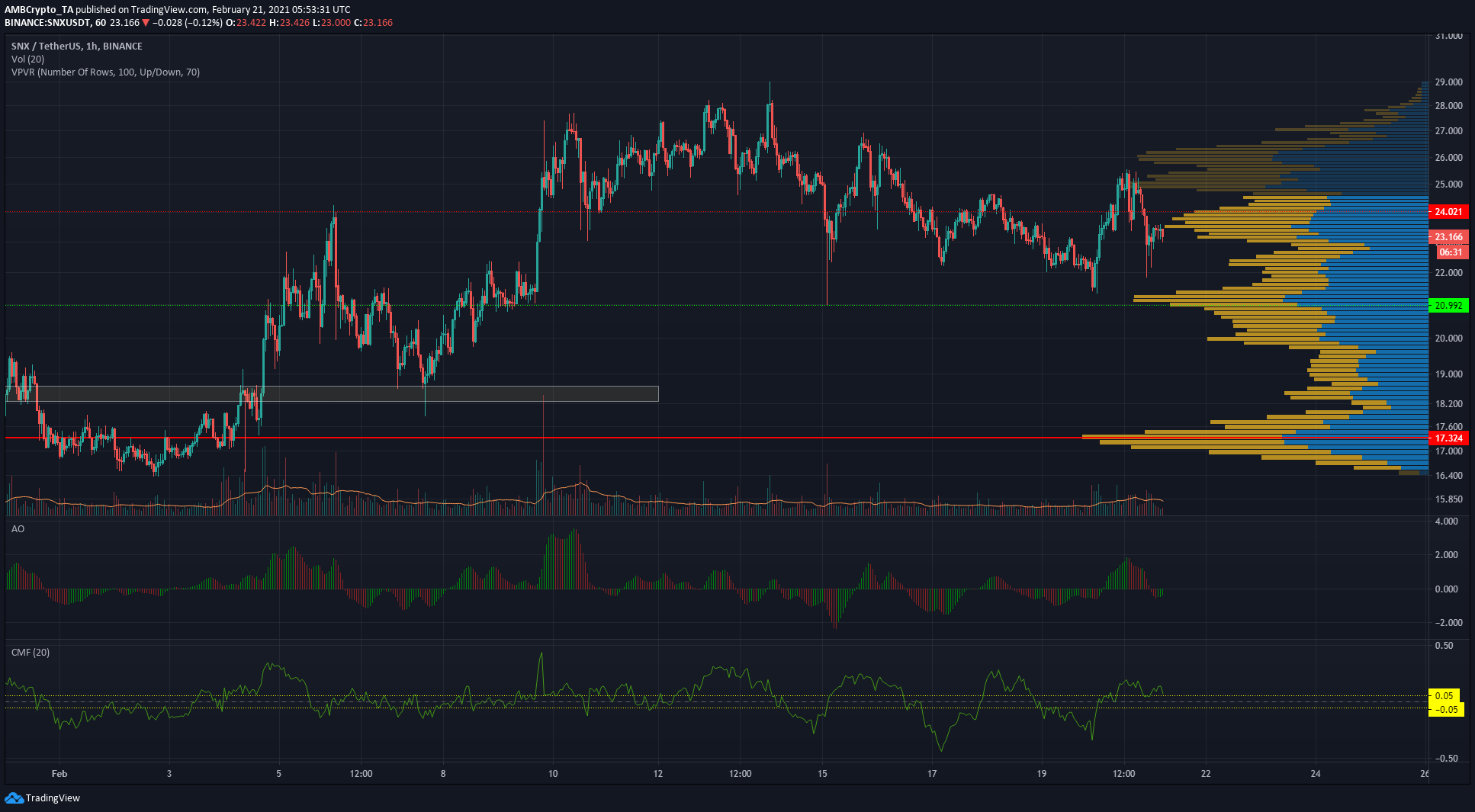 Synthetix sank beneath the $24 level and also the $23.1 region, which the Visible Range Volume Profile showed was an area of intense trading activity. Using the VPVR to plot potential areas of strong support, it can be seen that beneath $23.1, the next level of importance lies at $21.

The Awesome Oscillator moved beneath the zero line to denote bearish momentum, although the green bars were seen due to the bounce off the $22 mark. The Chaikin Money Flow was above the +0.05 value to denote net capital inflow into the SNX market-but this is likely to change if SNX is pushed below $23 once more.

Is Ethereum heading to another ATH?

Is Bitcoin a better invention than the internet? Charles Hoskinson thinks so