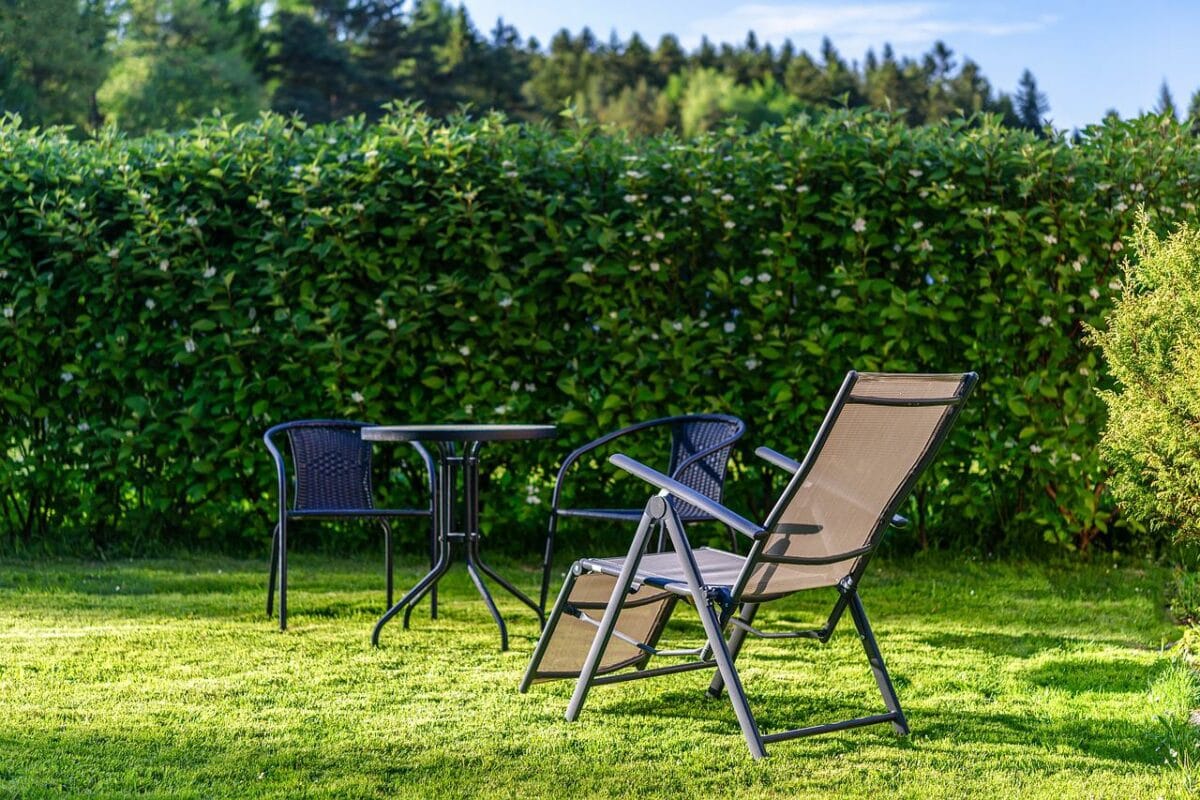 Bitcoin [BTC] fought its way back above the $20k mark after floundering about the $19.8k mark the previous day, to trade at $21.1k at press time. Cardano [ADA] has been trading within a range for a little over a month now. This presented a chance for traders to enter the market when the price reached either extreme of the range. Cardano saw a bounce from the range lows at $0.44 and presented a possible buying opportunity in a lower timeframe. 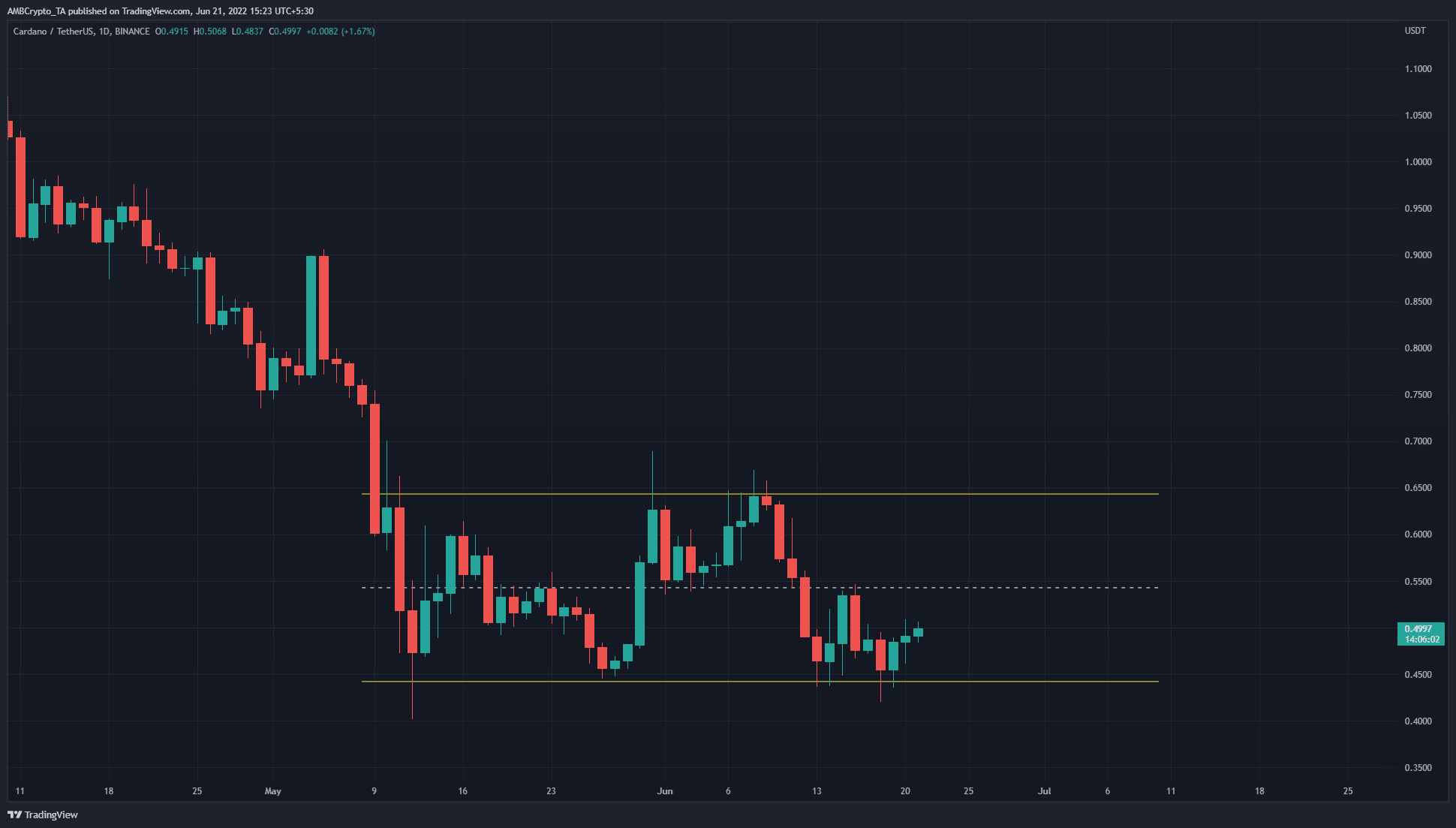 On the daily timeframe, ADA had traded between the $0.44 and $0.65 support and resistance levels for nearly six weeks. The mid-point of the range lay at $0.54, and ADA exchanged hands at $0.49 at press time.

The mid-range represented a tough resistance to the bulls, alongside the range highs. Therefore, the mid-range level at $0.54 can be used to take profit on any buys from lower down the charts.

Another factor that the daily timeframe unearthed was that the $0.488-$0.5 area acted as resistance. The current trading session was within this area but had not yet faced rejection. 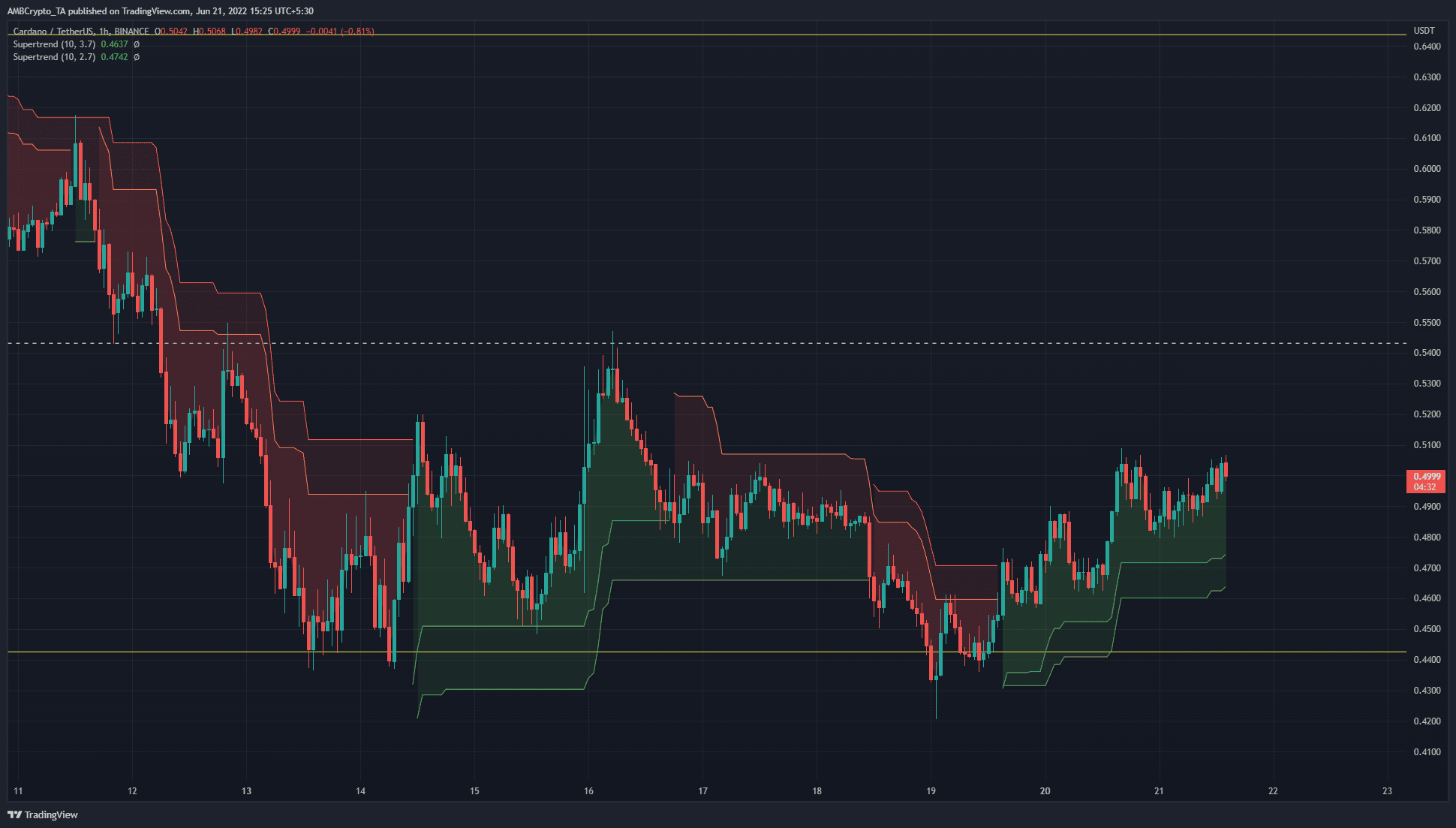 Ergo, the lower timeframe bias was bullish. The two Supertrend indicators also agreed as they flashed a buy signal for ADA on the hourly chart. But where would an ideal entry be? 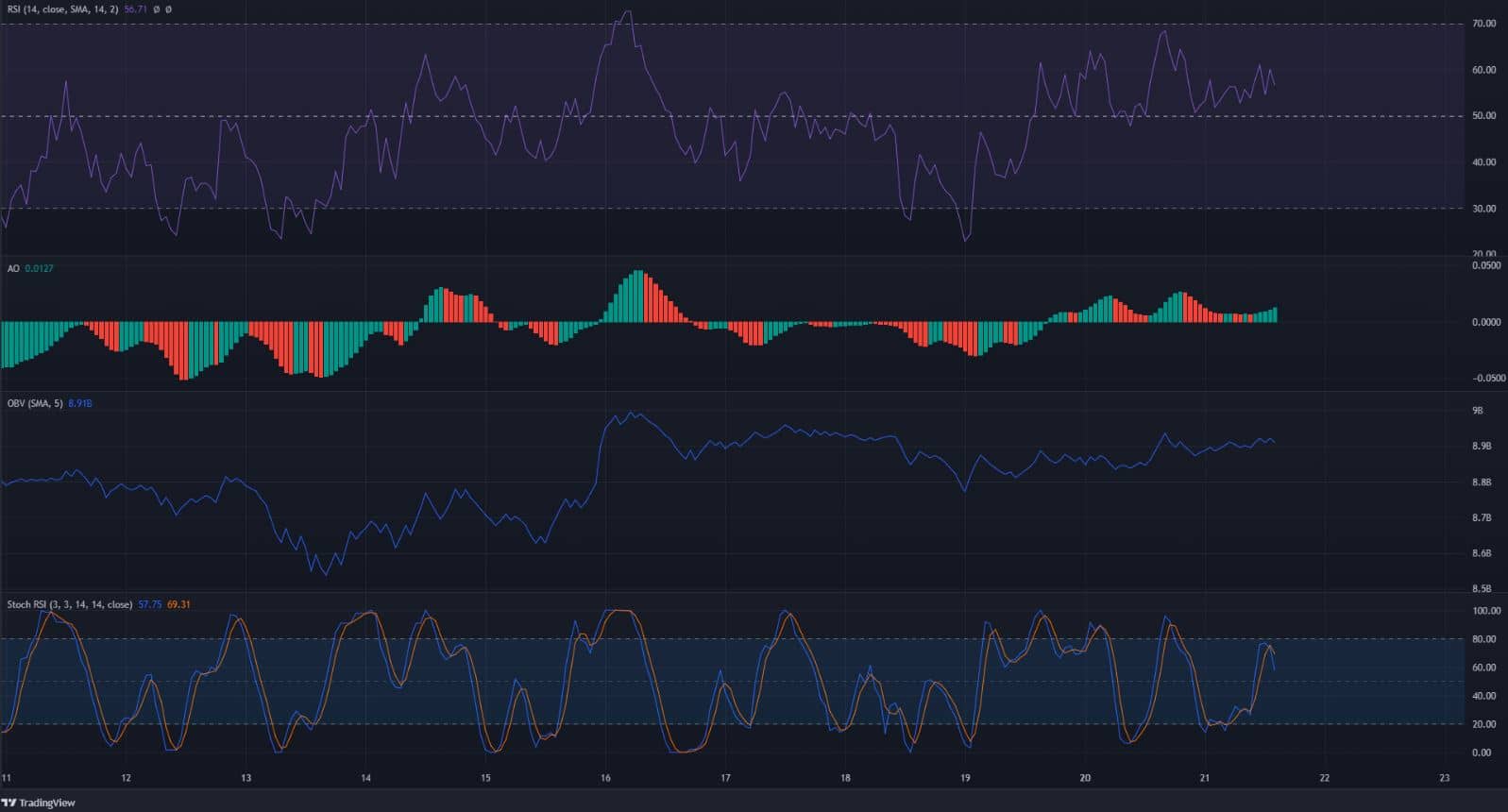 The Stochastic RSI, in conjunction with the Supertrend indicator, can be used to time a lower timeframe entry. At press time, the Stochastic RSI formed a bearish crossover and headed lower. If it reaches the oversold territory, traders can watch ADA more closely. A bullish crossover in oversold territory, while ADA remained above the Supertrend indicators on the H1 timeframe, could be used to enter a long position.

To support the bullish notion, we have both the RSI and the AO showing bullish momentum. The RSI rose above the neutral 50 line and has stayed above it. The Awesome Oscillator (AO) was also above the zero line.

At the same time, the OBV has steadily climbed higher. This suggested the presence of buying pressure behind Cardano in the past few days.

Above the hourly timeframe, the $0.54 area was highlighted as a strong resistance level. On the hourly timeframe, the $0.488-$0.5 area could offer traders an opportunity to buy ADA, with a bullish target of $0.53-$0.54 to take profit at. A stop-loss just beneath the $0.478 mark can be set. A session close below $0.48 would break the previous higher low, and flip the structure to bearish.

Tron: Why TRX traders must identify these signs of a possible reversal