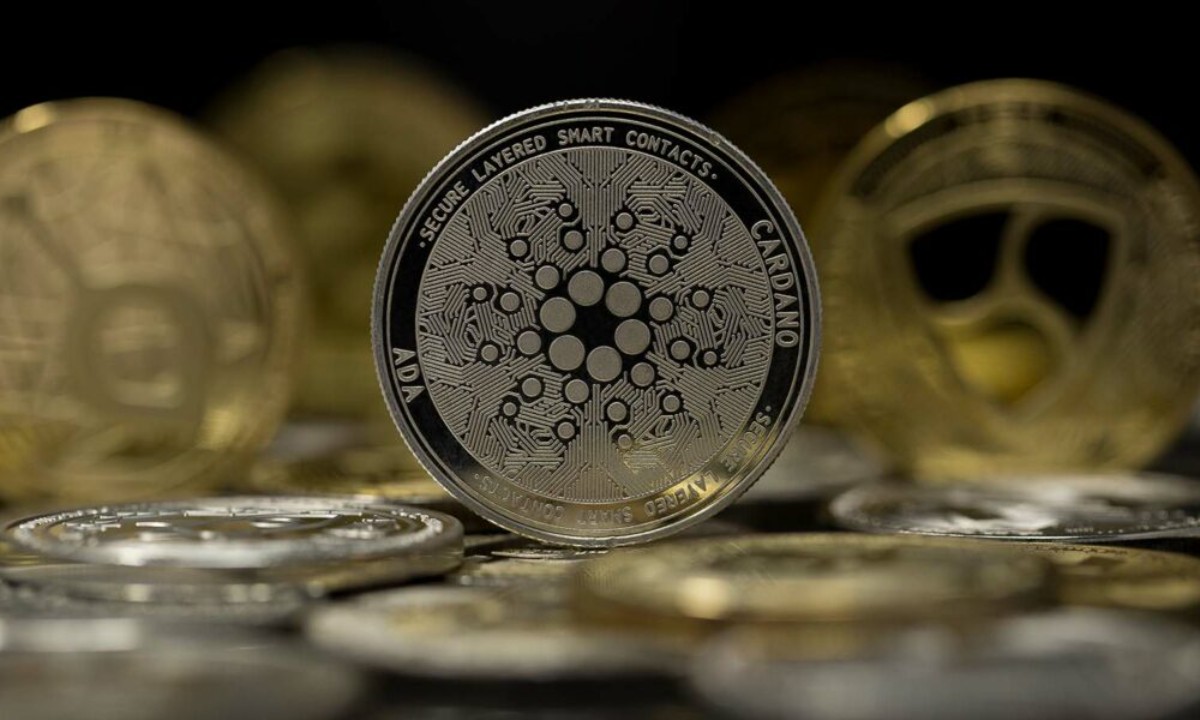 Cardano is currently one of the strongest assets in the entire market. The third-generation cryptocurrency has been making huge strides, ranging from 4% to as high as 13% and 17% in a single day.

There are times when rallies fail to profit the investors as well as expected. Looking at the metrics, it appears that for Cardano too, there is more to its profitability, than what may seem.

How well are Cardano investors doing

Data revealed that in less than a month, ADA climbed the market by 103%. It rose from $1 on July 21 and reached $2.1 as of press time. This rise has also been drawing in more investors into the market, as over 500k new addresses were observed in merely 10 days. This has placed total addresses to a high of 2.8 million. 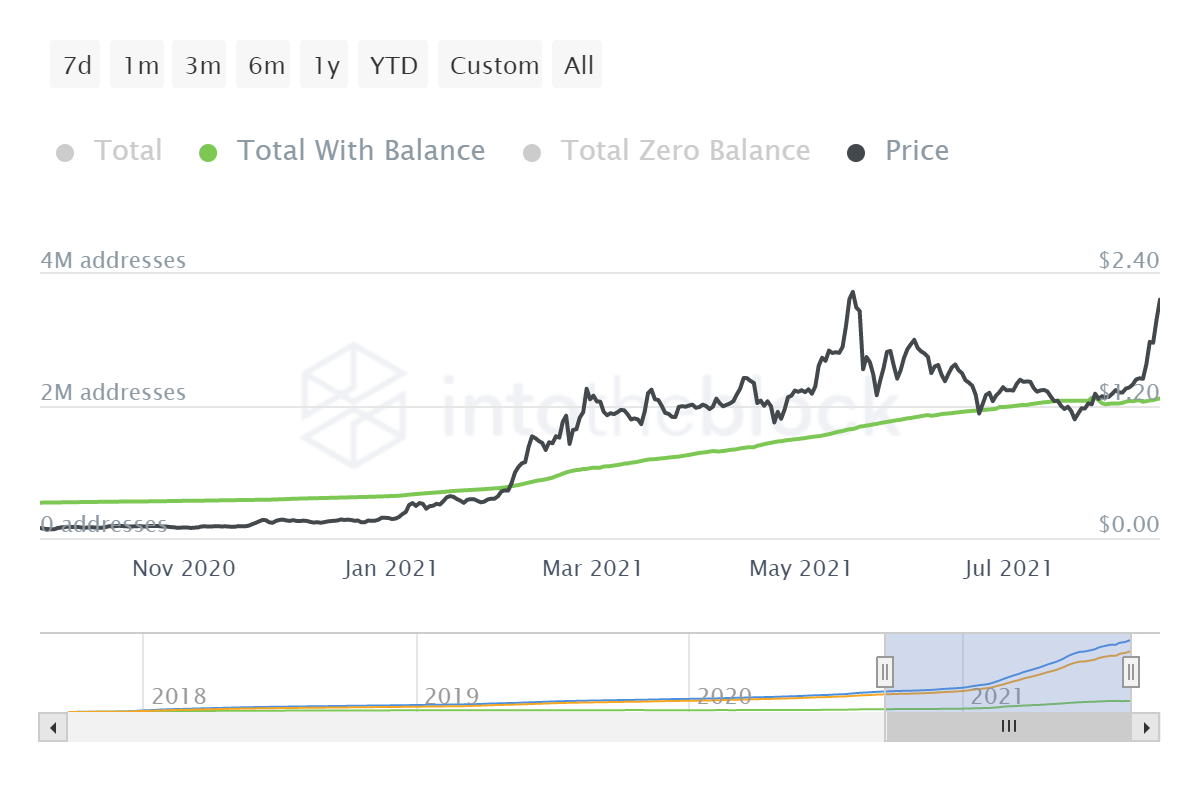 However, not only have new addresses been increasing, but the profitability too has gone up. In less than a month since July 20, profitable addresses increased from 27% to 95%. A boost can prove highly lucrative for investors.

On top of that, when the figures that emerged by calculating the average balance of all addresses combined, sum up to $37,500. This shows that Cardano addresses are enjoying some serious profits at the moment. 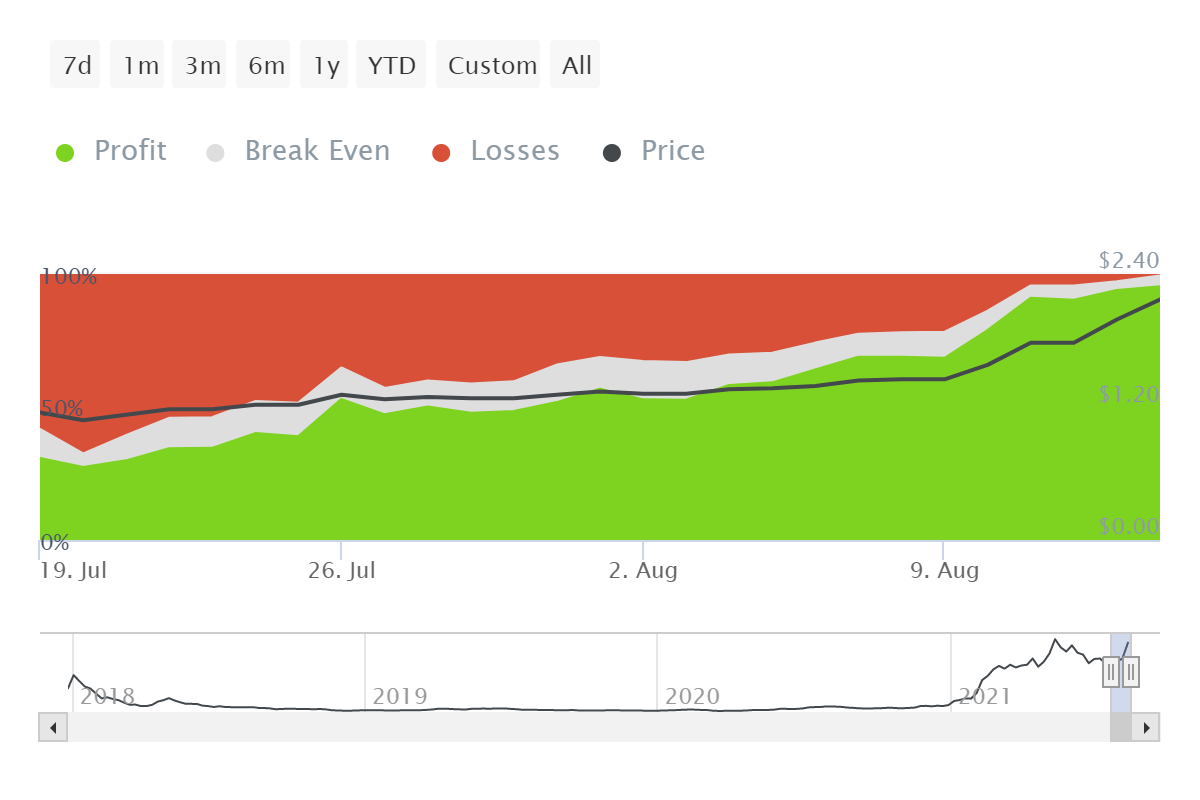 But how does the future look

Based on what the metrics say, very bright. At the time of this report, Cardano’s correlation to Bitcoin was at 0.82. This is higher than what it was in May. Such levels could potentially place ADA as a highly sough after asset in the market, among investors.

What’s more, with the recent takeover of Binance Coin, Cardano became the third-largest cryptocurrency. Additionally, the upcoming smart contract capabilities (slated for September 12), will  likely make ADA the most desirable cryptocurrency for the next few months.

Lastly, looking at the current demands of buy and sell, it appeared that people were making profits from both sides, with a higher preference for selling. Bid orders (buy) reached 28 million at $1.85, whereas ask orders (sell) touched 33 million for $1.86.

And with the transaction volumes reaching as high as those in May, at $7.7 billion, both the network and the investors appeared to be on an upward trajectory. 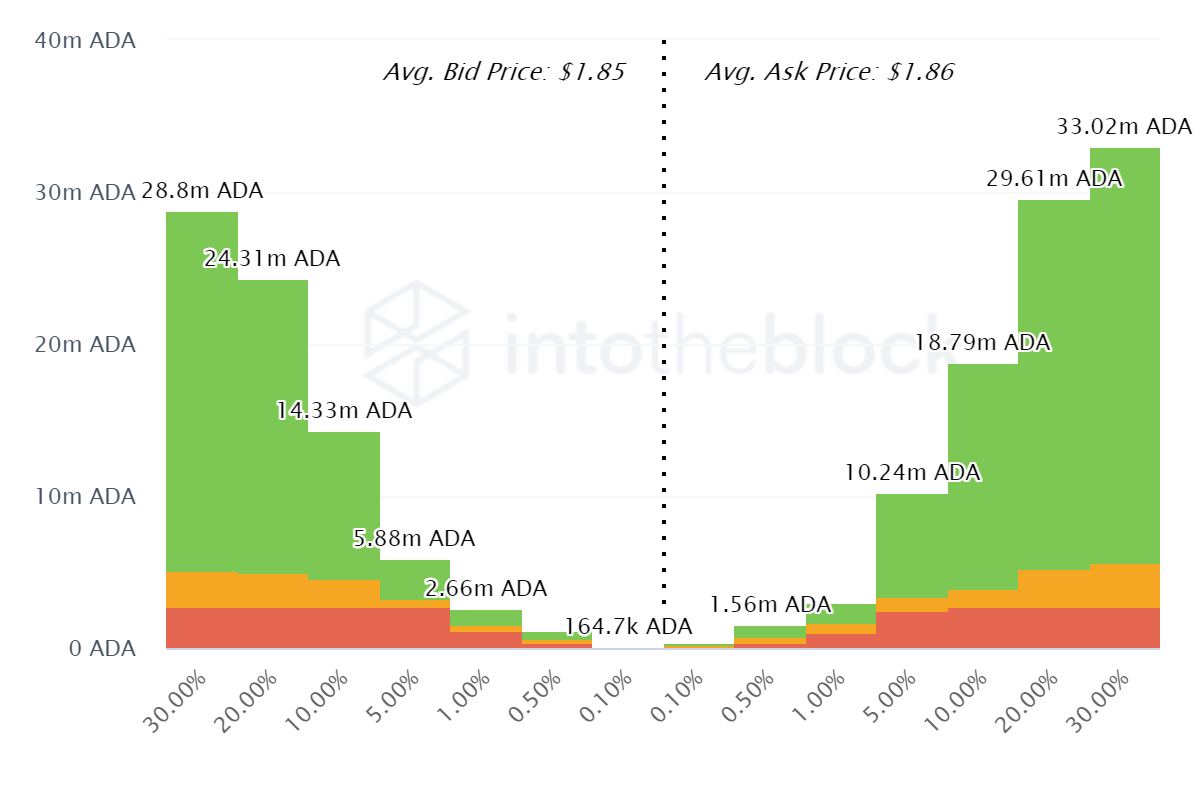 Related Topics:ADACardanoCardano rally
Up Next