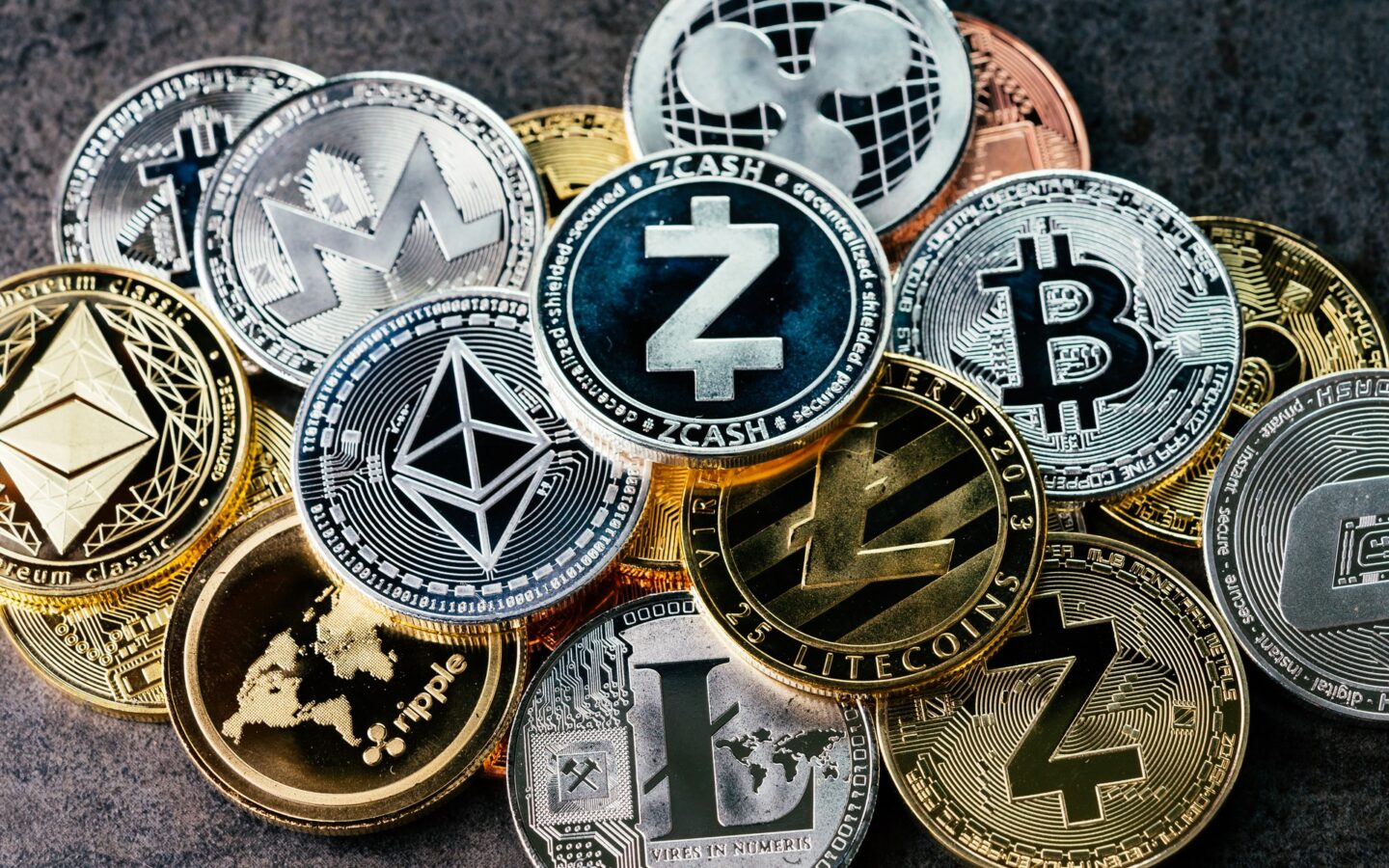 Even though Bitcoin controls almost half of the entire crypto market, altcoins play a very important role in uplifting the market as well. Looking at the recent performance of some major altcoins, it appears that they have the potential to take the altcoin market cap (Altcap) to higher major levels.

Are altcoins worth it?

They very much are. Recently, many altcoins made significant gains in the last couple of days. The altcap has been rising steadily over the previous 2 weeks standing at $1.055 trillion at the moment.

It isn’t very far away from reaching its ATH of $1.35 trillion and there are some good chances of that happening. If you observe the candlestick movement, you can see how the altcap successfully retested the 2017 ATH.

Additionally, the altcoin market cap breached through the months-long weekly resistance, rising above the April levels. 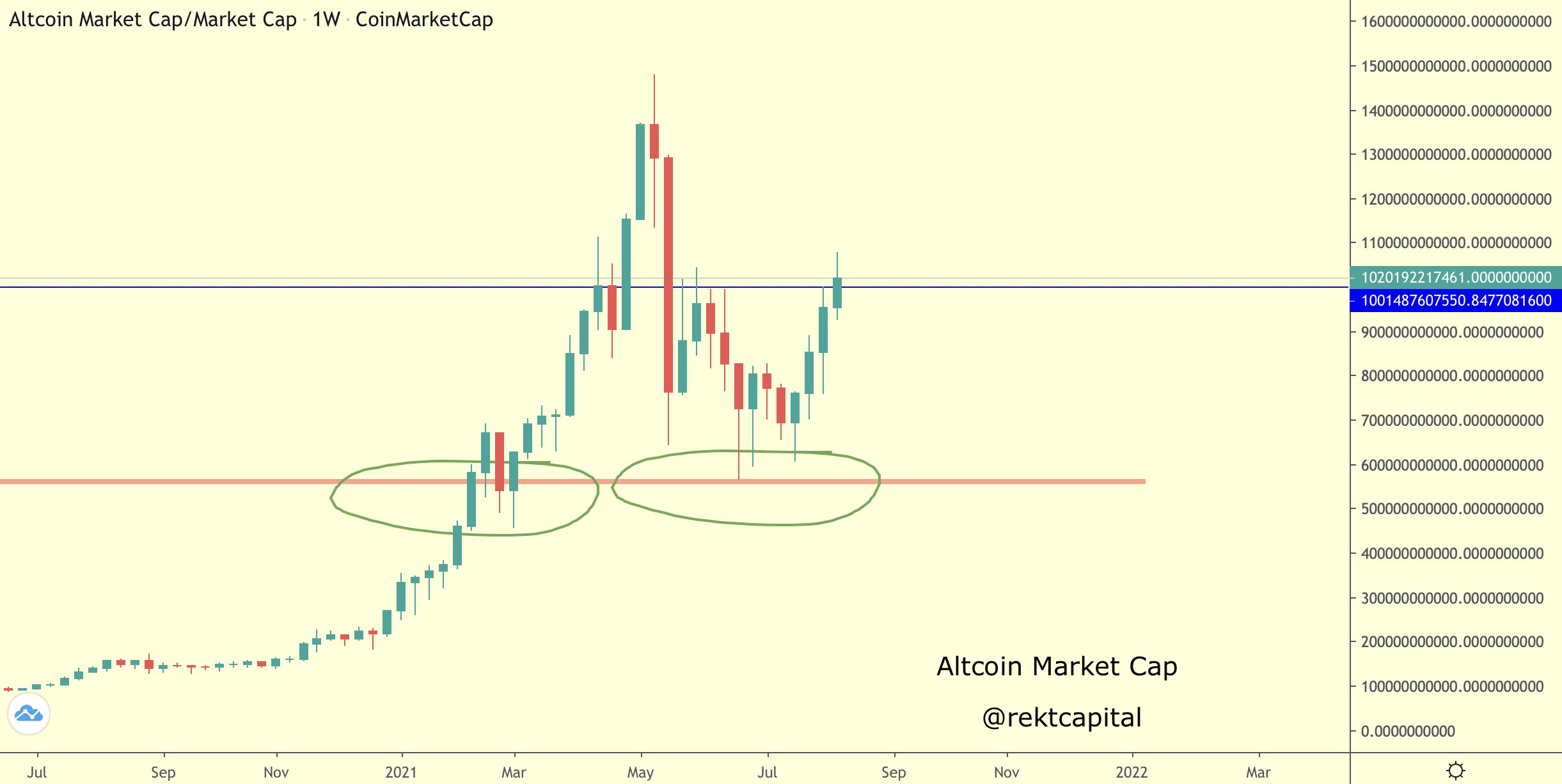 Moving forward there are very few chances of any more resistance as it gets closer to its ATH (May levels). Supporting this are the indicators Relative Strength Index (RSI) and Chaikin Money Flow (CMF). RSI assesses the overall value of the asset and in the case of altcap, on the weekly chart, it is yet to touch the overbought zone. This means that there is still some opportunity for the alt market to rise.

Additionally, on the daily chart, CMF indicates some huge amounts of capital inflows flowing into the market. This translates into a good sign for the market itself. But when it comes to which alt is doing best, there are some interesting observations. 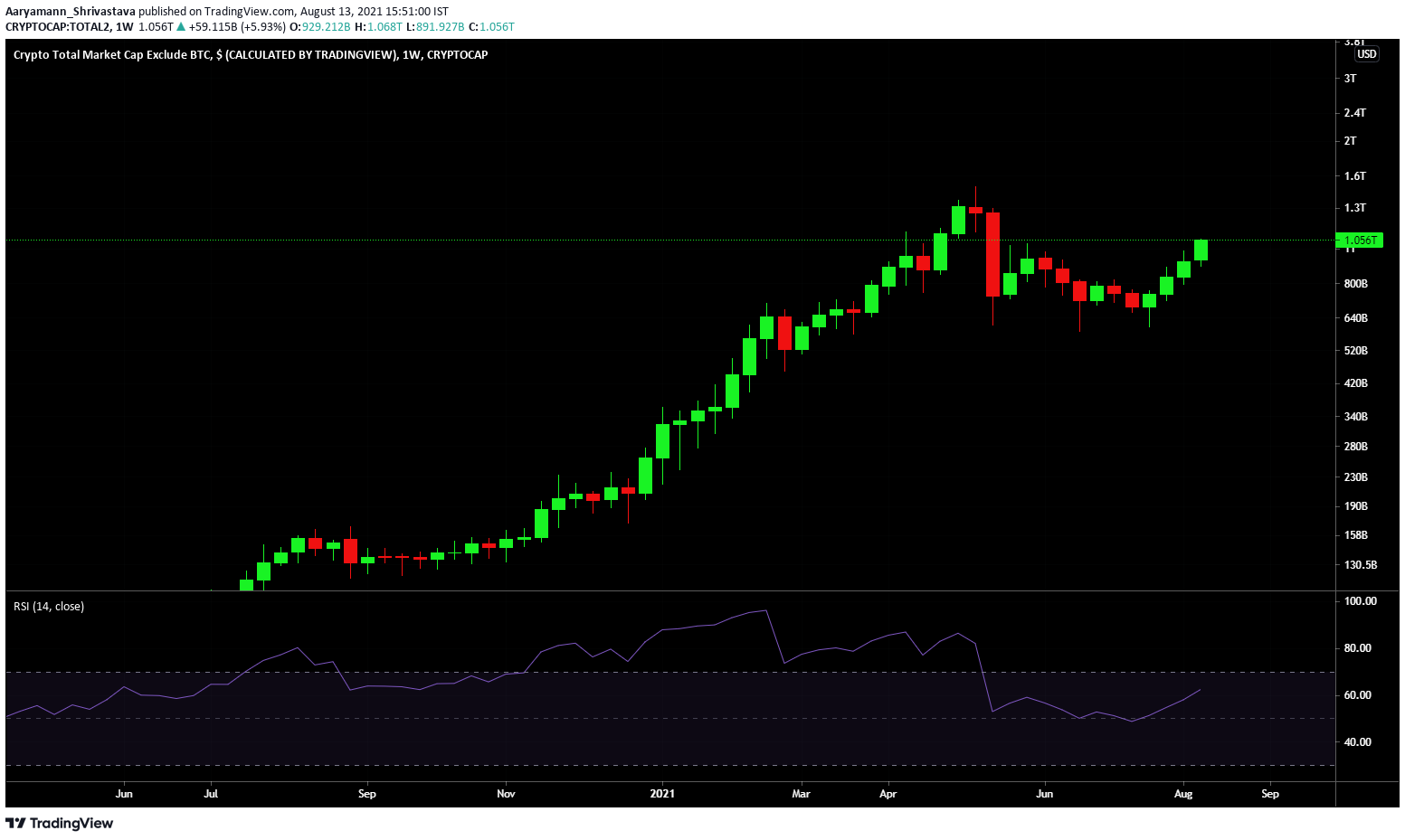 Which alts are up?

Overall, almost all coins are doing well thanks to the recent rally. But singling anyone out does not do justice. So apart from Ethereum, the coins which performed in the last couple of days are – Cardano, Litecoin, and Polkadot. 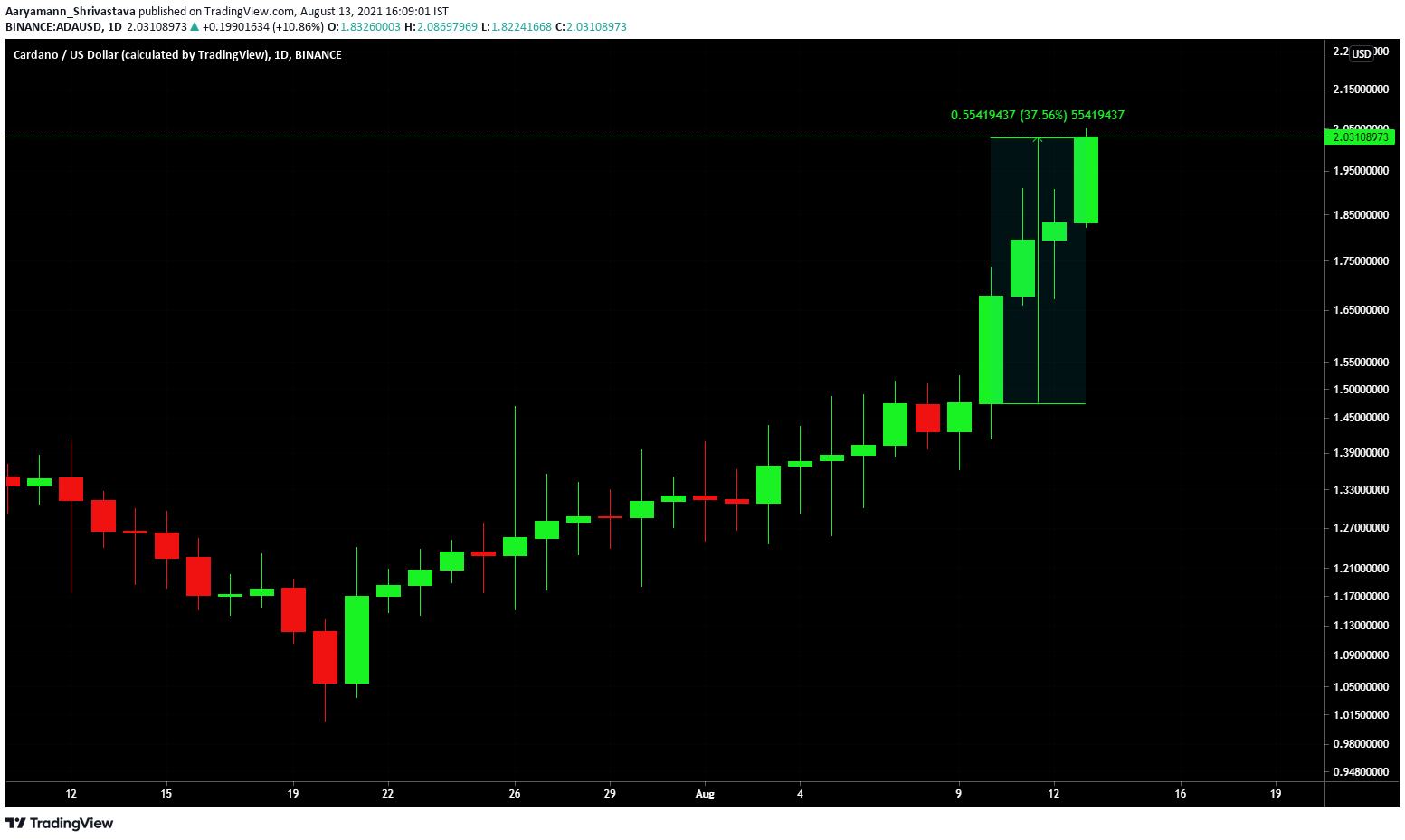 Additionally, on-chain data exhibits their overall performance as well. In terms of transaction volumes, ADA has had a consistent volume of $4 billion – $5 billion. LTC has a range of $1 billion – $4 billion, spiking every now and then.

In terms of daily active addresses even though ADA witnessed a slight drop, for most parts its addresses keep near the 70k range. LTC on the other hand has active addresses of around 300k and rising further. And even though DOT does not have such high number of addresses, they keep up with the rising market as their addresses rise as well. 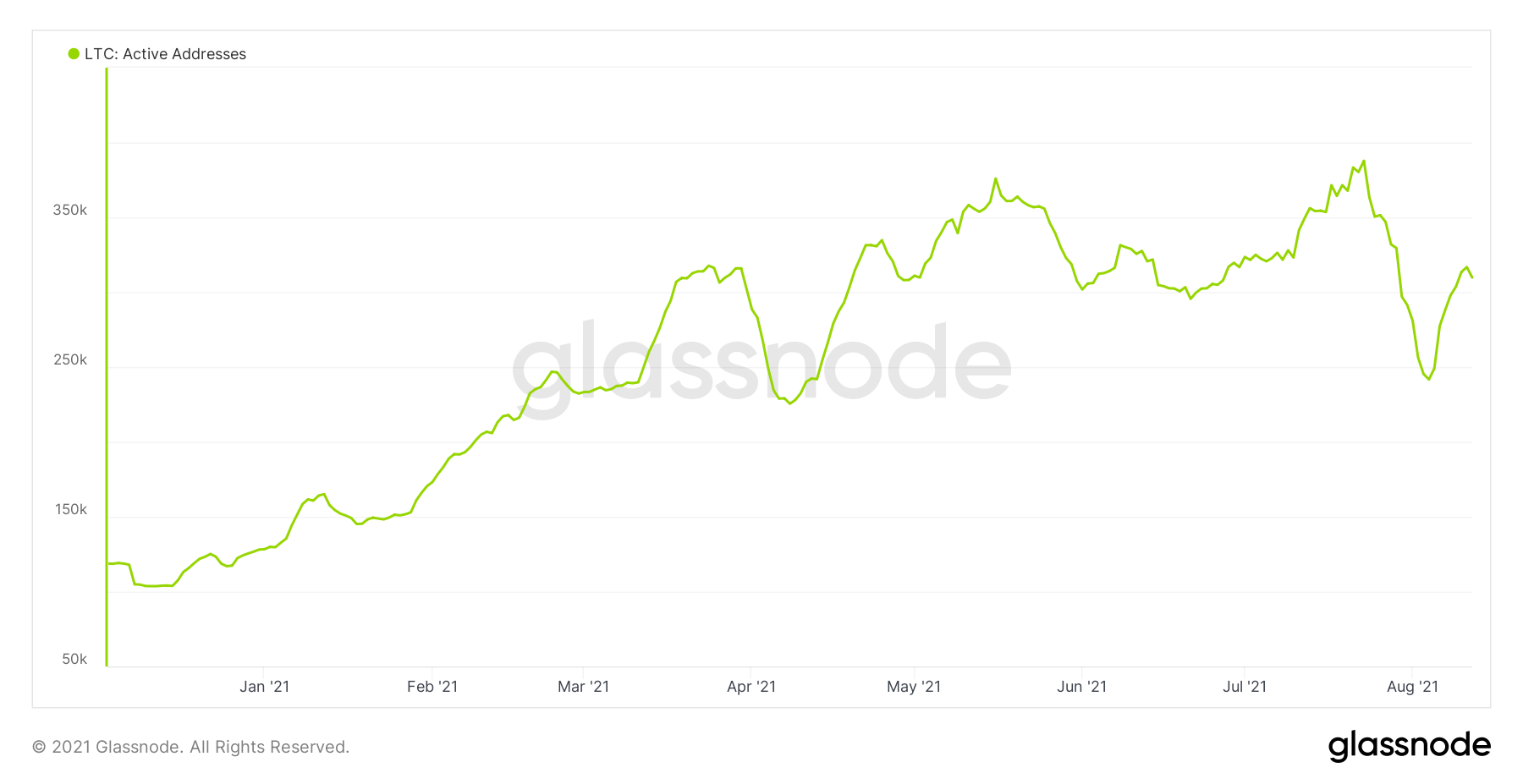 Thus based on participation and on-chain performance it becomes apparent how these alts are backing up the market. However, do keep in mind that the altcap RSI reaching into the overbought zone could cause a trend reversal, bringing the values down.