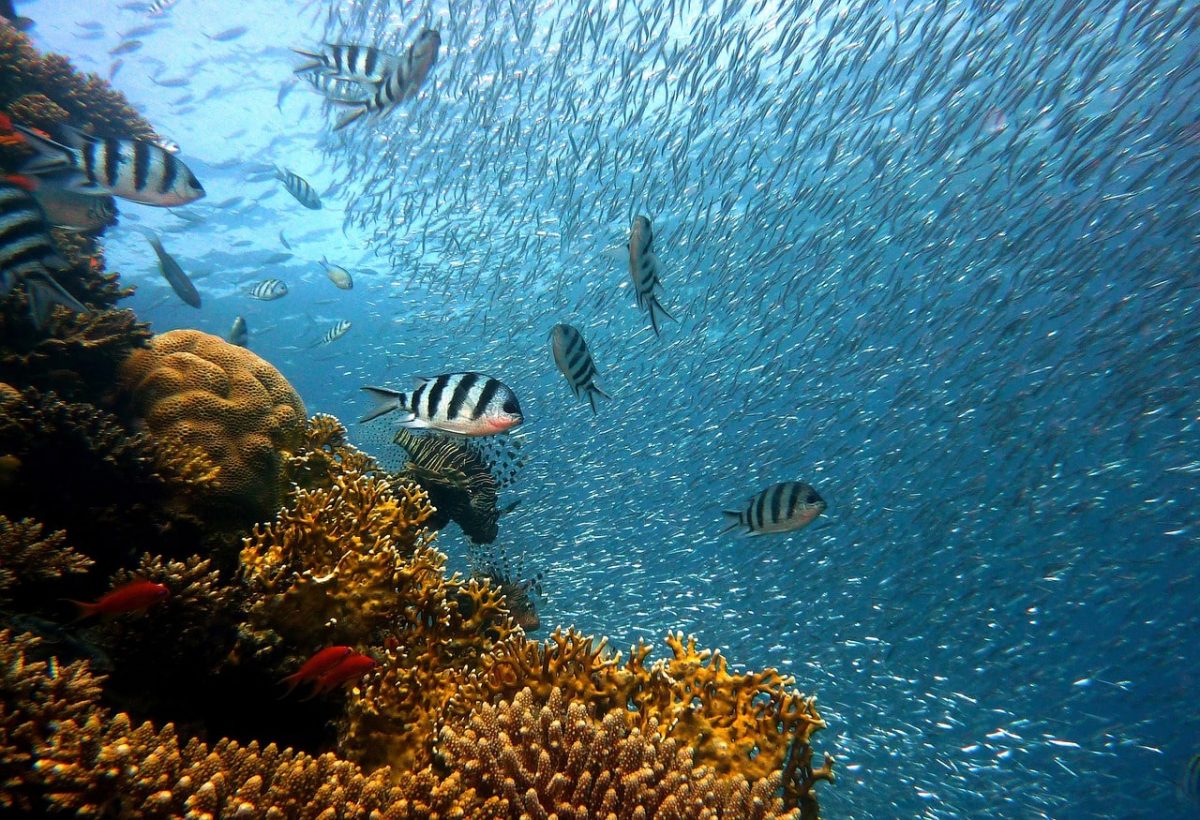 Bitcoin [BTC] dived beneath the $20k mark once again, after a decent performance relative to global indices on 26 September. On the same day, Cardano [ADA] merely held on to the range lows at $0.44.

ADA’s inability to scale the $0.5 heights meant the longer-term outlook was bearish. But the past two days have been decidedly bearish, and another move downward appeared likely for the crypto market.

Cardano nosedives, but right into a bullish order block 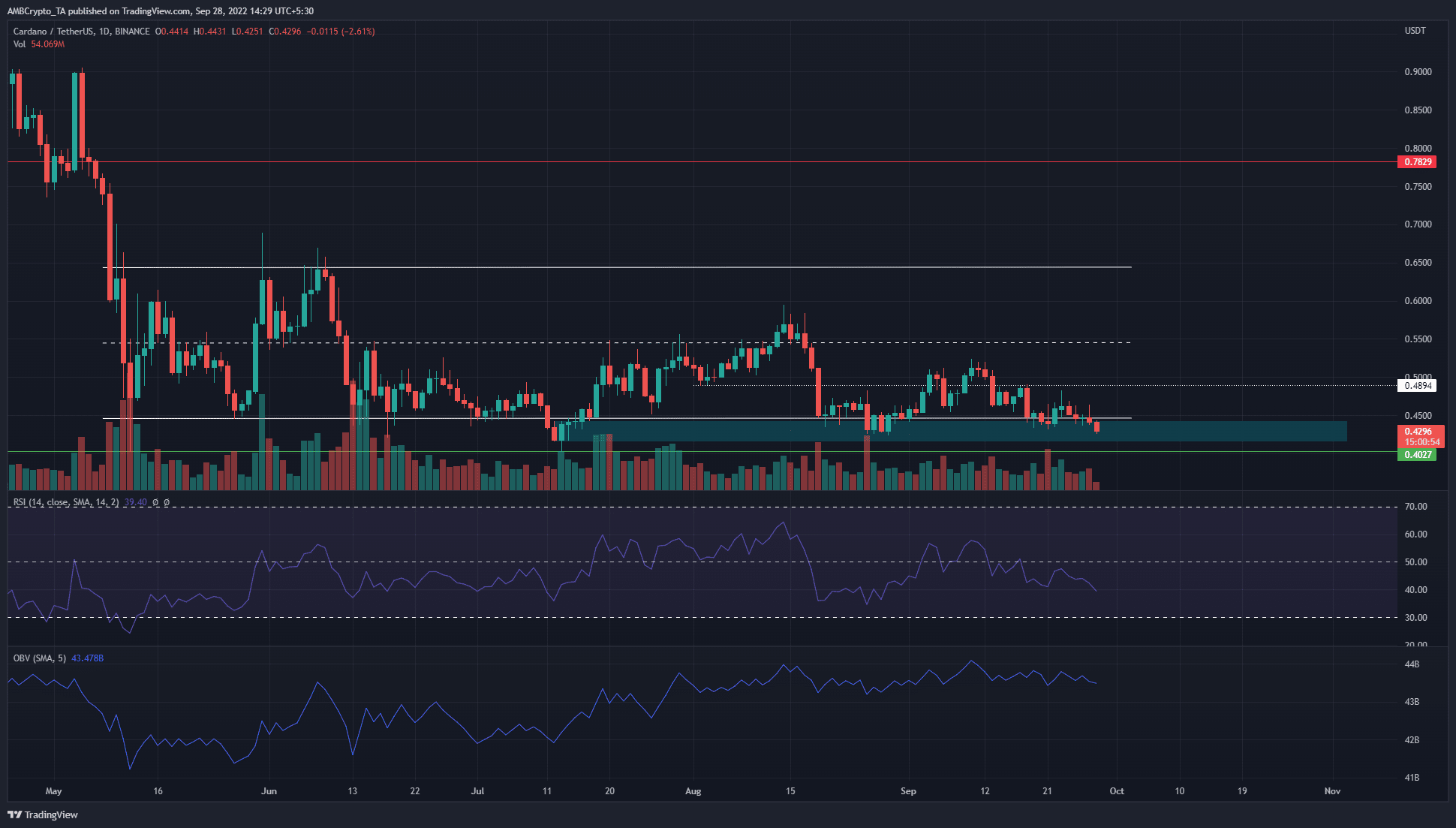 Highlighted in cyan is a bullish order block from early July that has since been respected as a strong support zone. Moreover, this support zone has confluence with a range that ADA has traded within since May. This range (white) extended from $0.64 to $0.44, with the mid-point at $0.54.

Below the range lows lay a long-term support level at $0.4. It was tested as support in May. Before that, it had acted as resistance all the way back in February and mid-January of 2021.

The Relative Strength Index (RSI) slipped below the neutral 50 mark to show strengthened bearish momentum behind ADA. Yet, the On-Balance Volume (OBV) continued to remain flat. In fact, since early August, sellers have not been able to drive the OBV downward.

This suggested that there could be an accumulation phase in progress. But long-term investors can not buy the asset based solely on the OBV’s refusal to withdraw southward.

In the past few months, the price occasionally had a positive correlation with the social dominance metric. However, at the time of writing, the social dominance for Cardano was low, and looked likely to approach the lows from July. The development activity also did little to spur prices higher.

However, the development activity also depicted that developers were continuously working on projects, despite the trend of the overall market being downward. This could have an impact in the long run.

Risk-averse investors can look to buy a small bag of Cardano and hope to sell it near the mid-range $0.54 area. Technical analysis showed that the $0.4 level could be a strong bastion of defense for the bulls, and a small rally could materialize in the coming weeks. Yet, the outlook for Bitcoin was strongly bearish. Despite the low downside risk of a ADA long position, it might turn out to be unsuccessful over the next month.