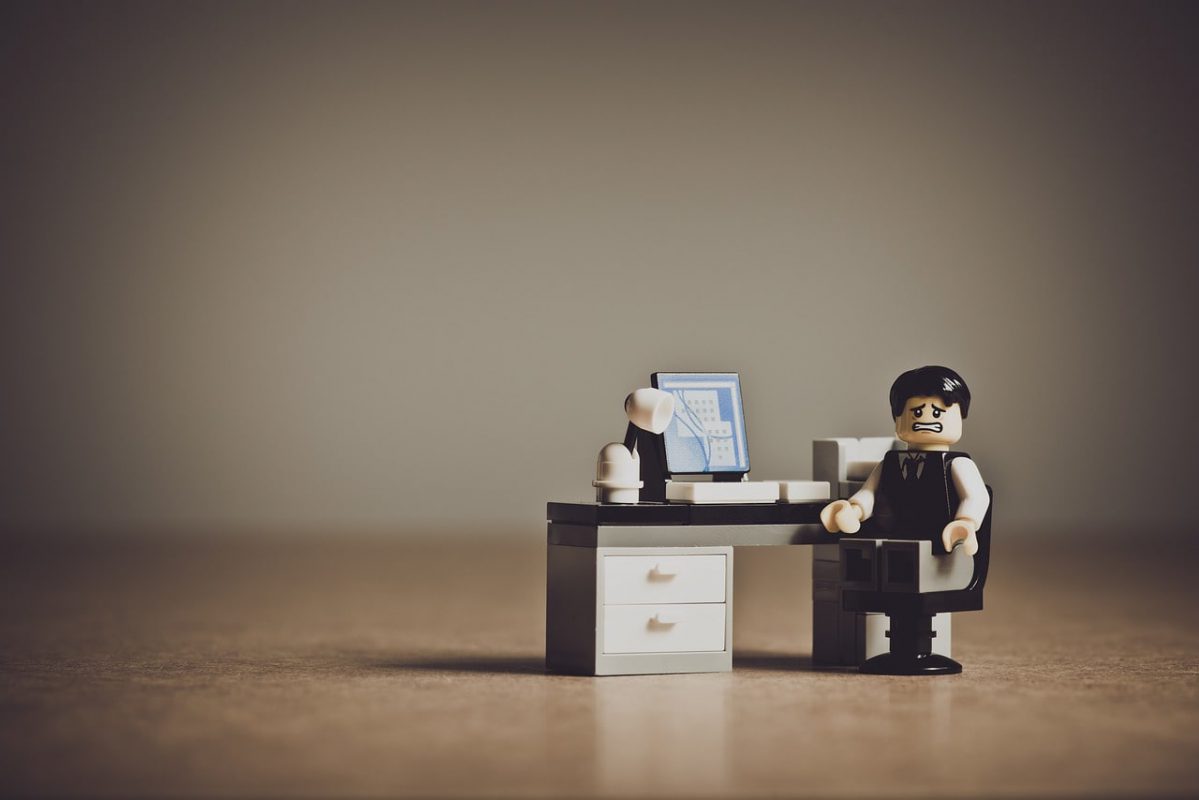 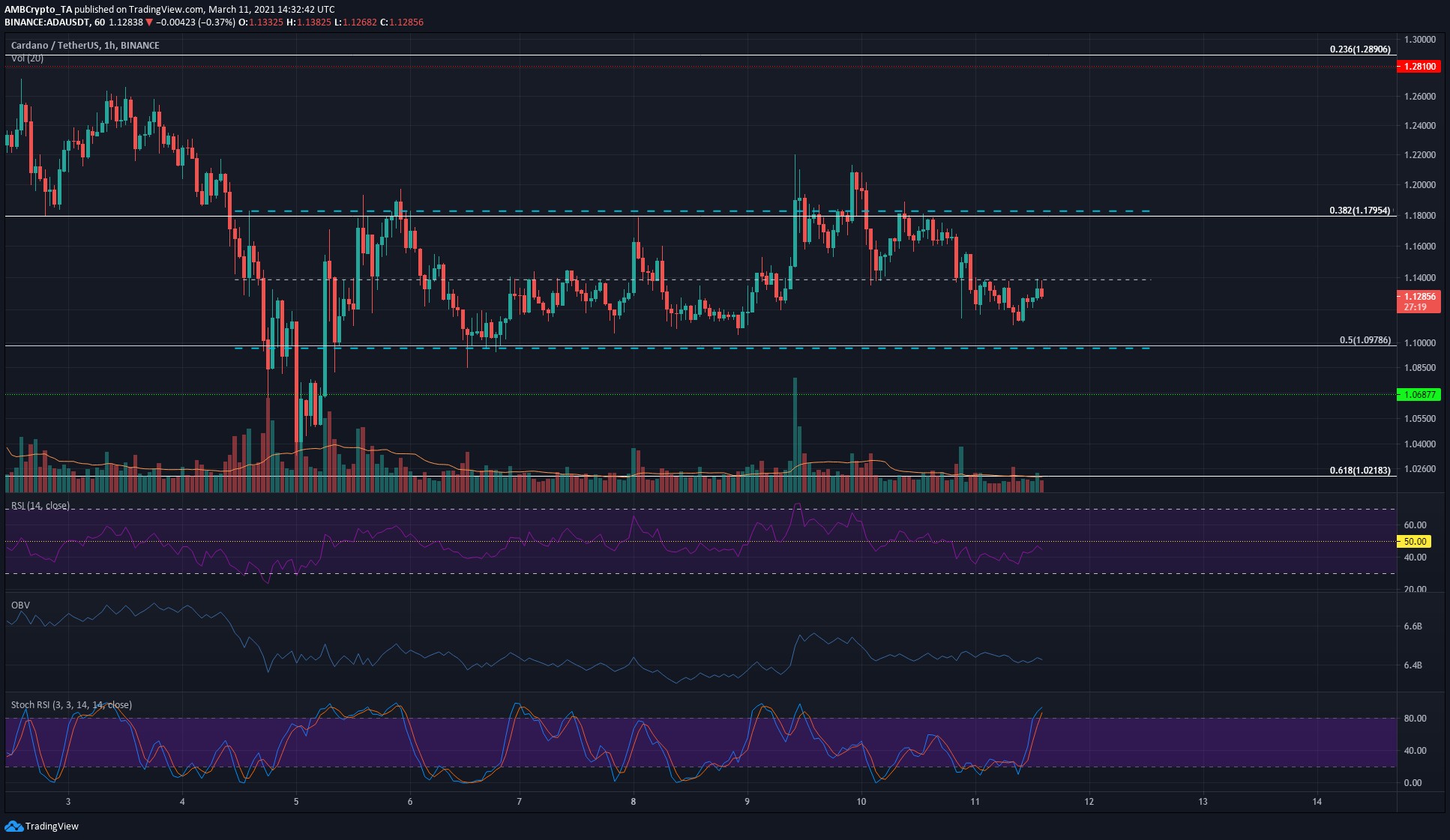 Over the past week, ADA formed a range whose upper and lower boundaries were at $1.179 and $1.098. There was a significant drop to $1.04 early on, but almost immediately ADA recovered to retest the range highs.

Mid-range mark of $1.14 appeared to act as support and resistance on multiple occasions, reaffirming the notion of a short-term range formation.

The past few hours saw ADA sink beneath this value and retest it as resistance; momentum was bearish and ADA looked ready to see a dip back to $1.09.

RSI dropped beneath neutral 50 and stayed beneath, denoting a bearish trend in progress. Stochastic RSI on the hourly was also in the overbought territory.

On the OBV, the past couple of days showed an equilibrium between buyers and sellers. Going back a week, OBV did not note any strong trend or spike in either direction, showing no hint yet of a breakout or breakdown.

Within a range, its mid-point is the most important level, and losing this level to the bears is likely to see ADA drop to the range lows at $1.09. The $1.11-$1.123 region has also seen some demand over the past few days, making these two areas potential buying opportunities.

Are the worst corrections over for Bitcoin and Ethereum?