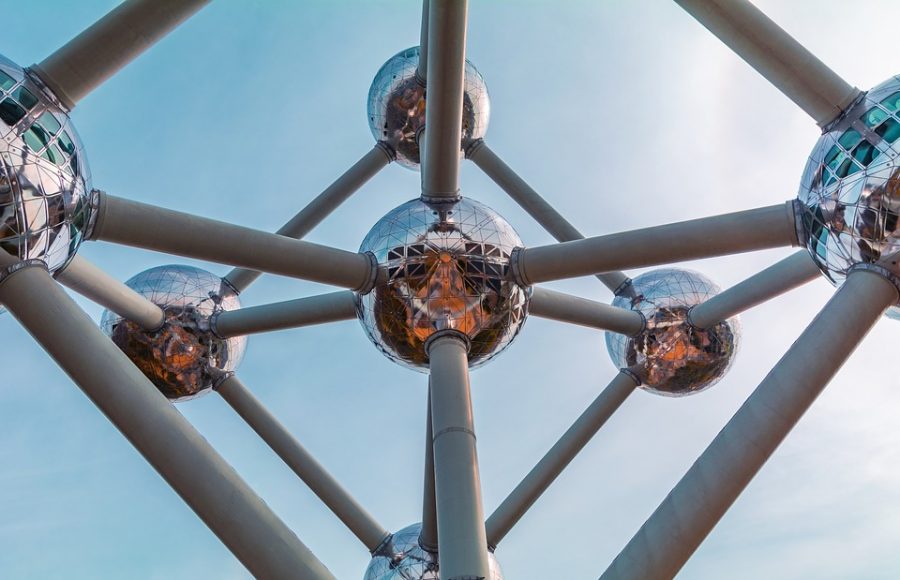 Cardano‘s price seemed bullish over the medium to longer timeframes. However, switching to a lower timeframe of 1-hour highlighted the opposite. Although ADA was stuck inside a bearish pattern, a bullish breakout can be expected if Bitcoin keeps above its critical support levels. At press time, ADA was registering a -11% drop over the previous week, and more of this might be on its way. 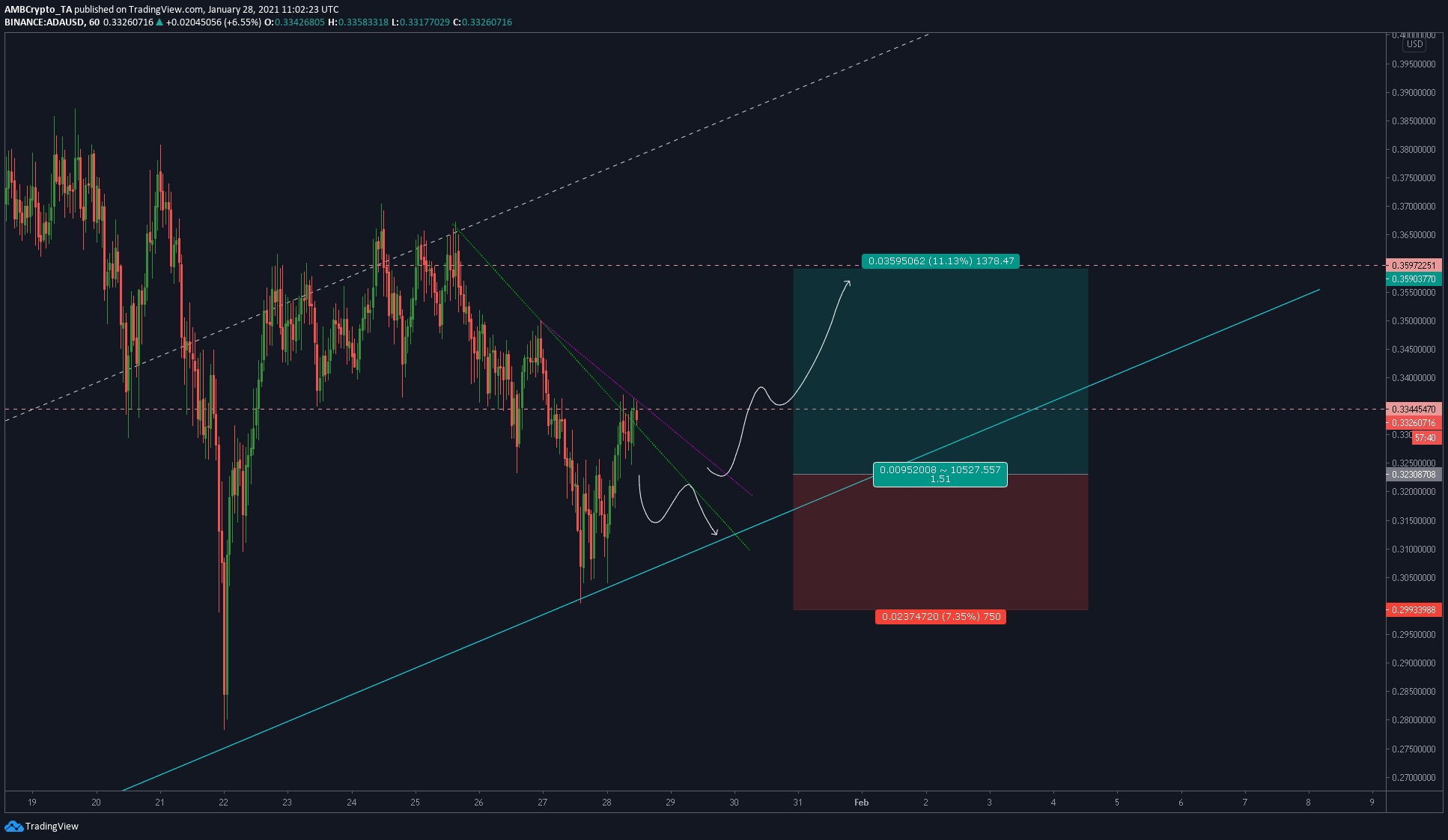 The 1-hour chart highlighted that ADA bounced off the lower trendline of the parallel channel and surged by approximately 10% in the last 10 hours or so. The crypto’s price faced rejection at $0.3318, with the same heading back to the lower trendline.

The cryptocurrency’s price might find intermediate support around the $0.3237-price level, and it could head higher to retest the aforementioned resistance level or head lower.

Moreover, the price charts showed that its way up north was being prevented by two declining trendlines [green and pink], both of which were acting as resistance levels to the price’s upswings. A successful close above the pink line would provide ADA the opportunity to head higher.

Although premature, it would be better to long the price as it faces rejection at the $0.3318-level. The following surge would be worth around 16% and the target will be $0.3597.

A successful breach of the pink line at around $0.3345 and a retest would be the perfect theoretical scenario for taking up a long position. However, a failure to close above these critical levels would result in the downtrend continuing.

It should also be noted that ADA and other altcoins are highly correlated to Bitcoin. Hence, a sudden market move would invalidate the setup presented above. Keeping a close eye on Bitcoin will help in making decisions on this long position.

At press time, ADA and BTC’s correlation was 0.52, a figure that was relatively lower than what was observed during the start of the year. Nonetheless, the correlation exists and care should be advised.

What happens to Chainlink’s price if Grayscale lists it?