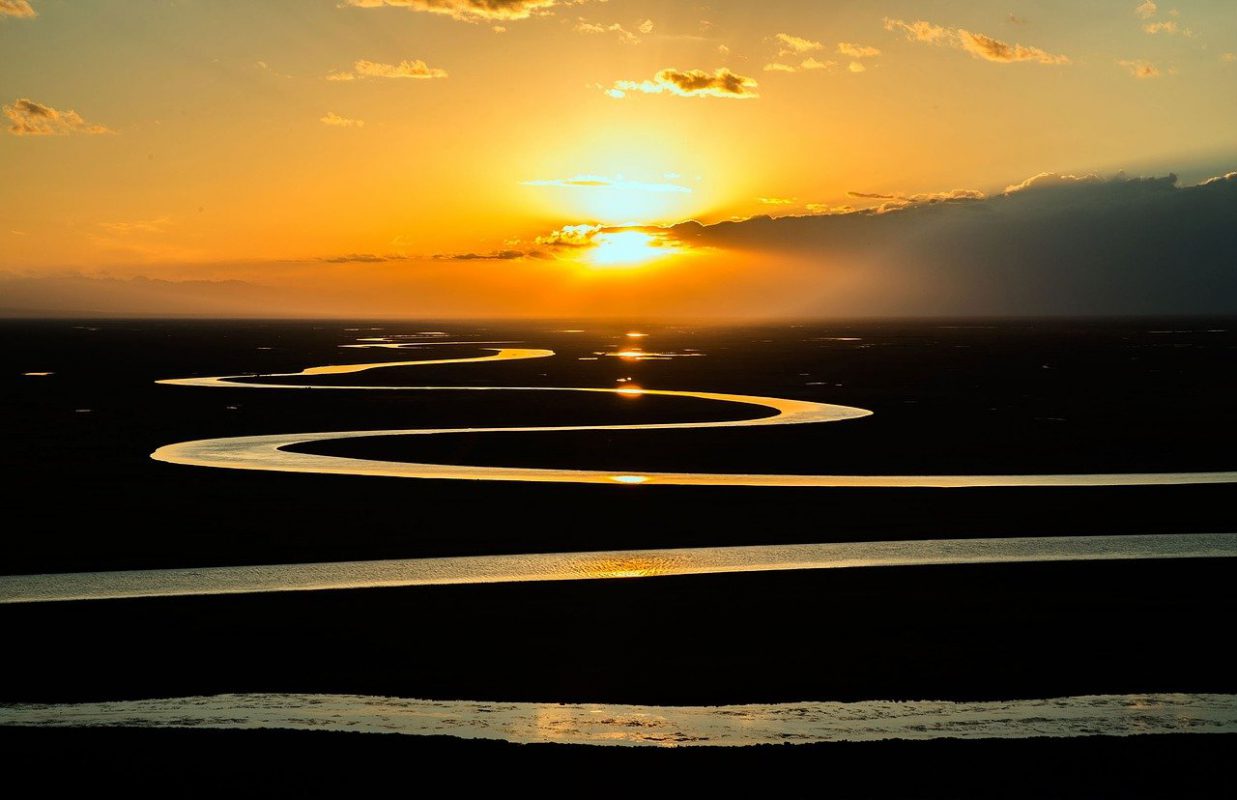 Following the news from Coinbase that users would be able to deposit ADA into their Coinbase Pro accounts and begin trading once liquidity conditions are met, Cardano saw a surge of close to 42% within a span of 72 hours. Waves too pushed toward its short-term range highs, while Verge posted steady gains on the charts. 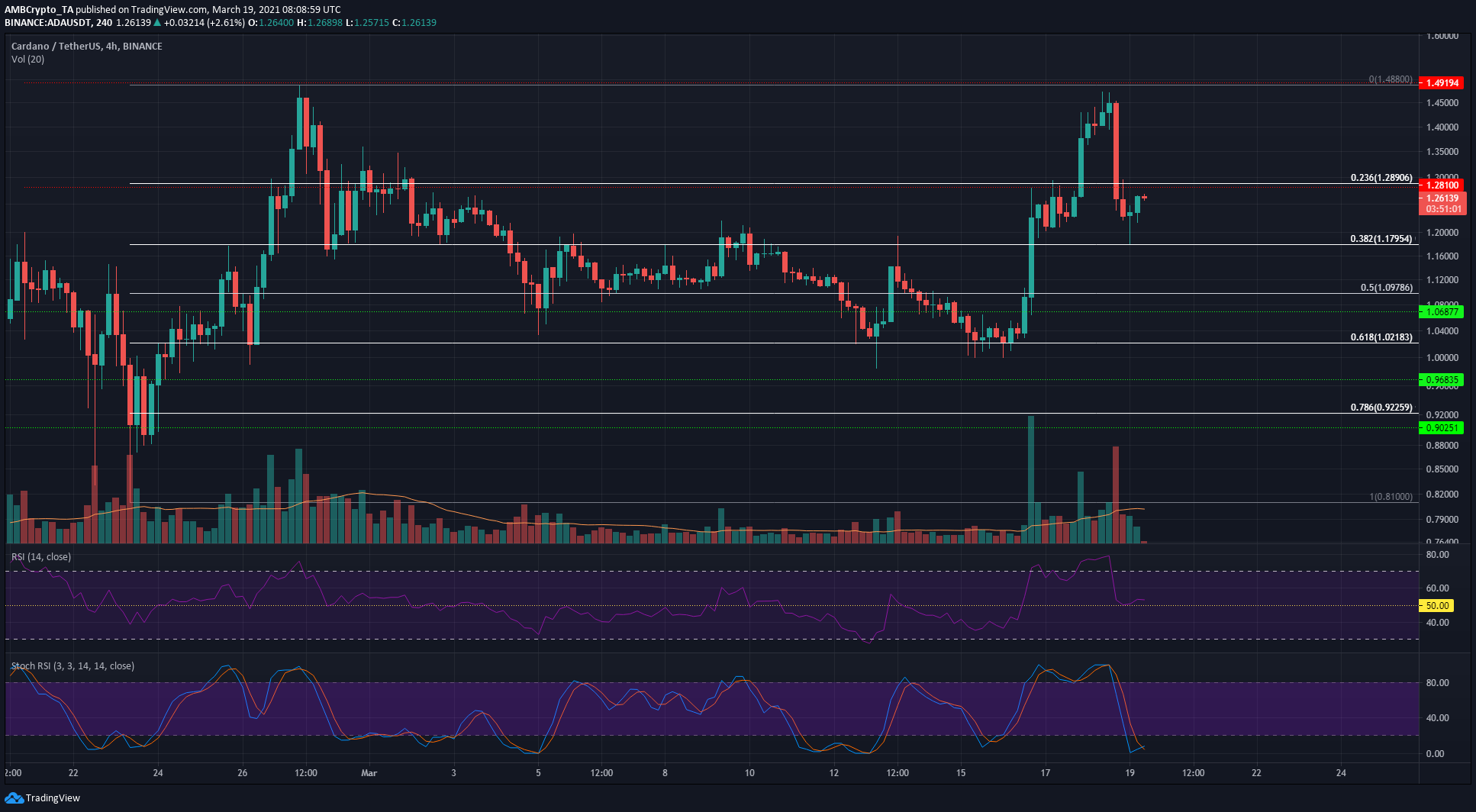 Using the Fibonacci retracement tool for ADA’s surge from $0.81 to $1.48 in late February, some levels of retracement were plotted. Before the recent surge to $1.4 for ADA, it was consolidating just above the 61.8% retracement level.

When the bears broke through the 50% retracement level at $1.09 with momentum, the defense of the $1-level as both a technical and psychological level was vital for bullish hopes. The demand at the $1-mark soon saw buyers flood the market and drive the price to $1.4. ADA had since corrected to $1.27, however, with a candlewick to the 38.2% retracement level at $1.17.

The Stochastic RSI was in oversold territory, even as the RSI bounced off 50. This indicated a possible move upwards, and a break past the $1.3-mark can see ADA advance towards $1.4 once more. 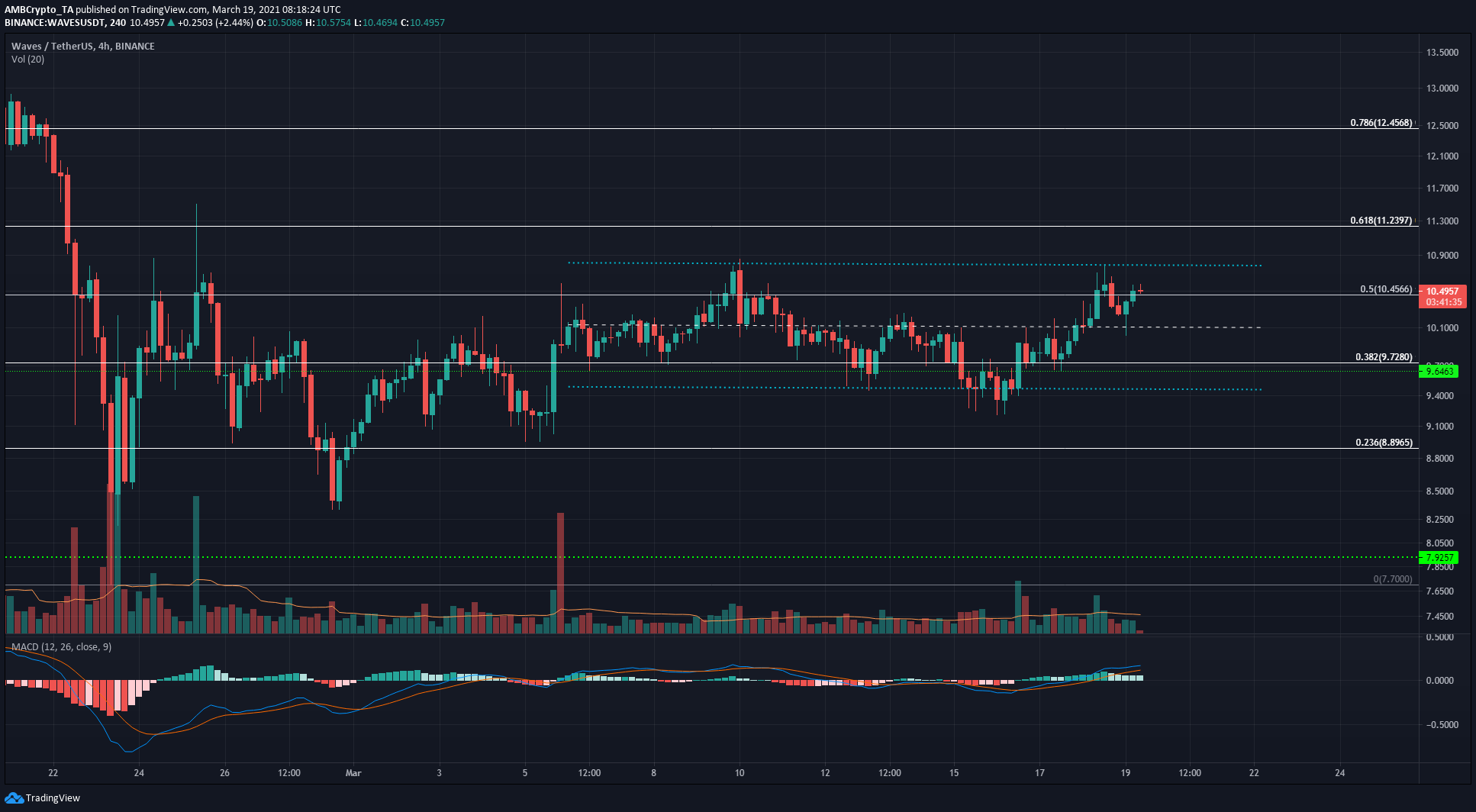 In white were plotted the Fibonacci retracement levels for WAVES’s drop from $14.2 to $7.7. At the time of writing, WAVES had climbed past the 50% retracement level at $10.45. However, plotted in cyan was a range that WAVES appeared to have formed over the past week.

The range highs at $10.8 have seen WAVES rejected twice now. As the price approached the highs a third time with bullish momentum behind it, according to the MACD, two scenarios can unfold.

A rejection at the range highs will push WAVES lower to the $10.1-mark, while a move higher will see WAVES face some resistance around the $11.2-level. 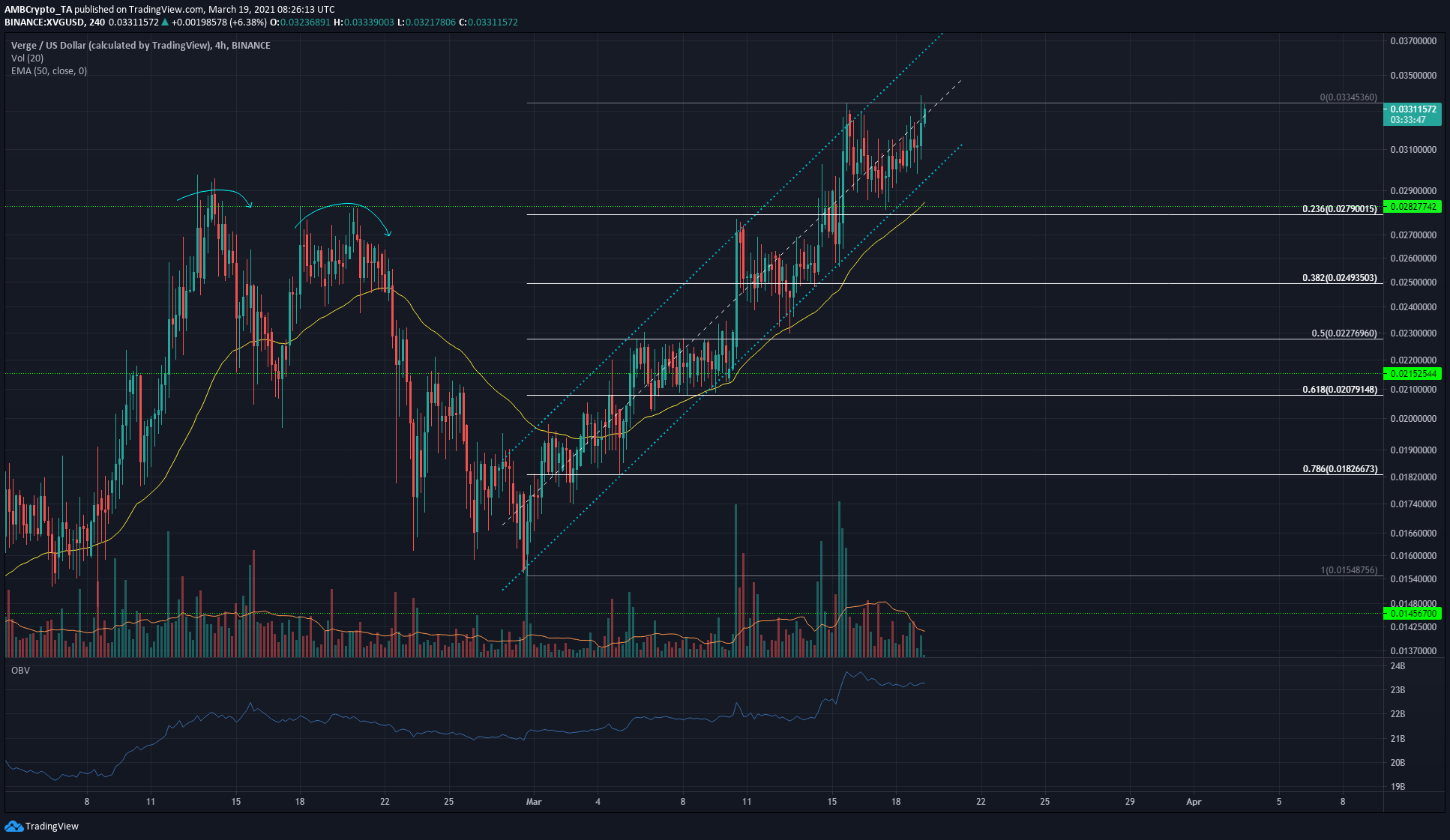 XVG was trading within an ascending channel (cyan) and based on the 27% Fibonacci extension level, a breakout past $0.0334 would set a target of $0.0411 for XVG.

The OBV was comfortably higher than the double top it formed in February at the $0.0279-mark. The 50-period EMA (yellow) was well under the price to highlight strong bullish momentum.

Bitcoin is not repeating history; what’s new about this rally?