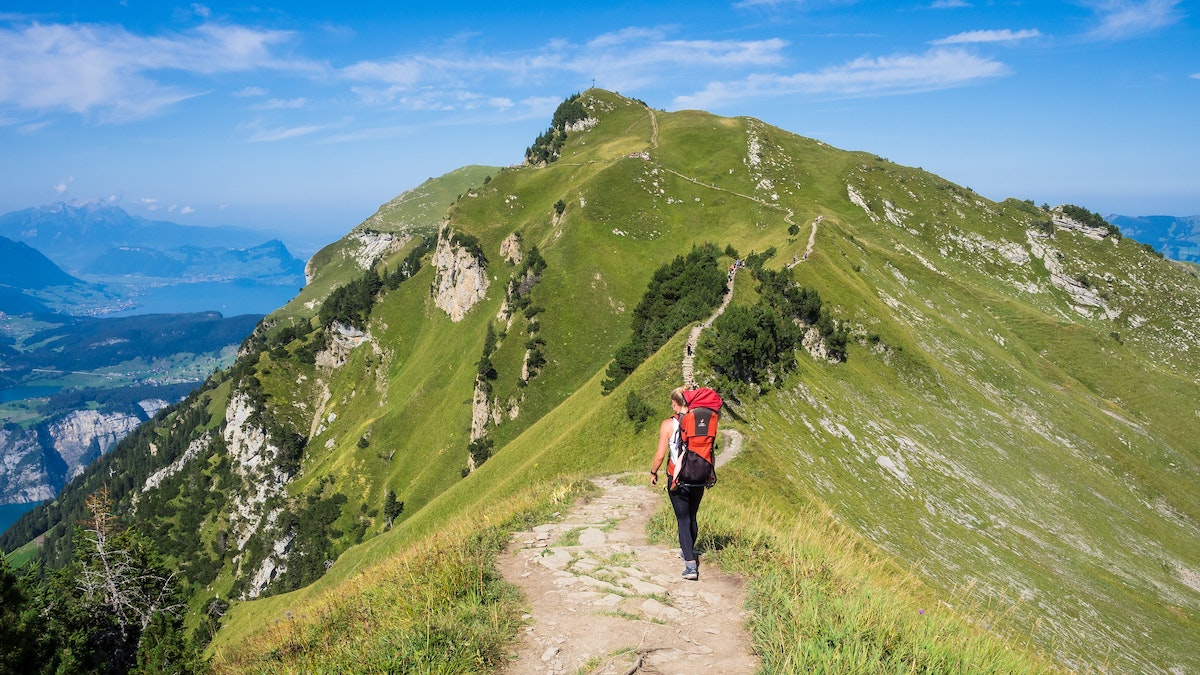 Cardano [ADA], the number #8 largest cryptocurrency by market cap, has maintained its top spot among traders and investors alike. Well, thanks to its relentless development pursuit.

This has aided the coin to create small gains as seen on CoinMarketCap. However, ADA still awaits to undergo a large upward movement that could take it above the $1 mark.

Doing what I do the best 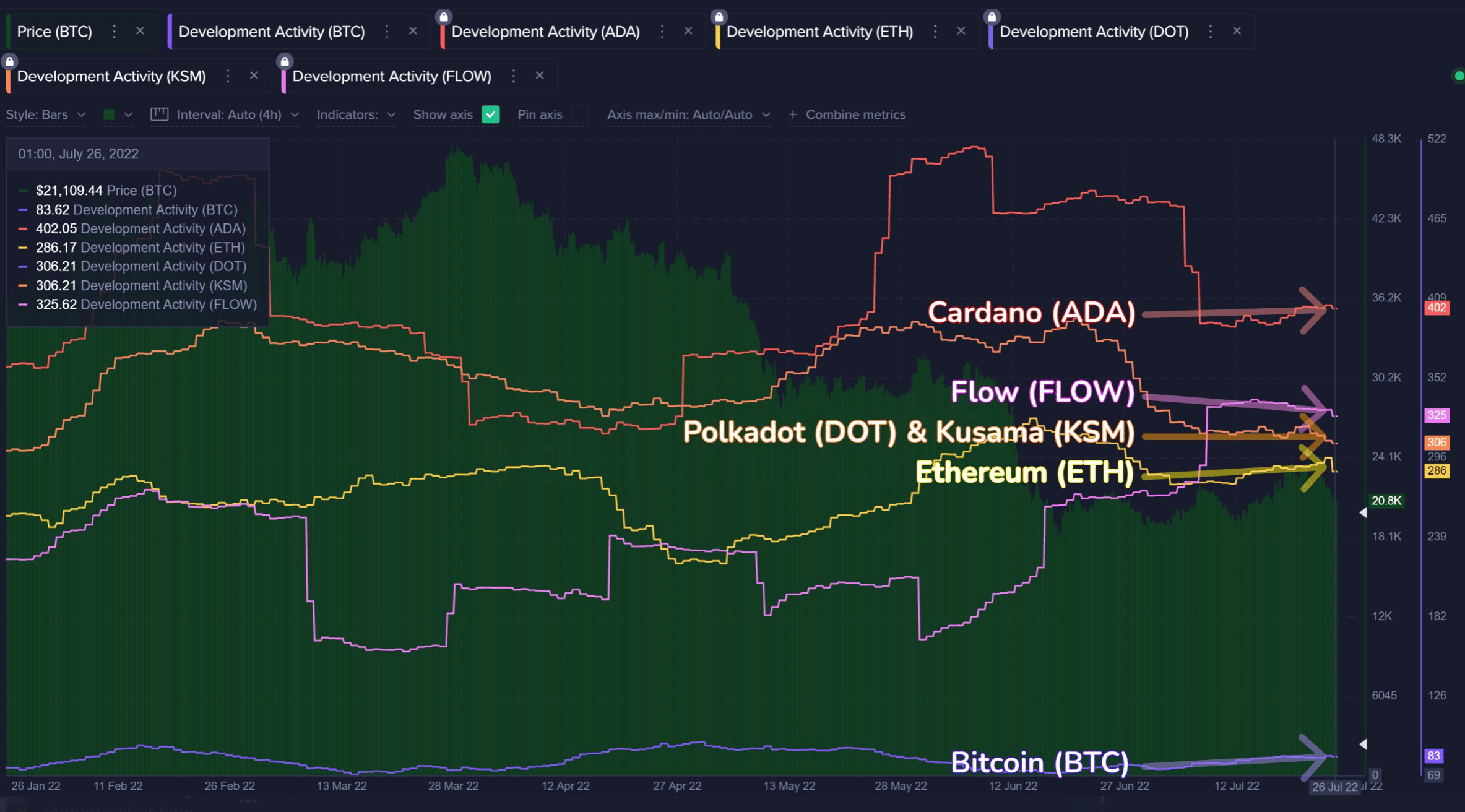 Herein, GitHub activity is an interesting metric when analyzing ICOs and crypto projects. Developers’ time is a relatively expensive resource.

And, if a given project has a lot of developers dedicating their time and skills, it’s a good sign for the network.

As per DefiLama, the TVL stats stood at $125.96 million, a significant rise from June’s report card. 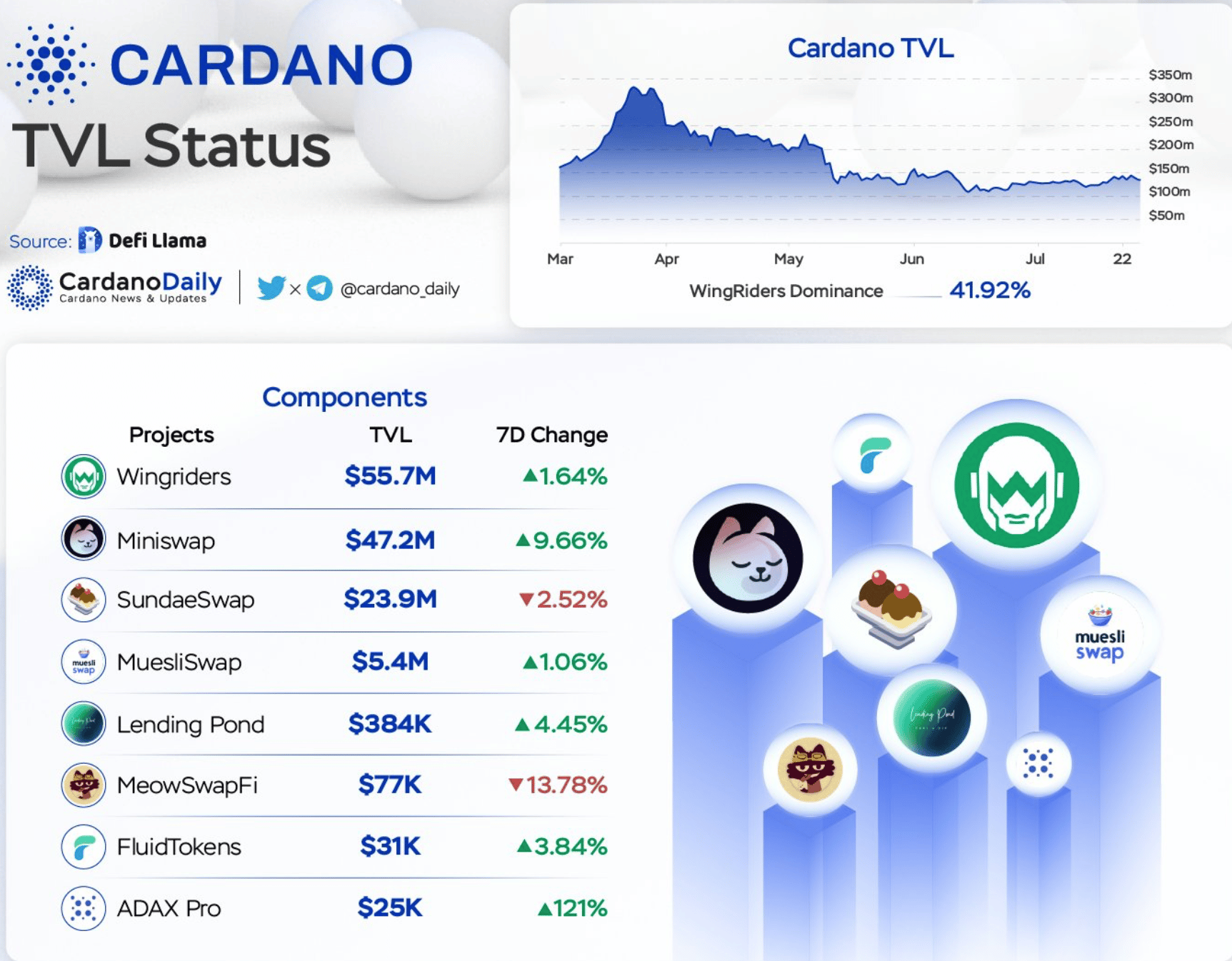 This could paint a positive picture in the minds of long-term investors. Although the money is not attracted to the ecosystem,” it is not gonna be withdrawn out of the ecosystem despite the negativity of the market, marking a sustainable TVL,” Cardano Daily Twitter handle tweeted on 27 July.

Cardano has witnessed a lot of support to help the network reach a stage that is characterized by partnerships, increased popularity, and accessibility.

For instance, Djed (stablecoin) based on Cardano and developed by COTI, entered into a new partnership with RealFi start-up Thrift.

With this deal, Djed would become the official stablecoin of all Thrift projects, including a peer-to-peer platform, wallet, fiat off-ramp solution, and Thrift protocol.

We are happy to announce yet another Djed partnership, this time with @FinanceThrift, to integrate $DJED into their suite of user focused RealFi products.

Notably, ADA has been listed in the top 10 by trading volume among the 2000 biggest BSC whales in the last 24 hours of 27 July.

At the time of writing, ADA traded at the $0.47 mark after witnessing a 0.5% surge. This price point was still quite distant from the much-anticipated $1 mark.

Related Topics:ADACardanoCardano development
Up Next