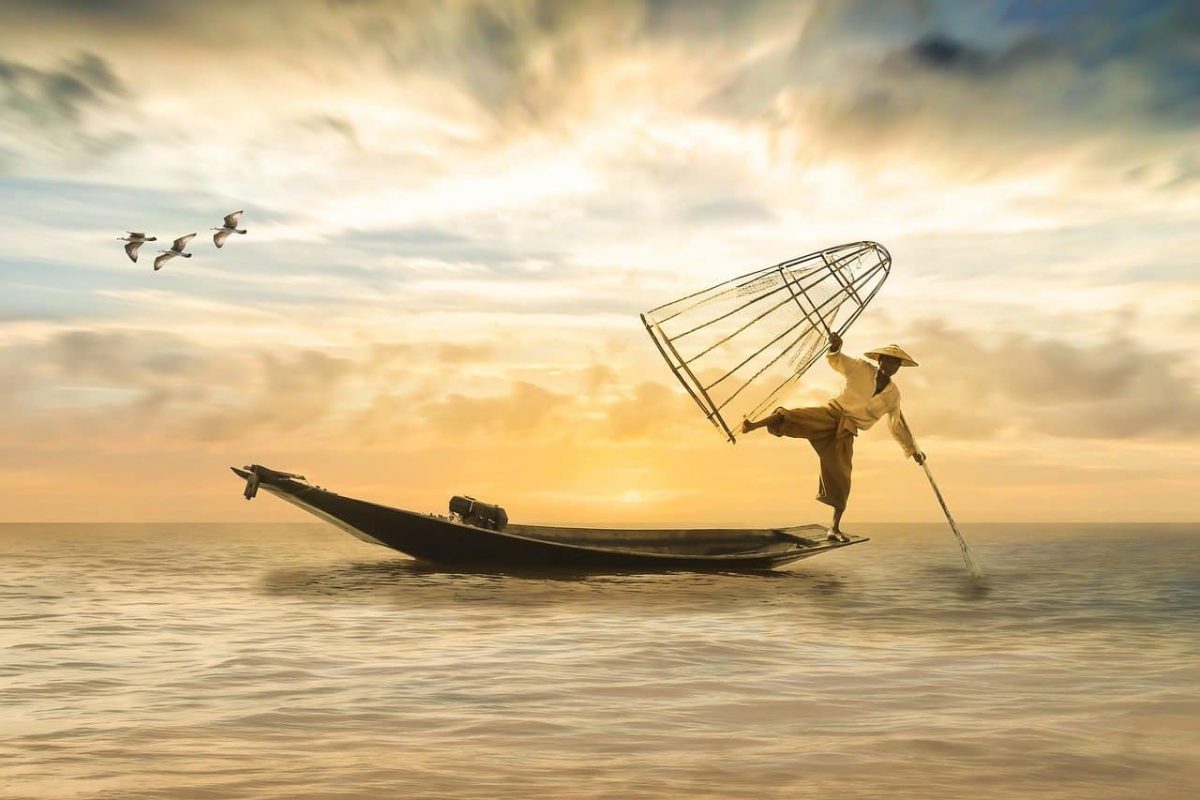 Bitcoin [BTC] fell below the $20k mark and over the past couple of days, saw a minor bounce to the $21.4k mark. However, on lower timeframes, the $21.5k and the $22.2k levels are important resistances to the price.

Even though Bitcoin rallied from $19.4k to $24.1k within a week, the larger timeframe bias remained bearish. This was not the case for MATIC, which retested a resistance zone from May as demand. Could Polygon [MATIC] climb higher from this area or would Bitcoin spoil the party? 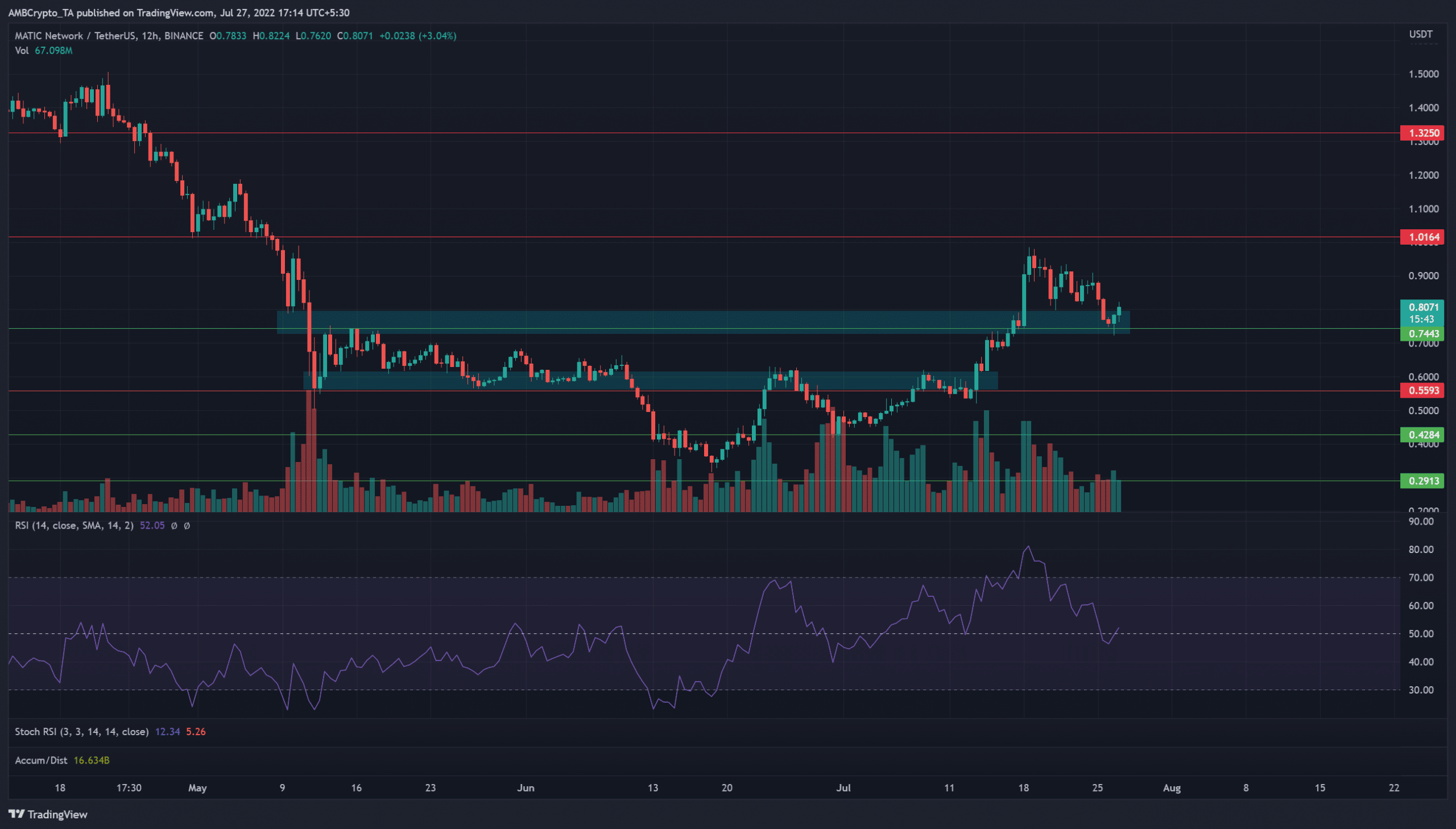 On the 12-hour chart, the picture was quite bullish for MATIC. The market structure had been bearish till mid-June but in July MATIC was able to break past the previous lower high.

This structure break meant the bias was bullish, and after the $0.56 level was flipped to support, MATIC rocketed to the $0.97 mark before beating a retreat.

Overall, the chart screamed of a low-risk, relatively high-reward buying opportunity. As always, the king of crypto was Bitcoin, and a selling wave behind BTC could undo the Polygon bulls’ plans. 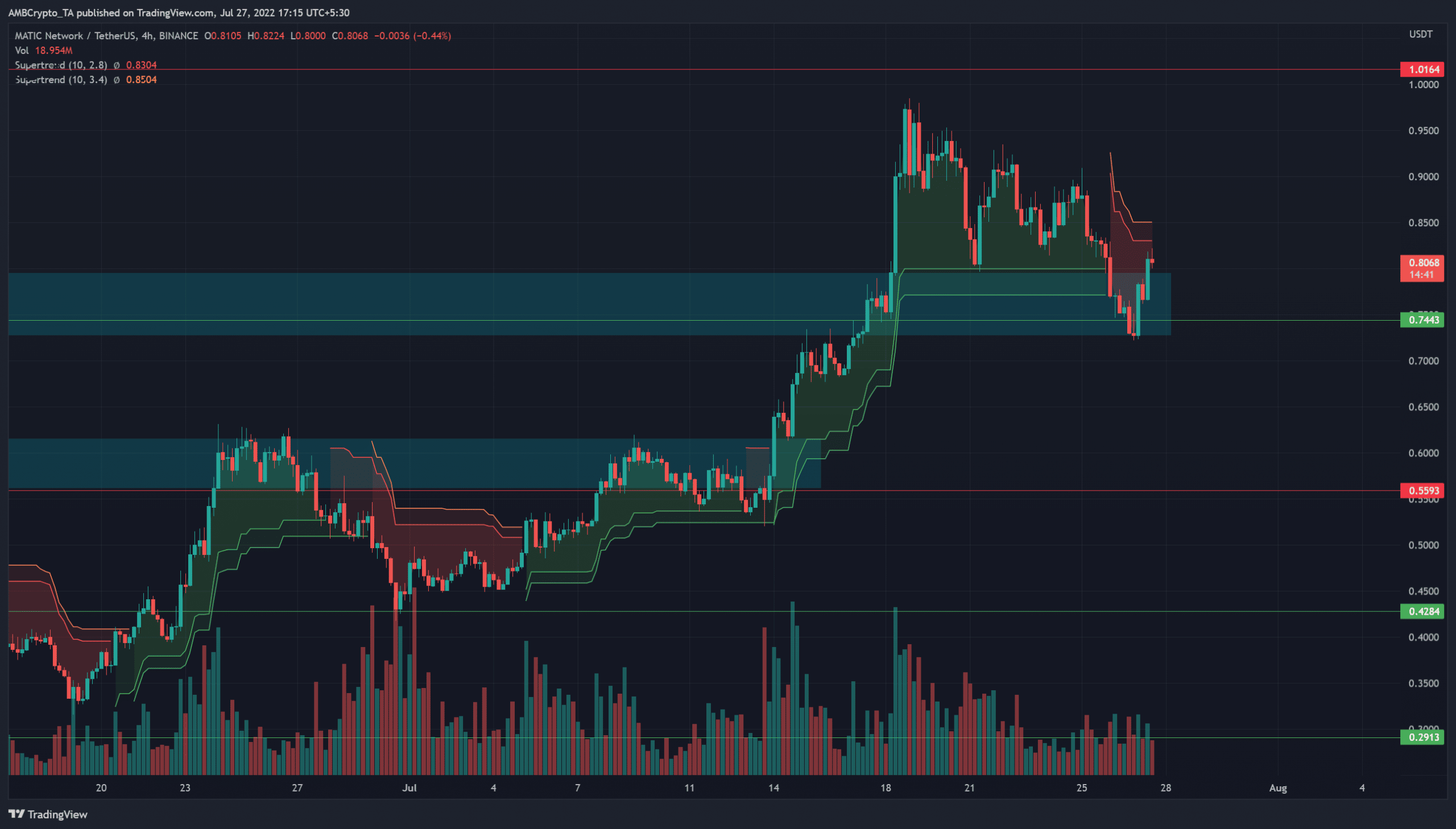 On the four-hour chart as well, not many factors supported the bearish bias. The one strong evidence for a lower timeframe move downward was the break beneath the $0.8 support level which occurred last week.

At the time of writing, the price retested the same level as resistance, as evidenced by the two bearish Supertrend indicators on the price chart.

The $0.74 support level has held on this test, but did the momentum and trade volume favor the bulls?

The four-hour Relative Strength Index (RSI) retested the neutral 50 level as resistance over the past couple of days, which was a sign that momentum favored the bears. The Supertrend indicators also flashed a sell signal.

The Stochastic RSI approached overbought territory. A bearish crossover above 80 could be an early sign of a move lower for MATIC in the coming days.

The A/D has also dipped over the past week. In recent hours of trading, the A/D reached an early July support level. A move below this line could signal bearish dominance as well.

Polygon’s native token MATIC had a strong bullish bias on higher timeframe charts. Higher timeframes generally offer more reliable information on a trend but in this instance, the weakness of Bitcoin meant that buying MATIC might not be a profitable trading decision.

Instead, waiting for a bearish retest of the $0.74 mark to short the asset could be the route in the next week or two, especially if Bitcoin was unable to hold on to the $20.1k support.

Cardano’s GitHub activity has these lessons about real wealth