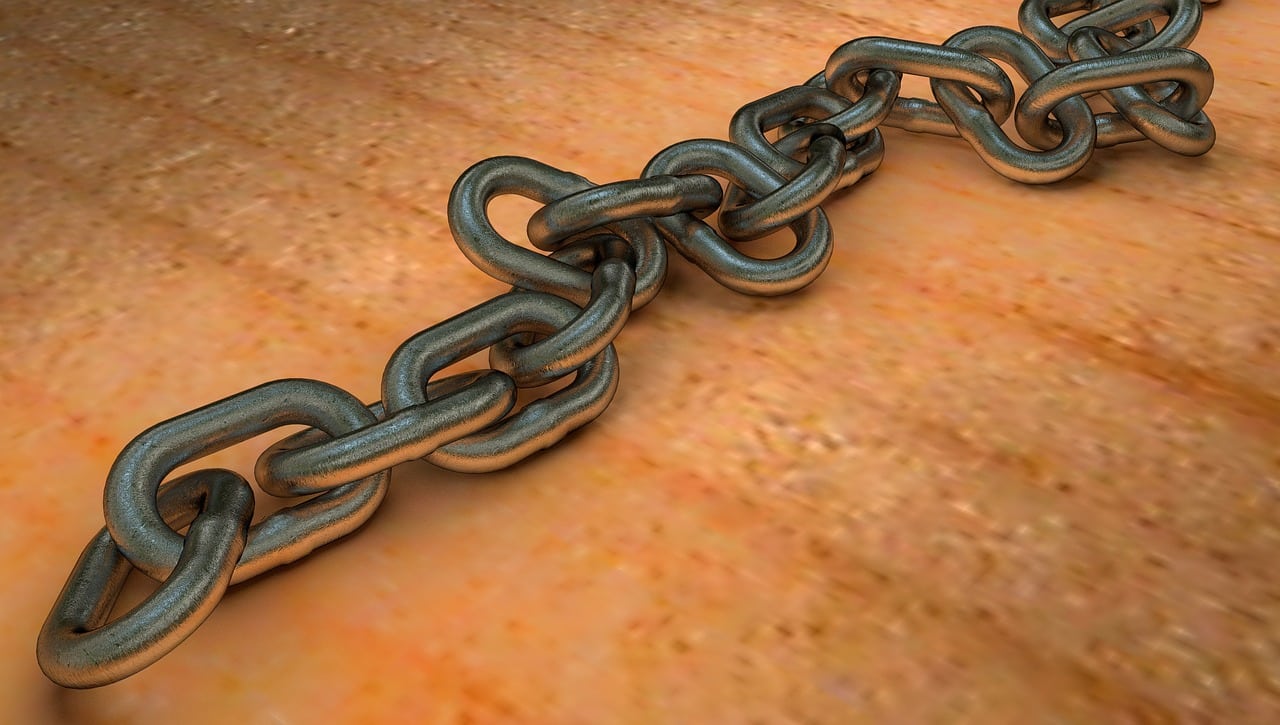 Chainlink [LINK] has always been touted as one of the safer investment options. The credit for this goes to its unique features.

It’s important to note that Chainlink is not immune to the effects of broader market drawdown. Surprisingly, in a recent development, whales took a different direction than the investors as the market flipped the trend.

Up until the beginning of July, LINK whales were consistently active. The average transaction volume generated by this cohort came up to $75 million.

It even reached $340 million at times on a regular basis. Although somewhere around the end of June, whale activity reduced significantly after a major spike on 28 June.

This was the time when almost $2 billion worth of transactions were conducted by these holders. 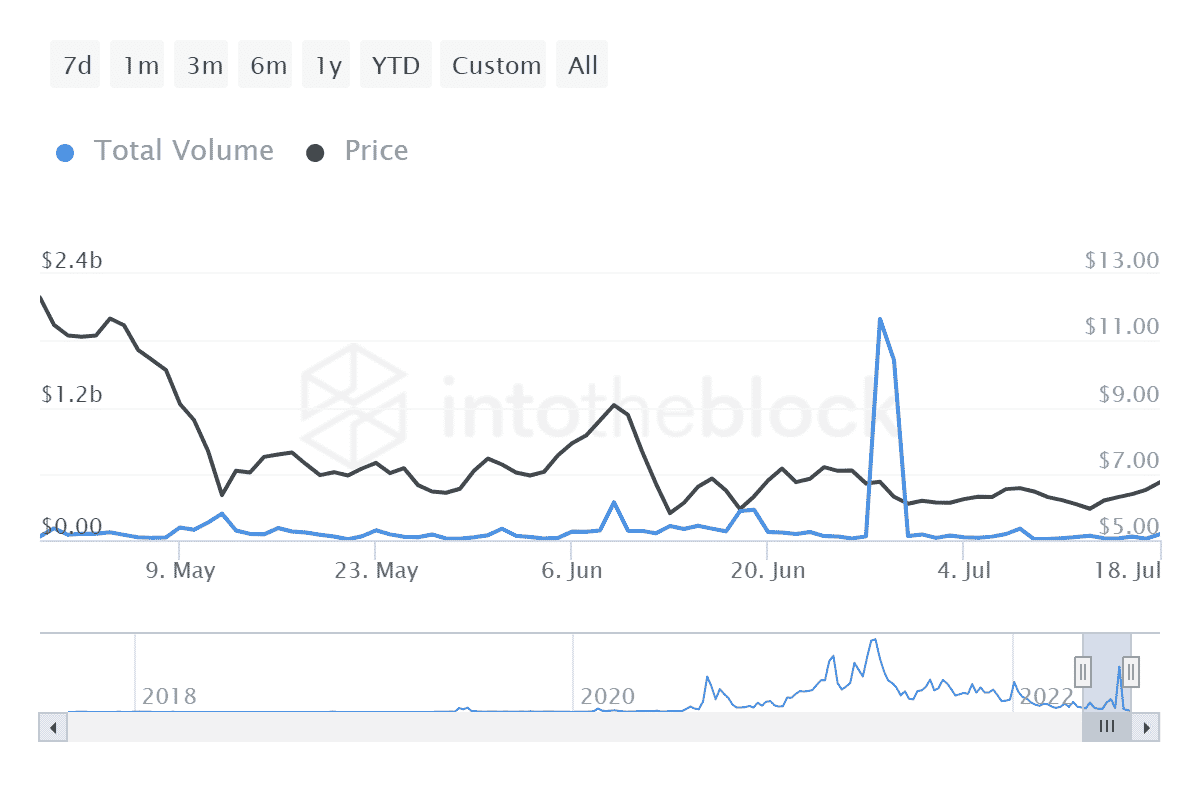 Since then, transactions conducted by these whales would only generate an average of $25 million to $30 million.

However, one factor that could justify these developments is the fact that these whales could be one of the 522.09k investors who are currently facing heavy losses.

But that wouldn’t make sense since the figure has been similar for almost two months now.

Since May 2022, more than 78% of the investors have been sitting in losses as LINK consolidated. And, even the price fluctuations of June did not affect the investors that much. 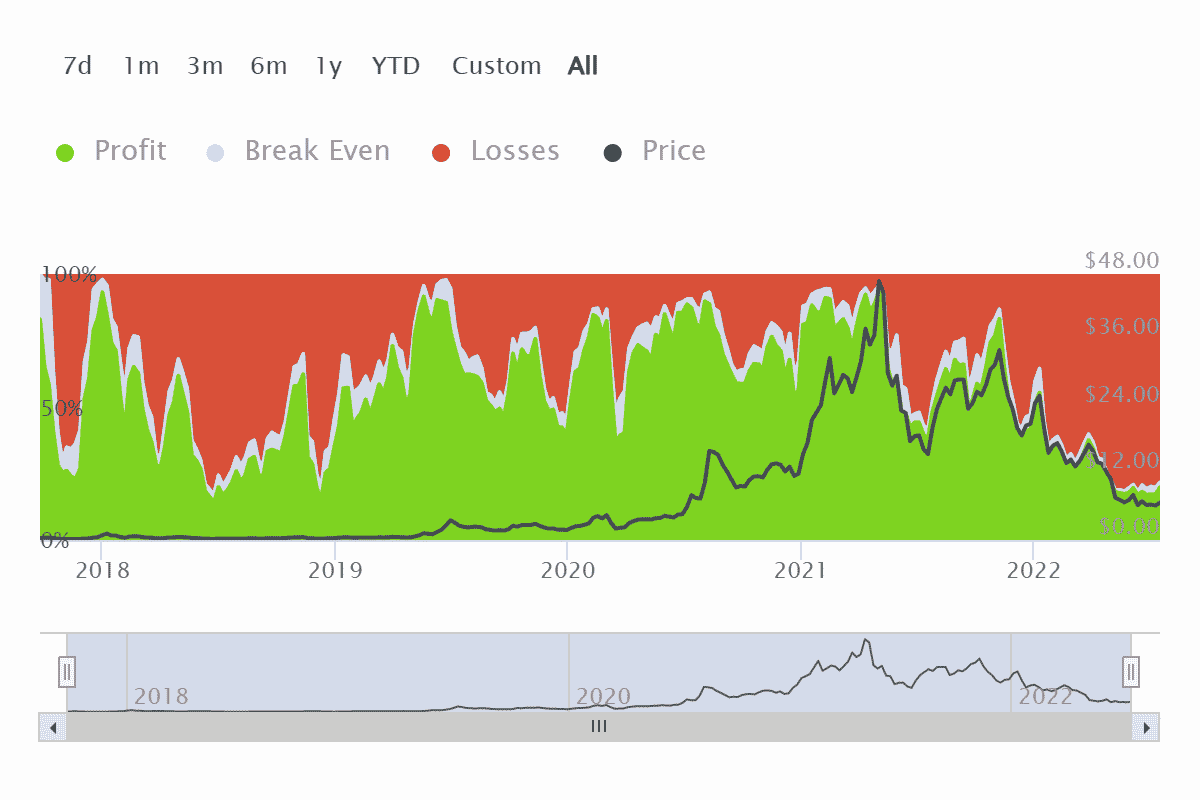 Thus, it can be stated that the movements were not born out of bearishness but out of bullishness.

The optimism that whales and investors are noting at the moment as Chainlink is signaling recovery is the reason most of them are refraining from moving their holdings around.

Notably, the first sign of the recovery came from LINK after it tried reclaiming the 50-day Simple Moving Average (SMA), which serves as critical support for every asset.

And secondly, on 19 July, the MACD was displaying rising bullishness.

If LINK can keep 50-day Simple Moving Average support intact, it will have a shot at reclaiming the 23.6% Fibonacci level (red). Furthermore, it may also have a chance of taking back $8.35 level.

Bitcoin: What Wikipedia won’t tell you about BTC’s recovery to May levels

Investors bullish on The Sandbox would be pleased to read this