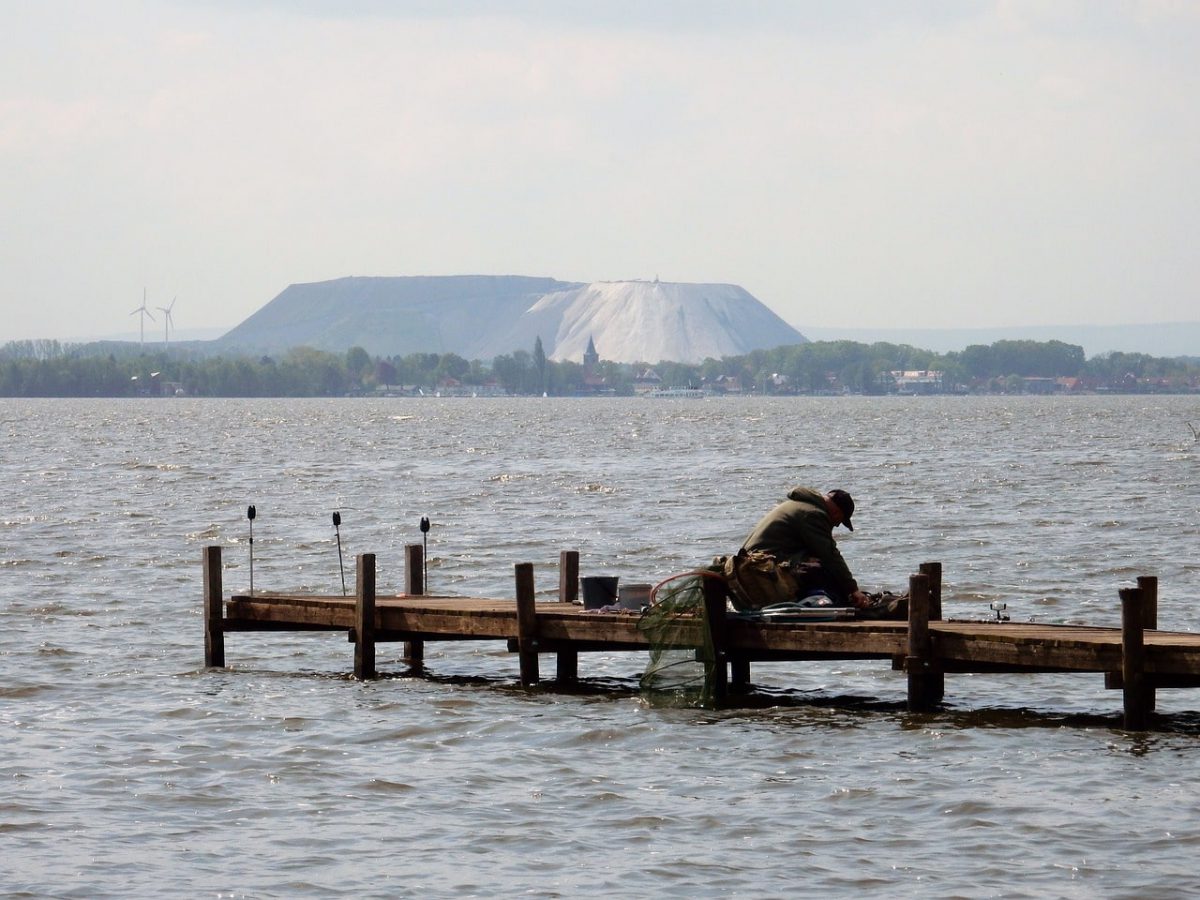 Bitcoin’s move past $58.2k could be the beginning of increased gains across the altcoin market. Momentum was strongly bullish for IOTA, and Chainlink is likely to reach $33.4 and $35 in the coming days. Elrond established an uptrend after breaking above $150. 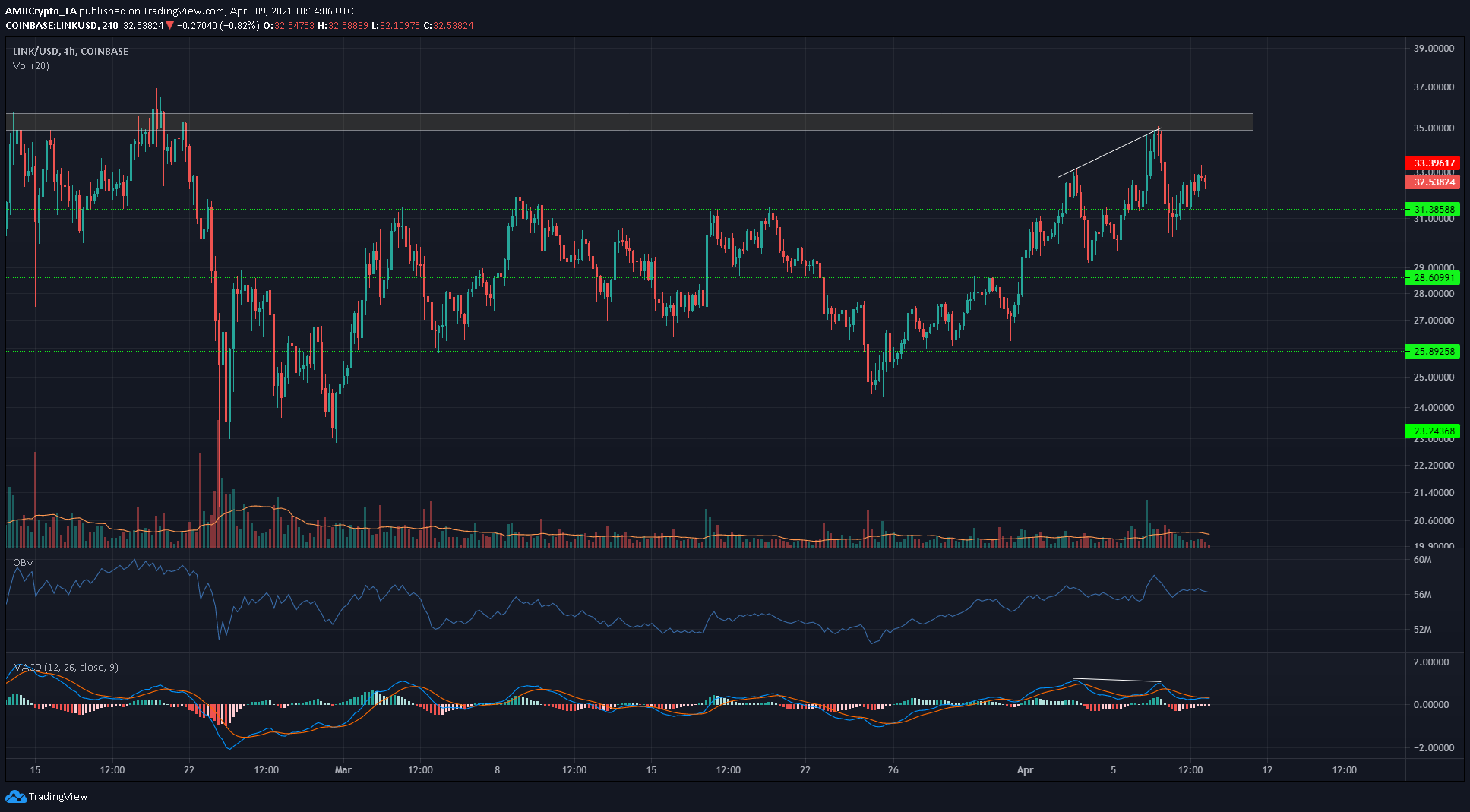 Chainlink saw a correction from $35 to $30.84 after displaying a bearish divergence between the momentum indicator (MACD) and the price. This drop was also exacerbated by the market-wide selling pressure caused by Bitcoin’s dip from $59,200 to $55,700 in the span of a day.

Since that drop, LINK has reclaimed the $31.38 level as support and was trading at $32.5 at the time of writing. A level of resistance lies at $33.39, and momentum could be poised to turn bullish.

The OBV showed that, since 26 March, buying volume has been greater than selling volume, and the OBV embarked on an uptrend. It had been in a downtrend since late February till that day. Beyond $33.39 lies a region of supply at $34.8-$35.6, making it a take-profit target for long positions. 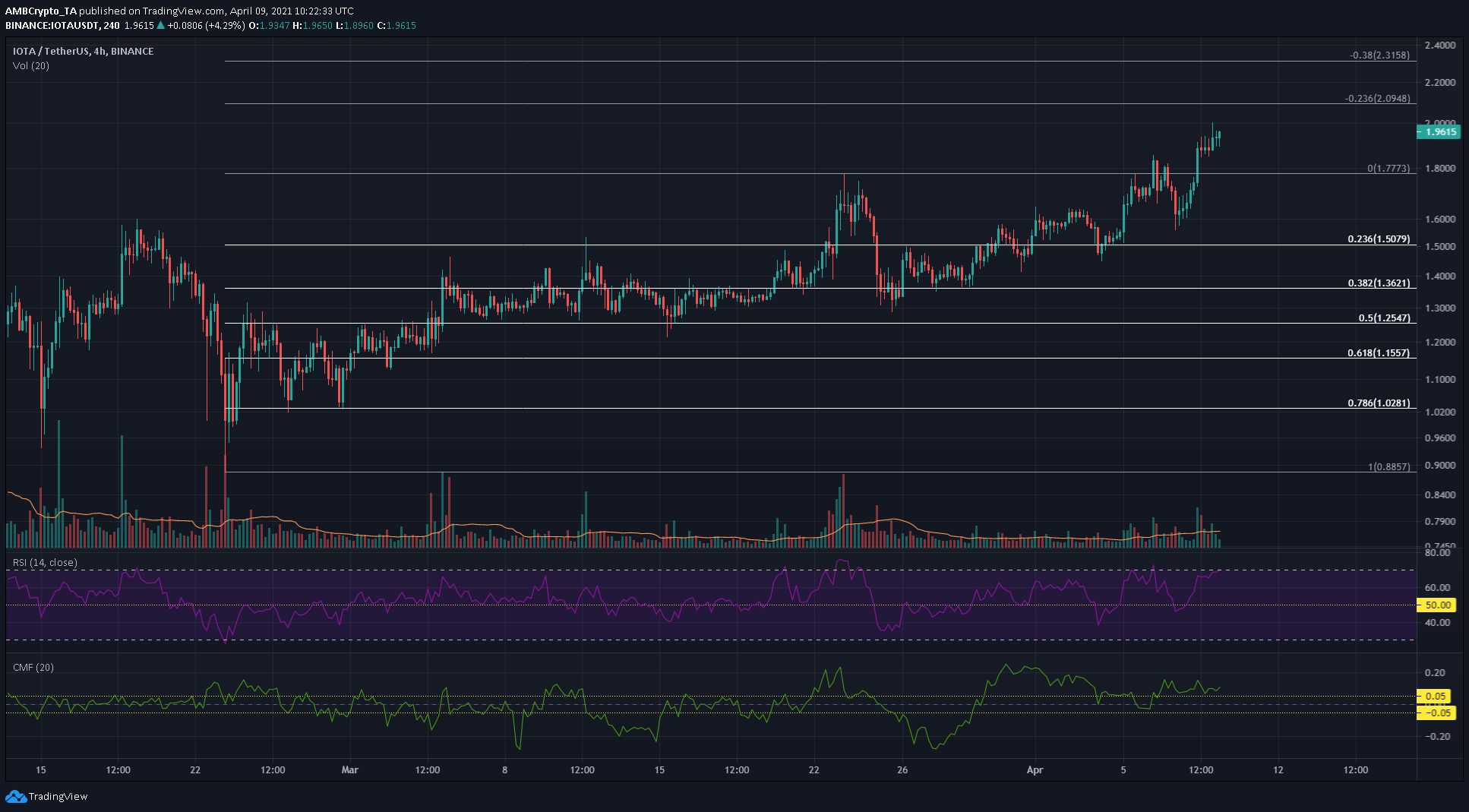 IOTA saw a strong surge in early February and moved from $0.38 to $1.55 in a span of three weeks. Since then, it saw a retracement to $0.88 before recovering to consolidate under the $1.36 resistance and flipped this level to support in late March and the $1.5 level to support in this past week.

IOTA was in an uptrend once more and was trading at $1.96 at the time of writing. The RSI showed a value of 68 and the Chaikin Money Flow was above +0.05 to indicate net capital flow into the market. 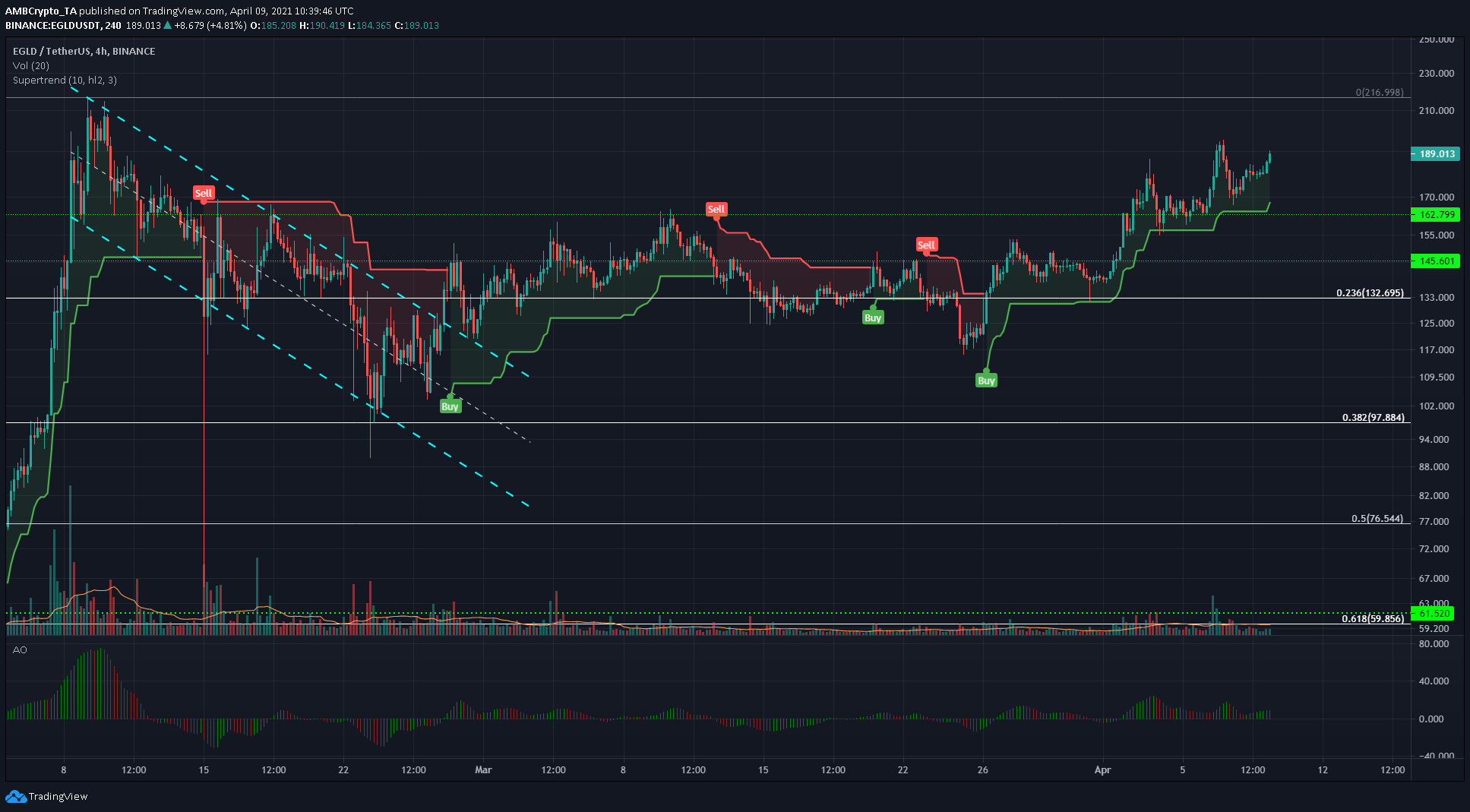 In February, EGLD broke out of a descending channel but was rejected at $162 and forced to pull back to $119 once more. In the two weeks hence, EGLD has surged from $119 to trade at $189 at the time of writing, with further room for gains.

The channel gives a technical target of $212 for EGLD to attain in a few short days. The Supertrend indicator gave a buy signal for EGLD, but the Awesome Oscillator showed waning bullish momentum even as EGLD reached higher highs.

Traders can make 25% on Bitcoin remaining market neutral, here’s how