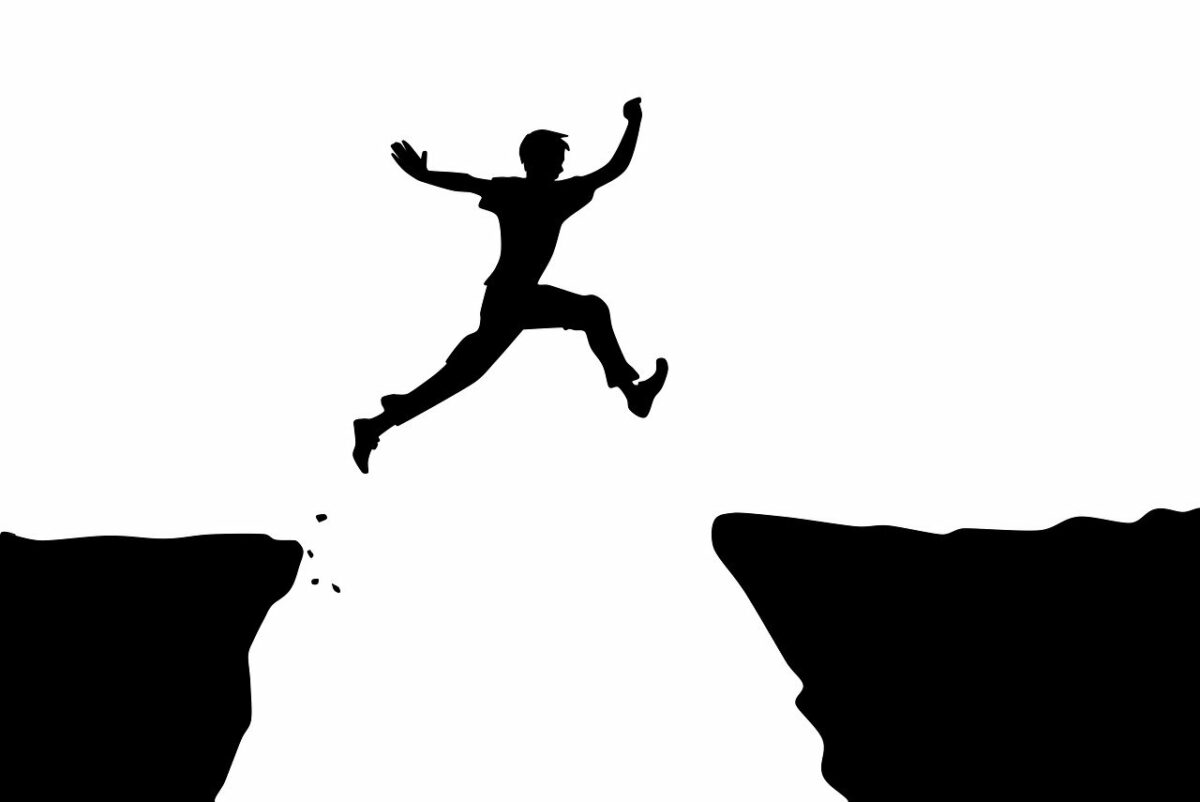 With Bitcoin showing signs of slowing down as its last three candlesticks on the one-day chart closed in the red, it didn’t come as much of a surprise when alts started consolidating too.

Chainlink, for instance, was seeing weekly gains of more than 25%, at the time of writing. On the other hand, some alts fell faster than anticipated to their older levels. MATIC is an example of the same.

MATIC was up by only 4.07% (weekly gains), a figure way lower than most top altcoins.

Matic Network integrated with Chainlink in June 2019 to enable decentralized oracles on its Layer 2 Plasma-fied sidechain network. Since then, the two have often been compared in terms of price and network abilities. Now, as Chainlink’s monthly ROI stands at +15.12% and MATIC’s notes -9.50%, it is interesting to see what is in store for the two cryptos in the near future.

That’s not it, however. The Gini coefficient for the two altcoins also highlighted an almost opposite trend. In the case of MATIC, there seemed to be no diversion from the normal trajectory. A higher value of the Gini coefficient on MATIC underlined that the wealth among the alts’ holders was more concentrated. On the contrary, a lower value of the metric on LINK pointed to a more distributed market.

The Gini coefficient measures the dispersion of wealth, a more even distribution of wealth is thought to be more stable as it is unlikely for any group of individuals to move the market. 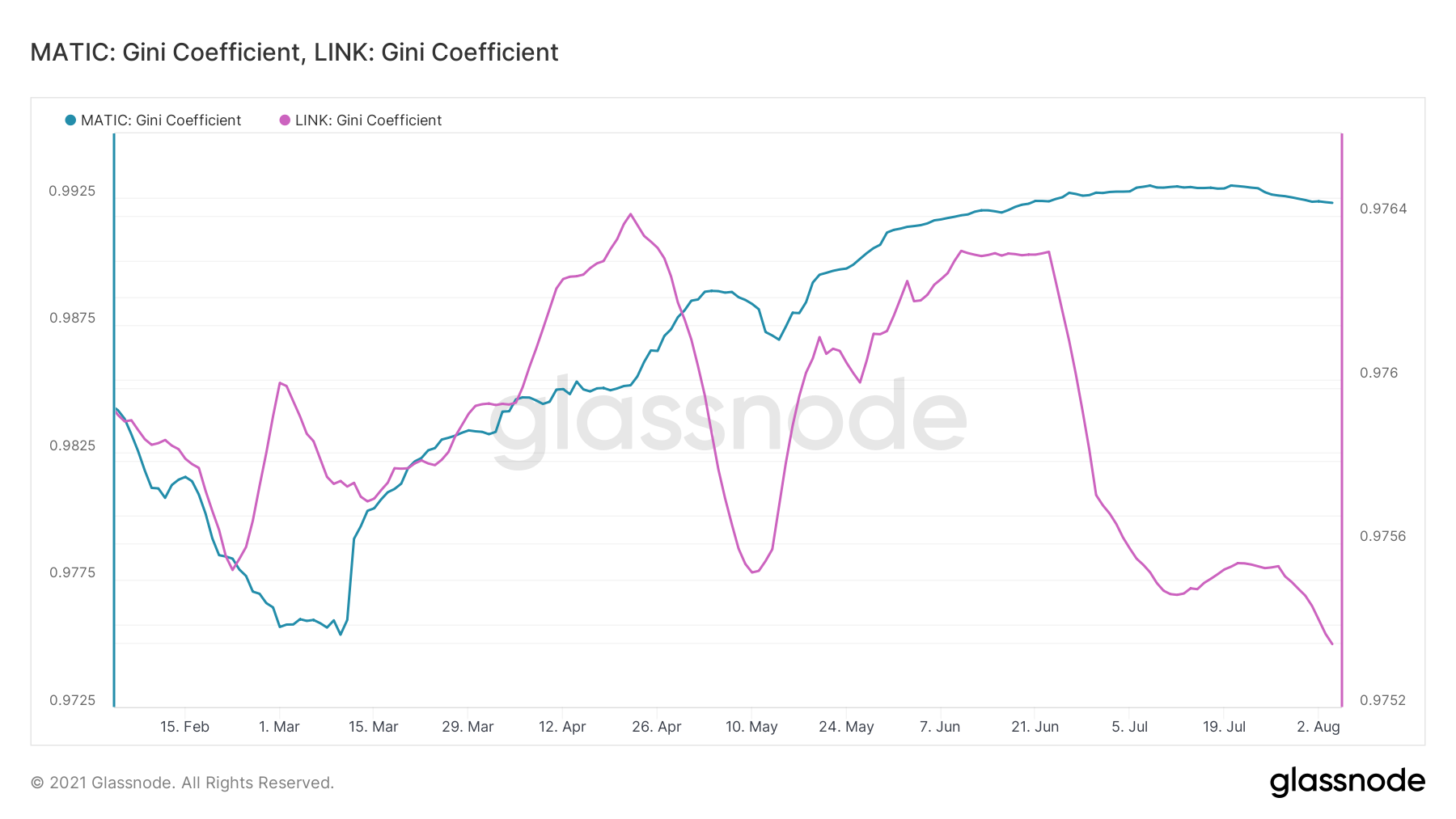 What about their prices?

The MVRV ratio can be a good measure of price and profits for an alt at a certain time. While it was notable that the MVRV ratio (30day) for LINK saw its first ATH after the 19 May price high, the same was not the case for MATIC.

In fact, MATIC’s MVRV ratio, over the same time, was much lower than its May high. Here, it’s worth noting, however, that it was still higher when compared to the last three months.

This too may be interpreted as a sign that MATIC didn’t reach its full potential in terms of price during this rally.

That being said, Chainlink has oscillated in the overbought zone since the beginning of August. MATIC, on the other hand, hasn’t done so even once. Looking at both the altcoins, it is clear that MATIC didn’t have the run it should have had.

On the contrary, LINK did see a decent rally. Its MVRV peak might be an early sign that the market peak had been reached and the price may go down from here. In fact, on the four-hour chart, LINK had already fallen by almost 5% at press time.

SKNP partners with RageFan to launch fan tokens and NFTs