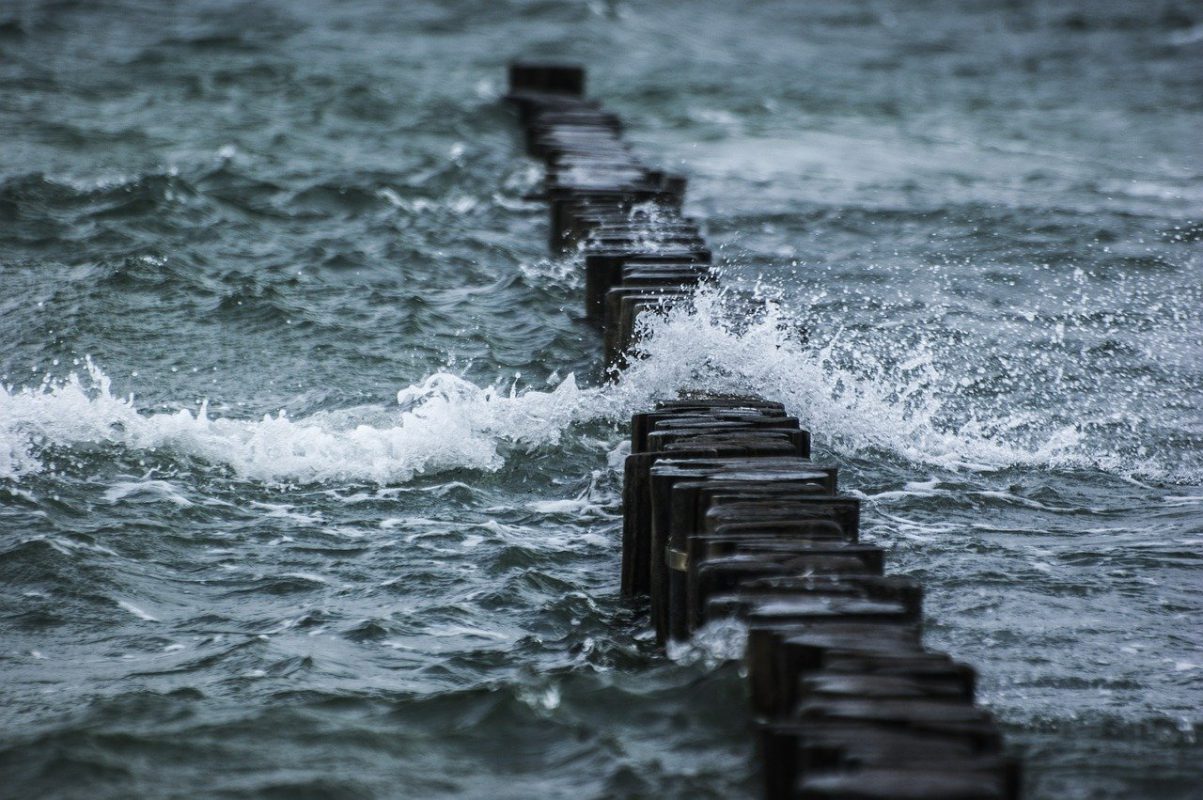 Chainlink recovered from the bearish divergence it exhibited a few days ago and rose back above a zone that was one of supply a week ago. Neo struggled to replicate this feat even though it had strong buyer interest behind it. Finally, Enjin retraced some gains from the past month. 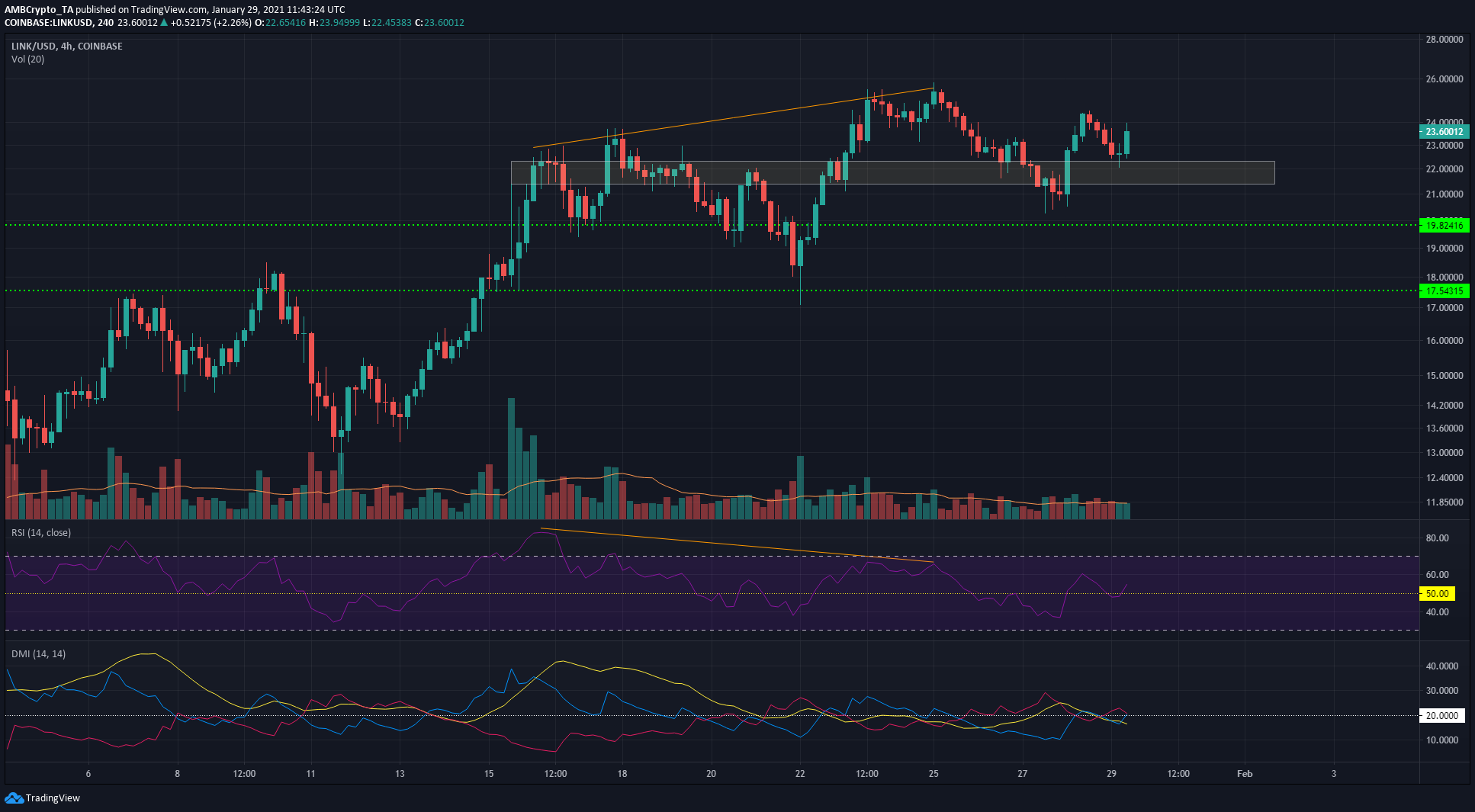 LINK registered a bearish divergence (orange) and dropped to $20.3 a few days ago, before recovering. At the time of writing, it was trading at $23.69. The region from $21.4 to $22.3 could offer some support should sellers step in with force.

The RSI picked up and registered a value of 55, a figure not indicative of another move north for LINK. The Directional Movement Index noted the absence of a strong trend for LINK.

The past few days do not illuminate a definite direction for LINK. Since the trading volume has been low over the past four days, LINK is likely in a phase of consolidation. A move above $25.4 would signal bullish strength. 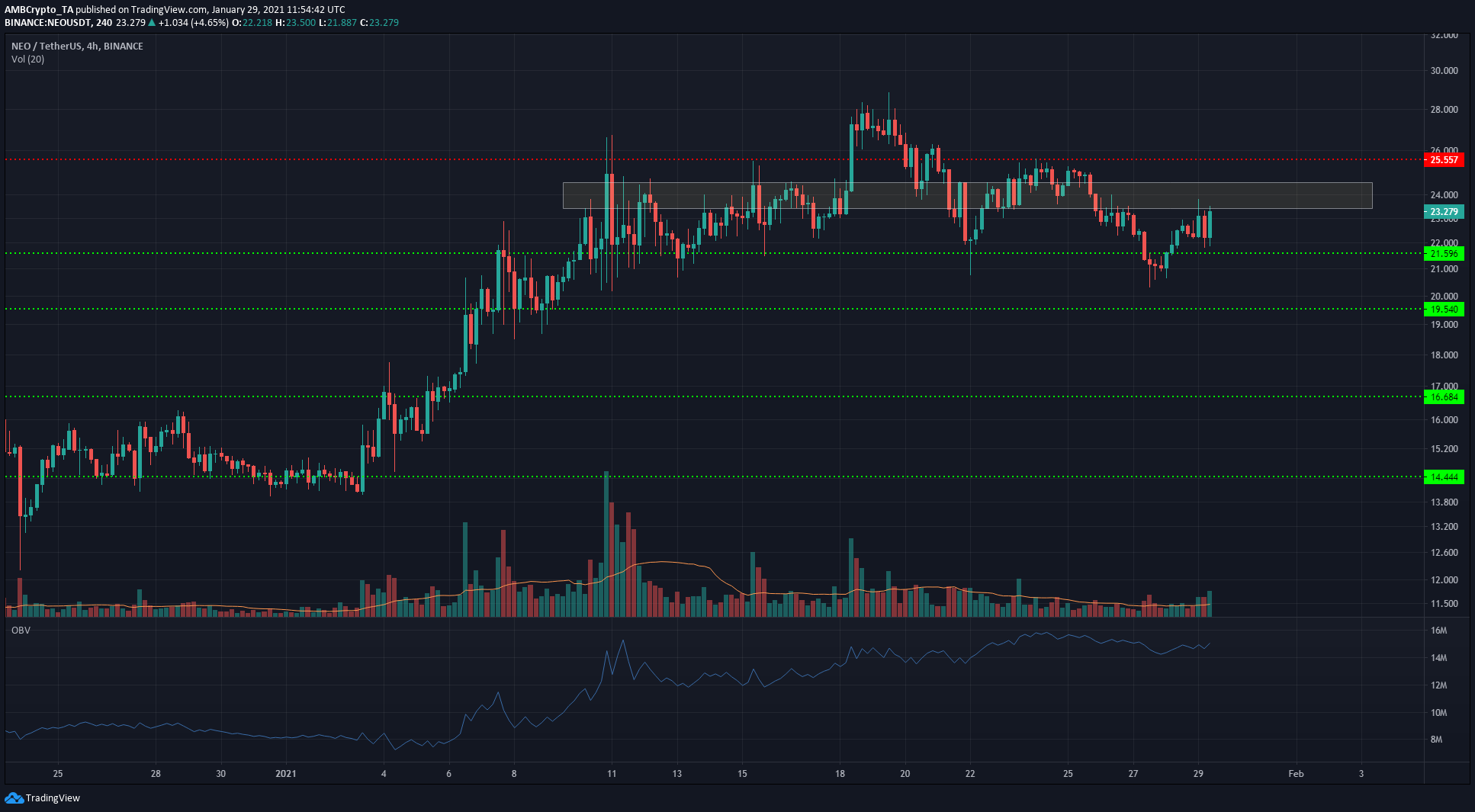 NEO’s market showed rising interest from buyers as the volume of the digital asset bought steadily climbed, according to the OBV. This sign of demand for NEO highlighted that the short-term selling pressure over the past week would likely reverse.

The $23.4-$24.55 zone has been a region of supply over the past three weeks. It was briefly flipped, but the selling intensity over the past ten days pushed the price from $28 back towards $21.5.

Climbing back above this area would see the $25.5-level pose some resistance to further gains. In the short-term, a defense of the $21.5-level will be crucial for recovery. 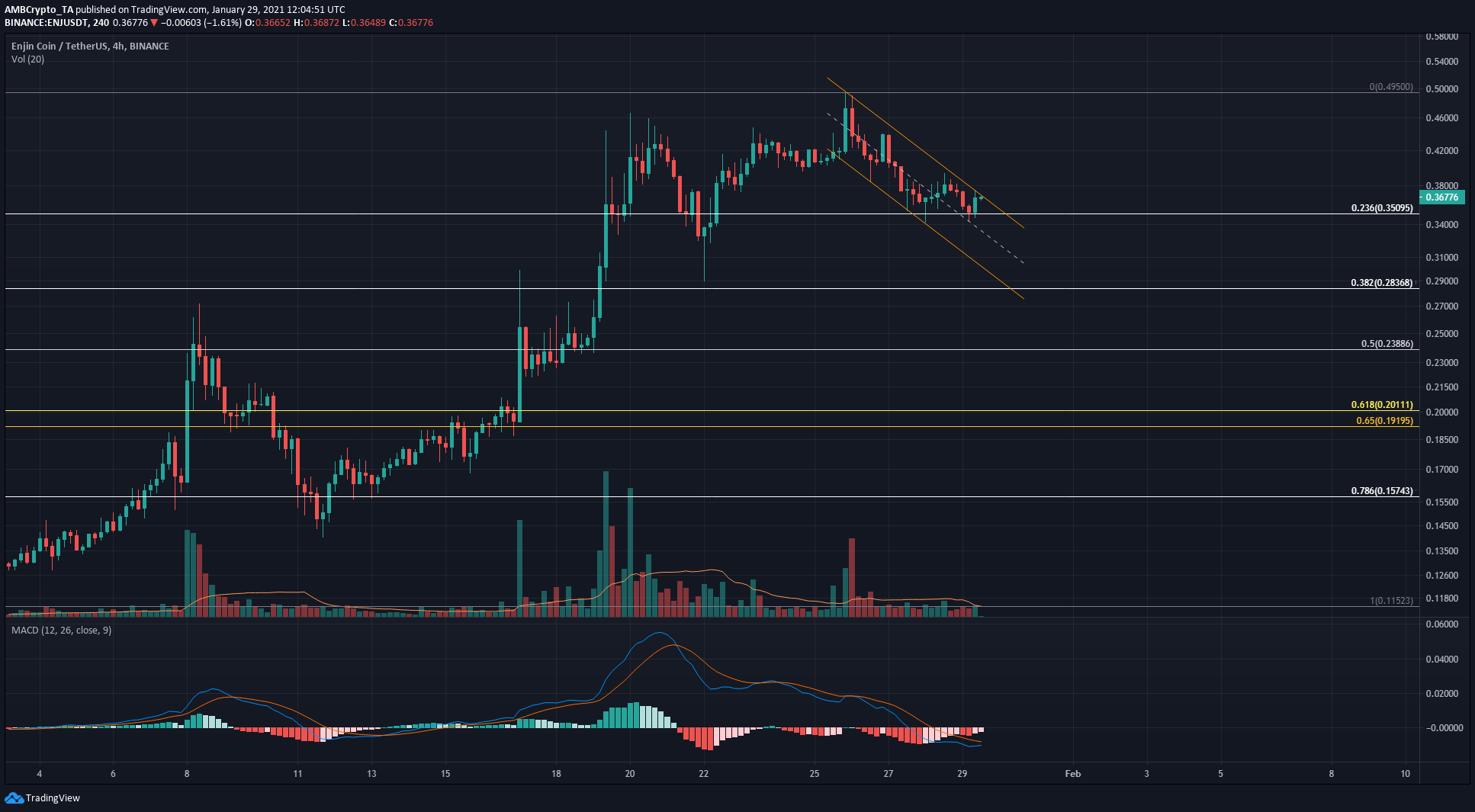 ENJ was trading within a descending channel. Using the Fibonacci Retracement tool for ENJ’s surge from $0.115 to $0.495, some levels of retracement were highlighted as support.

ENJ breaking under the 23.6% level would see ENJ continue to fall. The MACD pointed to this scenario as it was under zero and registered a strong sell signal on the 4-hour charts.

A breakout of the channel could see a bullish reversal that would take ENJ to $0.46, but a shift in momentum could not be seen, at press time.