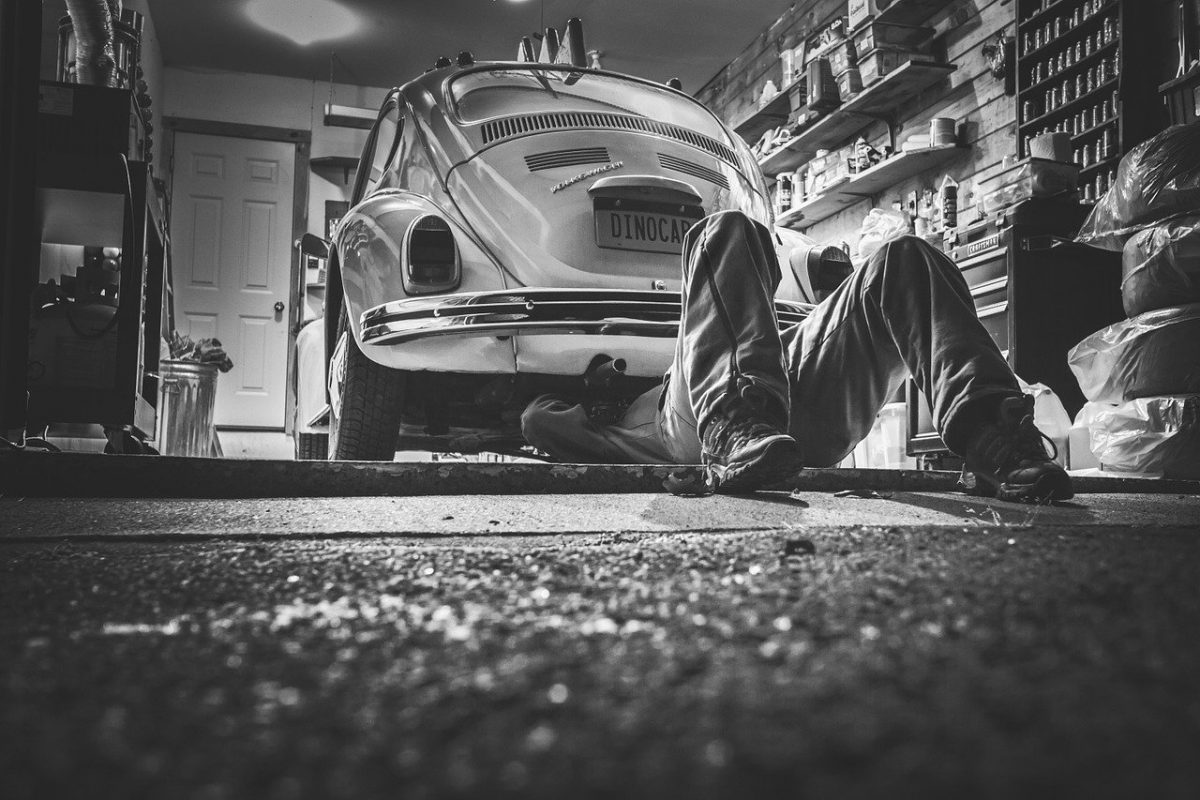 Chainlink registered short-term bearishness and was headed towards its level of support at $12.65 once more. Ontology bounced off the $0.54-level of support while Decred was trading in a region where a break to either direction could decide the direction of the next move for the crypto-asset. 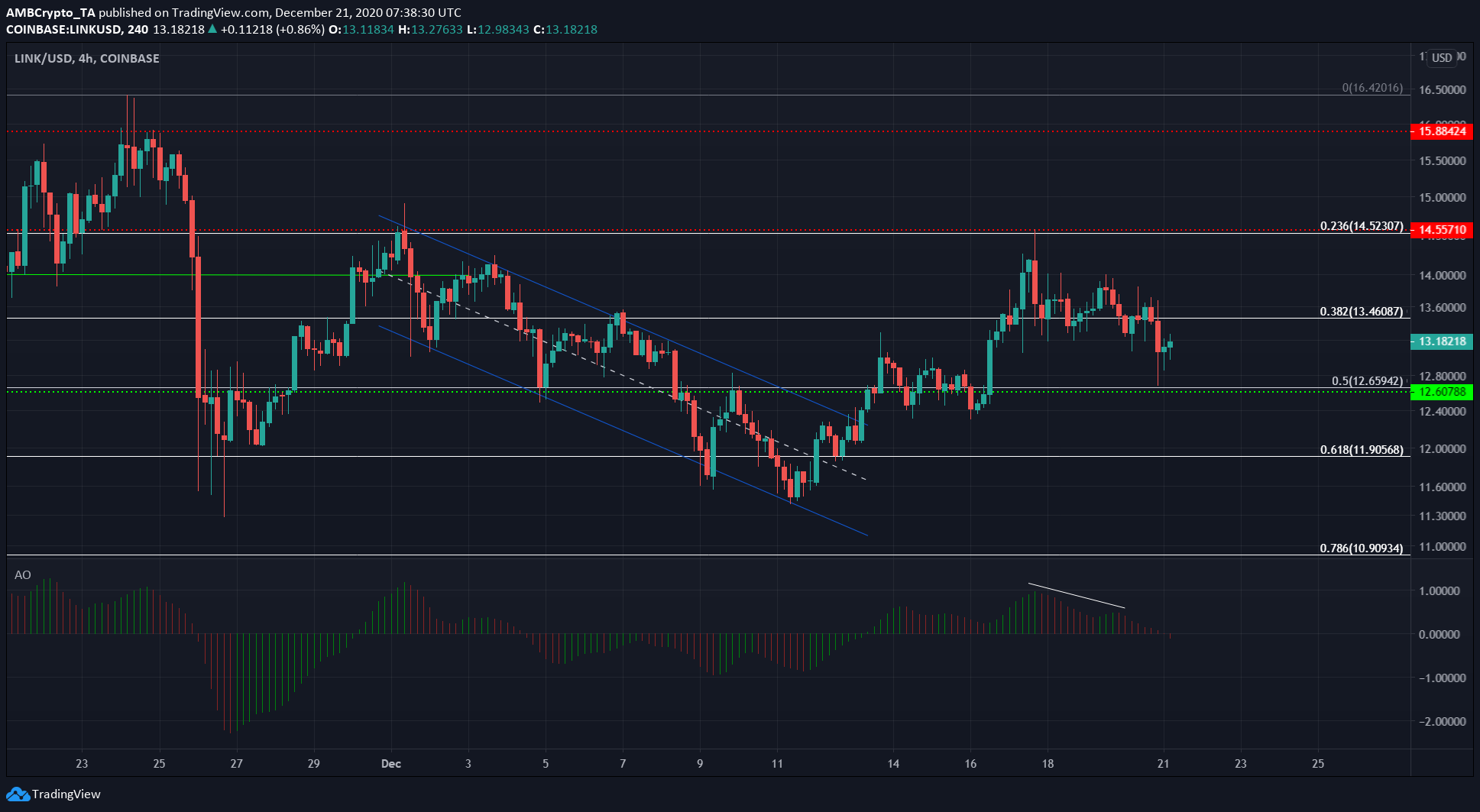 LINK broke out of a descending channel and touched the peak of the channel at $14.52, before facing some selling pressure that halted the price at $13.46 for a few days.

In the said time period, the Awesome Oscillator registered a bearish twin peak formation and even crossed under the neutral line. This signaled rising short-term bearishness, one that could see LINK revisit the $12.65-support level.

LINK could retest $13.46 as resistance before moving south once more. $13.2 is the mid-point between the $14.52 and $11.9-levels that LINK has tested multiple times over the past three weeks. A drop under the mid-point would signal growing bearish sentiment. 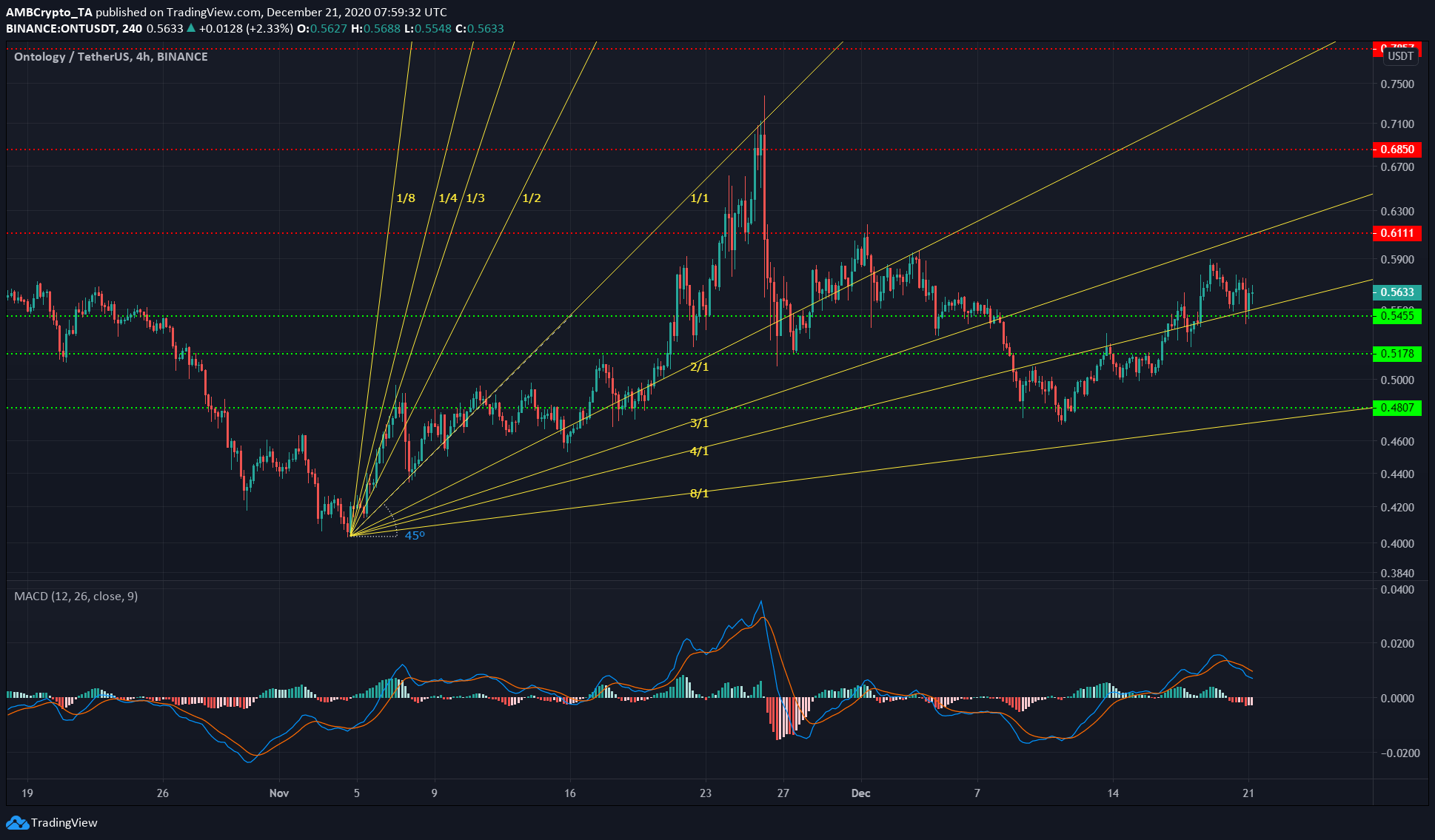 Using the Gann fan for ONT’s swing low at $0.4, it was observed that the 4/1 line of the fan was acting as a support for the price. The previous bounce off the $0.54-horizontal support had confluence with this line as well.

The MACD formed a bearish crossover, and ONT could dip to retest the ascending support line. A drop beneath the 4/1 line could see the $0.54-support lost in short order thereafter. 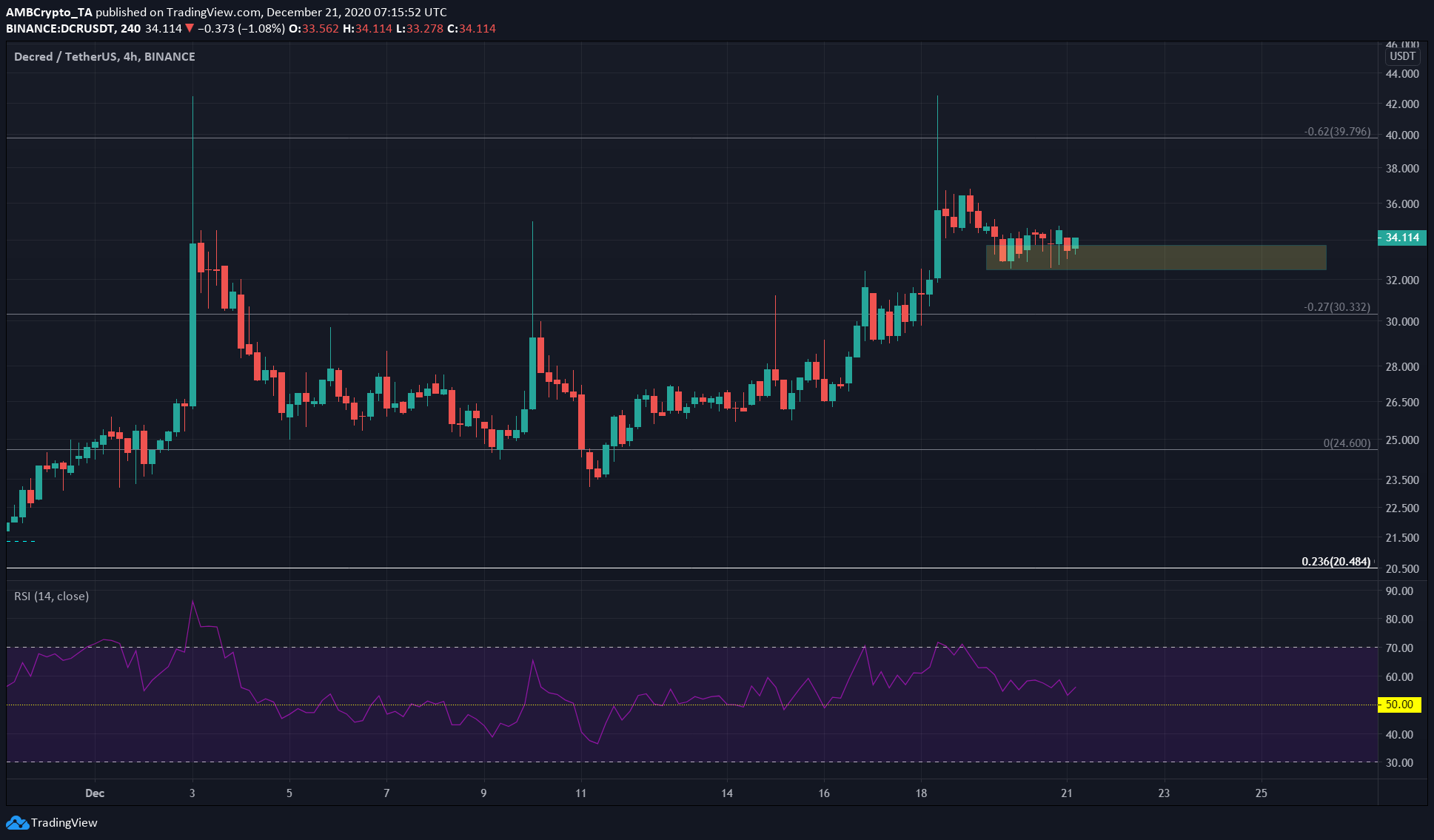 Using the Fibonacci tool for DCR’s move from $11 to $24 in November, some important extension levels were highlighted as targets for DCR. The 62% extension level has already been visited on two occasions, although take-profit and selling did not allow a session close near the $40-level.

The $27 extension level for that move at $30.3 has also been of interest for DCR. The RSI showed that the coin was on an uptrend, with the highlighted liquidity pocket expected to act as imminent support.

A drop under this zone, alongside a dip below 50 on the RSI, would suggest rising bearishness and present the possibility of DCR descending further to below $30.