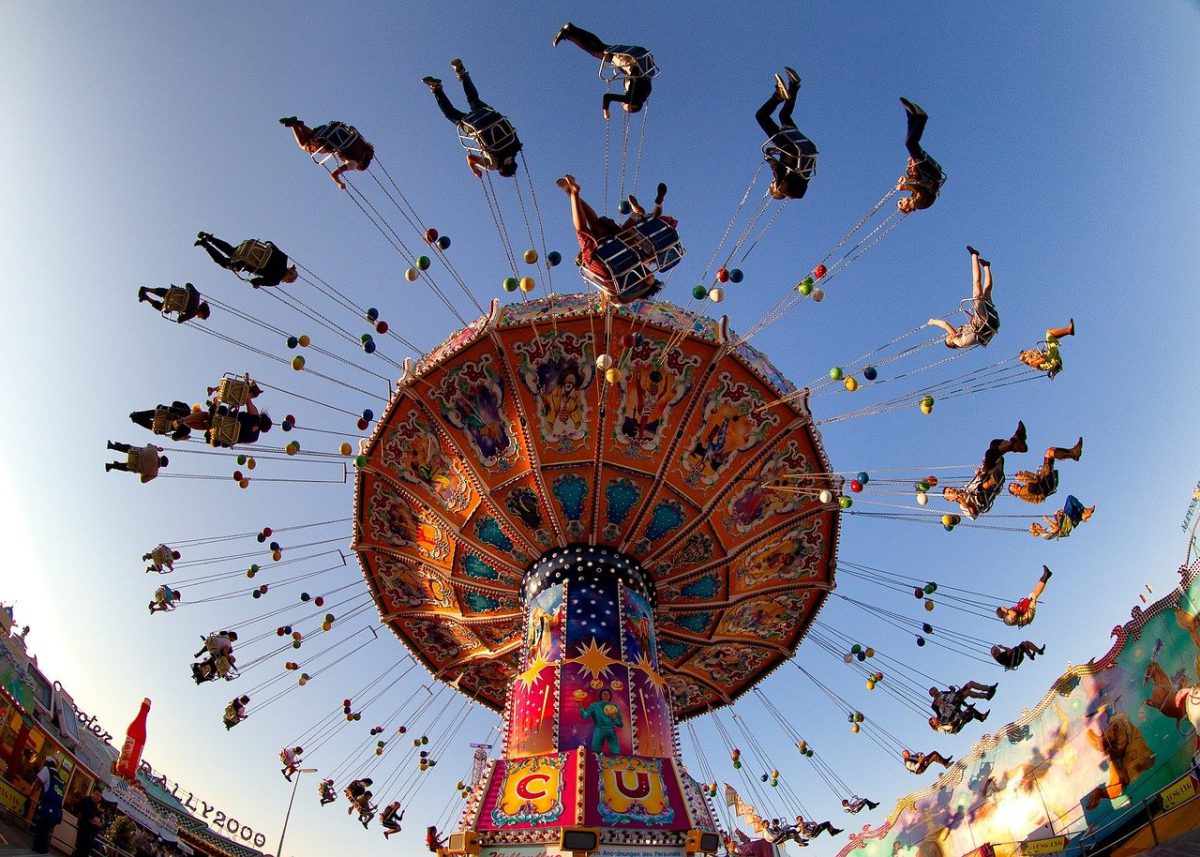 Disclaimer: The findings of the following article is the sole opinion of the writer and should not be taken as investment advice

There was no stopping Bitcoin (yet) as it sailed past $40k and was trading at $41780 at the time of writing. Chainlink was also strongly bullish, but it also experienced some bumps on the road. Over the past week, it has risen from $11.5 to $17.45 before a pullback to $14.55. This was a volatile path and the price was at a crossroads.

Chainlink held rank 10 on CoinMarketCap with a market capitalization of $6.4 billion. At the time of writing, the price was balanced on a knife-edge at $16.02. 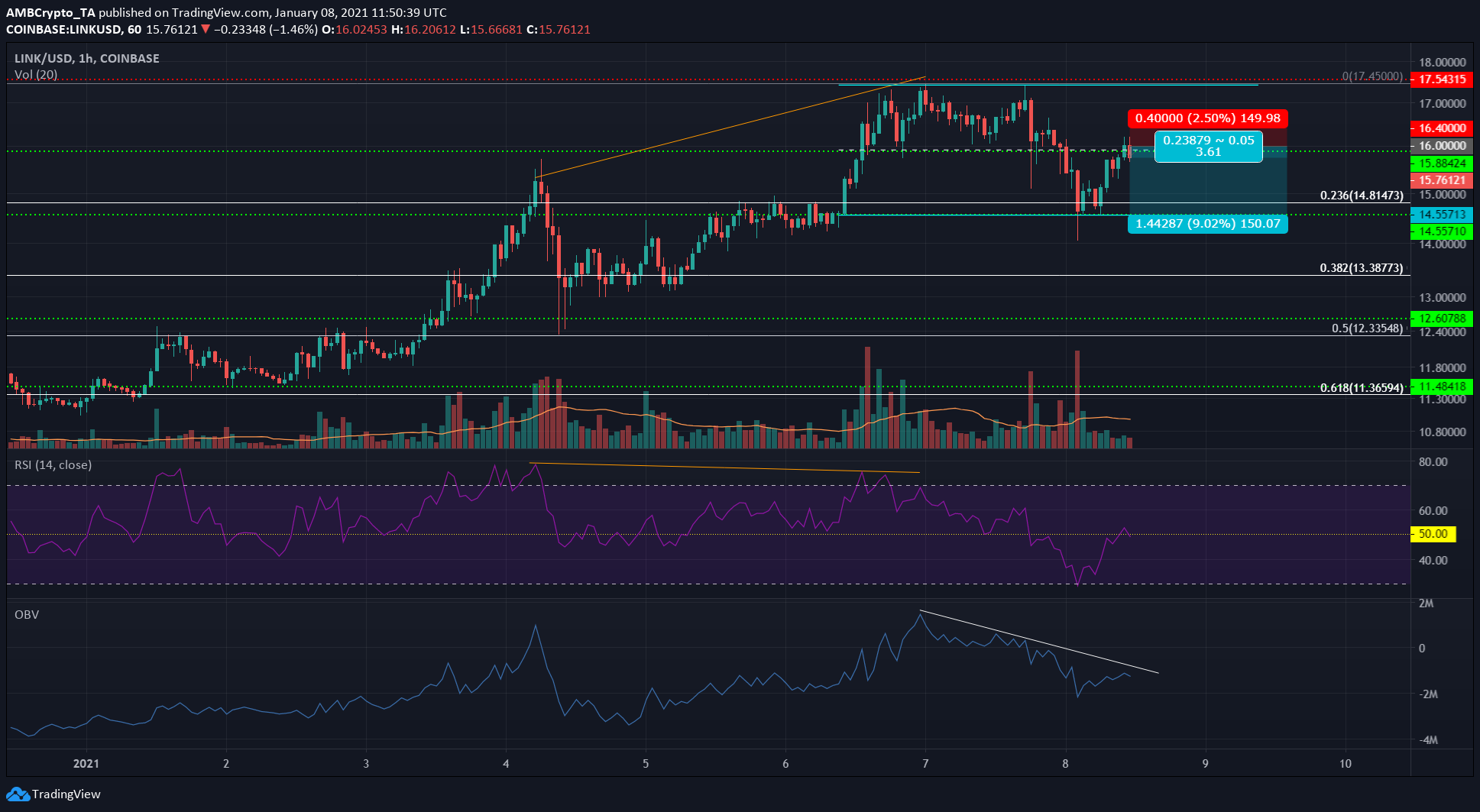 A bearish divergence (orange) between price and momentum (RSI) was exhibited. The RSI continued to make lower highs even as LINK struggled to force its way up to $17.5.

It met a harsh rejection and found support at the $14.5 level, from where it has recovered somewhat to trade at $16.02 at the time of writing.

However, this can’t be termed as a convincing recovery yet. A move to the downside once more may be likely for LINK.

Even though the RSI found its way back above the neutral 50 value, a lack of volume could presage another drop for LINK in the coming hours.

Combined with a surging Bitcoin, some traders could look to sell alt assets like LINK and chase BTC profits. While the shorter timeframes suggested that the bearish momentum for LINK was receding, the lack of buying volume was a red flag.

This short scalp trade would not be indicative of a reversal in trend for LINK. Chainlink has soared from $11.5 over the past week and this move to the downside could be the beginning of some retracement of those gains.

A move below $14.55 would see LINK lose the short-term range it has formed (cyan), while a steadfast defense of the $14.55 level can then be assessed for a potential entry into a long position back toward $16, the mid-point of the range. However, this would require the OBV to move up.