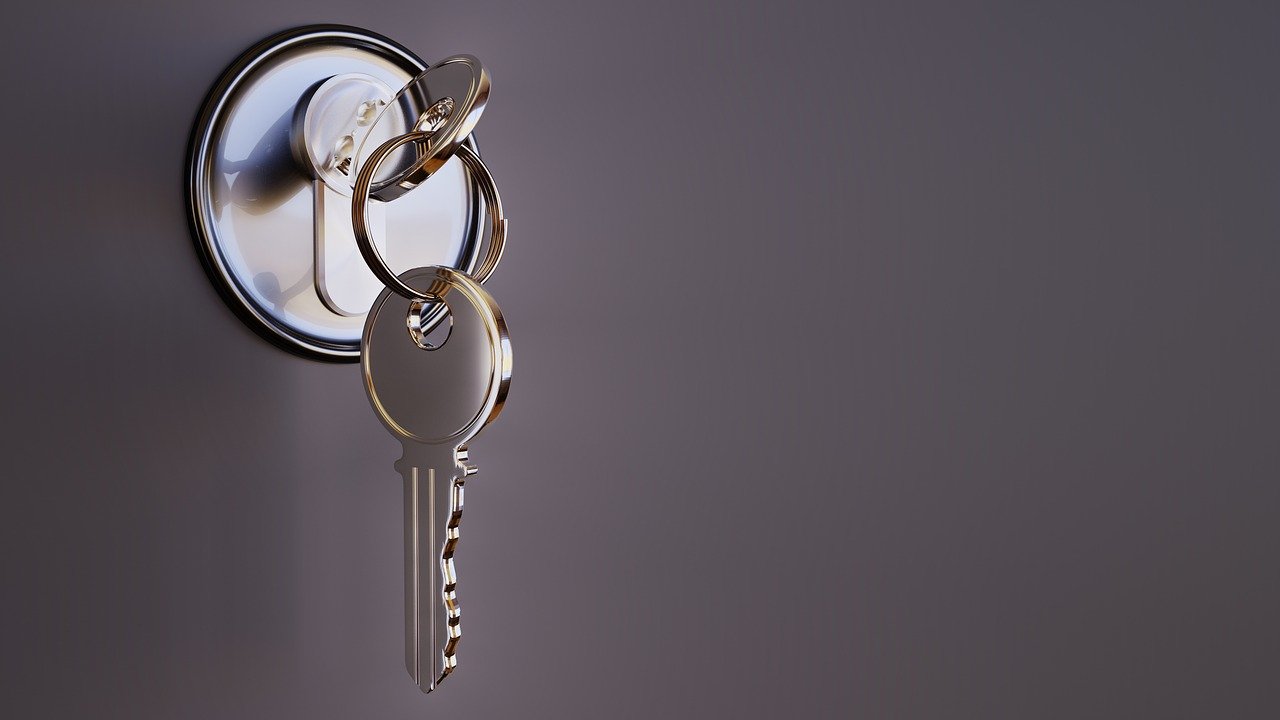 Chainlink established the $17.4 level as support and has tested it in search of buyers multiple times. Even though the price broke well beneath this level in the sell-off event of 4 December, it can be said that buyers have held this level of support pretty well.

The momentum has now flipped in favor of the bulls, and the $20.8 level has also been flipped to support. Ahead, the $23-$24 area could halt LINK’s advance. 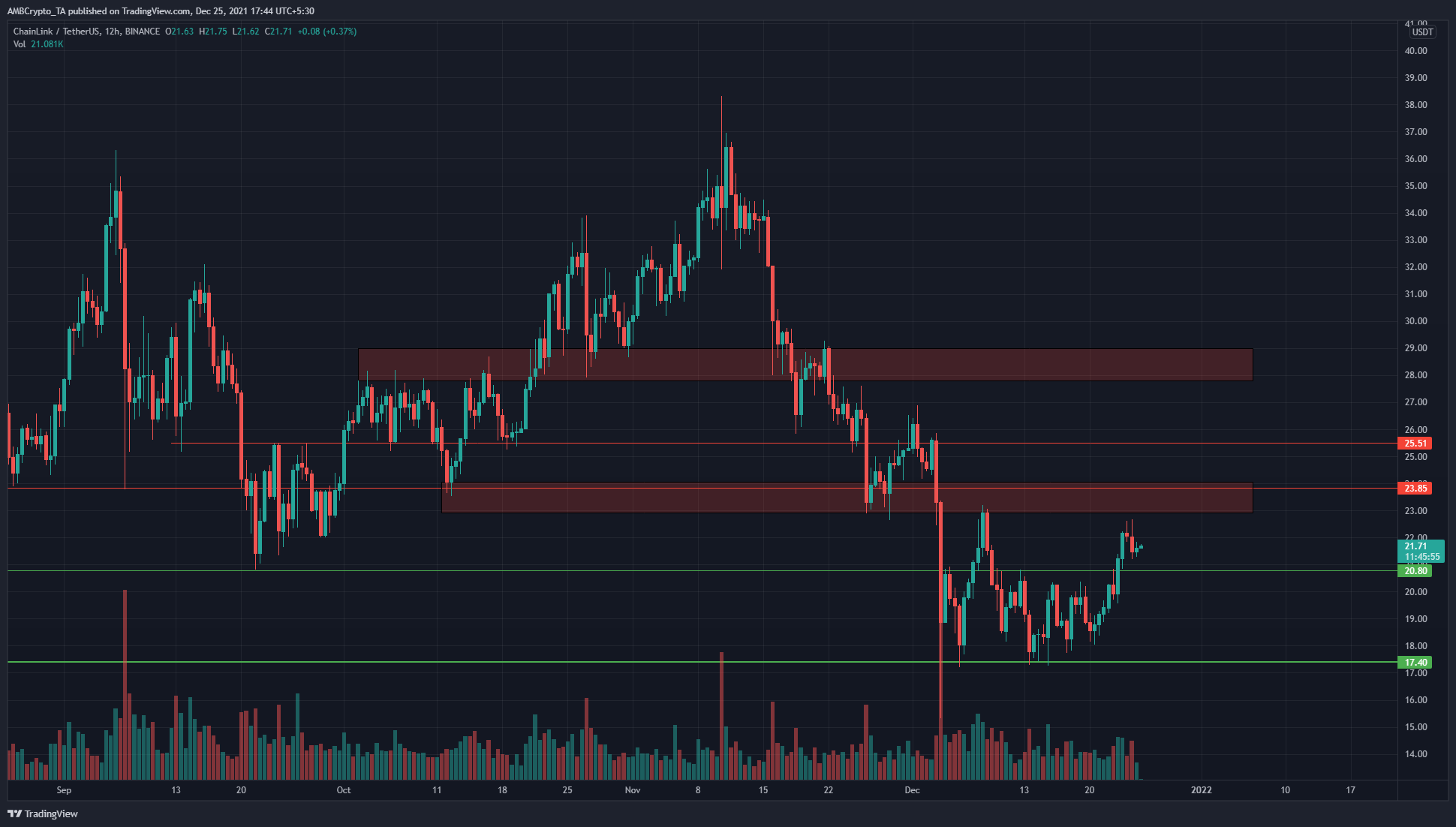 The $23 area (lower red box) was a place where LINK had two significant bounces off since October. Above it, the $28 zone also represented a hurdle for the bulls. The flip of $20.8 was encouraging, but over the next few days, LINK has to climb past $23 as well.

A rejection around $23, followed by the formation of a higher low would also point toward continued upside for Chainlink. However, bulls should not allow a rejection at $23 (if it occurs) to lead to a loss of the $20.8 level as support.

If this scenario played out, it would establish $23 as range highs, and $17.4 as range lows. Hence, a bullish market participant would want to see some sideways trading at or beneath the lower red box at $23 followed by a move above this pocket. 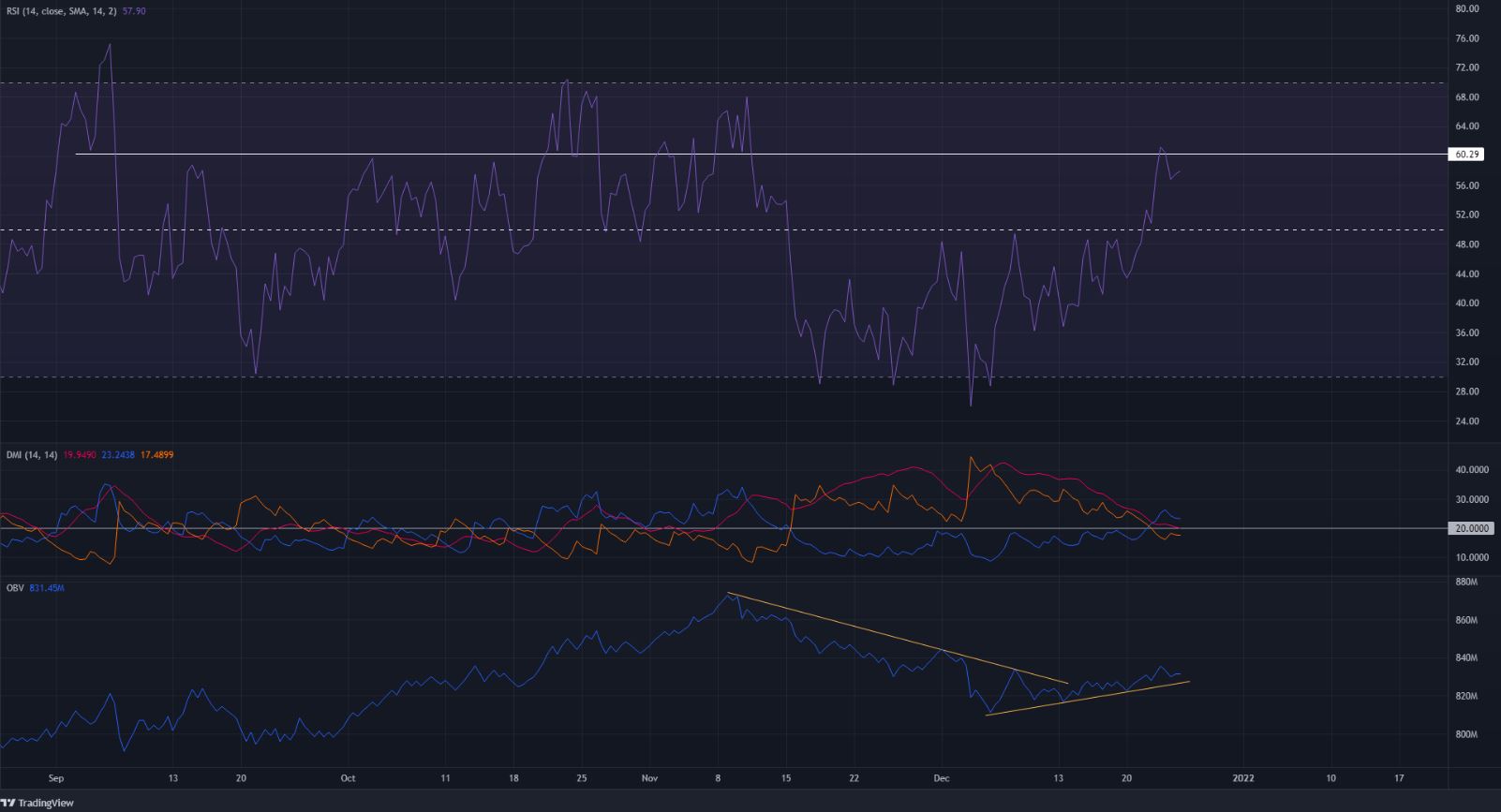 The momentum had flipped bullish on lower timeframes a few days ago, and the higher timeframes now showed that the change in momentum could be lasting. The RSI climbed above neutral 50 and retested it when the price was at $20.

The OBV broke its downtrend from November on the 12-hour chart and has formed a series of higher lows following the descending trendline break.

The Directional Movement Index showed the ADX (pink) to be at 19.94, and the +DI (blue) at 23.5, indicating a bullish trend of some strength.

The formation of range highs at $23 was a possibility, and a bullish Bitcoin could see LINK climb rapidly above the $23.85 level. A close below $20.8 would indicate another sweep of $17.4 lows, while a close above $23 would show buyers were strong.

Analyzing Dogecoin’s ongoing rally and roadmap for the coming days

With its downtrend weakening, investors can expect this from Ethereum