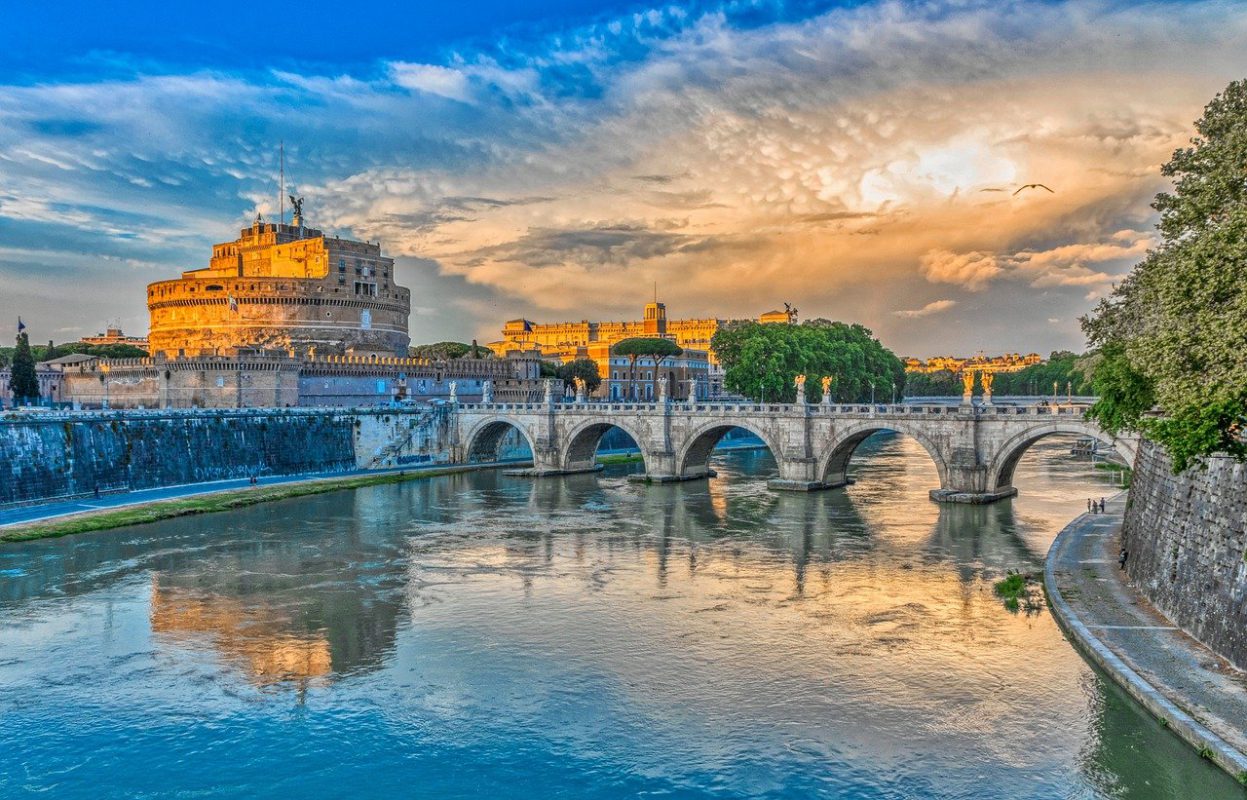 Chainlink sat atop an important level of support, the loss of which would confirm that the market’s bears were in the driving seat in the LINK market. Synthetix registered a notable lack of buying volume in recent weeks, and it could continue its descent past $4.2. Finally, Status formed a bullish pattern and could see a breakout to the upside. 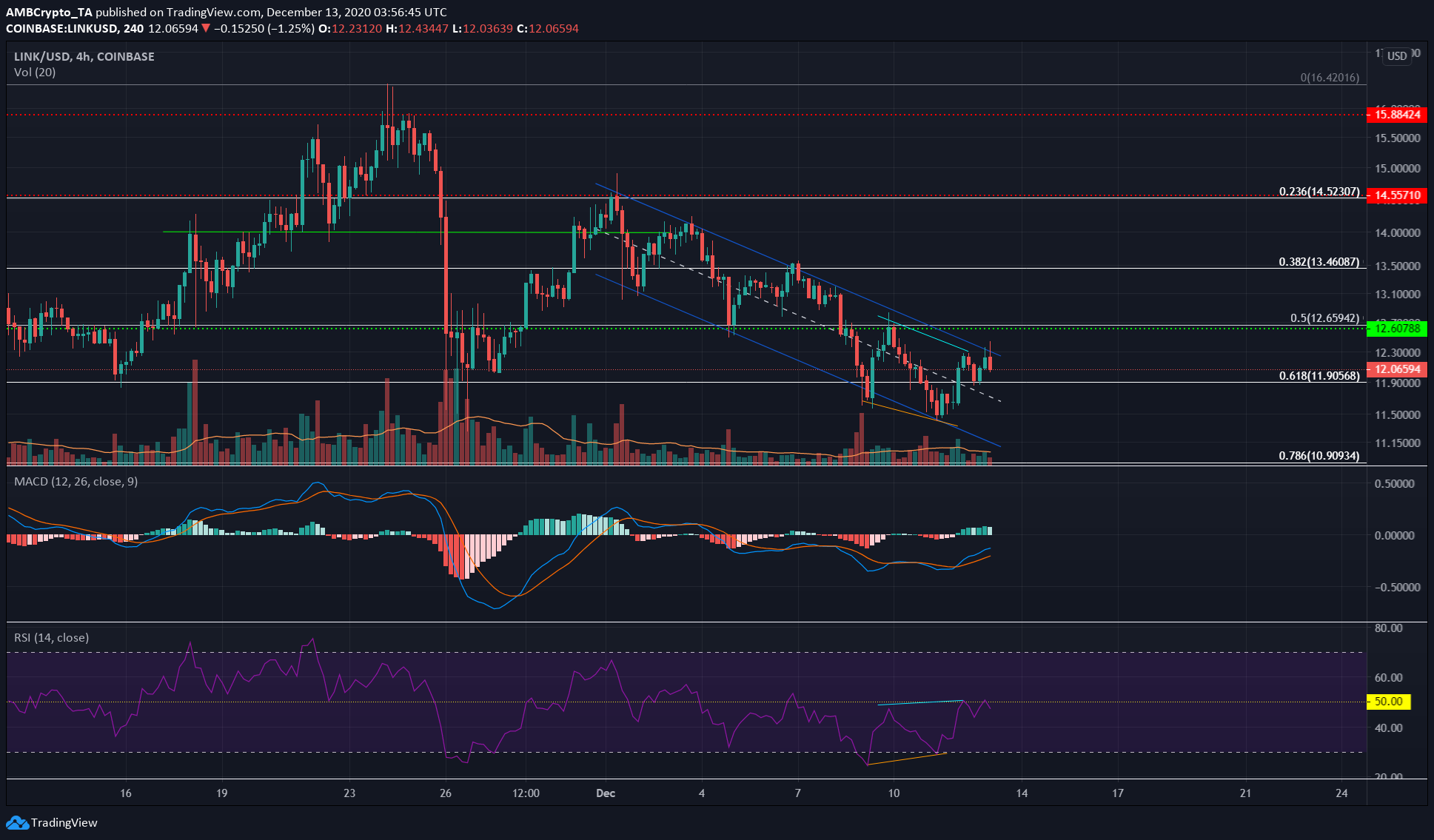 Since climbing to $14.55 earlier this month, the cryptocurrency’s price has been gradually descending, with the same trading within a descending channel (blue). The price appeared to recover well from the sharp drop from the local high at $16.42, but the bears were able to assert themselves.

This divergence was followed by the price reclaiming the important level, however, a hidden bearish divergence (cyan) was also spotted, after which the price dipped slightly to retest the $11.9-level.

The next direction for LINK will be decided by a close above the channel, or the flip of the 61.8% level $11.9 to resistance.

In other news, a smart contract development platform for Tezos, Smart Chain Arena, was announced to be the latest recipient of a blockchain integration grant from Chainlink. 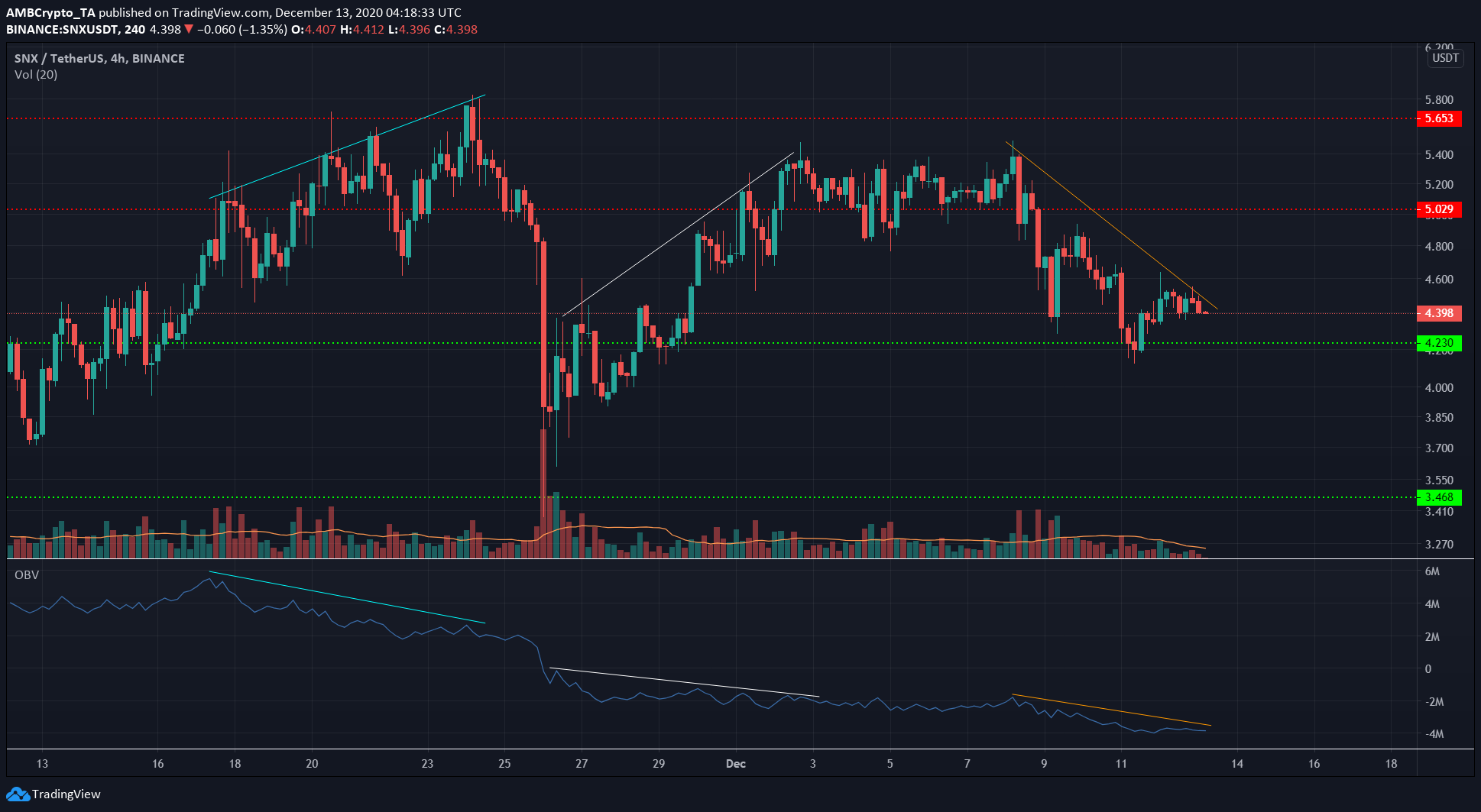 Over the past month, SNX has seen two periods where the price and the OBV were in disagreement (cyan and white). The price made higher highs even as the OBV made lower highs to denote that selling volume outweighed the buying volume.

Over the last few days, SNX bulls fought valiantly but in vain to hold on to the $5-level but were unable to do so. The market had witnessed another sharp drop to $4.4, at the time of writing.

The levels of support at $4.2 and the pocket of liquidity at $3.8 are likely to be tested in the coming days, and continued selling pressure would see the price break beneath these levels. 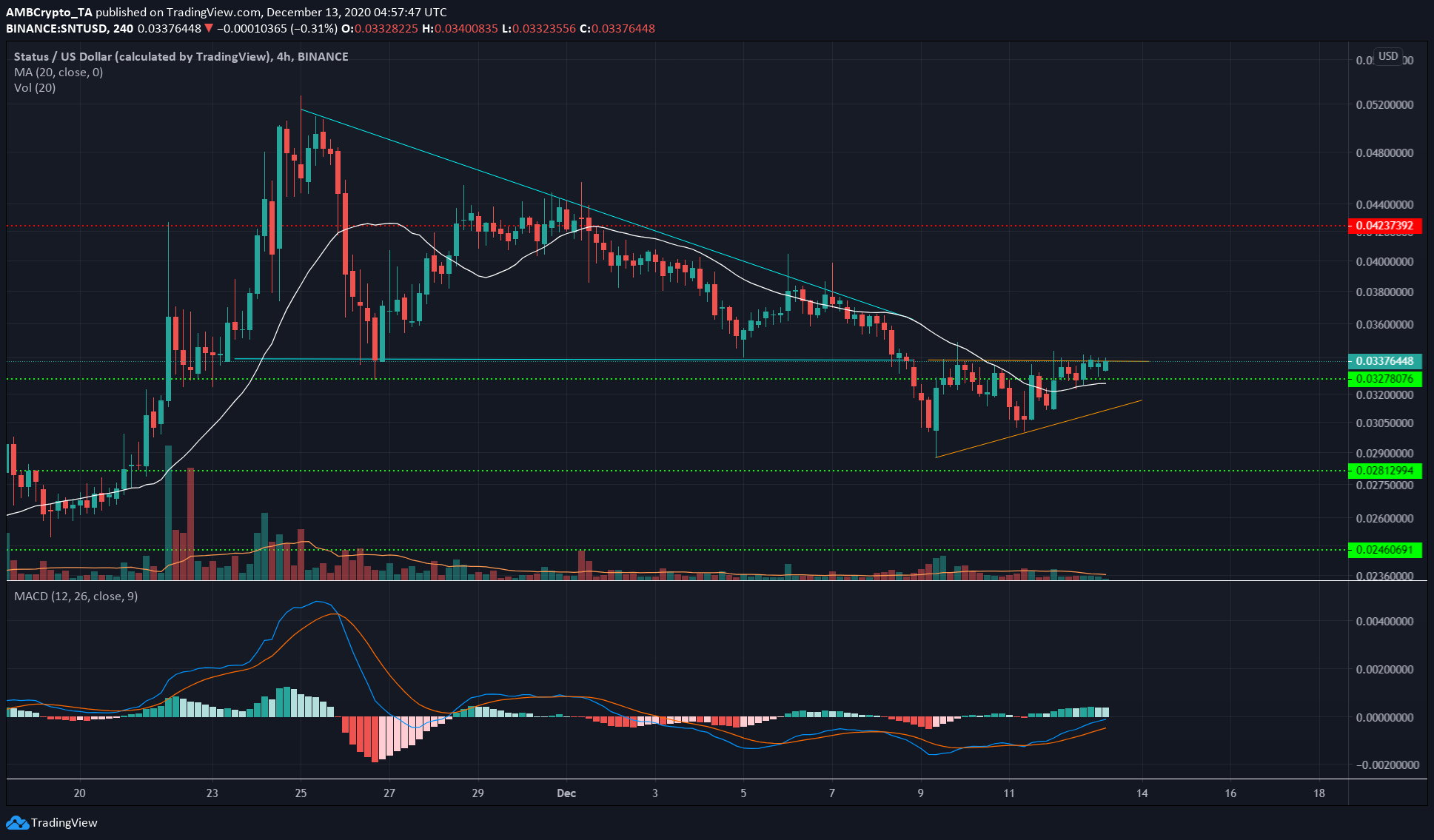 The descending triangle pattern generally sees a bullish breakout, but it was invalidated by a drop below $0.033. However, buyers stepped in at the $0.029-region. The MACD also noted the shift in momentum and formed a bullish crossover.

The past few days saw SNT form an ascending triangle, one that could see the price break out to the upside.

A trading session close beneath the lower trendline would invalidate the pattern.

Bitcoin ‘breaks free’ of S&P 500 correlation: What does this mean?