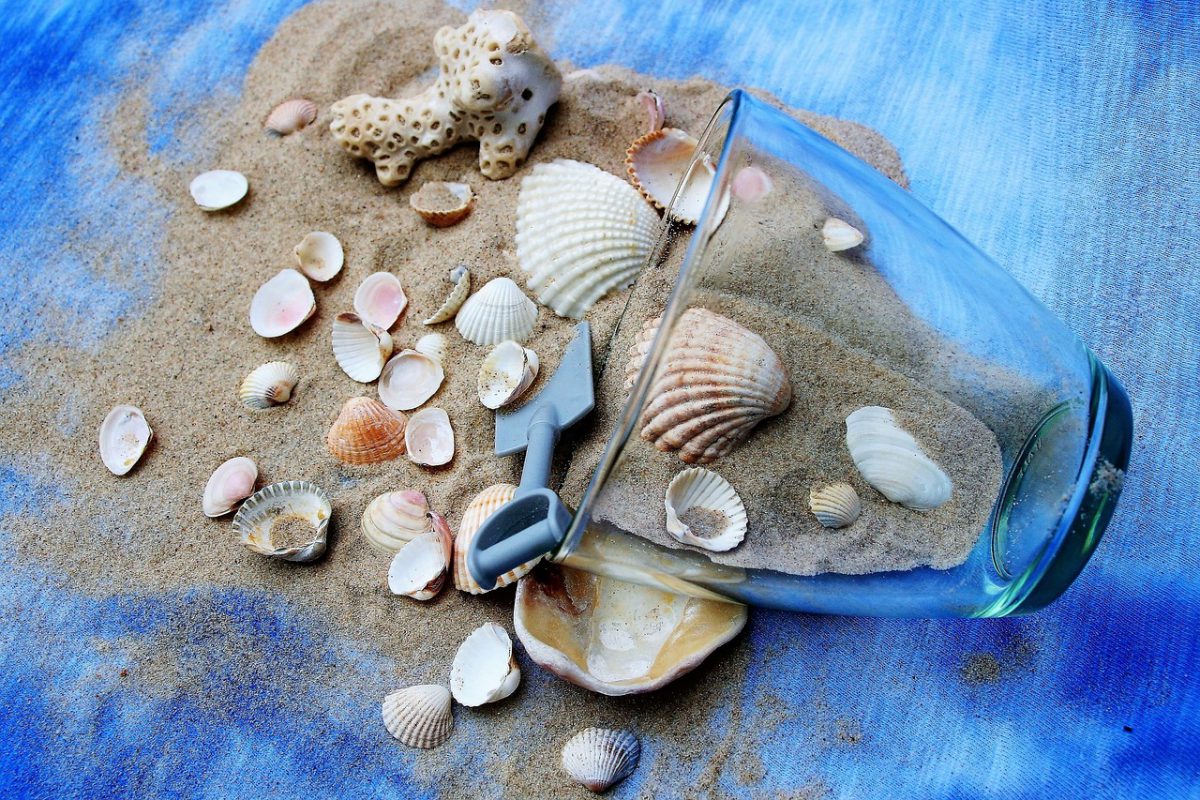 Chainlink formed a bullish pattern on the charts and could revisit the $34-level after a brief dip towards $30. Waves and Nano were also likely to register a dip, at press time. While the long-term outlook remains bullish for Waves, Nano needs to see some strength from the market’s buyers, before it can move past the $7-level once more. 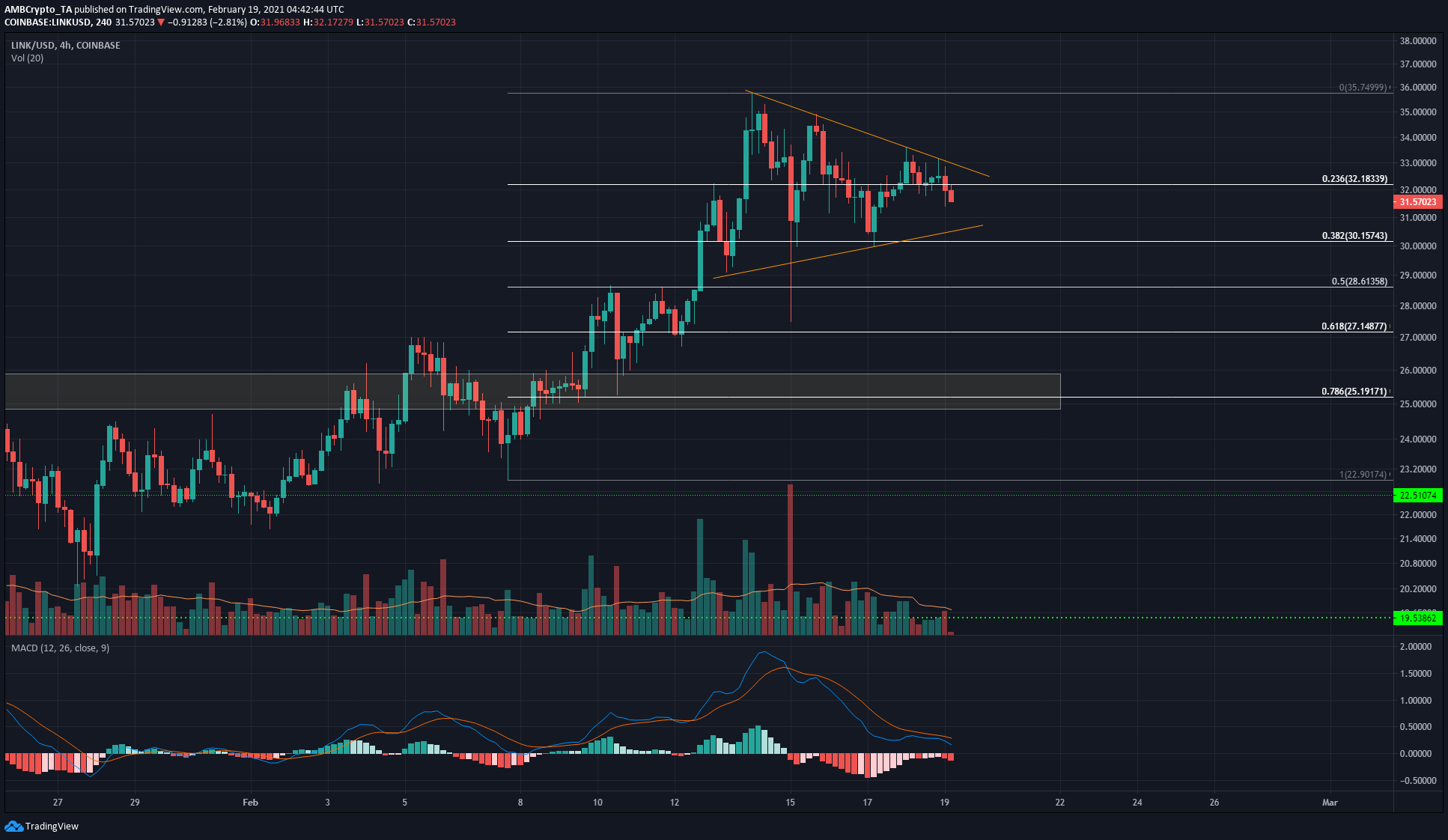 Chainlink formed a symmetrical triangle on the charts backed by falling trading volume. This indicated that a breakout to the upside was likely after LINK retests the lower boundary of the pattern in the $30.5-region.

The 38.2% retracement level at $30.15 could also see a candlewick. Given the previous market trend and LINK’s bullish momentum since it surged past $28, a move back towards $34 seemed around the corner.

The MACD formed a bearish crossover but stayed above zero to underline some short-term selling pressure. This was not a strong sell signal, however, with the same arising only if LINK falls under $30.15. Hence, the $30.3-$30.6 area is likely to invite buyers. 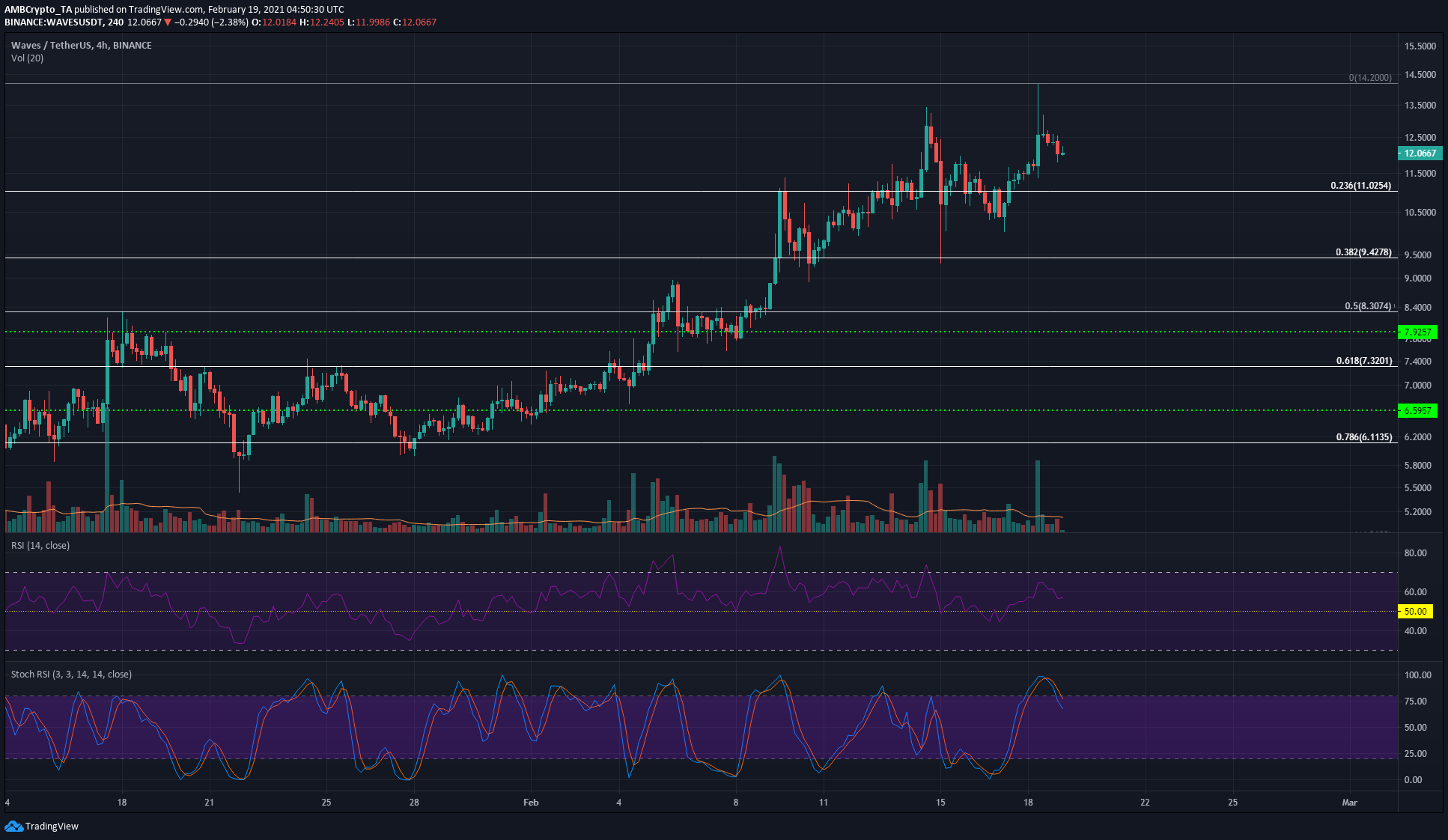 Both the RSI and the Stochastic RSI were slowly moving south for WAVES after it posted a high at $14.2. Levels of retracement can be highlighted as potential levels of support, and $11 was the next level likely to be tested for WAVES.

Selling pressure at the local top forced the price to $12.5 from the $14.2-mark, and the subsequent session was a candle where the market’s bulls were exhausted in the short-term. This price action was indicative of a pullback.

The $11-region can be used to buy WAVES based on the reaction of the price at the level. Since the RSI was still above 50, an uptrend can be deemed to be in progress. 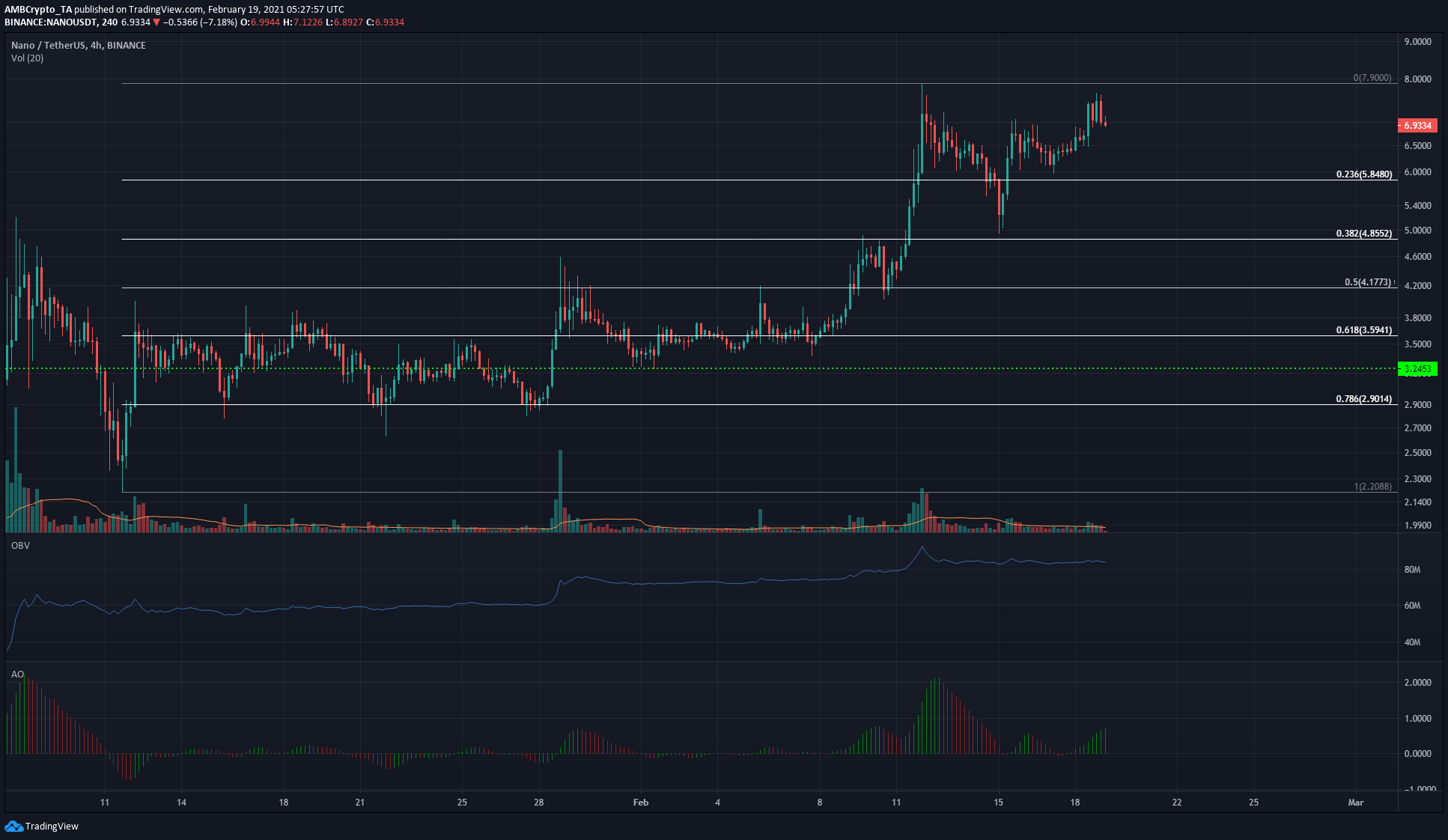 NANO tried to breach its previous local high in the $7-region, but the OBV showed that the past few days actually saw slightly more selling volume than buying.

This was a body blow to the market’s bulls and over the next few days, a pullback to $5.84 can be expected.

The sentiment seemed to be strongly bullish for NANO in the medium-term after it surged past $5, but the next few hours could see a dip that should be used to assess a buying opportunity at $5.84-$6.