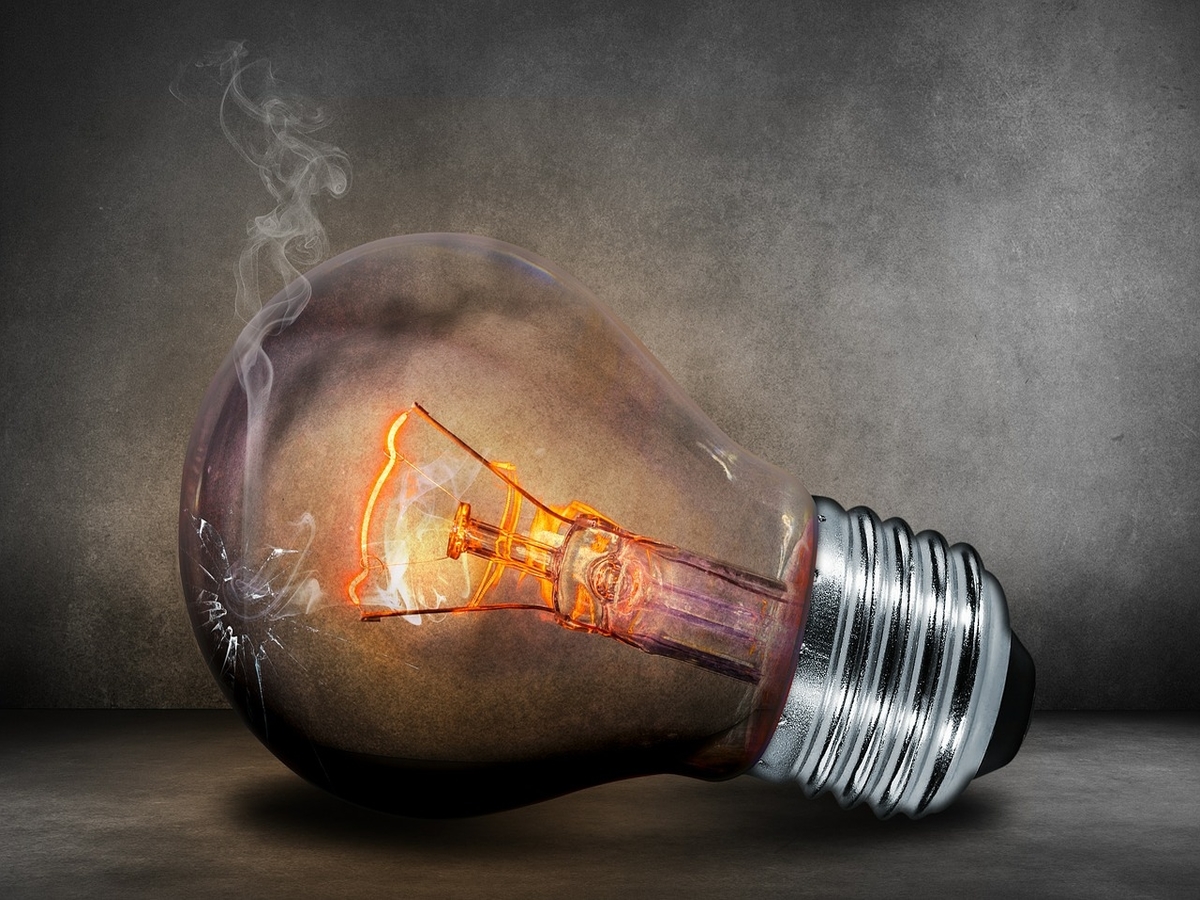 Chainlink, the market’s 15th largest cryptocurrency, has had a pretty decent week so far. At press time, the altcoin was trading at $16.82, up by 4% on both the daily and weekly windows. Now, while the crypto’s price may be rallying, what does the alt’s on-chain sentiment imply?

Will Chainlink be able to sustain its rally?

In all probability, no.

The 30-day moving average of the total number of token transfers has noted a steep decline since the beginning of June. LINK tokens are used to pay node operators for retrieving data from off-chain feeds, converting it into blockchain compatible formats and performing off-chain computations. In return, the tokens are staked by node operators to guarantee uptime and correct data.

Ultimately, a drop in this metric underlines the hibernation state of node operators and people from the community. The number of tokens being transferred needs to rise in order to support LINK’s price rally. 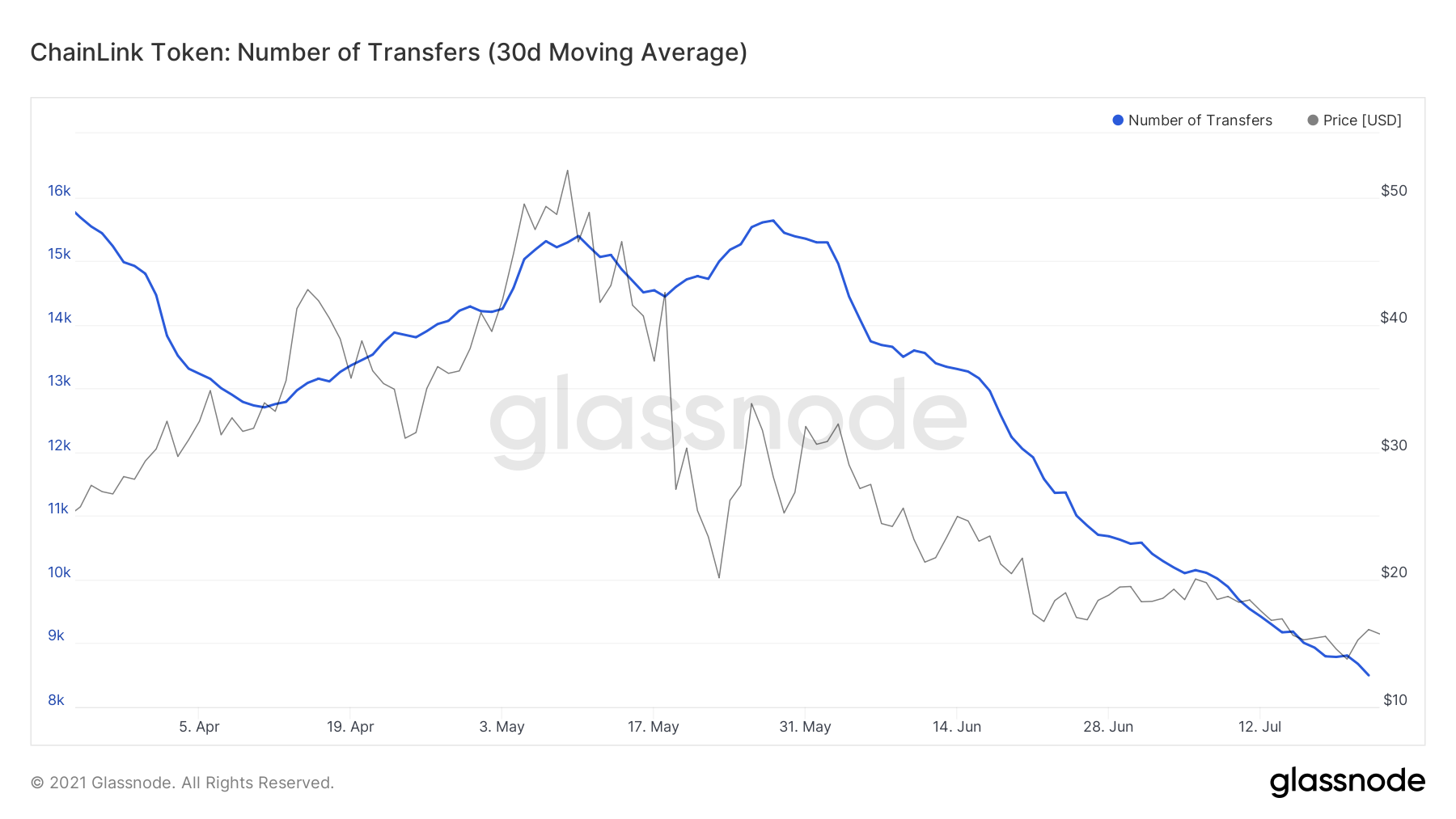 As can be seen from the attached chart, LINK’s velocity registered a dramatic drop this month. So, this should ultimately be good for the alt’s price, right? In this case, likely not.

Let’s assume that LINK’s velocity at the moment stands at 0. Now, this would imply that no one is buying or selling the token. The lack of liquidity would cause LINK to trade at a discount when compared to its fair price. Hence, it’d be fair to claim that the press time level (0.032) was not favorable to the alt’s price. For LINK to trade at a higher level at this stage, it would require some more velocity.

Additionally, when the token’s velocity was at its local high towards the end of May, LINK’s price kept dropping. Hence, the velocity would have to remain at a sub-optimal level to support LINK’s price action. 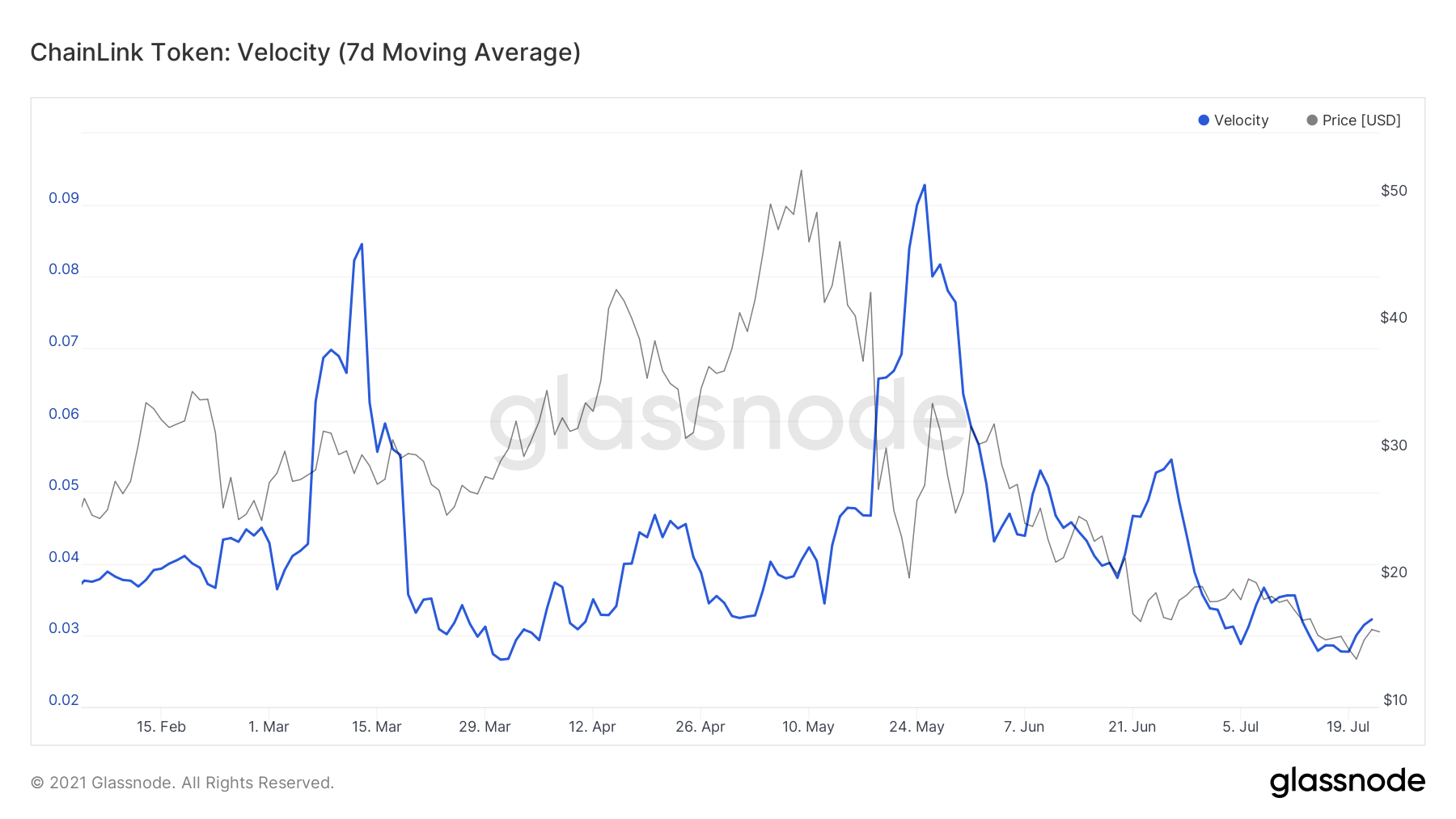 Additionally, Glassnode revealed that the percentage of LINK’s supply in smart contracts has fallen over time. The same, at the time of writing, stood at 56.81%. Furthermore, the total number of tokens transferred to exchange addresses has increased since 19 July. This is a sign of selling pressure in LINK’s market.

While the crypto-industry has been evolving at a fast clip lately, LINK’s popularity has somewhat diminished with time. Additionally, thanks to the competition in the space, sooner or later, LINK will feel the pinch if it doesn’t step up its game.