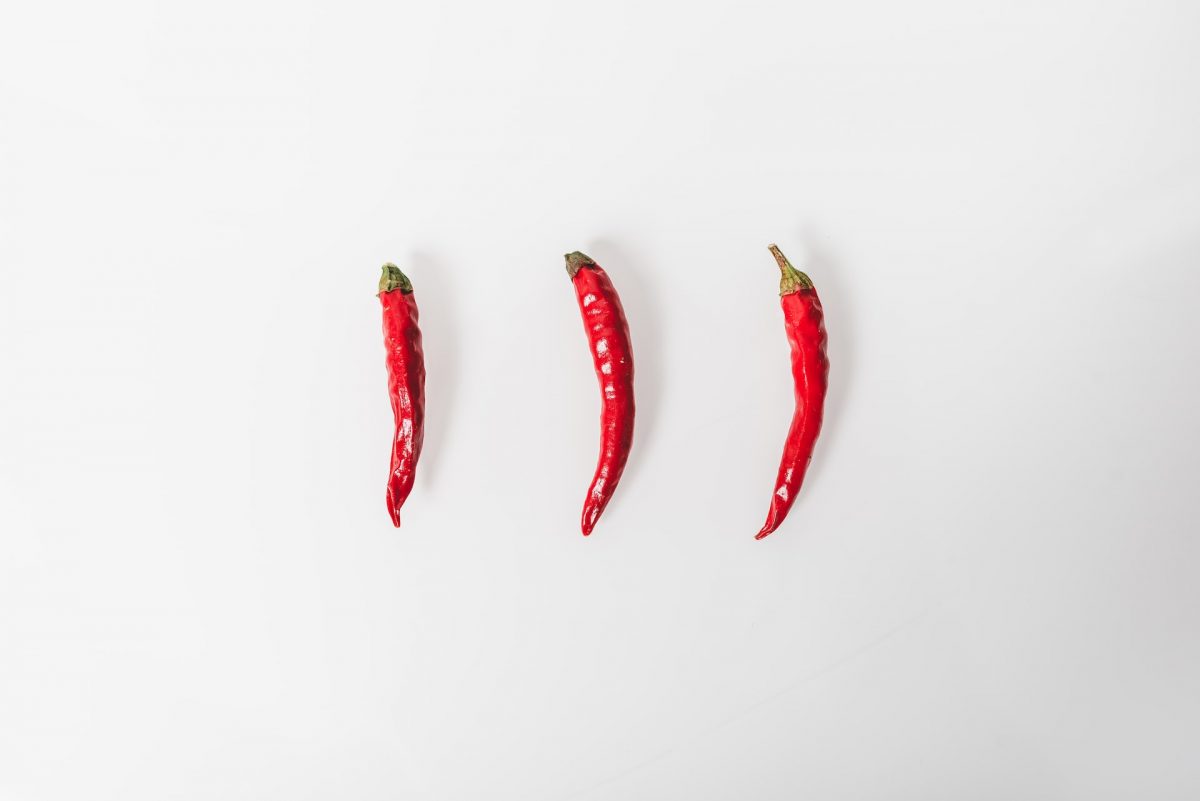 Chiliz [CHZ] posted gains as most altcoins slumped after the market crash. The daily chart of CHZ was bullish after a patterned breakout. At the time of writing, the token was trading at $0.2482. However, the significant ceiling at $0.2725 could undermine its recovery. Furthermore, if the bulls break this ceiling, they could target the 100% Fib retracement level at $0.2973.

Pattern breakout; can the bulls continue the rally? 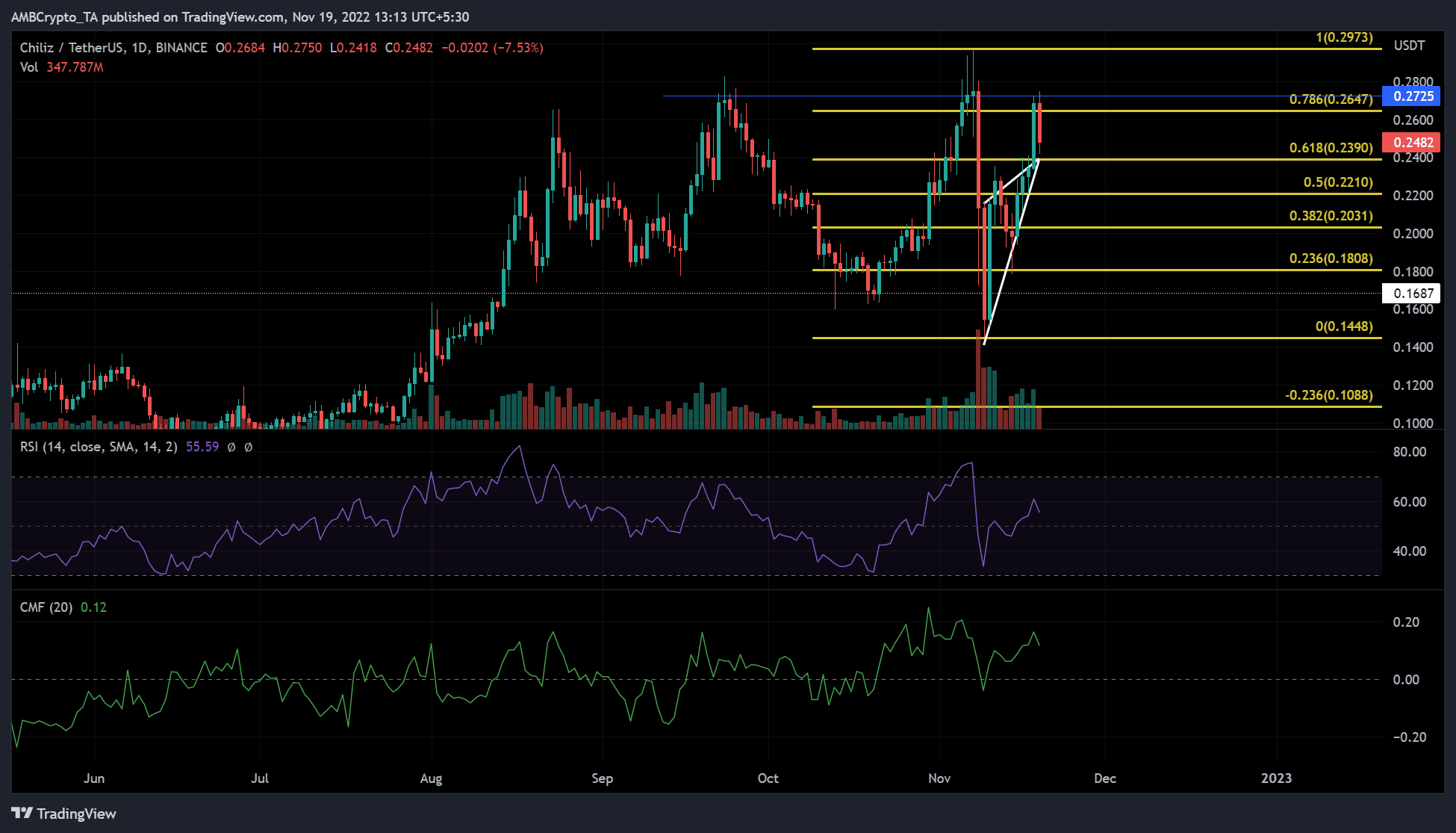 After a recent correction, CHZ pumped and targeted its recent ATH of $0.29. However, $0.2725 was a key ceiling in October and November. However, at press time, the Relative Strength Index (RSI) stood above the neutral 50 level at 55.59. This showed that the daily chart was overall bullish. Furthermore, the Chaikin Money Flow (CMF) stood above zero, highlighting that the bulls were in control at the time of writing.

Therefore, there stood the possibility of bulls moving past the $0.2725 level and targeting $0.2973 in the coming days, making gains in the process. However, a daily close below $0.2390 would invalidate the bullish theory.

Therefore, a reversal could likely find support between 50% and 38.2% Fib retracements. Thus, sellers can take advantage of these levels to lock in profits if CHZ witnesses a drop below $0.2973.

According to data from Santiment, the 30-day and 365-day Market Value to Realized  Value (MVRV) made their way to the positive territory. This showed that both short- and long-term CHZ holders enjoyed gains, despite the ongoing FUD that crippled the cryptocurrency market.

Furthermore, at the time of writing, there was a slight shift in the weighted sentiment and CHZ moved to a positive territory. The positive sentiment was also reflected in the derivatives market, as CHZ saw a positive funding rate on the Binance exchange.

Therefore, investors should closely monitor CHZ sentiment and metrics in the coming days.

Ethereum: Sharks, whales, their interest in ETH, and the events of the last 13 days

Algorand’s current market standing could have investors eyeing ALGO because…