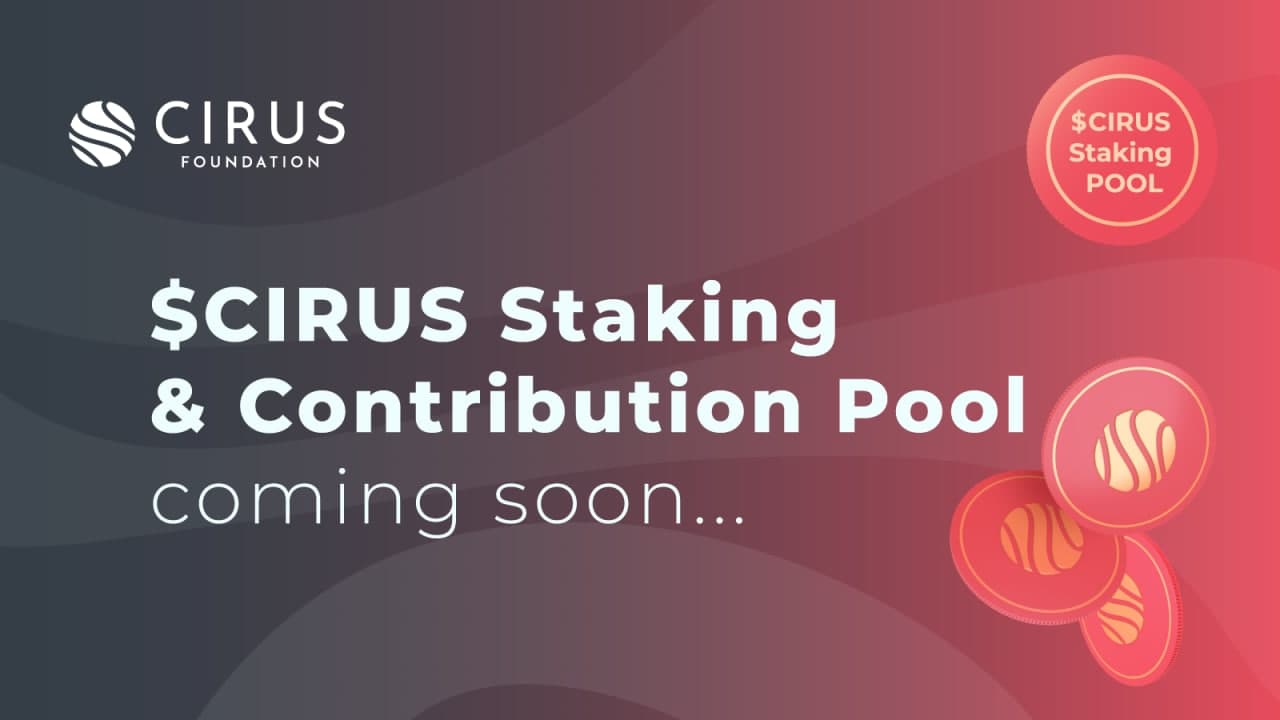 The Cirus Foundation has announced that it will be launching its own Staking and Contribution Pool, accessible through the Cirus Platform. This pool will be exclusively available to platform users and will be open from day one of the upcoming Genesis release.

The pool will allow users to earn additional tokens, but also contribute to infrastructure development for the Cirus ecosystem. Part of users’ staked tokens will be added to a fund dedicated to building key infrastructure, bolstering the Cirus Data Network.

The contributed tokens will be publicly visible, and deployed transparently, with regular reporting. Future iterations will include a Decentralized Autonomous Trust (DAT) and DAO considerations for voting on fund usage. Among the first intended uses for the tokens will be the activation of nodes to support transactions on the underlying network. Ultimately Cirus intends to harden the infrastructure at the network level first, to better support the application built on top of it.

The initial usage of the contribution pool:

This staking and contribution pool will be in addition to the existing, and upcoming partner staking pools, some of which will also be available through the Cirus Platform.

Further details of the Cirus Staking and Contribution pool will be released closer to the launch of Genesis. Users can join the waitlist for Genesis HERE.

Cirus: Solving the crypto adoption problem with a multi-layered approach