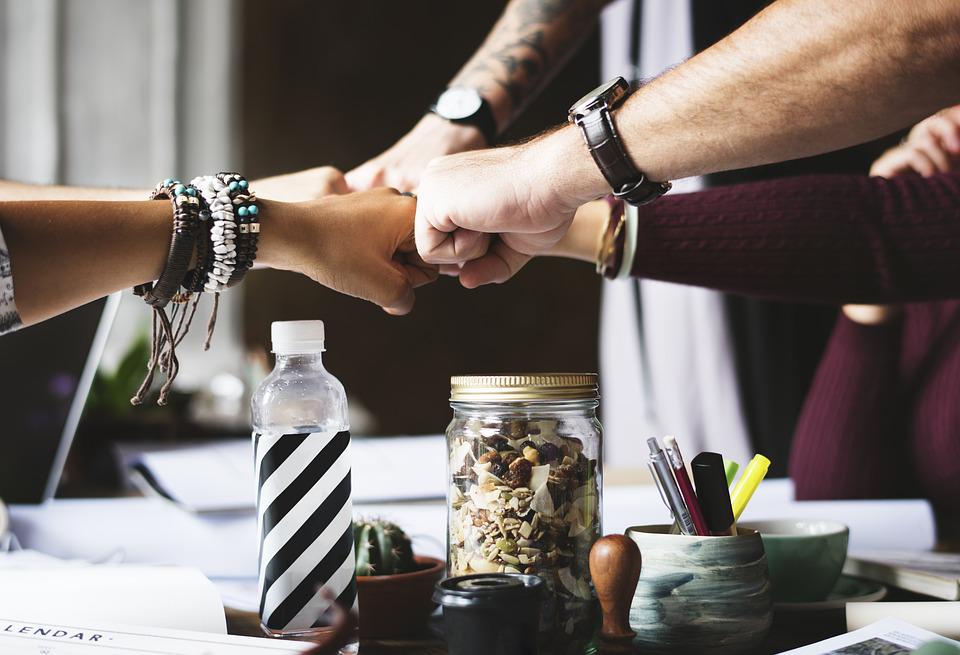 The workplace is undergoing tremendous change. Freelancing is becoming increasingly popular, with more and more workers choosing schedule and location flexibility over a traditional 9–5 job. Many others are choosing to keep their job security and freelance on the side. Regardless, the workplace has never been more diverse. It’s an exciting time, with lots of change and disruption on the horizon.
One running theme that is set to change is the fierce competition between workers in the sharing economy. The attitude right now is that freelancers in the same field need to fight tooth and nail for clients, or else those clients will be stolen by another freelancer. Collaboration between freelancers is a somewhat foreign concept right now but should become the norm in the future. Freelancers need to realize that forging relationships with other freelancers [within and outside their field] is hugely advantageous for all parties.
The same goes for freelance work platforms, such as Upwork and Fiverr. The competition between similar platforms is intense, as each struggles to get as many subscribers and users as possible. It’s entirely possible for different platforms to coexist [as they are currently doing], but the benefits would be incredible if they actually tried to feed off each other.
Tearing Down the Competition Model
It’s important for the common competition model to be torn down. Competition is always going to exist. However, striving to collaborate more [instead of constantly competing] will yield better outcomes in the long run.
For freelancers, competition often starts because one freelancer feels threatened by another. Will they steal their clients? Do they need to prove their superiority to hold onto clients? This kind of thinking is counterproductive. Instead of looking for reasons to worry about another worker’s success, freelancers should be more introspective, and figure out their own problem areas [for example, a bad pricing strategy or a poorly designed website], and work out how they can improve. Thus, instead of the other worker becoming a threatening presence, they are a motivating force driving the freelancer to succeed.
The similarities between the abovementioned situation and freelance job platforms are obvious. Sites such as Upwork and Fiverr are constantly in competition for users. It’s almost a given that this kind of behavior will exist. But things need to change in order for the sharing economy to truly thrive. Platforms are also doing themselves a disservice by limiting what they display on their sites. For example, an apartment rental or home-sharing site typically won’t have links to related experiences on TripAdvisor.
Collaborating, Not Just Coexisting
Collaboration works—it’s that simple. Freelancers can benefit from developing relationships with other freelancers in many ways.
Firstly, having others in the same field means that the freelancer has a huge pool of knowledge to draw from. No one should ever stop learning, and other freelancers are a great resource to keep informed.
Secondly, being on great terms with other freelancers can help with an overload of work. Freelancers sometimes have to turn down clients because they don’t have enough time. Instead of turning down the client and perhaps losing their business forever, a freelancer can refer them to another freelancer in the same field. This helps out another freelancer and keeps the client happy. If freelancers merely coexisted instead of collaborating, this wouldn’t be possible.
Freelancing platforms can make this shift in mindset, too. By working with other platforms instead of just competing, and by linking to each other, they can connect other freelancers to each other. This encourages collaboration and will work to their advantage because freelancers who weren’t on their platform before could become more familiar with it.
The Sharing Economy’s Main Theme
Collaboration over competition is primed to become the main theme in the sharing economy.
Competition has been the main motivator so far, and while it works, it isn’t as beneficial as collaboration. Collaboration between freelancers and freelancing platforms encourages the sharing of knowledge, expertise, and even clients.
By collaborating, freelancers and freelancing platforms can broaden their scope, grow, and develop in a positive way. They can motivate each other to improve their services and wow their clients and users, instead of focusing all their energy on doing better than their ‘opponent.’
About Will Lee
Will Lee is the CEO of Blue Whale and Verlocal. His mission is to convert individuals to one-person business owners and fully maximize their full potential. Through his mission, he aspires to create a human-centered industry where humans can continue to develop and better themselves through self-discovery.

CoinLoan opens platform to bridge gap between lenders and borrowers

KuCoin announces DACC as one of their available platform tokens