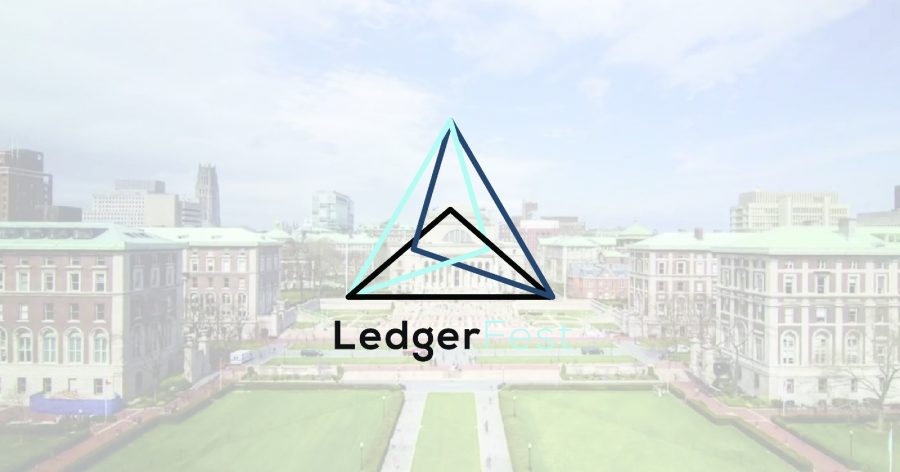 Blockchain conferences always include an air of excitement and novelty, even if they follow a relatively predictable pattern. They are at once spectacle and substance. Developers, investors, and interested observers pour in from around the world to take part in the keynote speeches and side conversations that are propelling blockchain technology forward.
This is one of the reasons that Blockchain Columbia’s LedgerFest, taking place February 15th at Columbia University’s School of Business, stands apart from this rest. It’s the university’s first blockchain and cryptocurrency conference.
Although the conference is open to the public, Blockchain Columbia is a student-driven blockchain conference that’s meant to be both educational and inspirational, while featuring some of the most notable names in tech.

What’s in a Name?

While other blockchain conferences are hosted in large hotels in prominent cities around the world, LedgerFest is situated at one of the most prestigious universities in the world that features a student-run blockchain lap that’s developing the next generation of decentralized products. Like the university’s blockchain lab, Blockchain Columbia is focused on research, education, and development.
To put it simply, there is a lot of substance surrounding this conference.
In this way, the setting is reflective of one of the conference’s primary purpose – to educate the next generation of blockchain innovators.
As Nir Kabessa, president of Blockchain at Columbia, explains,

“LedgerFest is Columbia University’s first blockchain conference. Its main purpose is to provide students with the access and network to educate themselves and participate in decentralized ecosystems as developers, researchers, and users.”

However, just because Blockchain Columbia is education-centered, doesn’t mean that it’s lacking the big-name recognition of other conferences. IBM, which is a prominent supporter of the Columbia’s blockchain initiatives through their joint blockchain accelerator center, is sponsoring the event.

“What is also needed to truly bring about this sea change is the right technology and expertise which is why IBM is working with Columbia to help give these early- and mid-stage founders a way to build enterprise-grade networks that can move blockchain innovation forward.”

In the university setting, some of these projects are already bearing fruit. For example, users developed a decentralized voting tool on Ethereum for student council elections that was advised by Ronghui Gu, founder of Certik.
Already more than 50 officers are running and maintaining Blockchain at Columbia initiatives, which has made open source contributions to Ethereum, Hyperledger, EOS, and more.
This aura of advancement is the dominant ethos of LedgerFest.

Even Citi Bank and JP Morgan Chase are sending presenters from their respective blockchain units.
While the keynote addresses always set the tone for a blockchain conference, it’s what happens between and after the sessions that can have the most value. The connections, new partnerships, and shared knowledge represent the market’s collective maturation and its hope for future advancement.
In this way, the setting and the purpose of LedgerFest is uniquely apt. Blockchain technology is at a crossroads. The technology successfully used the cryptocurrency movement to parlay the blockchain into the mainstream, and now it’s up to the next generation of developers and entrepreneurs to make it flourish.
Commenting on the conference, Santiago Siri, founder of Democracy Earth, is excited about the role of the college-age generation will play in the proliferation of cryptocurrency and blockchain technology. He notes,

“LedgerFest is a great opportunity not only to speak on behalf of Democracy Earth but also to learn from the generation that will make cryptocurrency and blockchains the leading financial and political reality of the world.”

Students participating in Blockchain at Columbia – and other similar blockchain laps around the country – are the ones making the blockchain’s best ambitions a reality.
Therefore, as educators, students, developers, innovators, financers, and thought leaders coalesce at Columbia University on February 15th, the event is sure to be entertaining and the consequences could be cascading in the development of the distributed age.