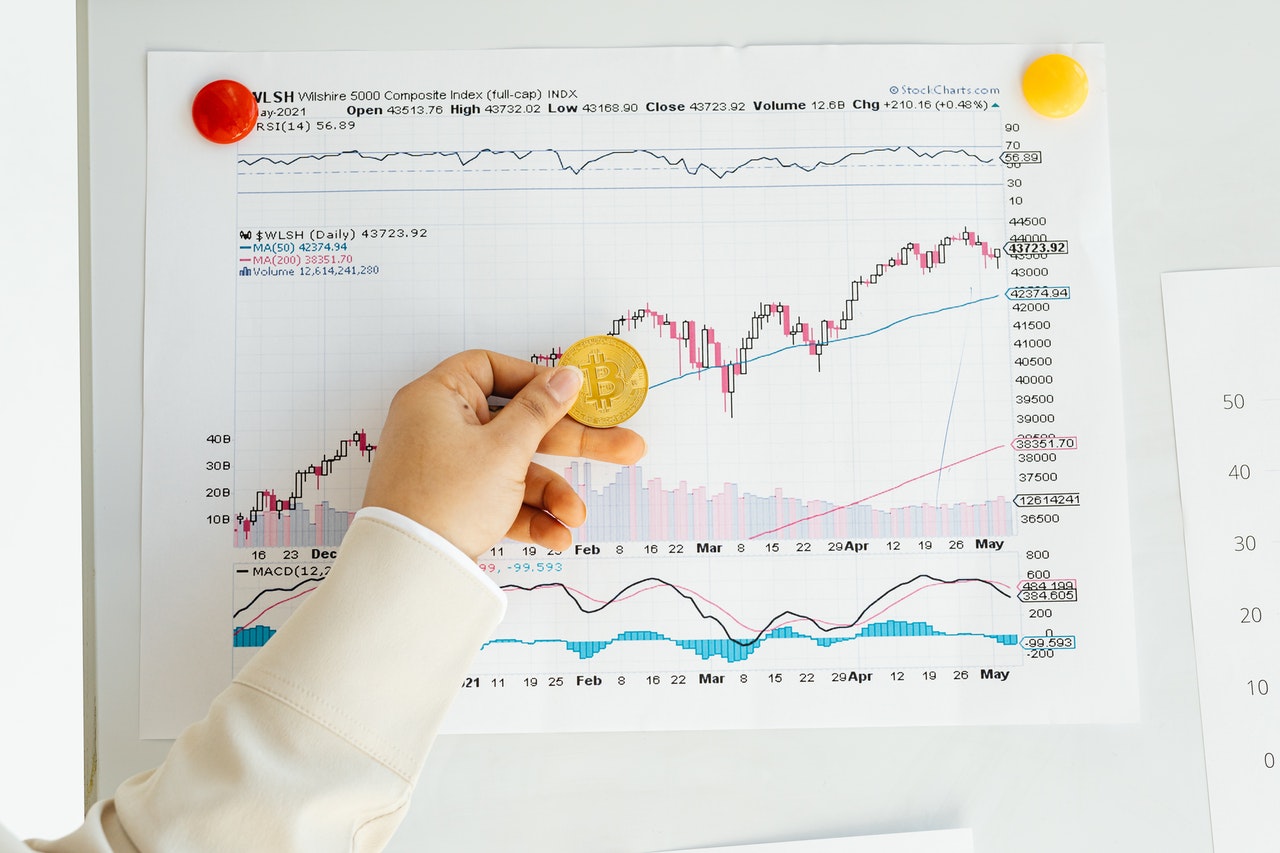 Catching the perfect Bitcoin top or bottom has been investors’ concern for quite a while. Despite many tools and indicators that assess BTC’s price trajectory, there’s always been stern speculation around the market tops.

Now, as BTC heads towards recovering from the $55K mark, speculation of BTC bottoms and tops has yet again emerged. At the time of analysis, BTC was trading at 58, 204.

Firstly, it’s crucial to establish the BTC cycle tops, the most prominent one is the April 2013 top, which is the mid-cycle top of the first cycle. Many considered the April 2021 top a cyclical high while it was merely a market ATH made earlier this year before the lengthy correction.

Well, the April top was more of a local top after which a new Bitcoin all-time high was established earlier this month. 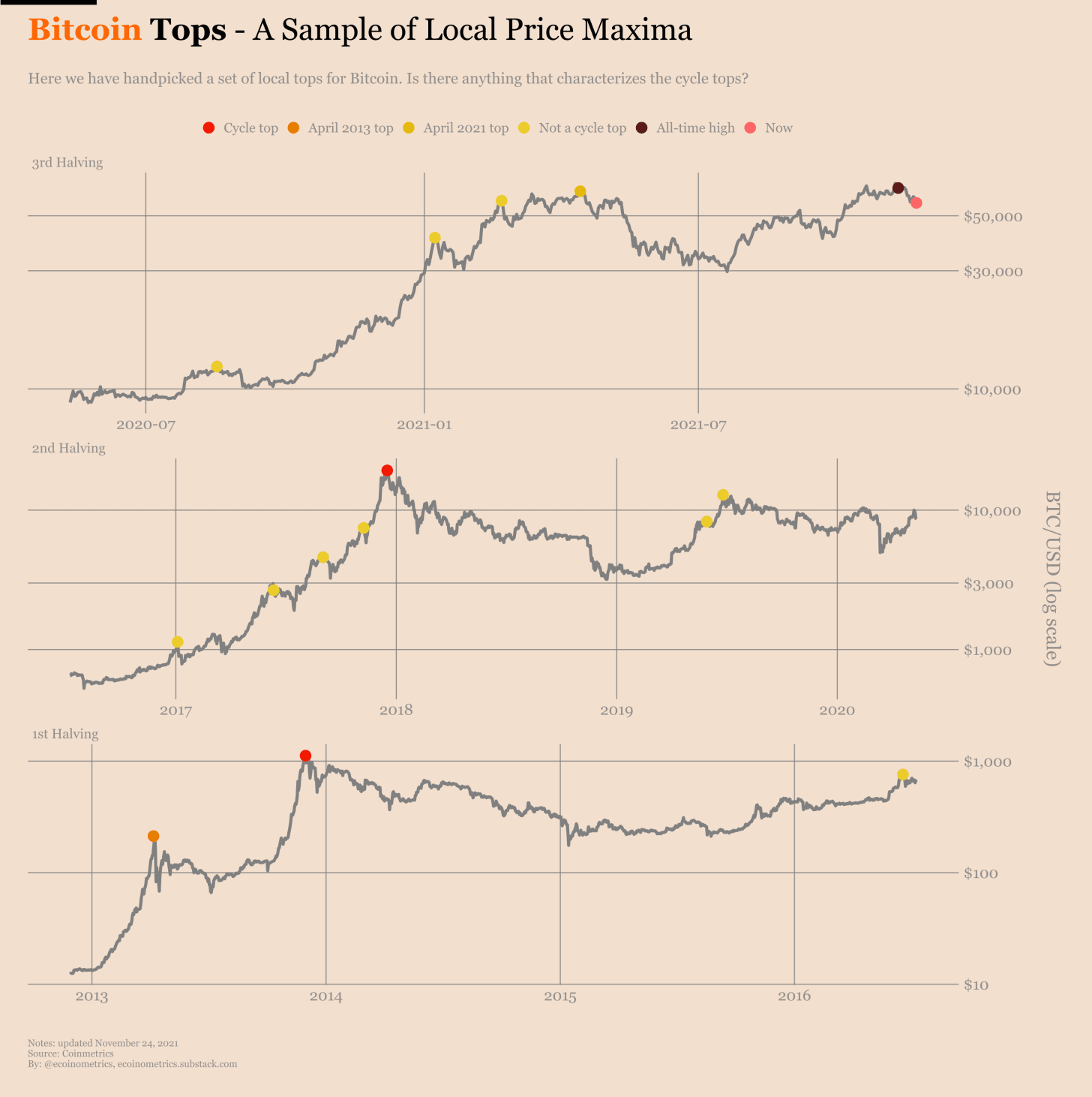 In the chart above, the cycle tops are the BTC price tops in late 2013 and 2017, the rest are local tops. Now, taking into account how the metrics panned out historically corresponding to the BTC market tops, the same can be a good approach towards the current market top assessment.

As BTC began to correct, many in the market were convinced that the $69K level (current ATH) could be this cycle’s top. However, many analyses said otherwise. A more accurate way to look at the market top would be to compare and contrast it with the more prominent 2013 market top. Firstly, according to Mayer multiple, both the tops of April 2021 and the recent ATH aren’t cycle tops in comparison to the 2013 price high.

Additionally, looking at BTC’s MVRV, most of the local tops happen for smaller ratios while the cycle top is at a higher ratio signaling overheated markets. The higher this ratio, the more HODLers positions are in profit. It stands out for the 2013 cycle while it’s pretty low for the previous two price highs. 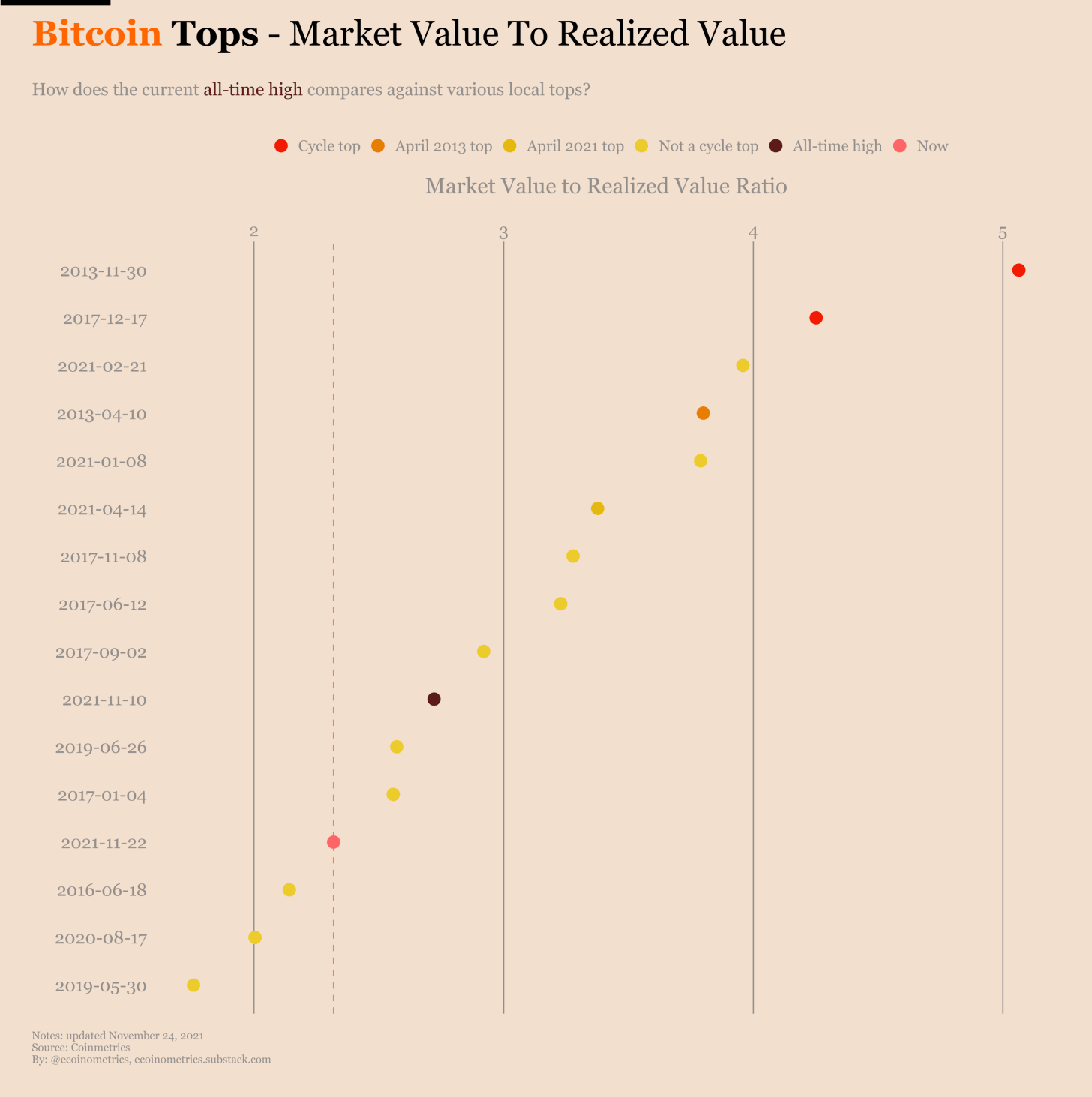 While it can be noted that the BTC market maturing the metrics and price are not seeing parabolic moves. In fact, BTC’s market still has some time to truly mature. Not to forget, volatility still remains relatively higher in the BTC market.

Even though at the time of writing, overall volatility might be coming down in comparison to the traditional asset, it was still high. So, it seems like until Bitcoin manages to reach a market size on par with financial gold (about $2.5 trillion) BTC’s market wouldn’t be truly mature.

That being said, the relevance of spotting trends in terms of metrics in comparison to the 2013 cycle clearly points out how the market is overextended yet. And, the true market top remains to be seen.

Even so, with BTC’s options market expectations (implied volatility) considerably higher than the actual price fluctuation (realized volatility), a higher volatility period may take over the market.

In that case, while BTC could see major pumps, downfalls can be high too. With Bitcoin’s price on a slight recovery, at the time of writing, BTC’s trajectory ahead could be secure if the asset established itself above the $60K mark.

AAVE plans to expand DeFi’s reach, but will the alt finally react