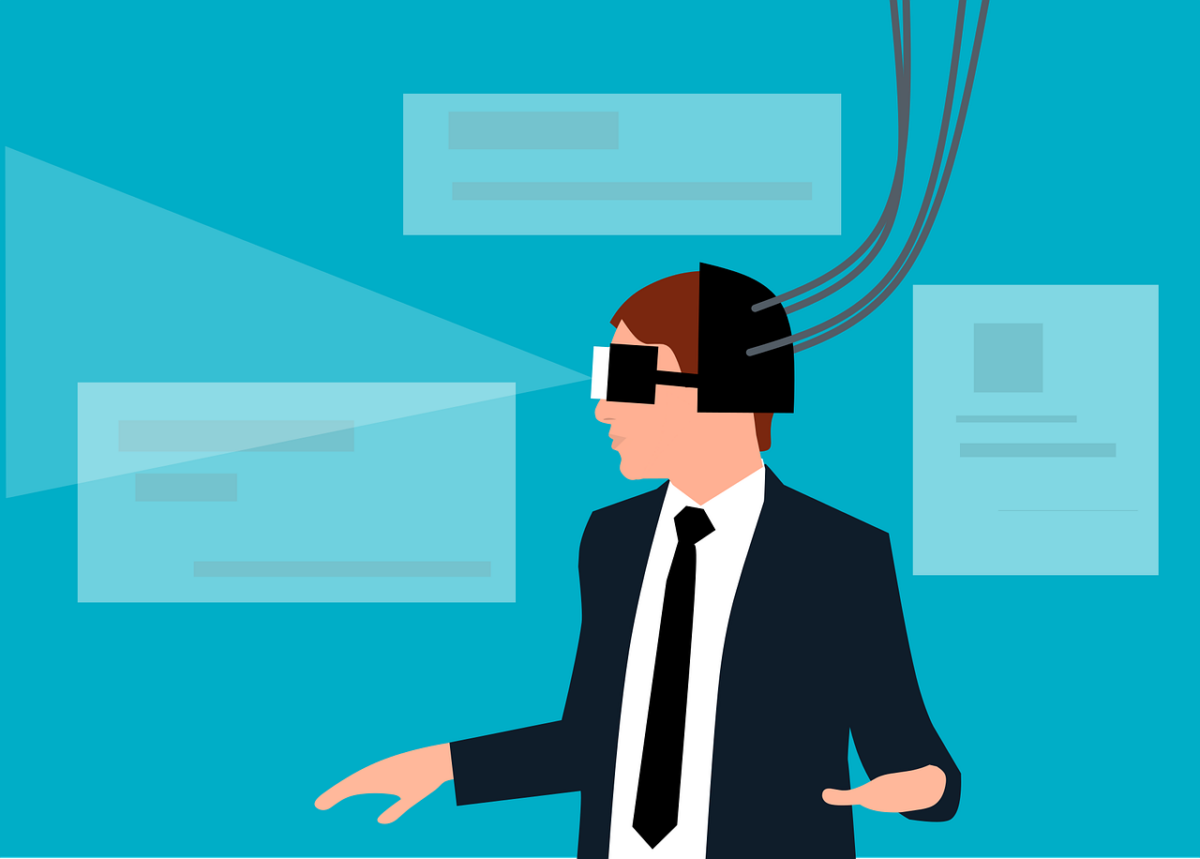 Over the last 12 months, Axie Infinity has charted a massive yearly ROI of 28,880.21% v. USD. In fact, the surge of AXS better puts the surge of blockchain gaming in perspective. The asset’s daily active users (DAU) and marketplace volumes have noted a tremendous surge over time.

At this point in time, Axie Infinity has carved a niche for itself in the blockchain gaming space. And yet, its price action has been rather dull since early October.

AXS’s price has been oscillating between the $120 and $157-mark since 1 October, after rising by almost 138% in just over a week towards the end of September. Since then, however, Axie’s price, despite the blockchain gaming and Metaverse hype, has failed to make any major moves.

Curiously, Metaverse tokens like MANA and Sandbox are charting new ATHs. There have been speculations around a price breakout for Axie as well. However, lately, all have gone in vain. Ergo, the pertinent question is this – What is Axie waiting for?

Over the last month, analysts have noted an interesting inverse correlation between Axie Infinity and DeFi’s blue-chip projects – Sandbox and MANA. Notably, when the two assets rallied, AXS saw consolidation. However, when AXS rallied, the two failed to make new moves.

The same trend was seen in early September when AXS was rallying while MANA and SAND consolidated. 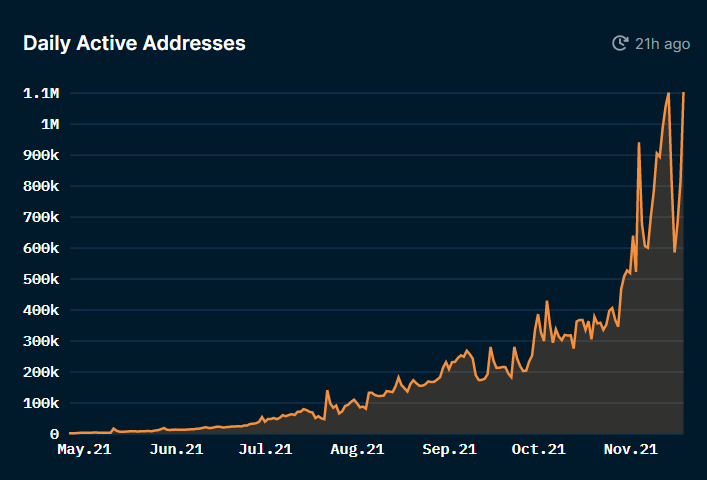 In fact, a previous article had highlighted how Ronin’s inflows going up have affected AXS’s inflows too. However, at press time, AXS’s correlation with BTC shared a high positive value of 0.52. This too could be negatively affecting the altcoin’s trajectory, with BTC itself consolidating near the $55k-level. 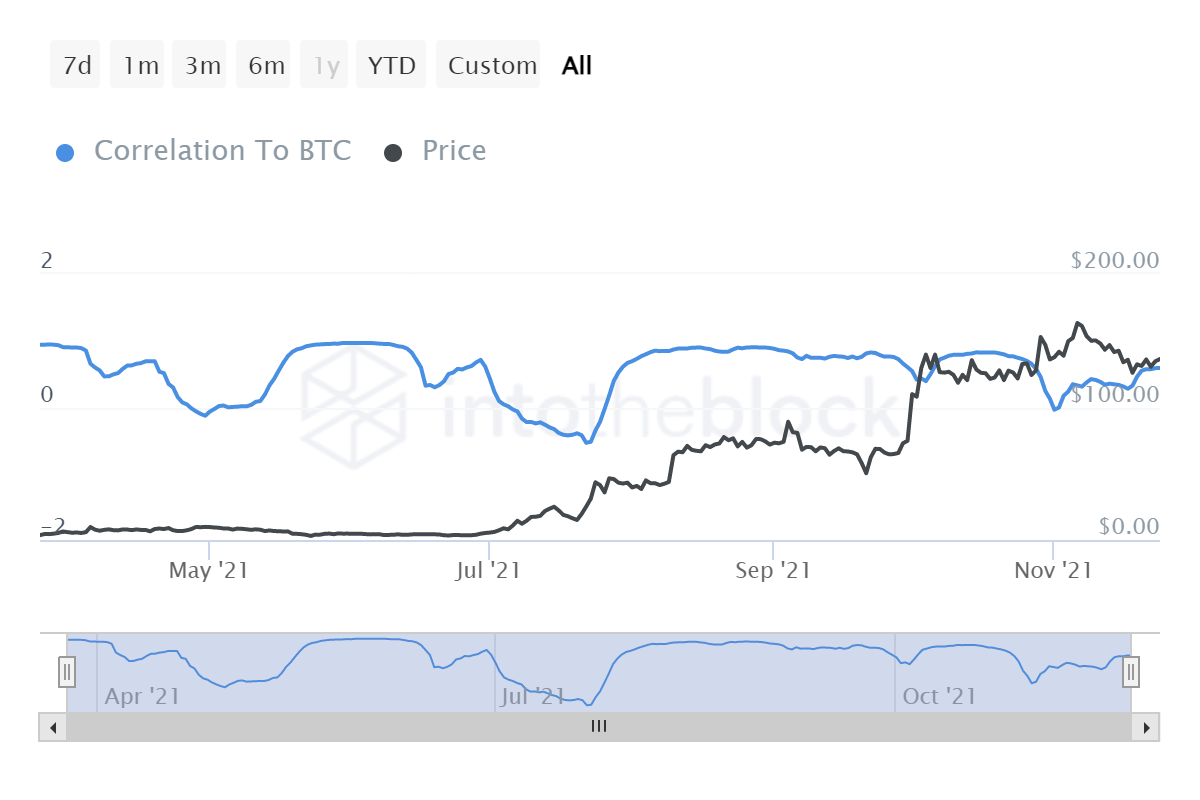 HODLers to the rescue?

Interestingly, a hike in AXS’s HODLers was seen this month while cruisers continued to dominate the ownership stats. Looking at the ownership stats by time held, it was evident that HODLers were missing from the scene till October. And, the return of this cohort could play out well for AXS’s price in the long term. 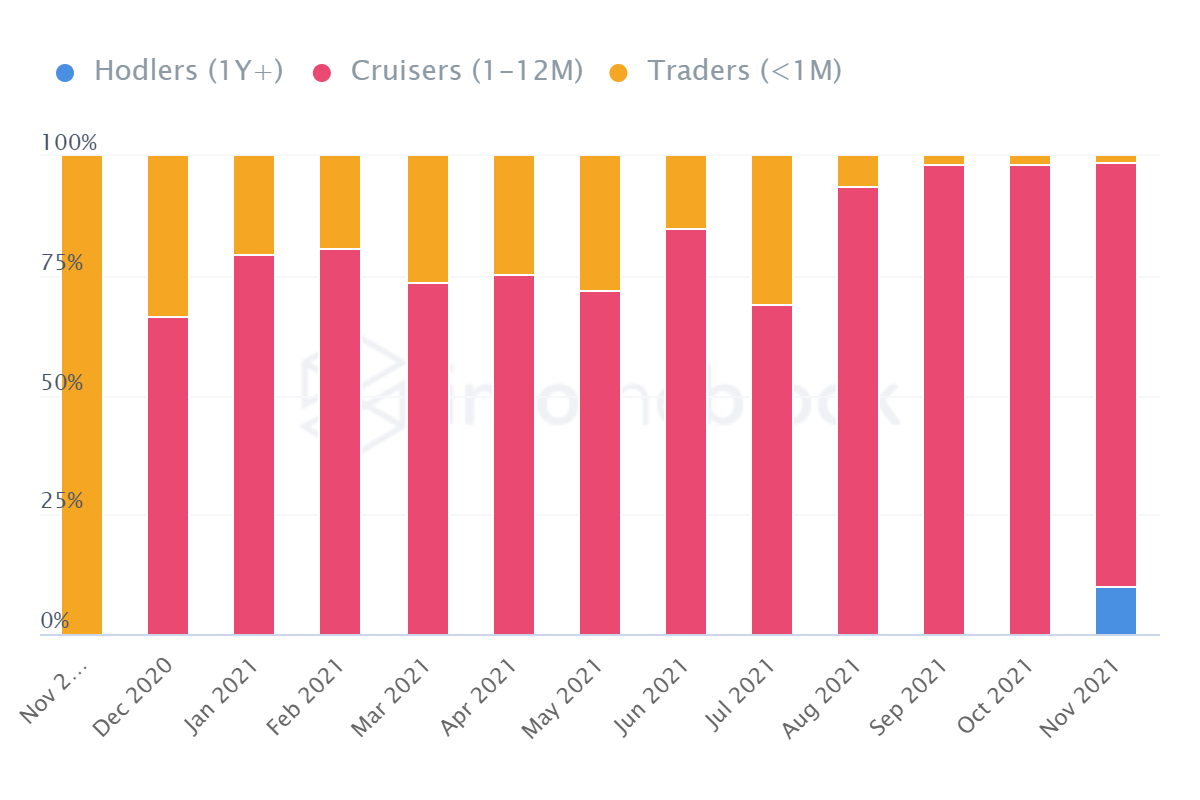 Furthermore, the alt’s active addresses maintained the same levels even though the price trajectory weakened over time. This too was a good sign, alongside the decreasing percentage of supply on exchanges.

However, despite the decent on-chain activity, gaming token Axie Infinity has failed to recover from its latest price drop.

At the time of writing, AXS’s price had risen by close to 12% as BTC continued to consolidate. If the altcoin makes and sustains a move above the $145-mark with enough retail euphoria, AXS too could see a decent rally going forward. Especially now since the alt’s RSI over a longer timeframe has finally noted an uptick too.