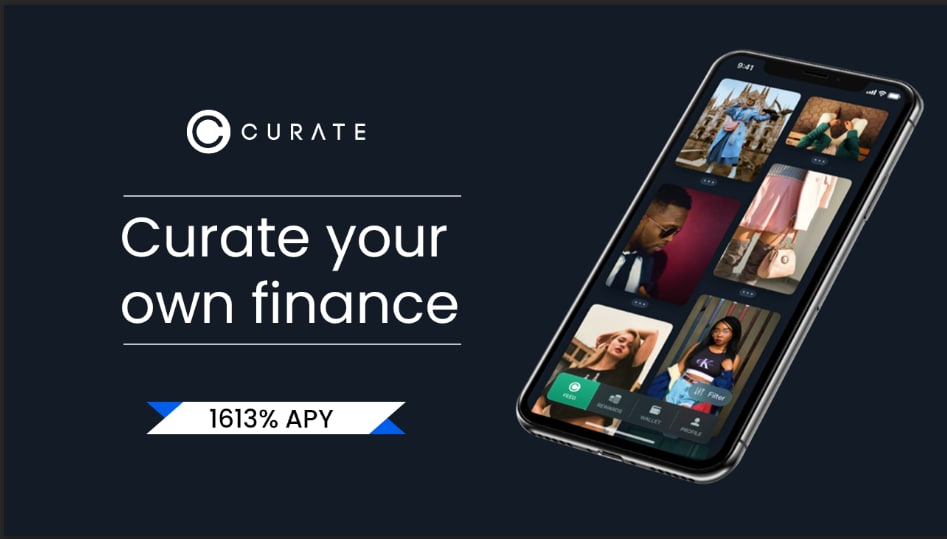 Curate Group Ltd. has announced its partnership with KuCoin.com, a global cryptocurrency exchange for numerous digital assets and cryptocurrencies with over 6 million registered users from 200+ countries and territories.

According to CoinMarketCap, KuCoin.com exchange has a trading volume of $1,894,404,642 USD and is currently ranked as one of the world’s top cryptocurrency spot exchanges. Now, XCUR can also be traded on this exchange.

Based on Alexa traffic ranking, KuCoin’s monthly unique visit ranks in the top 5 globally. Known as “The People’s Exchange,” KuCoin operates in Seychelles and has established local communities in countries such as Japan, Russia, and India, as well as numerous other countries.

Curate is an all-in-one marketplace app supporting cryptocurrencies as a mode of payment and rewards customers in all their purchases. It provides a platform for sellers to share their wide variety of products, ranging from fashion to crypto-assets, with potential buyers.

Their marketplace app is the first to accept payment in fiat, cryptocurrencies including BTC and ETH, and their own token, XCUR, which offers zero gas fees. Their use of blockchain technology offers their customers transparent transactions and dispute-free settlements.

Curate launched its native utility token, XCUR, on the ERC-20 blockchain, which is now bridged to Binance Smart Chain. XCUR offers buyers zero gas fees when spent in-app on their purchase. XCUR is also issued as a reward to buyers and sellers on all completed transactions to incentivize loyalty and repeat customs.

Curate is the world’s first all-in-one marketplace app that uses blockchain technology as a payment infrastructure and rewards buyers/sellers on all transactions. The marketplace is centered around the theme of content discovery on fashion, electronics, NFT’s, and much more. XCUR is the native token of Curate which provides zero gas fees when used for purchases.

KuCoin is a global cryptocurrency exchange for numerous digital assets and cryptocurrencies. Launched in September 2017, KuCoin has grown into one of the most popular crypto exchanges and already has over 6 million registered users from 200+ countries and regions. Their research team scours the blockchain for quality projects to list on their exchange, as they provide exchange service for users to conduct secure transactions efficiently. In November 2018, KuCoin announced $20 million (USD) round A funding from IDG Capital and Matrix Partners.

CEX.IO launches crypto-savings account service with up to 20% APY

Revolutionizing the crypto-market in India with CryptoBiz exchange