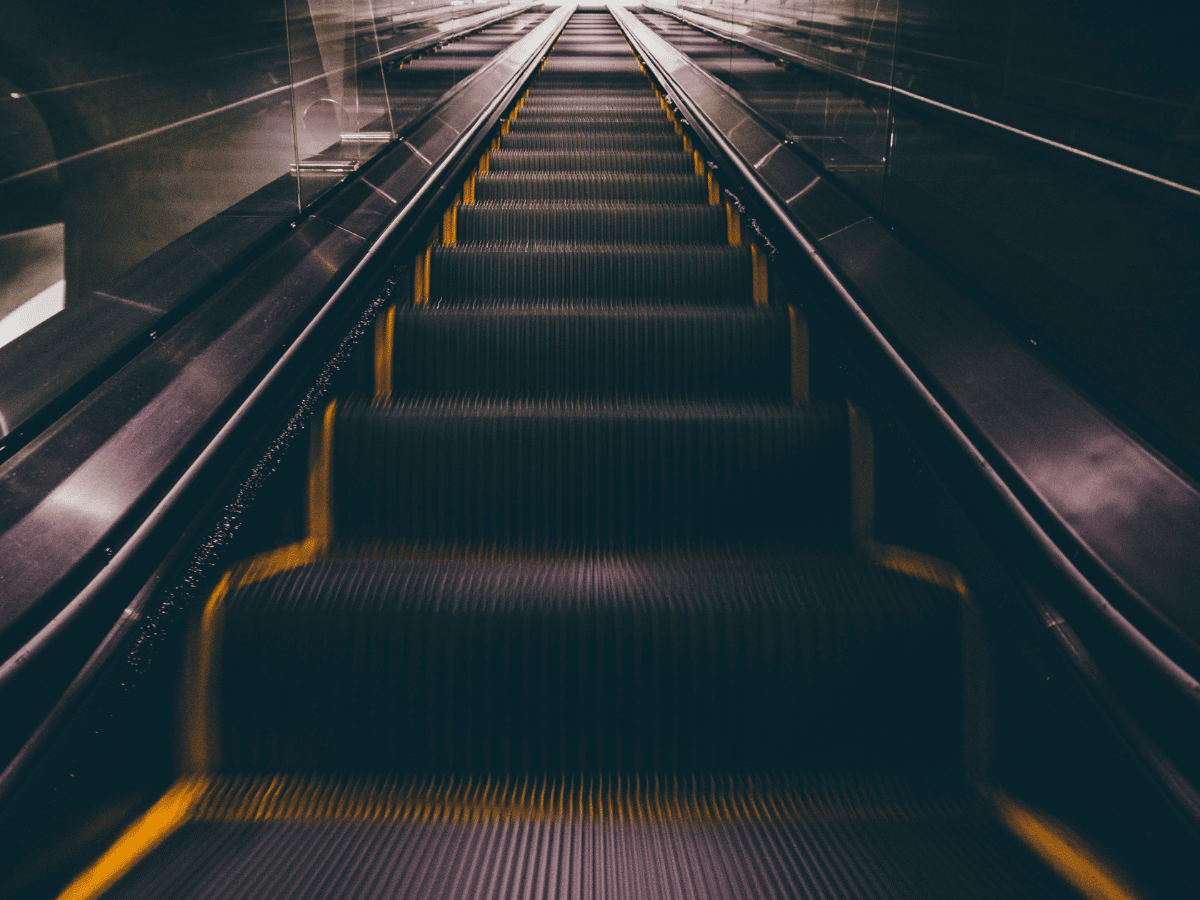 Curve Finance [CRV], which was the subject of a good performance some months back, had lost 30.95% of its value in the last thirty days. According to CoinMarketCap, the token exchanged hands at $0.526 at press time.

The data reflected the unimpressive state of the on-chain liquidity provider token as its 24-hour performance was not near an excellent standard. The price tracking platform showed that CRV had lost 3.61% of its value from the previous day. But was there anything for CRV investors to look forward to in spite of this dreadful show?

No way ahead yet

According to the four-hour chart, there was no clear path for CRV to exit the nemesis it currently showed investors. This inference was due to the position displayed by the Exponential Moving Average (EMA). At press time, the 20 EMA (blue) was below the 50 EMA (yellow).

This stance indicated signs of CRV to remain in the reds. So, it was highly probable that CRV would stay bearish in the short term. However, indications from the 200 EMA (purple) was that of respite in the long term.

As it maintained its spot on both the 20 and 50 EMA, CRV long-term holders can expect that losses incurred won’t last if they stay patient enough. 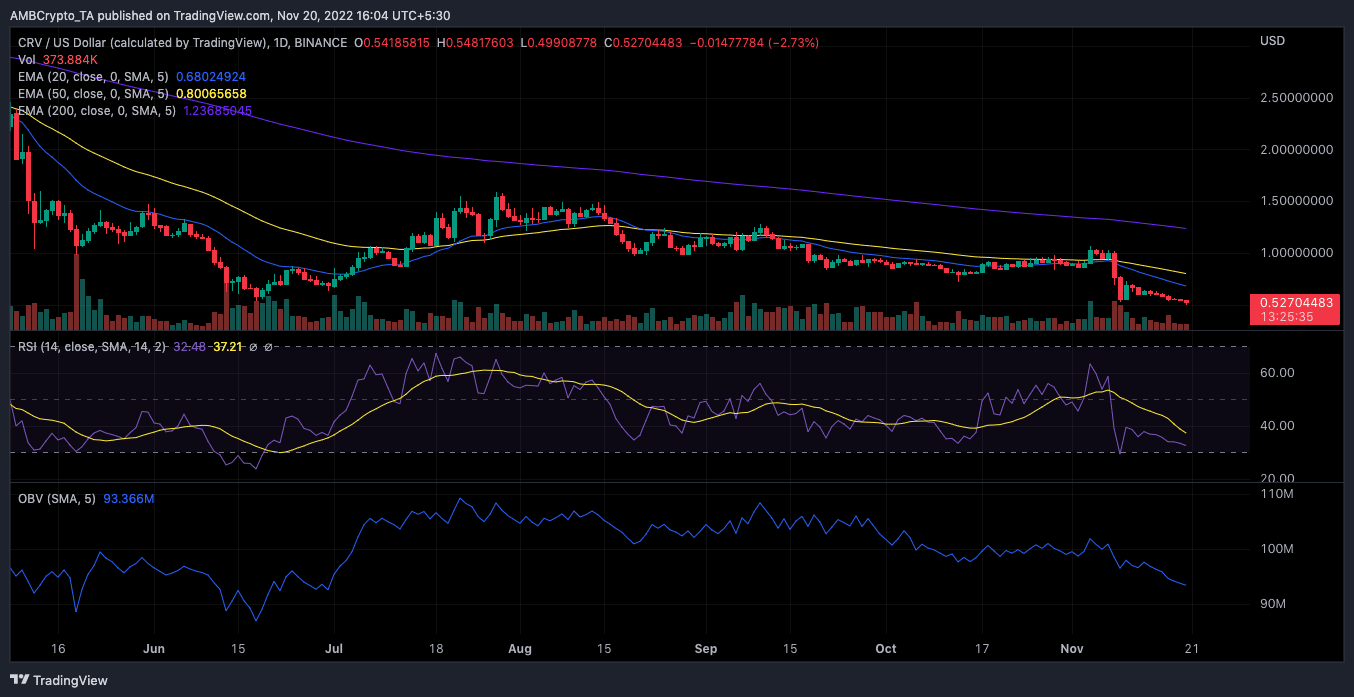 Despite the positive, short-term investors might have to live with the bearish indicators. Based on the above chart, the Relative Strength Index (RSI) showed that CRV’s momentum was a seller-controlled one.

With the RSI at 32.48, the indicator stood in the oversold zone. While it might be expected that a reversal was in motion, it was not the case. This was because the On-Balance Volume (OBV) displayed an uninspiring liquidity flow at 93.36 million.

Thus, the most likely state for CRV to choose might be to abide in the bearish region.

Of TVL standing and network shenanigans

Per its Total Value Locked (TVL) status, CRV was in position to impress. According to DeFiLlama, the TVL was worth $3.78 billion at press time. Like the price, the TVL represented a 33.62% decline in the last thirty-days.

Notably, CRV, which was in competition for the first place on the DeFi standings, was in a far fight. This indicated that investors had deposited very little into the liquidity pool on the Curve chain during the period.

This reflected that new addresses failed to interact with the Curve network. For the 24-hour active addresses, Santiment showed that it decreased to 1129. This meant that fewer deposits had been made via the Curve network when compared to 18  and 19 November.