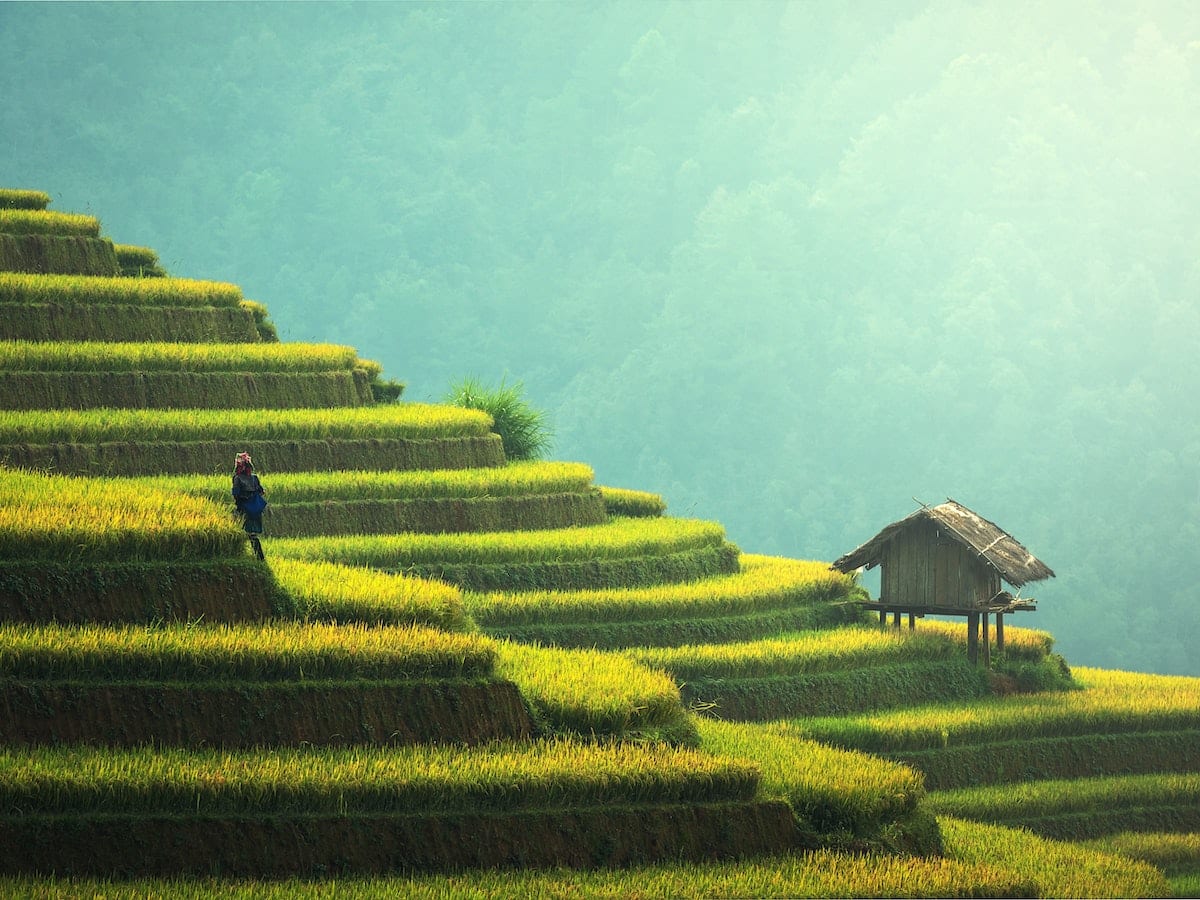 Curve Finance [CRV] became a hot commodity among large addresses as the market focus shifted to decentralized exchanges (DEXes) after the FTX debacle. According to a WhaleStats tweet on 17 January, CRV became the most traded token among top Ethereum [ETH] whales at press time, replacing the popular meme coin Shiba Inu [SHIB].

Whales had collected CRV tokens worth $4,584 over the last 24 hours, which roughly translated to a movement of 5,200 tokens.

Additionally, a Twitter thread by Token Terminal pointed out that the total number of CRV token holders expanded steadily and almost hit 90k, a jump of 12% since the FTX contagion hit the market. This is an interesting development in the context of traders’ diminishing confidence in centralized exchanges (CEXes).

The growing appeal of CRV was reflected in its price trajectory as well, which broke out of the $0.58-$0.5 range on 9 January to embark on a bull run, gaining almost 63%. It was chasing the important psychological level at $1.

The indicators reaffirmed the bullish narrative, as the Relative Strength Index (RSI) went high into the overbought territory. The On Balance Volume (OBV) too indicated that buying pressure was high as there was capital inflow into the market. 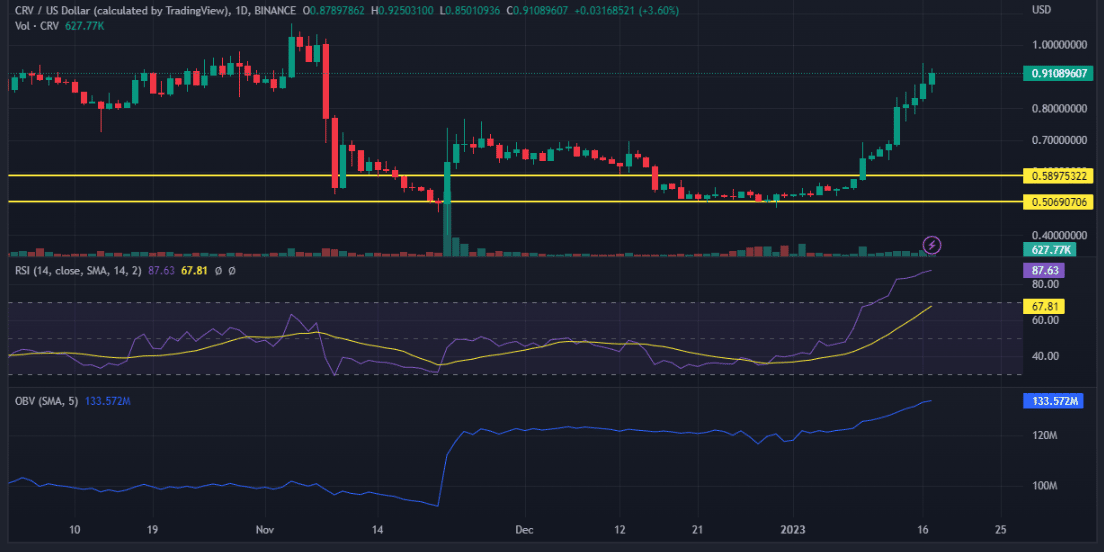 Among the DEXes, Curve Finance outperformed Uniswap [UNI], the largest exchange by trading volume in terms of total value locked (TVL) in smart contracts. At the time of writing, Curve Finance’s TVL was estimated at $4.2 billion as per Token Terminal, an increase of over 11% over the past week as compared to a $6.84% growth rate showed by Uniswap.

An increase in TVL implied that investors had faith in the protocol, and more money was flowing through its network.

Is your portfolio green? Check out the CRV Profit Calculator

Furthermore, trading volume reached its monthly peak at almost $134 million. However, this number was significantly less than that of Uniswap and SushiSwap.

Unlike other automatic market makers (AMM), CRV’s liquidity pools mainly consist of similarly behaving assets like stablecoins, to evade the volatility that comes with other crypto assets. Hence, the growth of the stablecoin ecosystem, like the soon-to-be-launched Cardano’s Djed, could power CRV’s growth going forward.

Cardano [ADA] on the verge of more utility with this latest development: Decoding…