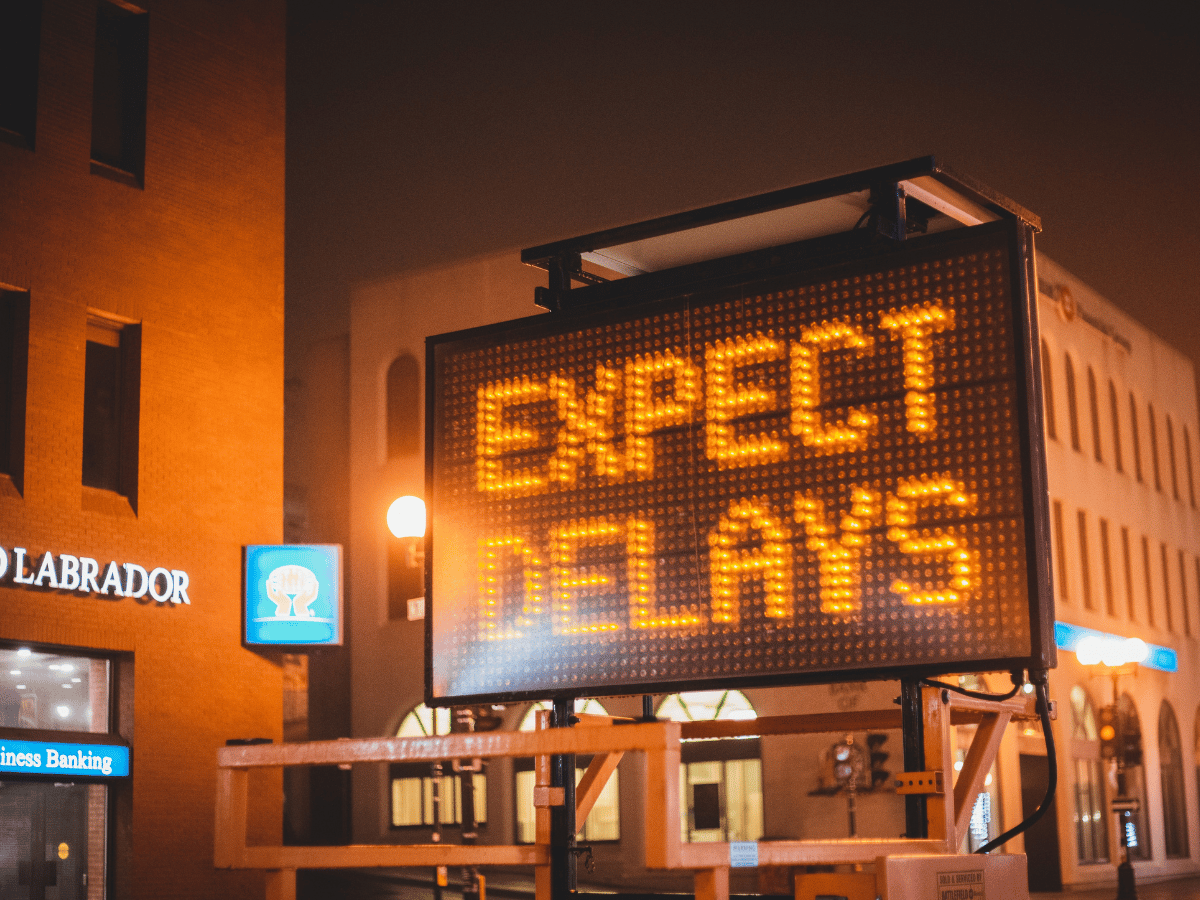 In times past, Decentralized Finance (DeFi) would have been incomplete without the mention of Curve Finance [CRV]. But in 2022, the automated market maker was a shadow of its former self.

Threatened by the impact of Lido Finance [LDO] and Maker DAO [DAO], Curve was unable to maintain remaining in the top two positions per its Total Value Locked [TVL]. However, DeFi Llama had reported that CRV still formed a part of the 42% DeFi market dominance as of 1 January 2023.

Whales rise to the occasion but…

While doubts rose about the longevity of the protocols, Ethereum [ETH] whales decided that CRV still remained useful. According to Whale Stats, CRV was part of the top 10 tokens used most by the whales in the last 24 hours.

JUST IN: $CRV @curvefinance one of the MOST USED smart contracts among top 100 #ETH whales in the last 24hrs🐳

In terms of its TVL, DeFi Llama data showed that CRV lost a lot of value since its yearly peak in April 2022. At press time, the TVL was worth $3.63 billion. This implied that the protocol’s health was at risk of jeopardy. Moreso, investors’ interest in depositing liquid assets in the Curve pool did not heighten.

CRV’s price performance in 2022 was also not something that holders desired. At the time of writing, the token’s 365-day performance was a 91.51% decrease.

Regardless of the disappointing state, traders still looked in CRV’s direction. According to Sanitment, the Binance funding rate was 0.01%.  While these traders continued with periodic payments in the derivatives market, they also sustained the futures open interest.

Coinglass data revealed that traders threw in impressive volume in opening short or long CRV contracts across several exchanges. Despite that, liquidations had been minimal, all amounting to $32,680 in the last 24 hours.

With CRV trending upward from the previous day, short-positioned traders suffered most of the market wipeout.

Are your CRV holdings flashing green? Check the Profit Calculator

Signals from the four-hour chart showed that CRV might encounter some hurdles in sustaining greens. This was because the Directional Movement Index (DMI) showed a struggle between the +DMI (green) and -DMI (red). At press time, the negative DMI was slightly above the positive DMI.

However, the Average Directional Index (ADX) moved in a weak direction at 11.72. So, it is likely that the CRV price consolidates in the short term. Hence CRV’s first quarter in 2023 could end in a not-so-different condition from the manner it ended in 2022. 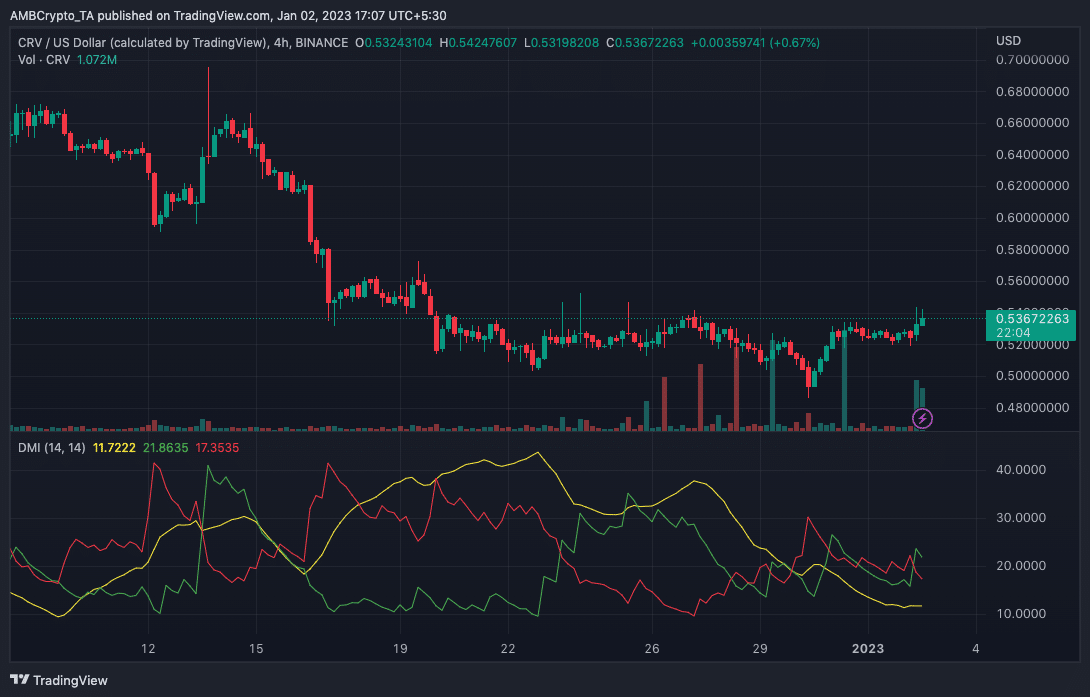 Arbitrum outperforms Optimism in this key area; can OP stay true to its name?

Cosmos: Increased token accumulation could mean this for ATOM and its investors