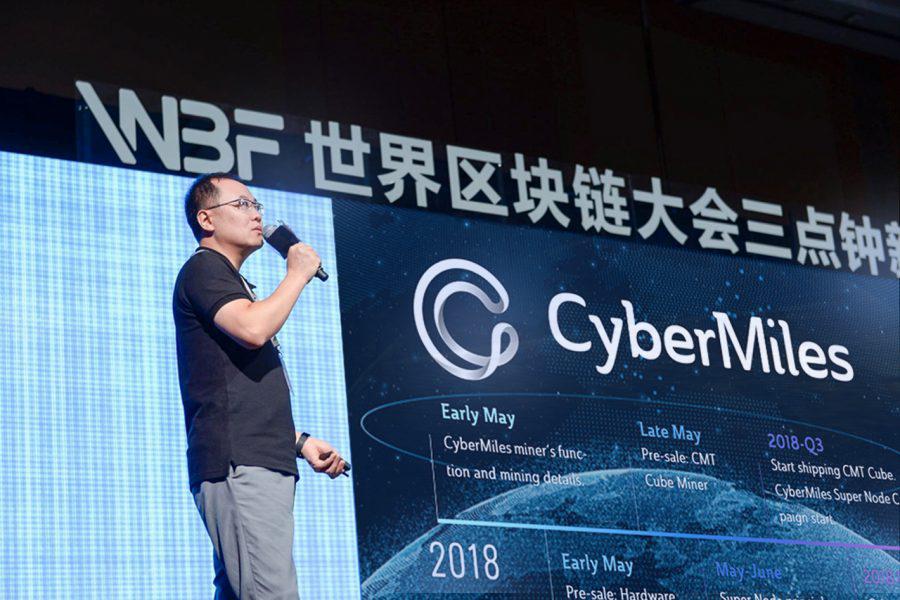 E-commerce is one of the world’s biggest industries, currently valued at about $1 trillion. However, the market share and the power are concentrated in a small number of players who continue to become more monopolistic.
Due to the centralized nature of e-commerce today, power has been consolidated in specific companies and has also put consumer privacy and information security in a vulnerable position. This contributes to a sense of unease over the potential compromise of such companies.
Now one organization seeks to decentralize the way that e-commerce functions today. Incubated by industry experts from 5miles, one of the top online marketplaces, CyberMiles has built a decentralized application ecosystem around an e-commerce designed and optimized blockchain protocol.
The Promise of CyberMiles:
The system will utilize the Delegated Proof-of-Stake [DPoS] protocol to deliver a high performance, low-cost, and consumer-centric blockchain that will reset the standard for the industry.
The DPoS-based blockchain is highly performant and scalable, capable of supporting over 10,000 transactions per second. The network allows businesses to use a unique feature of the CyberMiles blockchain known as Smart Business Contracts. These revolutionary additions are distributed middleware applications that codify business rules and processes.
CyberMiles Virtual Machine:
The network is set for its MainNet launch on Oct, 18 of this year and offers supporters of the CyberMiles ecosystem with one of the most powerful virtual machines in existence, the CyberMiles Virtual Machine.
The solution is the diamond in the crown of the CyberMiles blockchain and is a protocol innovation that has access to a stack of middleware technologies. These technologies are created specifically for business use cases and will be accessible to the entire distributed virtual machine.
The CVM was created with the aim to drastically improve the Ethereum Virtual Machine [EVM], along with improvements to the software stack to make it developer friendly and enterprise-friendly.
Problems with the EVM:
The EVM has a list of limitations including scalability. Smart Contracts on the platform need to be triggered by an external event, as seen by the existence of the Oracle for Ethereum. This is, at most, a fragile solution as it is not standardized. Moreover, there is no tight coupling between dApp middleware and the smart contract itself.
This leads to situations wherein the smart contracts have to “know” what is available in the dApp to make calls to the software components. The very development of dApps is difficult due to the middleware’s inability to be encapsulated and reused.
dApps’ usages are also not integrated with a cryptocurrency incentive system, resulting in centralization by corporations that shoulder the cost of running the network.
CyberMiles Solution:
CyberMiles’ solution to this problem is to introduce “Smart Business Contracts”. The Smart Business Contract [SBC] innovation includes the CVM and focuses on defining the middleware software stack in a standardized way. It operates so that every node can run the blockchain and support standardized middleware.
The effort and computing power required to run these contracts is compensated with the CyberMiles network’s native token known as CMT. Network users will be tasked with paying validators transaction fees to incentivize validators to keep the network online.
The SBC can access business software frameworks outside the blockchain due to its middleware stack, namely:

The CyberMiles network boasts of a robust rules engine with support for a general purpose procedural programming language. This kind of rules engine is utilized by many enterprise level businesses.
CyberMiles pushes the envelope by implementing the Rete algorithm to match patterns to rules and resolve conflicts. This also results in it being a forward chaining inference rules engine.

A Business Process Manager [BPM] is also a part of the CyberMiles network and is a finite state machine that mimics the execution state of a multi-step contract. It is driven by external actions enforced by the contracting parties. This allows certain rules to be applied reactively upon certain conditions being met. The rules are invoked on demand, with each state of the manager corresponding to a business rule.

The network has a requirement for a distributed database in order to support complex application frameworks and store application data. Since the network is a blockchain, data needs to be replicated and synchronized across nodes on the chain. The database does not store transaction results, which are stored in the blockchain as it is a more secure option.
Due to a general advancement in the distributed database space, it is now possible to create them using open source technology, although these do not guarantee system consistency. By default, CyberMiles utilizes Apache Cassandra as the distributed database system.

A distributed file and data storage service is required to access files services which are required for managing larger data files. The standard file storage for CyberMiles is the Ethereum Swarm and InterPlanetary File System.

The distributed webhook service will integrate with external entities and complete contractual obligations specified by SBCs. The Business Process Manager [BPM] waits for contracting parties’ input to invoke the rules, which requires an interface with the Internet. It will embed a web server that can receive and trigger BPM events.
Modularity and Reusability:
CyberMiles aims to ensure the long-term usage of the network by building an extensive library of reusable software components. Proceeding this, the stack of components will be standardized. This will show signs of familiarity with enterprise users, who are used to this kind of software ecosystem.
The contract embodies the principles of software encapsulation and reuse applied to the blockchain platform. This will decrease the number of funds poured into the network and increase the value of the network, as developers do not have to start from scratch every time.
They will have access to a powerful, integrated stack of business software middleware with which they can develop new use-cases. Smart contracts on the CVM are similar to the EVM and are executed by the node and validated by the miner when a new block is created.
SBCs are built on top of reusable software components and are also reusable themselves. Users can create a smart business contract template that can be reused by changing key terms such as parameters. These templates will reduce the cost of building and deploying business applications to increase the value of the network.
DApps can also be developed on the CVM and will manage all data and logic that should not be stored on the blockchain for privacy or performance reasons. Any business logic on dApps will be offloaded to smart business contracts.
CyberMiles has built a Turing-complete virtual machine attached to the blockchain. It has been programmed using a JavaScript-like language and can complete tasks such as connecting webhook events to the BPM, loading business rules and accessing shared databases.
Any developers wishing to develop on the CVM need to bundle together app code, BPM files, webhook config, business rule file, archive and submit to the blockchain. Once the contract is deployed, any external systems can access it via blockchain addresses.
The software architecture must support a clean separation between consensus logic and application logic. The CVM and software stack for SBCs are to be implemented as custom applications on the blockchain.

For the scalability of the blockchain to be ensured, CyberMiles tested the software with the performance to scale to consumer-grade applications for millions of users. Most recognized top candidate solutions for scalability for the first iteration of the blockchain are the Tendermint/Cosmos platforms.
Tendermint provides Byzantine Fault-Tolerant Consensus and can withstand up to one-third of node failure. The DPoS consensus algorithm also incentivizes the validators to secure the network and keep it running.
Once implemented, it’ll have a block generation time of under 10 seconds, with transactions immediately being confirmed.
The CyberMiles Advantage:
Where CyberMiles has an advantage is in its deployment to support 5miles’ existing e-commerce network, which is comprised of more than 15 million registered users, handling billions of dollars in annual transactions. This move marks CyberMiles as the largest blockchain-based commerce network in the world.
More than its use-cases for e-commerce, the network is also able to provide services such as decentralized user identity and credit management, decentralized settlement clearing house, peer-based voting, and conflict resolution. Creation of the network leverages 5miles’ experience of running an e-commerce website, as seen by thousands of contract templates.
AMBCrypto reached out to CyberMiles’ CEO to clarify some information regarding the project.
Q. What drove you to create a  blockchain-based variant of your already established business?
We believe that blockchain is the next tech trend, and that an existing business always needs to take advantage of new technology if you want to grow big. After we did some research last year, we found out that the blockchain infrastructure is still missing some parts, that’s why the CyberMiles project came to be.
Q. Do you have any plans of partnering with your competitors?
The first step always has been to help small businesses, since they are more sensitive to costs and open to opportunities.
Q. Would you define CMT as a utility token?
Yes, CMT is a utility token since it is the gas of our MainNet, just the same as ETH on the Ethereum platform.
Q. Under what conditions will the cap increase to 10 billion CMT?
The 10 billion cap is targeted over 40 years. If every year, 8% more CMT are mined, in around 40 years the total supply will reach 10 billion.
Q. Who will the delegates be on your network? Will all supernodes be run by CyberMiles?
No, almost all of the supernodes will be running by themselves.  Here is a partial list of our “Genesis Validators”: