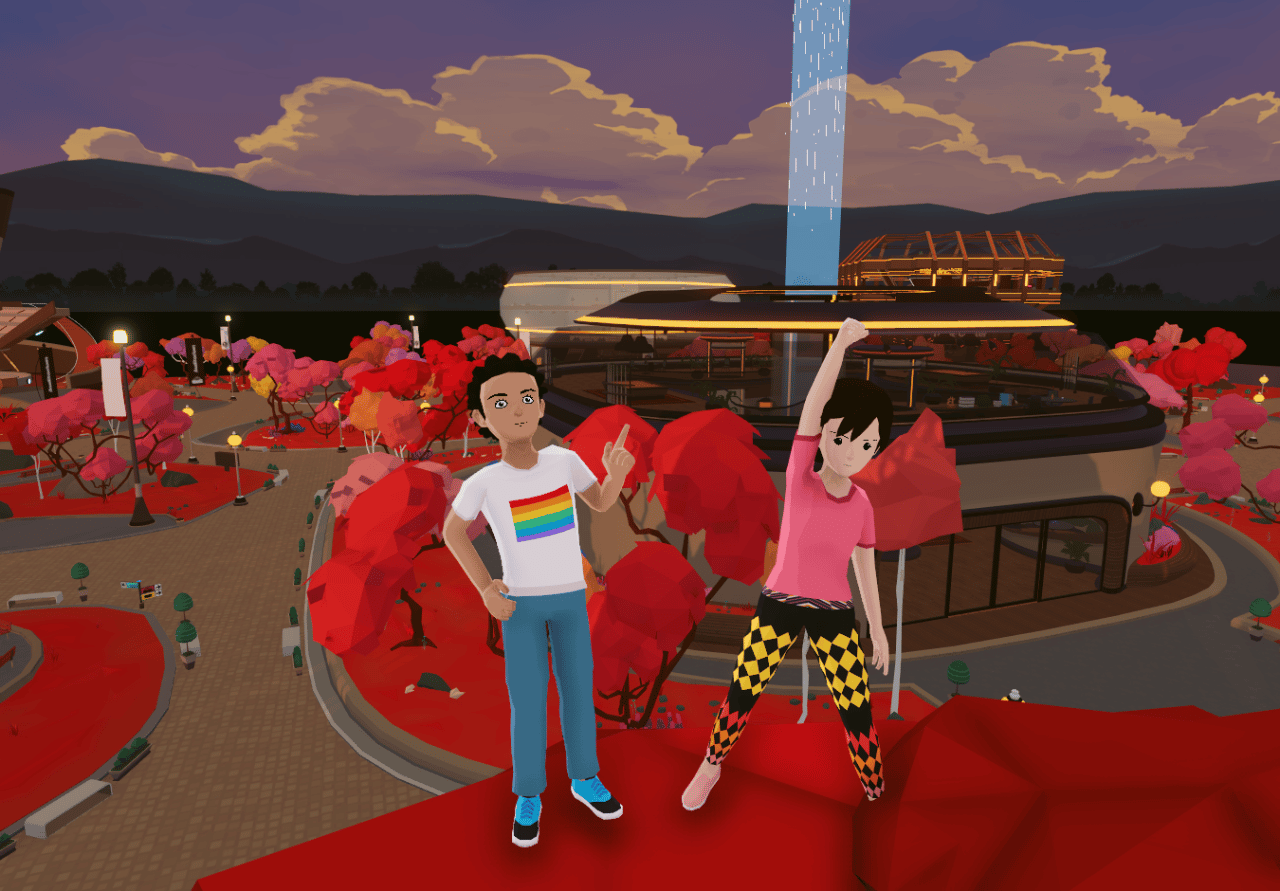 Decentraland [MANA] has been in a price pullback since 21 December. The bulls found steady support at $3019 and attempted a rally. However, bulls faced a key obstacle at $0.3101.

If MANA bulls clear the obstacle, a smooth sail to the supply zone around  $0.3150 could be feasible. But could the bulls pull such a feat? 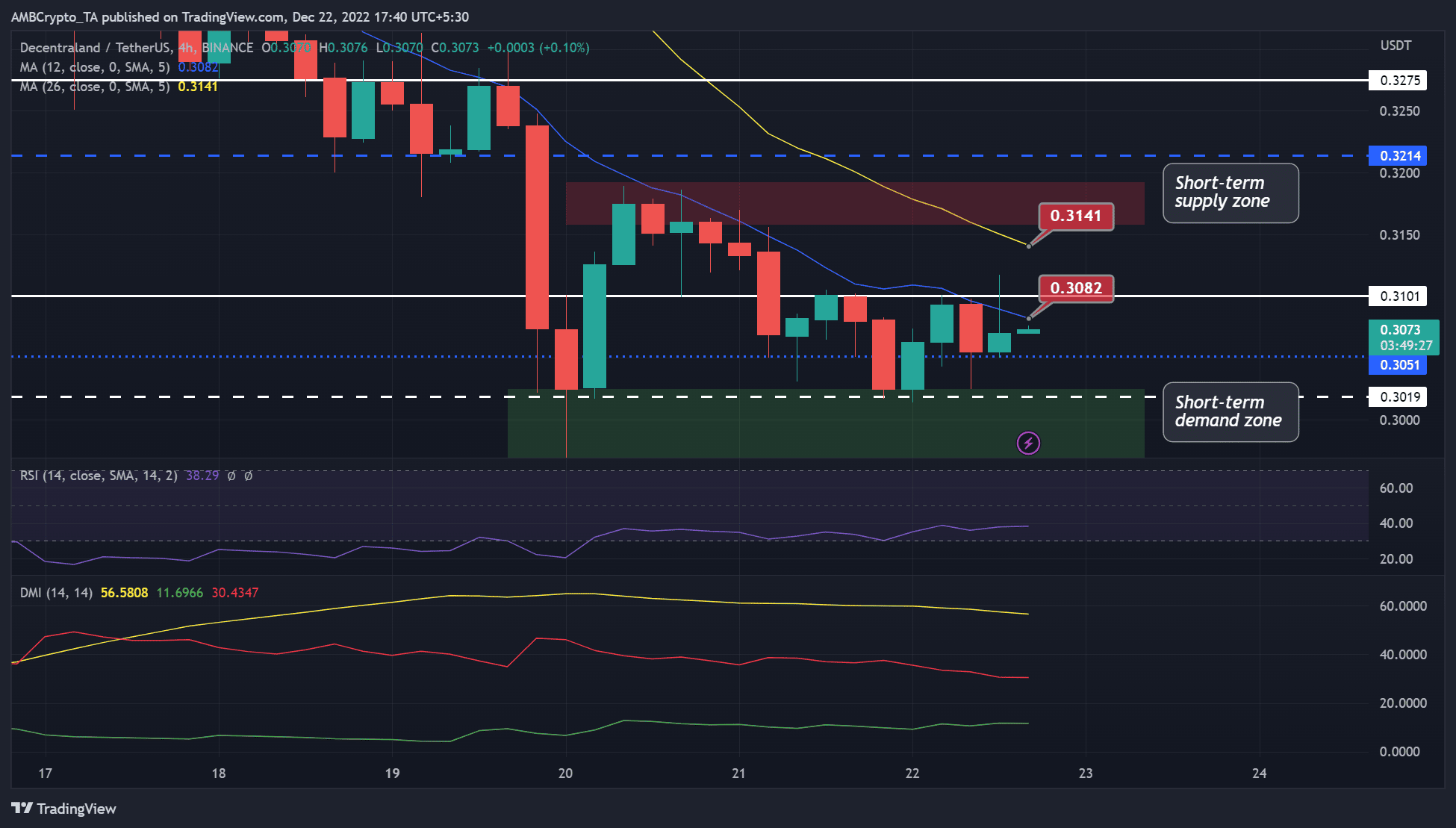 MANA made a new higher low by press time, indicating bullish momentum. In particular, the Relative Strength Index (RSI) climbed up from the oversold area rather gently and not sharply. This showed that buying pressure increased steadily, countering the influence of sellers.

Should the momentum persist, MANA could retest or break above the resistance at $0.3101. If the bulls clear the obstacle, they can focus on the 26-period Moving Average target at $0.3141.

In addition, the Directional Movement Index’s (DMI) red line (sellers) was on top but with a gentle slope. It shows sellers had leverage in the market, but buyers were slowly gaining ground. If the trend continues, bulls could push up to the obstacle.

Nonetheless, bears still had leverage. An aggressive move by bears could push MANA to the demand zone around $0.3019, invalidating the above bullish bias.

How many MANAs can you get for $1?

According to Santiment, MANA’s weighted sentiment metric moved higher toward the neutral level, indicating an improved investor sentiment on the asset.

However, there was little demand for MANA in the derivatives market as the Binance Funding Rate for MANA/USDT pair dropped.

Nonetheless, the number of active addresses trading MANA increased steadily with the increased prices. This boosted the trading volume and buying pressure, thus, could sustain further the uptrend if the momentum continued.

But a bearish BTC could pull down MANA and undermine further uptrend. Therefore, investors should watch BTC’s performance too.

VeChain: Investors can expect this from VET during the last days of 2022