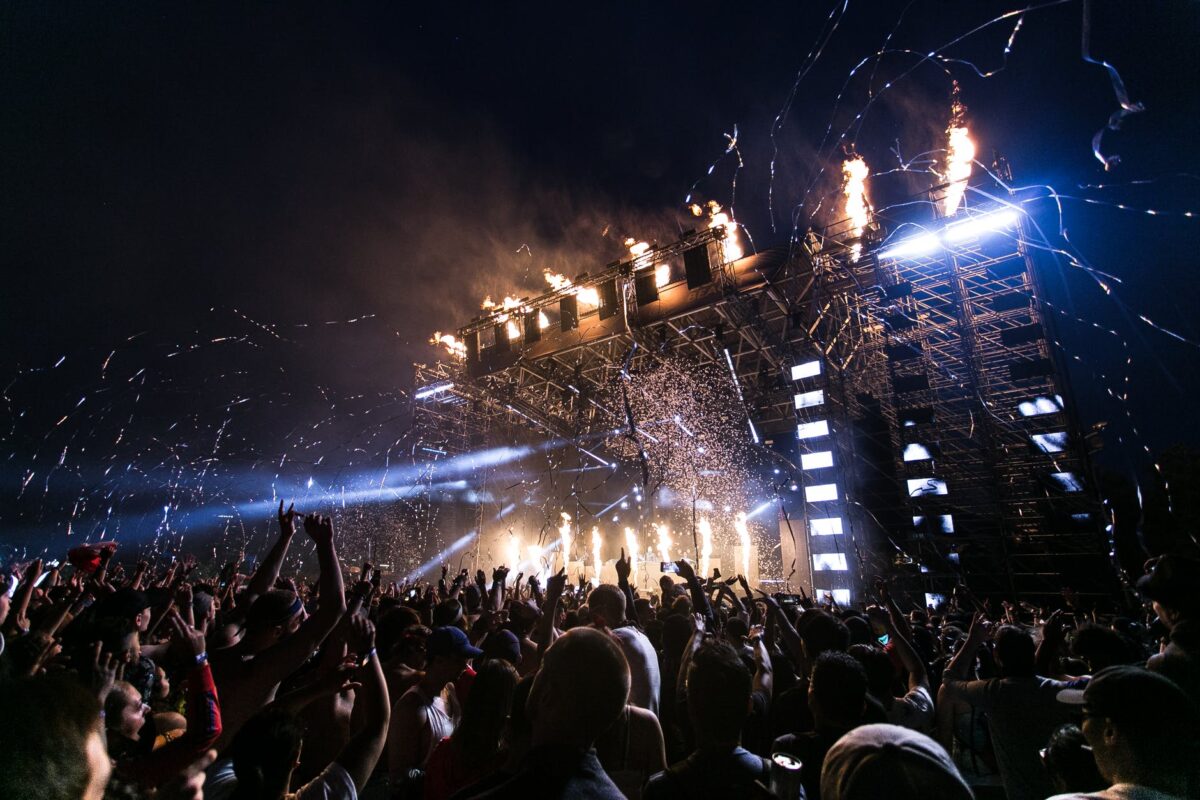 Metaverse is slowly becoming the next big thing, with investors’ participation increasing in the virtual world of Decentraland. Recently the blockchain world announced that they will be recreating the iconic Ball Drop in the metaverse which will also mark the beginning of ‘MetaFest 2022’.

Under usual circumstances, all of this would be just another development on the chain. But in the case of the metaverse, its skyrocketing expansion makes this event a major magnet to draw in more investors.

Ever since the launch of the metaverse, the number of balance holding addresses on Decentraland shot up by 66%. At present, the network has more than 178k investors. 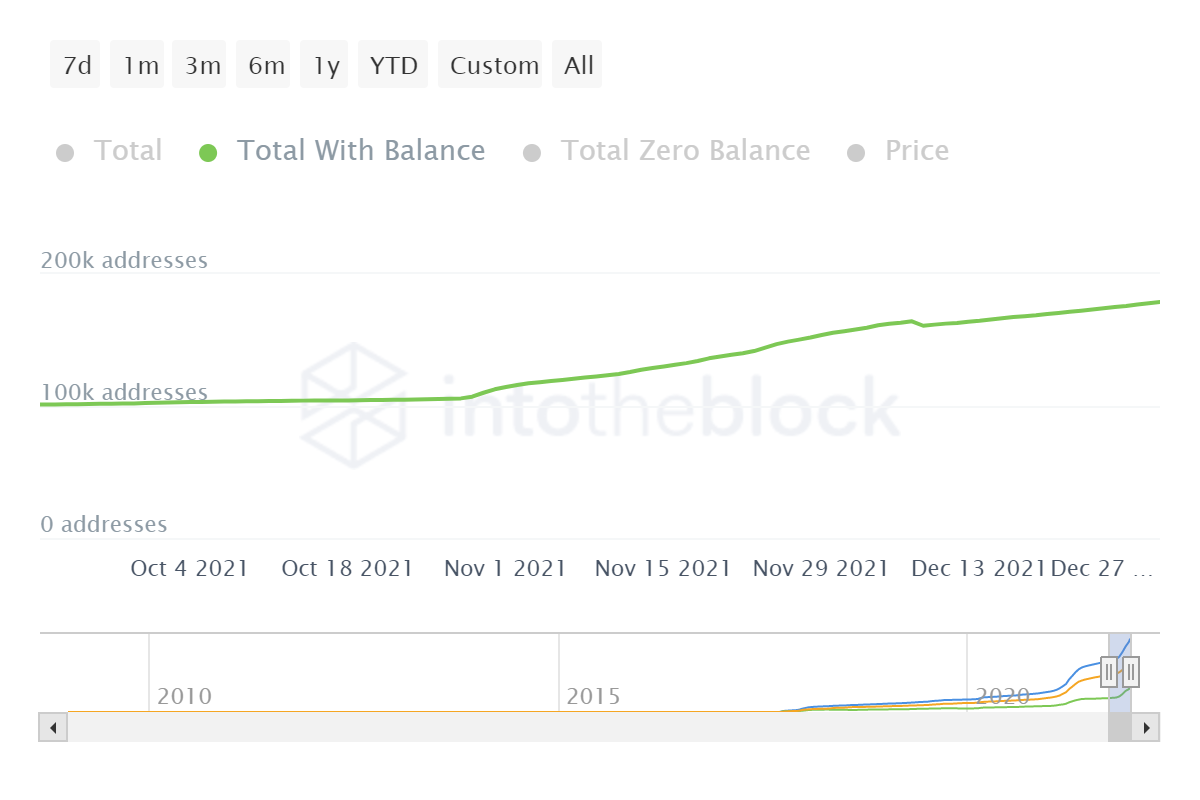 Although the month of November saw higher participation from them, the price fall of December led to lesser volumes though. While in November the average value transacted was at $700 – 800 million, throughout December it remained within $250 – $300 million. 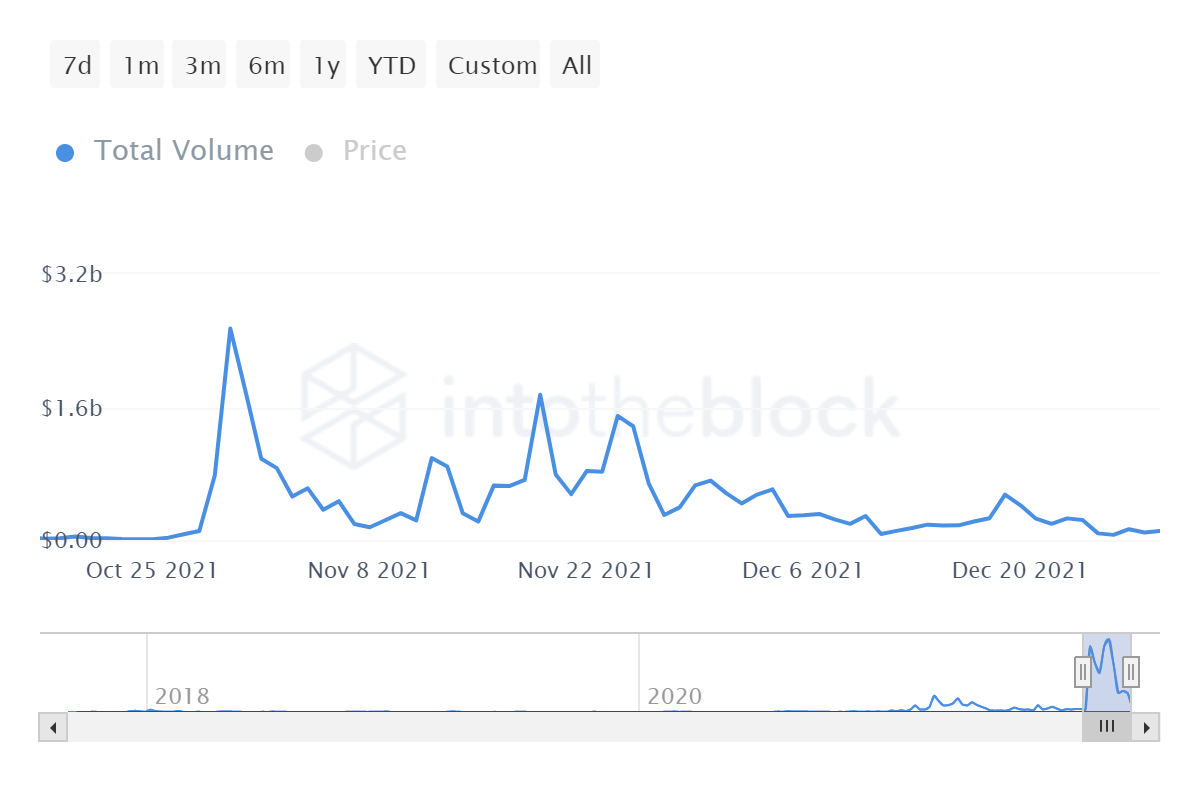 The lack of volumes is directly influenced by the lack of transactions on-chain. This consequently affected the fees collected per day. Down to 479 MANA from 13k MANA, this represents a 96% decrease in fees. 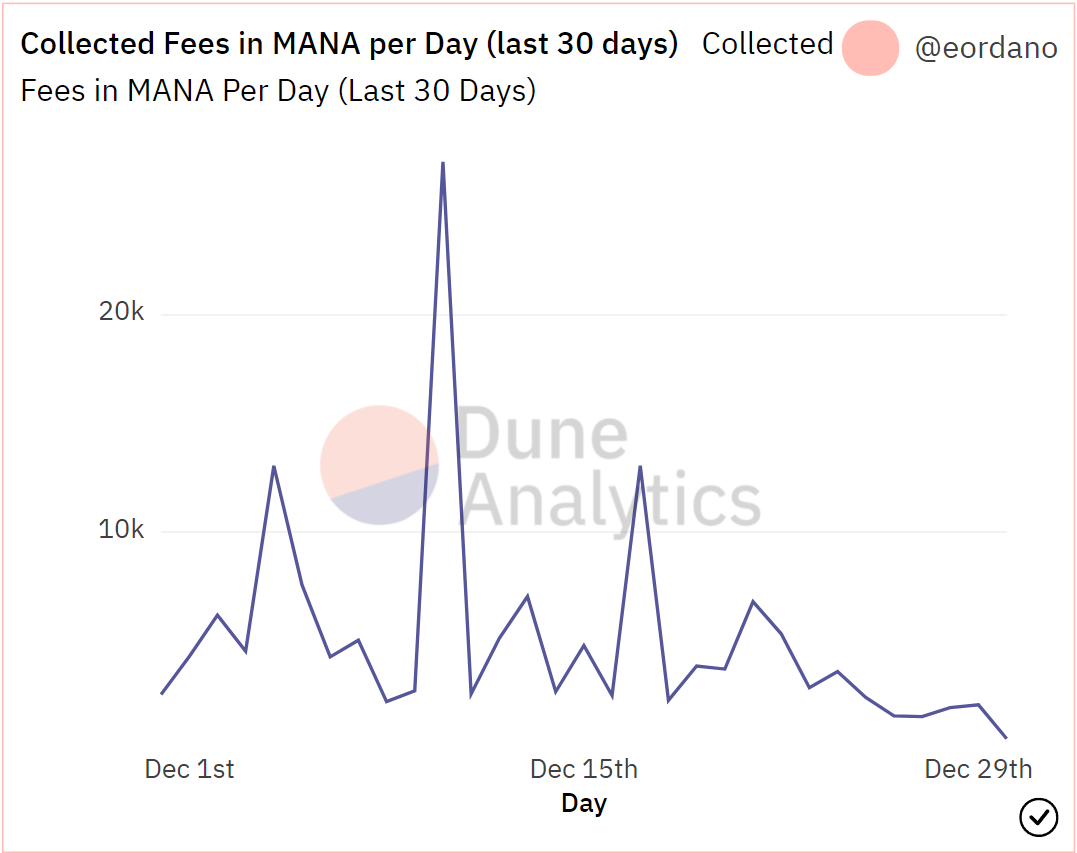 However, most people here won’t be facing severe losses since they exited at the first sign of bearish price action. Caution-induced profit-taking led to investors selling over 100 million MANA since the beginning of December.

But every network has some people who just HODL regardless of the market trend. These 36k people who held MANA throughout the events of November now contribute to the increased domination of MTHs on the network. 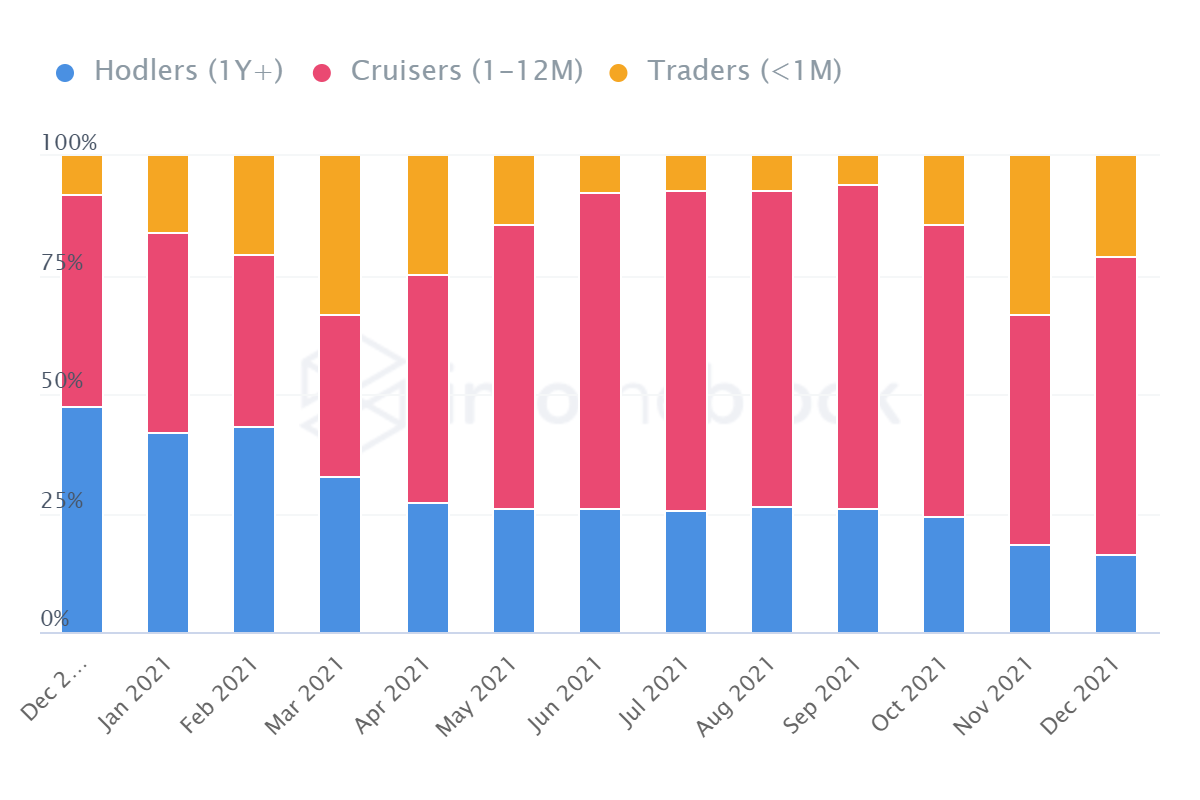 Thus, the above-mentioned data is proof that not only is Decentraland in demand, but it also has some serious investors too. Should events like the ‘MetaFest 2022’ become successful, more investors will likely be drawn to the network.

As it is Decentraland is the biggest GameFi token in the market with almost a $6 billion market cap, so it won’t be surprising if MANA rises further.

Related Topics:DecentralandMANAMetaFest 2022Metaverse
Up Next