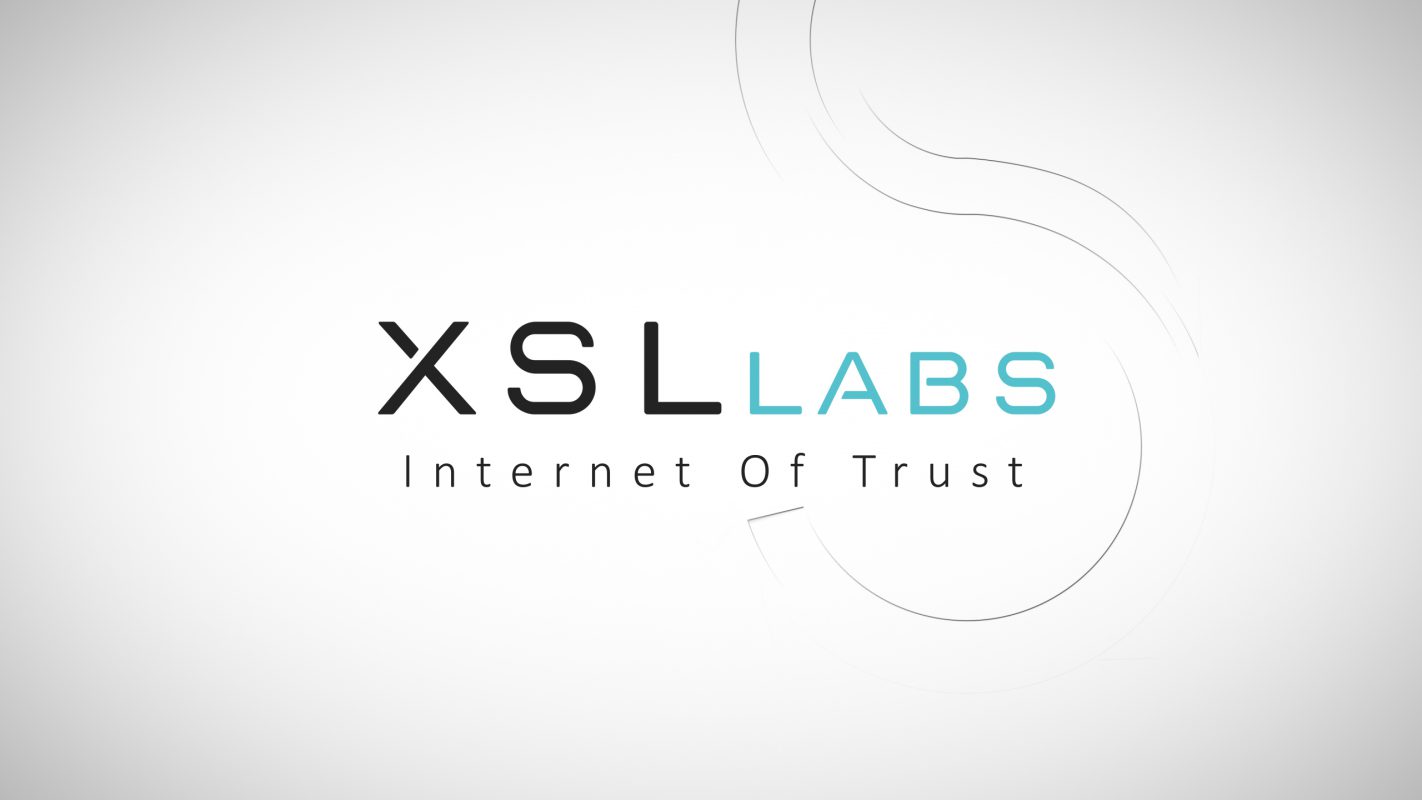 Identity data theft has been rampant over the past few decades. The birth and growth of the internet accelerated this kind of crime. It is one that multiplies year on year. The French authority on data privacy law, CNIL, reported that in 2019 there was a 195% increase in the number of companies reporting illegitimate access to personal data compared to 2018.

In an attempt to find a solution to this problem, XSL Labs was born in 2018. The idea was born in 2018 following the meeting between Georges Tresignies, founder of the French YouTube channel Slash Coin, and Ludovic Ryckelynck. Their meeting enabled them to discuss many issues related to digital identities and data protection and to discover that no large-scale French project of decentralized identity solutions related to blockchain technology existed until then.

The solution they came up with is an ecosystem built around a Decentralized Identifier (DID) called Secure Digital Identity (SDI). There would be a system of decentralized applications (dapps) built around the SDI to control and access many other services. Their utility token, the SYL token, will be used to carry out transactions within this ecosystem.

In the digital world, proving one’s digital identity and attributes to services without them abusively requesting personal data is a challenge. Digital identity management involves user registration, user identification, and authentication based on their verified data. The service provider, who often combines the role of identity provider to register their own user, is required to receive, store and present the user’s verifiable credentials, and provide access to services and transactions based on these verifiable credentials.

Often a solution that these online service providers go for is to delegate the burden of identity providers to social media giants. Hence, buttons such as “connect using your Facebook/Gmail account” is often seen when trying to access services that require identity verification.

The attributes of our online profiles/avatars/accounts are currently mainly hosted by the service that requested them during the creation phase. This is the usual set-up where the online service provider also acts as an identity provider:

The roles of Identity Provider and Service Provider can be dissociated. This is the principle of account opening and information sharing through social network logins:

The DID is an identifier that refers to a single user and can be resolved in a manner similar to a webpage. It cannot be assigned (or reassigned) to anyone other than the creator of the DID, and can operate without relying upon a central authority.

The DID can be linked to one or more cryptographic keys to ensure that its owner has exclusive control over it. This can be used to create something called a DID Document, a profile of the user available on a public blockchain. However, it does not contain any personal information and instead is used to add new types of data to the DID document.

This DID document, intended to be the passport of the internet of value, is one of the pillars that XSL Labs is developing. They call it a Secure Digital Identifier (SDI). The SDI will be based on a blockchain’s decentralized storage system, and on a Verifiable Credentials system that can be issued by third parties (institutions, companies, KYC issuers) and can be constantly updated.

There are three phases of development to this-the first is on the Ethereum blockchain, and then transferred to the Flare network in Phase 2 to reduce transaction costs and provide greater scalability.

In the third phase, when the network is deemed “perfectly scalable”, XSL Labs will develop it on its own blockchain called Pulsar.

Benefits of the SDI

The security of personal data will be significantly improved with the SDI. It will greatly reduce the influence of tech giants by offering to replace their centralized, universal authentication systems with an identifier over which the user has complete control.

It is possible to think of centralized servers as huge bank vaults containing the deposits of many customers. If thieves manage to elude the security system, they can then have access to all the deposits of all customers at once. But if savers each have a private safe in their homes, it is much more complicated for thieves to get their hands on the same amount of money. Similarly, while today’s hackers can have access to a great deal of information on many users at once through brute force attacks on centralized servers, they will have to hack each user’s SDI one by one, which results in a far too low benefit/cost ratio to be of sufficient interest to hackers.

A major advantage of the XSL Labs’ solution is the limitation of data dispersion- the user will be free to choose which data he wishes to share (through the ONE app, covered later) and which data he wishes to keep confidential. This is because it works on a method called “Zero-Knowledge Proof”. It is a crucial element in limiting the dispersion of identity data on the Internet and in restoring the user’s sovereignty over his identity, a principle theorized by Christopher Allen and called “Self-Sovereign Identity”.

Compliance with the DID standards developed by the W3C will enable SDI to be fully interoperable with other decentralized identity solutions on the market. The advent of DIDs paves the way for the Internet of Trust that will revolutionize data and user security on the Internet

XSL Labs’ decentralized app, the ONE application, is the gateway to the XSL LAbs ecosystem. It will enable the interoperability of all services that use SDI, and will eliminate all third parties that could potentially exercise control over users since the dapp will not need a central authority to operate. ONE will include an SDI control panel, a history of user identity data use, and a wallet to manage SYL tokens. Its decentralization is the key to ensure the guarantee of security of personal data.

XSL Labs want to make sure that developers can develop dapps using SDI to be referenced to a single platform, a decentralized application store called the SYL Library. When XSL Labs partners with other platforms in order to be referenced as a means of identification, the use cases of the SDI start to become much more clear. Just as one uses Google or Facebook’s systems to identify oneself today, the SDI system of XSL Labs can also perform the same function but with much greater security.

There are numerous services that require the validation of a user’s identity. Food delivery, booking taxis, flight tickets or rail tickets or movie tickets, hotel rooms or Airbnb or even crypto-currency trading platforms, the list of services that require identity verification extends a long way. Using the SDI will allow the creation of trust from platform to platform and since it is linked to the user and not the company, will save time and ensure ease of use.

All the transactions carried out for the services offered on this ecosystem will be able to be carried out using the SYL, the system’s native utility token, currently available through XSL Labs’ ICO. A maximum amount of 7 billion SYL divisible to the 6th decimal will be released at the end of the ICO.

Many other SYL use cases are under study or are yet to be discovered and it is up to the developers to take advantage of this unique tool.

XSL Labs will soon finalize its ICO phase, which started in 2020, following which the SYL will be issued in 2021. The solutions proposed by XSL Labs will then enter their development phase and will be made available to the public. XSL Labs, with new tools that are about to revolutionize the way users evolve on digital tools, will then be able to lay the first stones of the Internet of Trust.

To participate in the ICO, please visit: www.xsl-labs.io