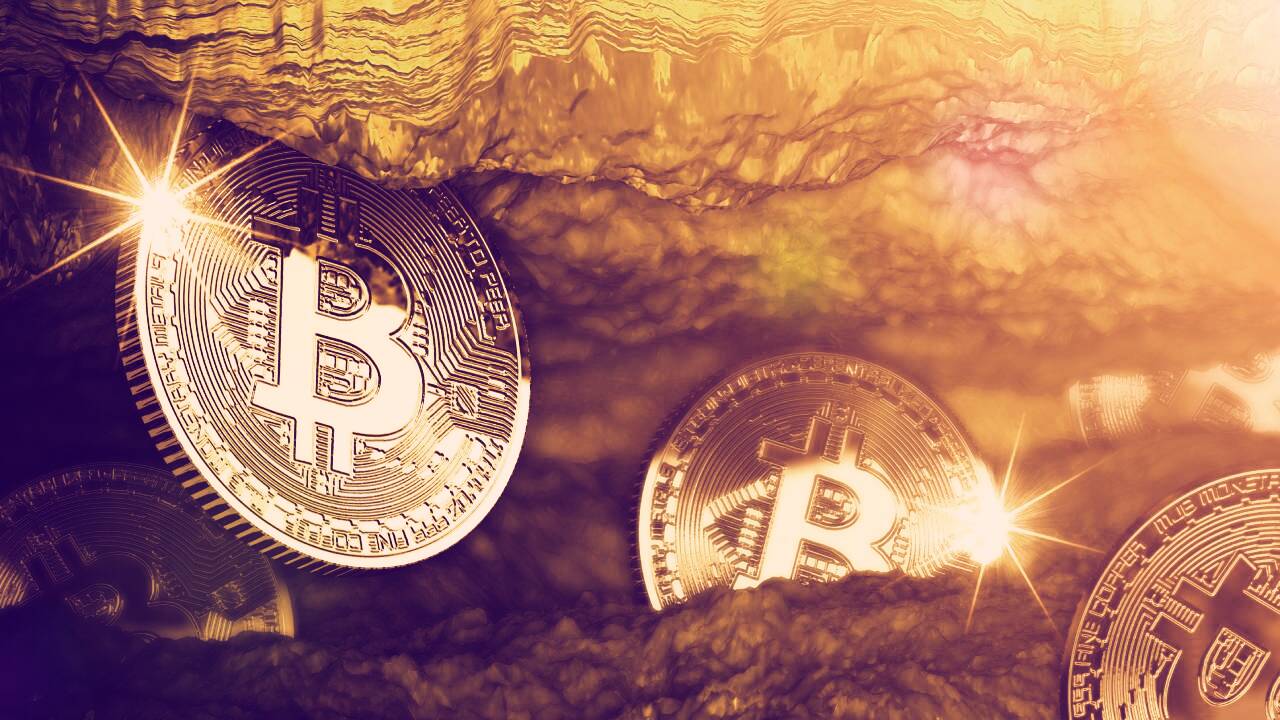 As the month of December begins, investors and analysts are keeping a close watch on the king coin’s movements, in order to gauge the direction of the market. Well, in this regard, it would be interesting to know if Bitcoin actually encountered as much loss in November, as the market perceived it did.

Bitcoin investors not in loss?

$53k has been a critical level as both support and resistance since March. It has been tested multiple times and on the macro scale, it has, at times, shifted the course of BTC’s price action. Thus, Bitcoin’s bounce back from the same during the recent retest is a good sign for investors. 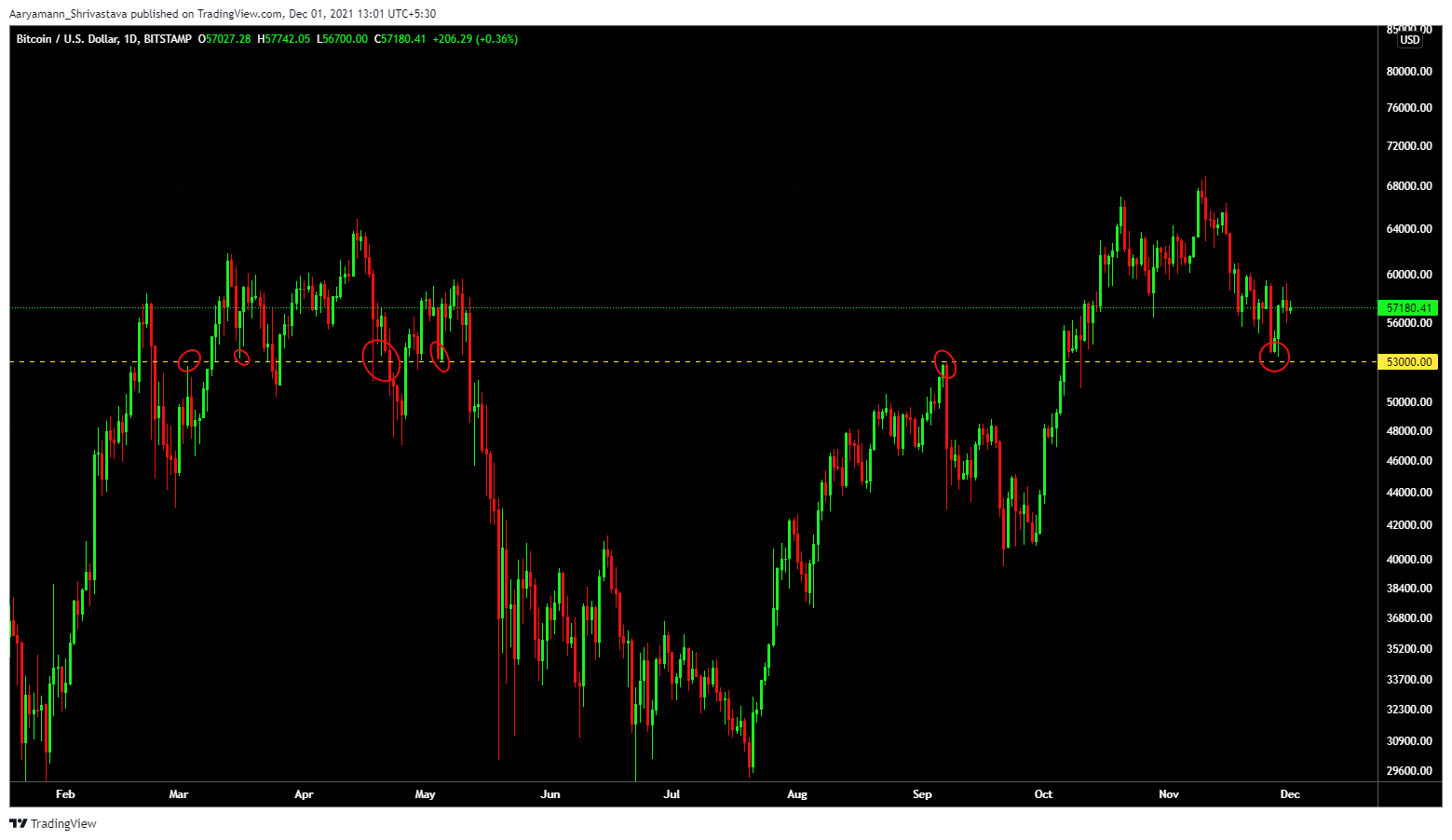 This is so because November’s price action caused investors significant losses, pretty much equivalent to the March sell-offs. 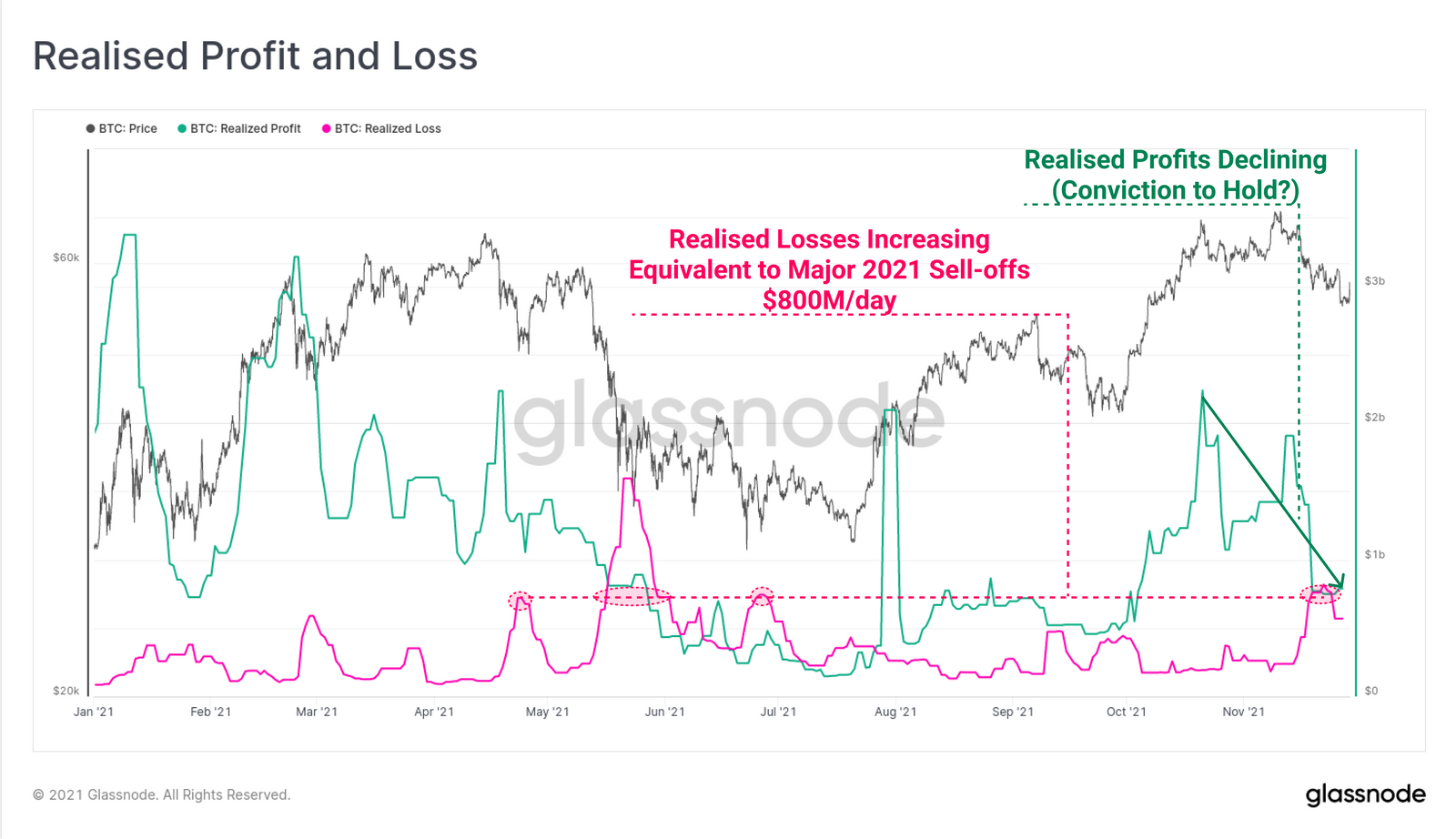 However, looking at the state of the supply held by short-term holders (STH) and long-term holders (LTH), the market actually appears to be in a healthier position in comparison to September when Bitcoin fell by almost 23% in two weeks.

Presently, of the 18% supply held by STHs, almost 50% of it is in profit. This marks a 60% increase in profits compared to September.

Similarly, timely sell-offs from LTHs allowed them to make the most of the $67.5k all-time high price levels. Ergo, at the moment, only 5.8% of their supply is in the loss. 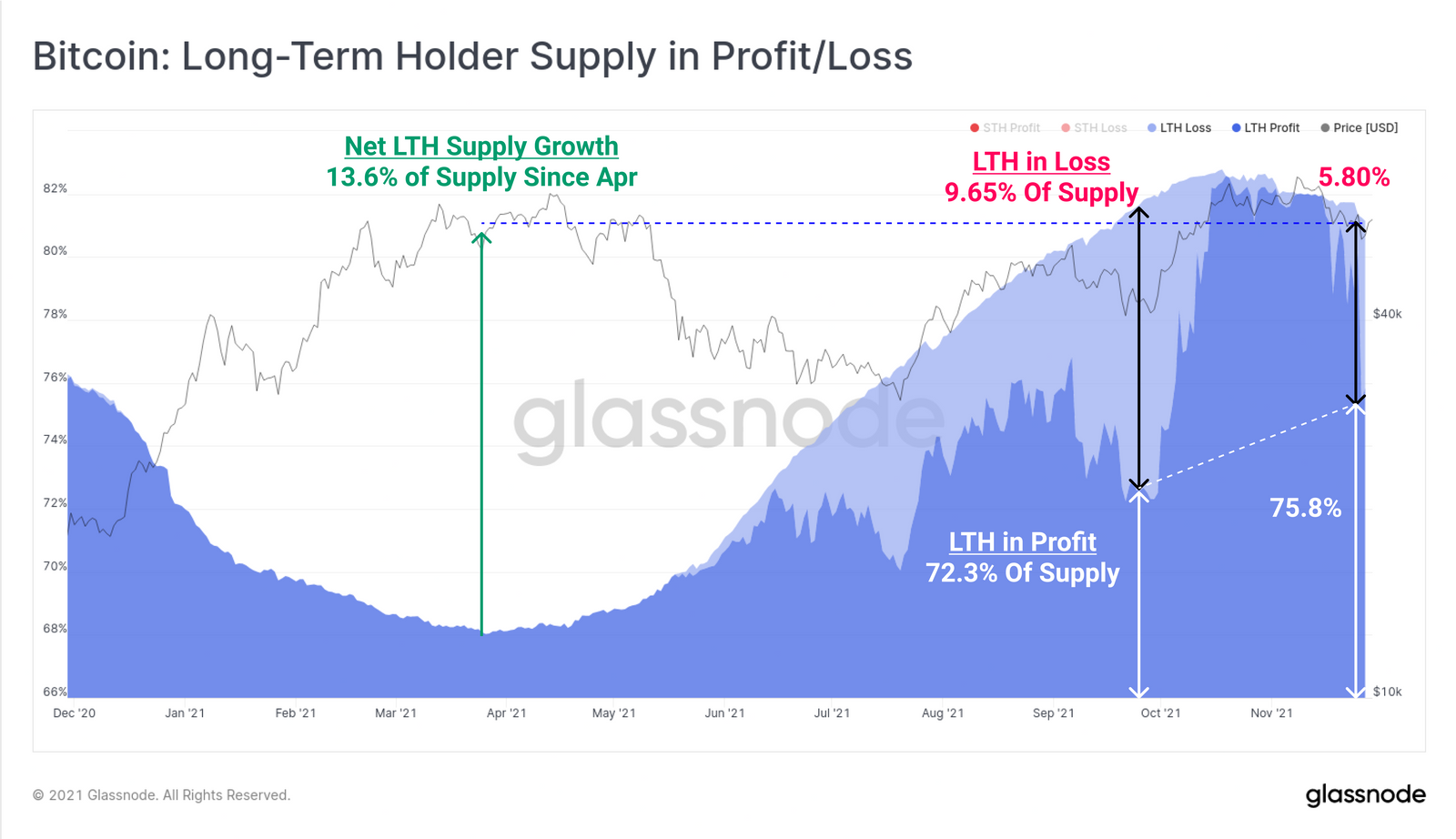 Even so, the risk of further downside certainly remains, given the current market bottom. Possibly, that could trigger LTH panic selling. However, as for the STHs, the key point to watch for is whether the market can hold STH realized price at $53k.

Notably, an on-chain cost basis does indicate a successful retest of the realized price as support. Also, as long as that is maintained the price will continue to climb higher. 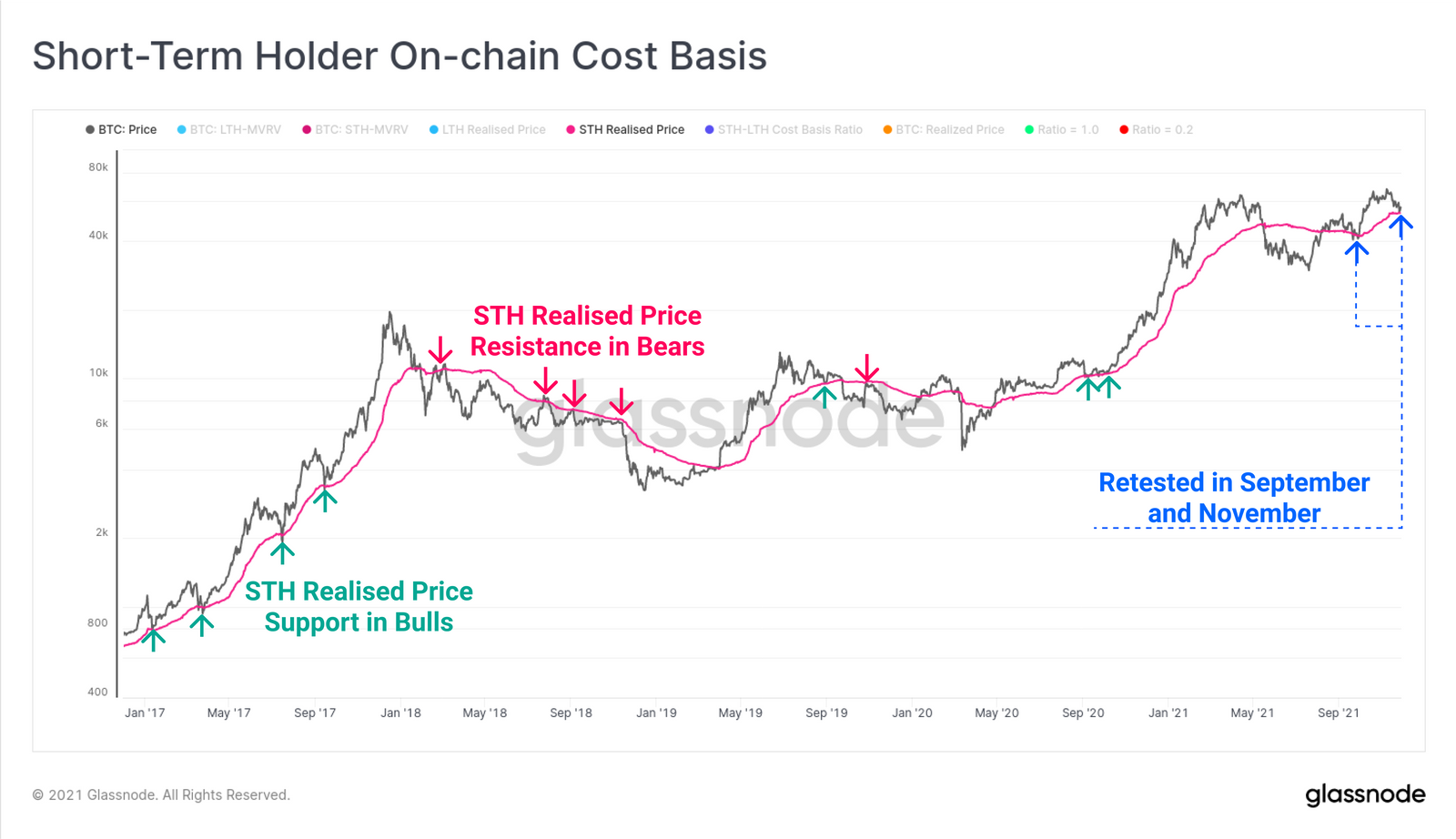 Importantly, the network has lost over 6% of all active addresses this month. Investors are convinced to sit silently and HODL their Bitcoin. Their confidence will recover if the market displays more bullish sentiment. 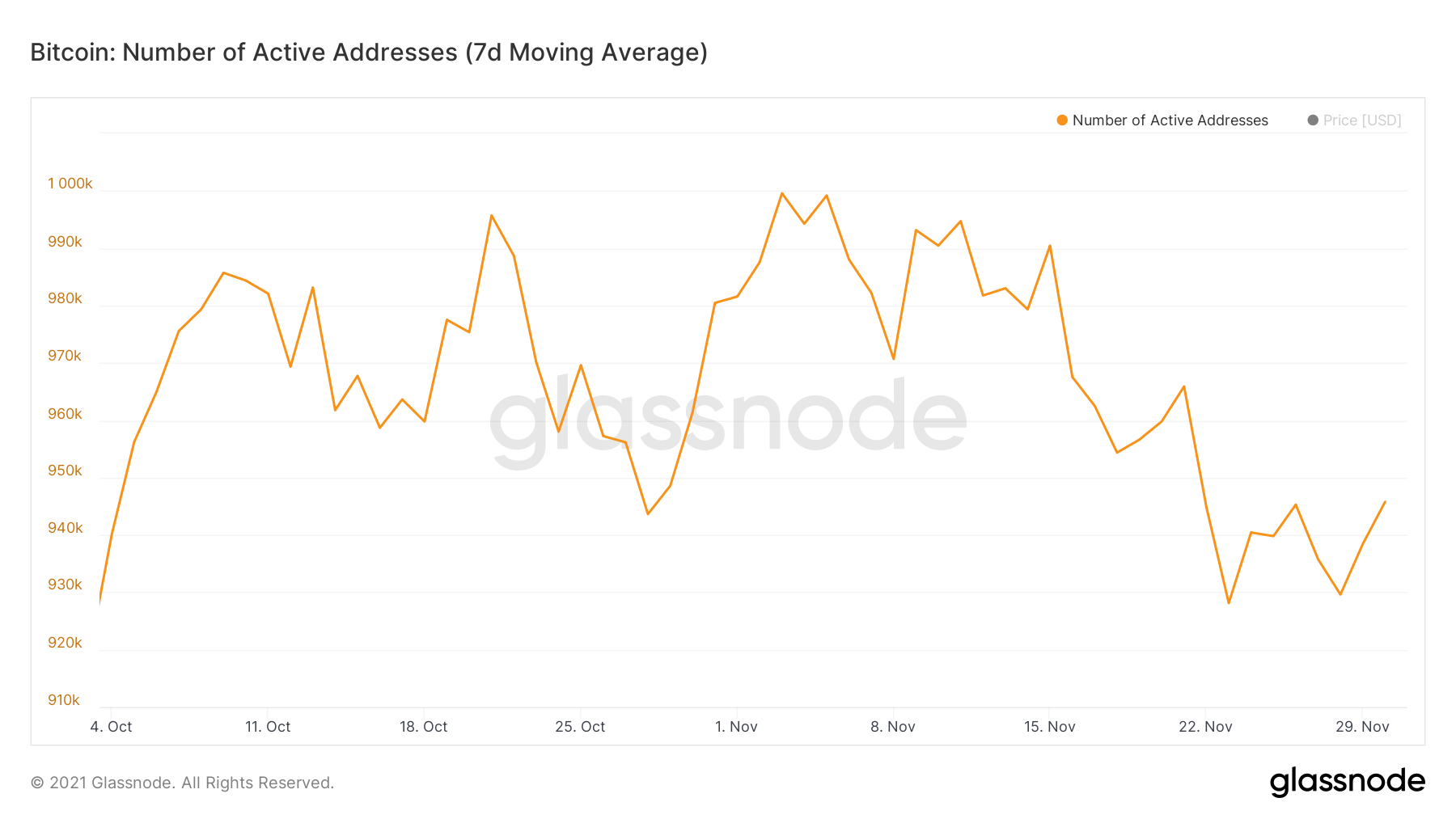 As mentioned above $53k is a critical level and holding this level is key to supporting a bull market going ahead.