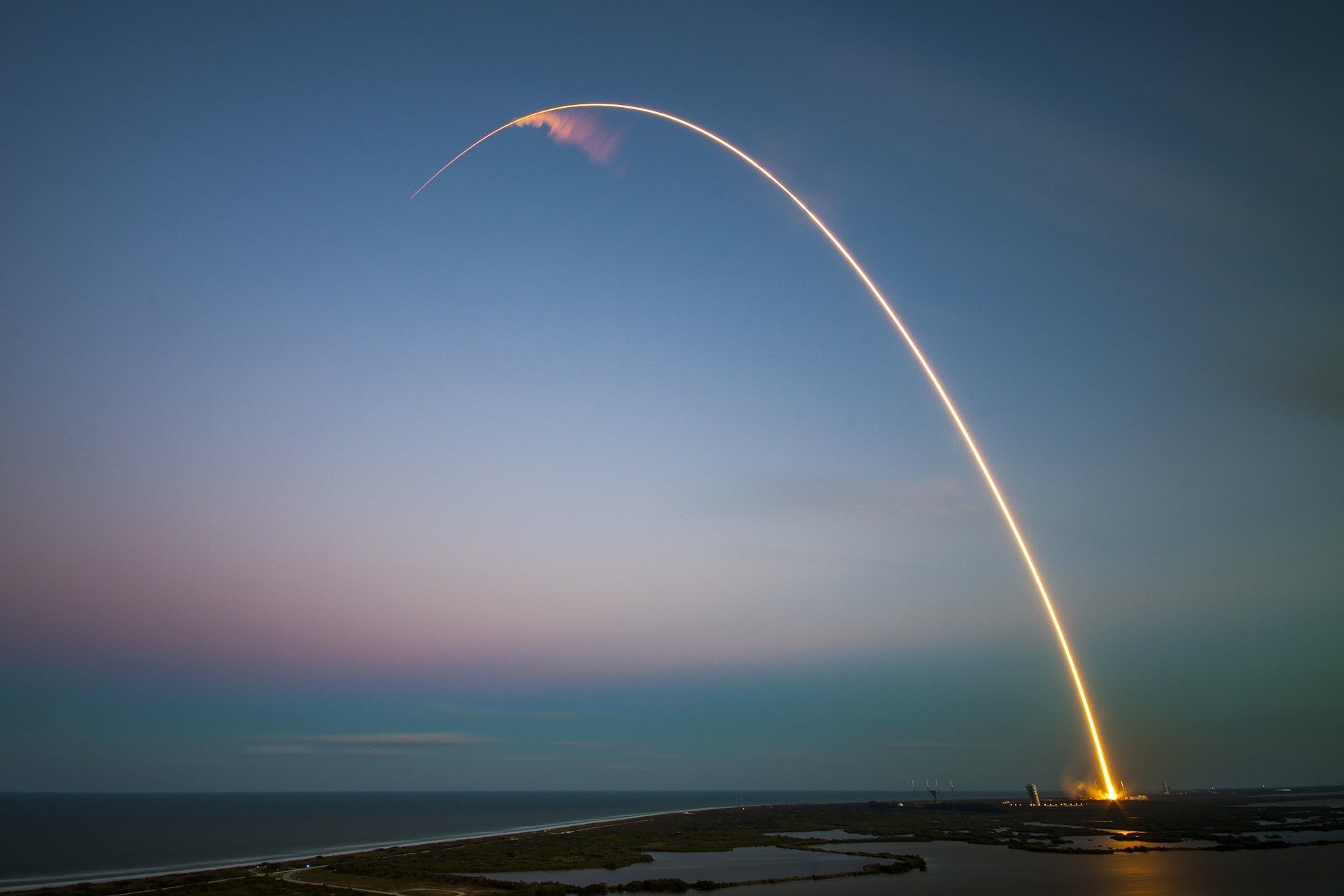 After three months of sustained rally with occasional speed breakers, Polkadot made an ATH of $51.59 ahead of its first parachain auctions getting approved. The parachain auctions had been in development throughout the year. The euphoria surrounding their 4 November launch seemed to be the main driving force behind the altcoin’s rally to a new all-time high. However, there was more to DOT’s rise than just that.

While the stage was set for DOT to reach a new ATH, as highlighted in our previous article there was still more scope for growth both in terms of development as well as price. So, here’s how the eighth-ranked alt’s trajectory could look in the future:

Parachain auctions, allow DOT developers to register their projects on a parachain (an individual blockchain on the Polkadot ecosystem) and get crowd loan funding for their projects provided the governing Polkadot Council gives the idea its green light. The highly anticipated auctions that would go on all through November are set to ensure DOT’s rally in the coming weeks.

Further, DOT’s price reached ATH amid high euphoria from the retail crowd. Notably retail FOMO has played a major role in DOT’s rally as seen in DOT’s high trade volumes. The result of the same was a massive uptick of almost 50% in Polkadot’s market cap dominance. 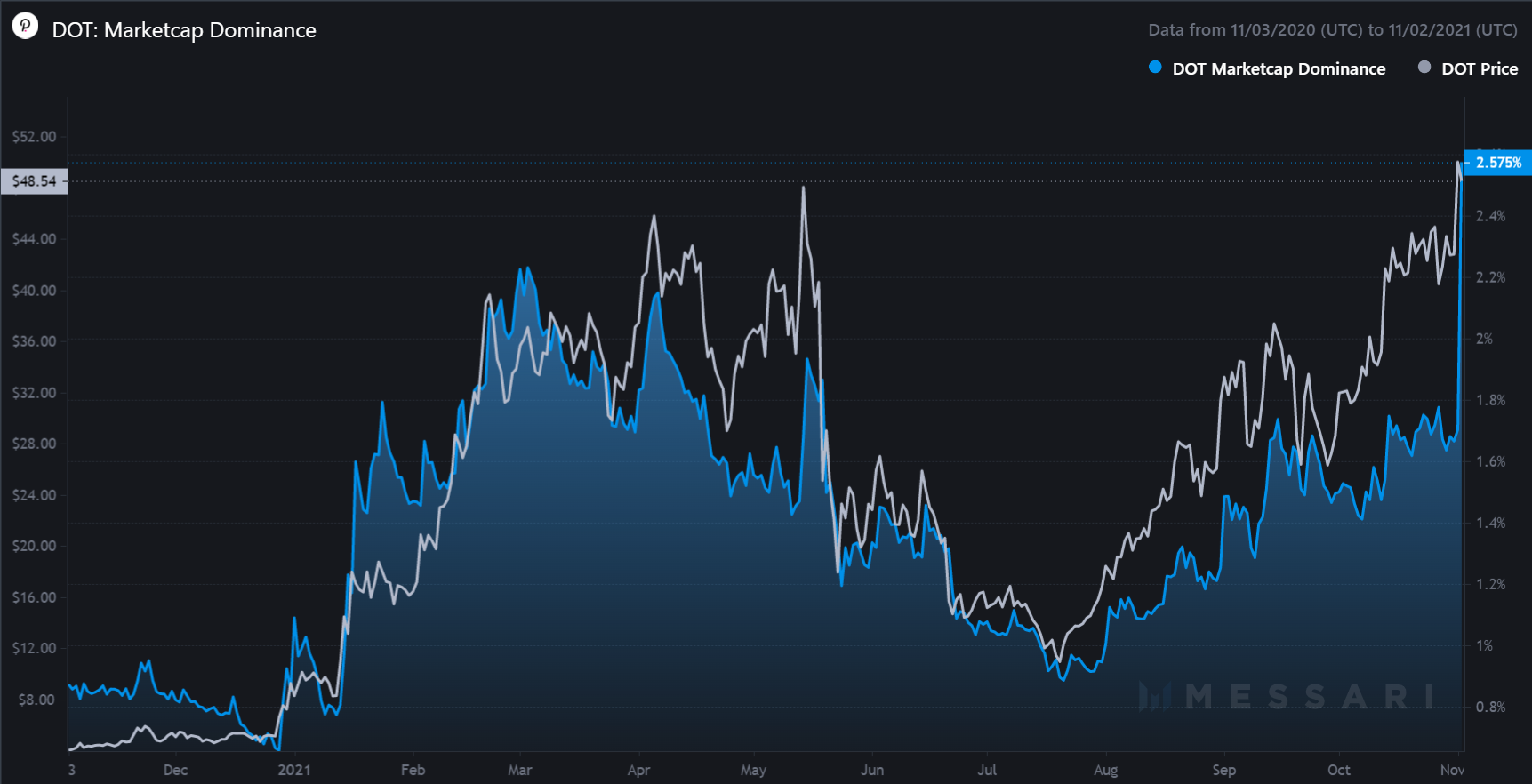 Seemed like DOT rode on a wave of high social volumes as well as high positive social sentiment. Apart from the high spot volumes, DOT’s perpetual and futures market seemed to be glimmering too.

In fact, Open Interest on Polkadot’s futures market jumped by 18.51% and on the Perpetuals market by 14.70%. Further, 1 November saw the highest number of short liquidations after 13 October.

Active addresses for DOT jumped by almost 40% on 1 November as its price neared all-time high levels, highlighting participants flocking on the network ahead of the parachain launch. 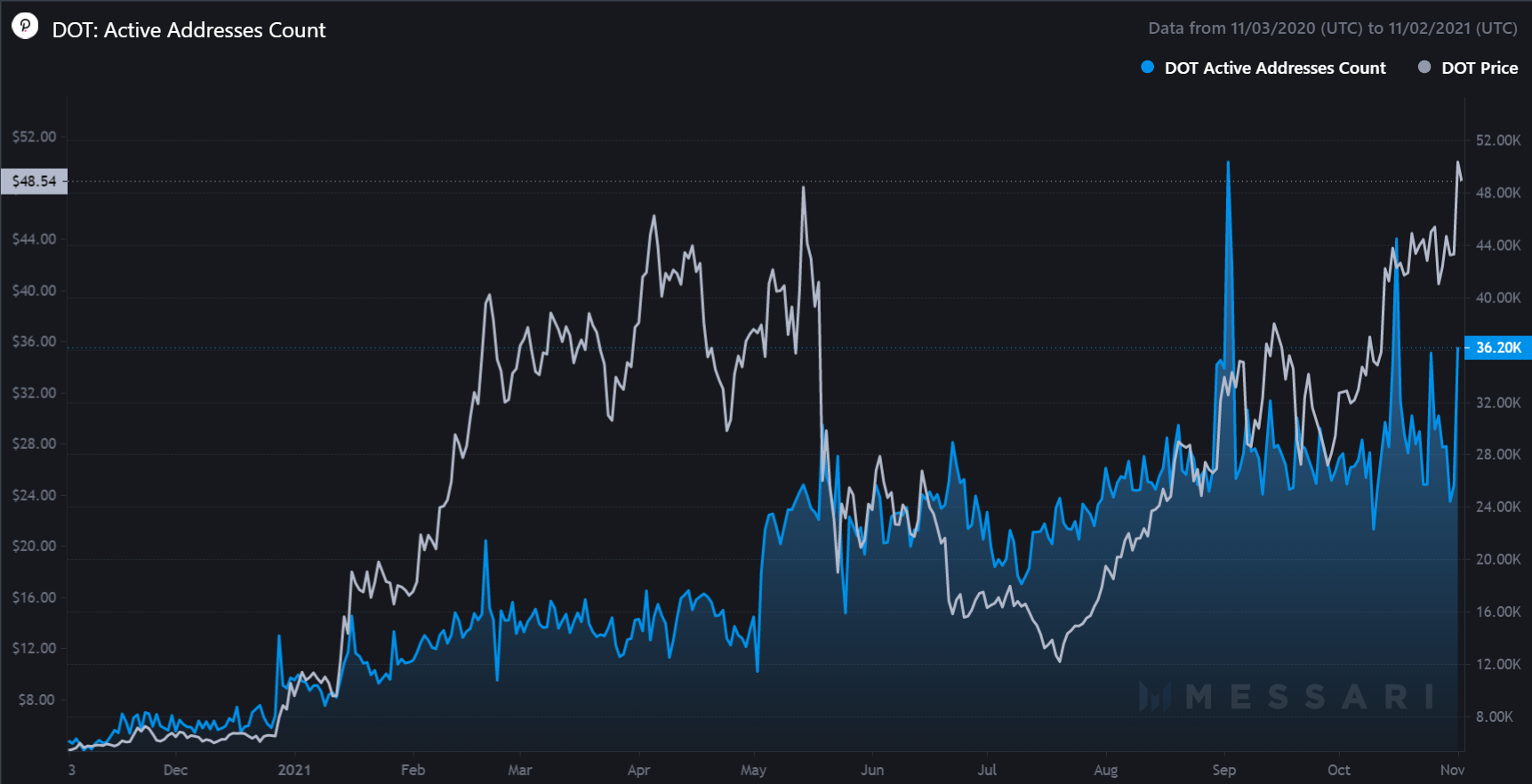 However, apart from decent active on-chain activity, the hidden reason behind this rise could be the notable rise in development activity which was at an all-time low till 30 October and finally picked up breaking out of its low trend.

Alongside decent development activity, whale accumulation too is noting ATH figures as percent of stablecoin total supply held by whales with more than 5 million USD was at an ATH.

However, since DOT reached an ATH and participants wanted to jump in on the bandwagon with DOT facing minor consolidation at press time, a move under $47 would be a good buy zone for the alt.

For now, however, the next target for DOT could be $55.6, then at the 127.2% Fibonacci extension level at $62.75. In fact, DOT could eventually hit $80 if all pans out well. These levels need to be carefully watched in the coming days.

Bitcoin Cash traders must watch out for these key levels