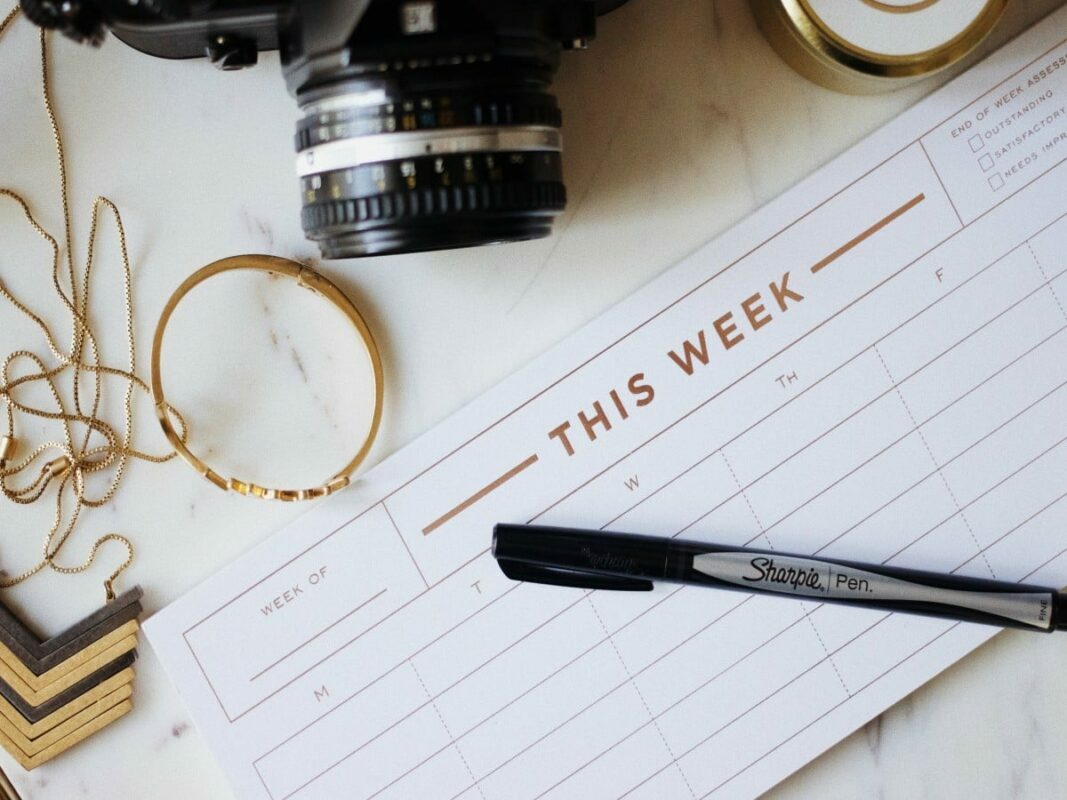 Inflows into digital asset investment products totaled $30 million last week, while in the week before, inflows corrected from $12 million to $343 million, CoinShares found in a newly published report.

According to the report, with $343 million as inflows into digital asset investment products in the week before last, it represented the largest single week of inflows since November 2021. 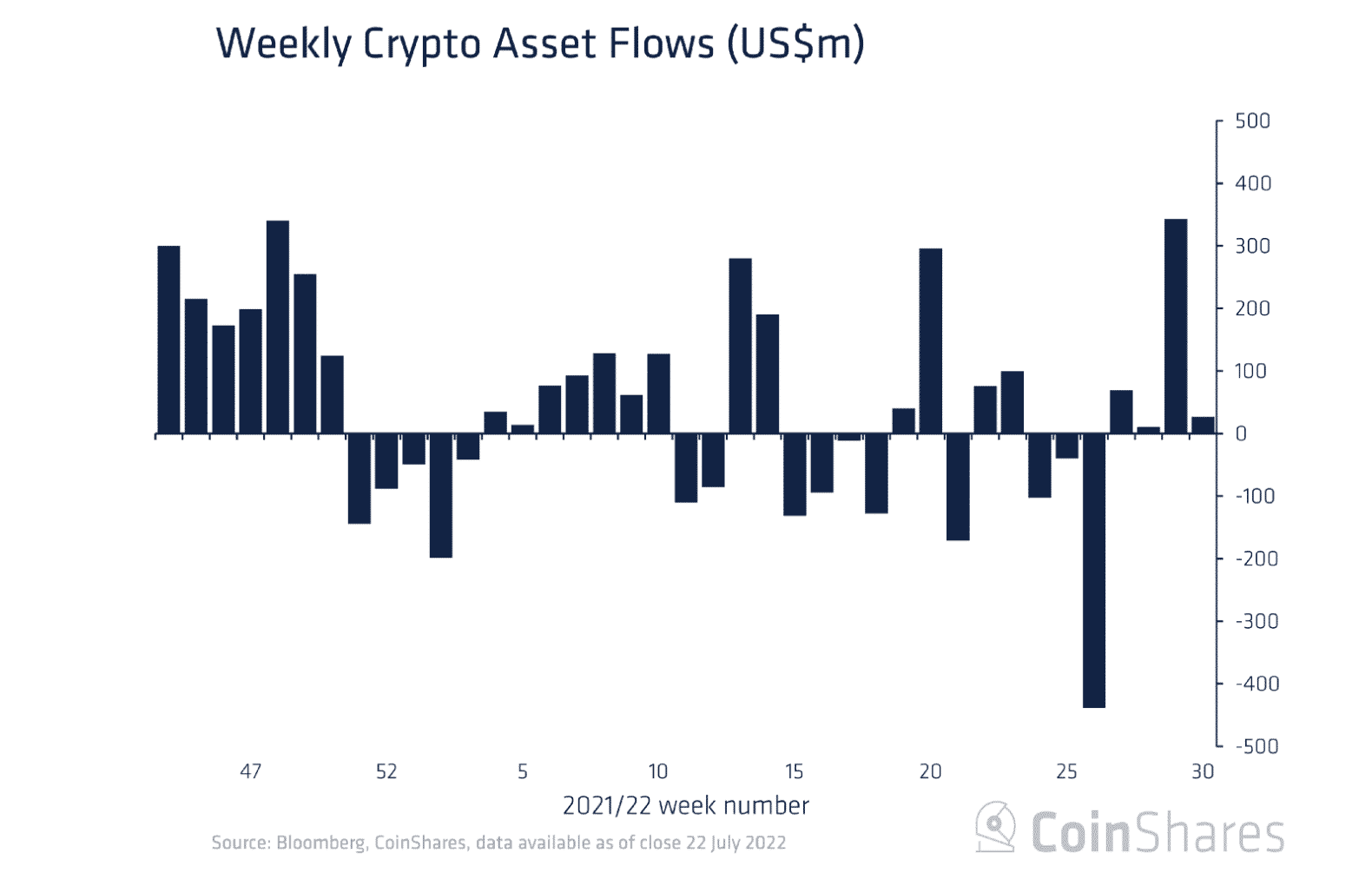 With $30 million reported as inflows into digital asset investment products last week, CoinShares noted that this brought the total inflows since the beginning of the month to $394 million and total assets under management (AuM) back to early June 2022 levels of $30bn. 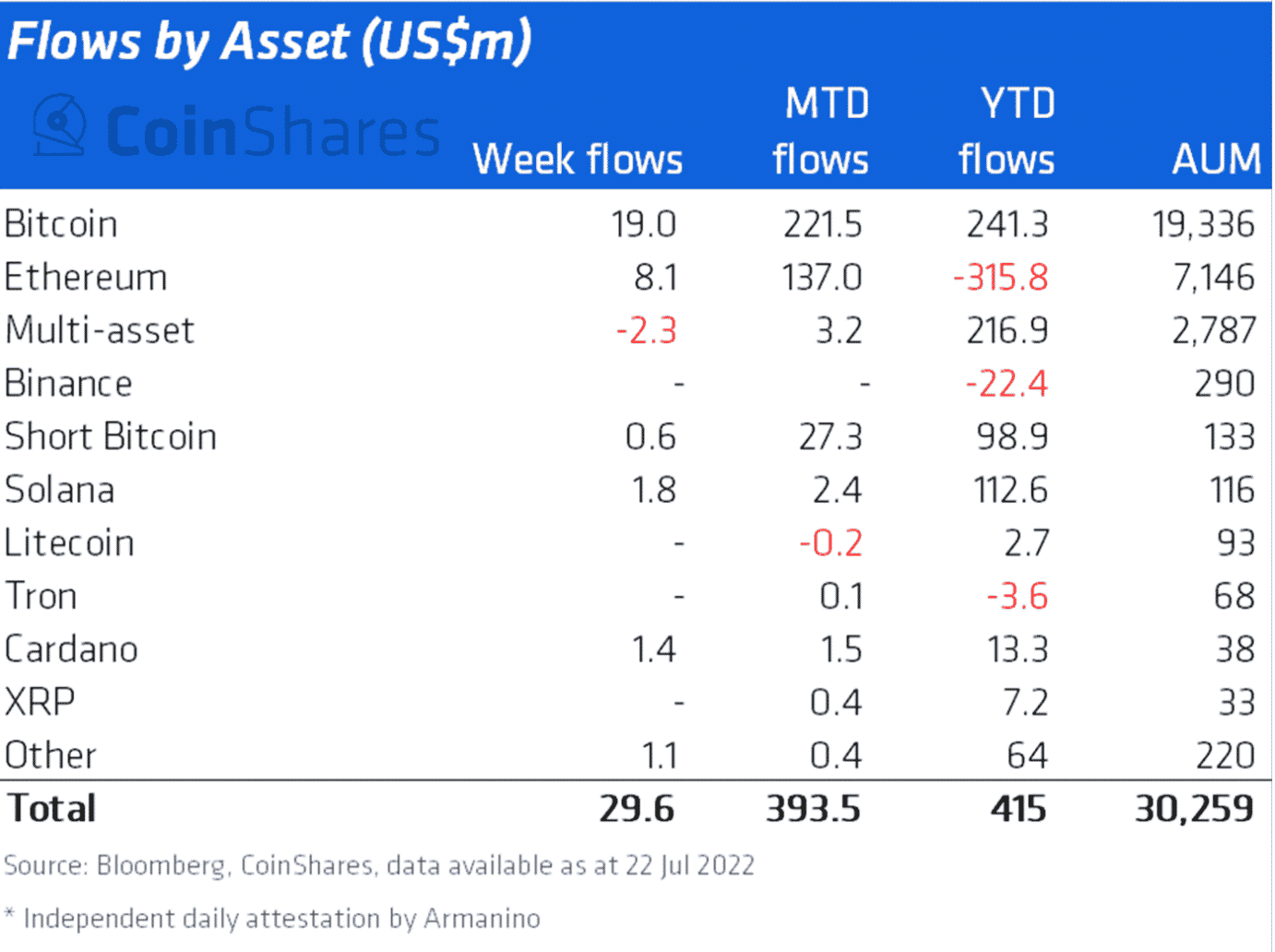 King of coins and others

For context, Bitcoin’s YTD inflows represent 58% of the YTD total inflows of $415 million recorded by all assets considered by CoinShares in its report.

Last week, Short-Bitcoin recorded inflows of $0.6 million. However, the asset’s AuM declined by 9% from its 13 July peak of $145 million to $133 million due to the positive price action for Bitcoin.

For Ethereum, however, CoinShares found that its total inflows in the last week amounted to $8.1 million. The leading altcoin recorded $120 million in inflows in the prior week.

According to the report, this represented the largest single week of inflows since June 2021 and “implied a turning point in sentiment after a recent 11-week run of outflows.” With the Merge close to materializing, investor interest in the leading alt is gradually returning, CoinShares stated.

The alt’s performance last week brought its total MTD inflows to $137 million. This represented a 35% share of the total $393.5 million recorded in MTD inflows for all assets reviewed by CoinShares. 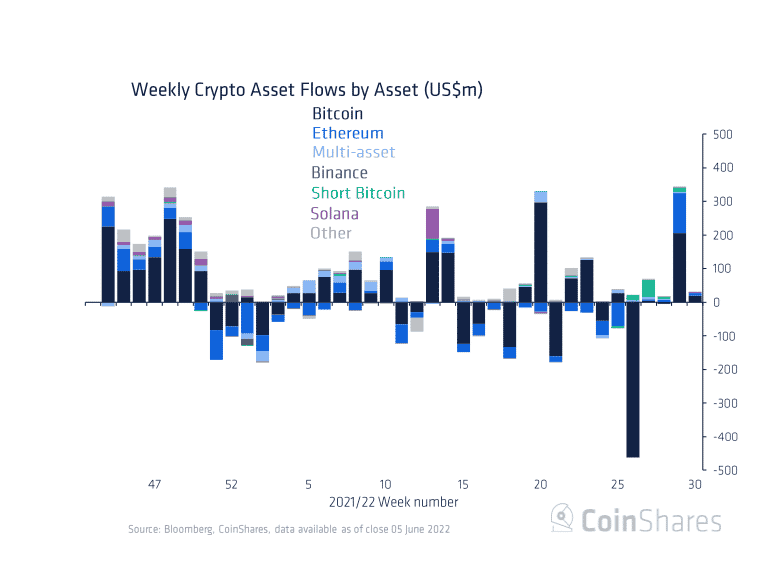 According to the report, CoinShares found that most of the inflows in the period under review came from Switzerland.

Last week, $16 million of the total $30 million recorded as inflows in digital asset investment products came from Switzerland. In the week before, inflows from Switzerland totaled $356 million.

With the YTD inflows sitting at $577 million, CoinShares stated that Switzerland remains the “favored region for digital asset investors.” USA and Germany trailed behind with minor inflows of $9 million and $5 million respectively. 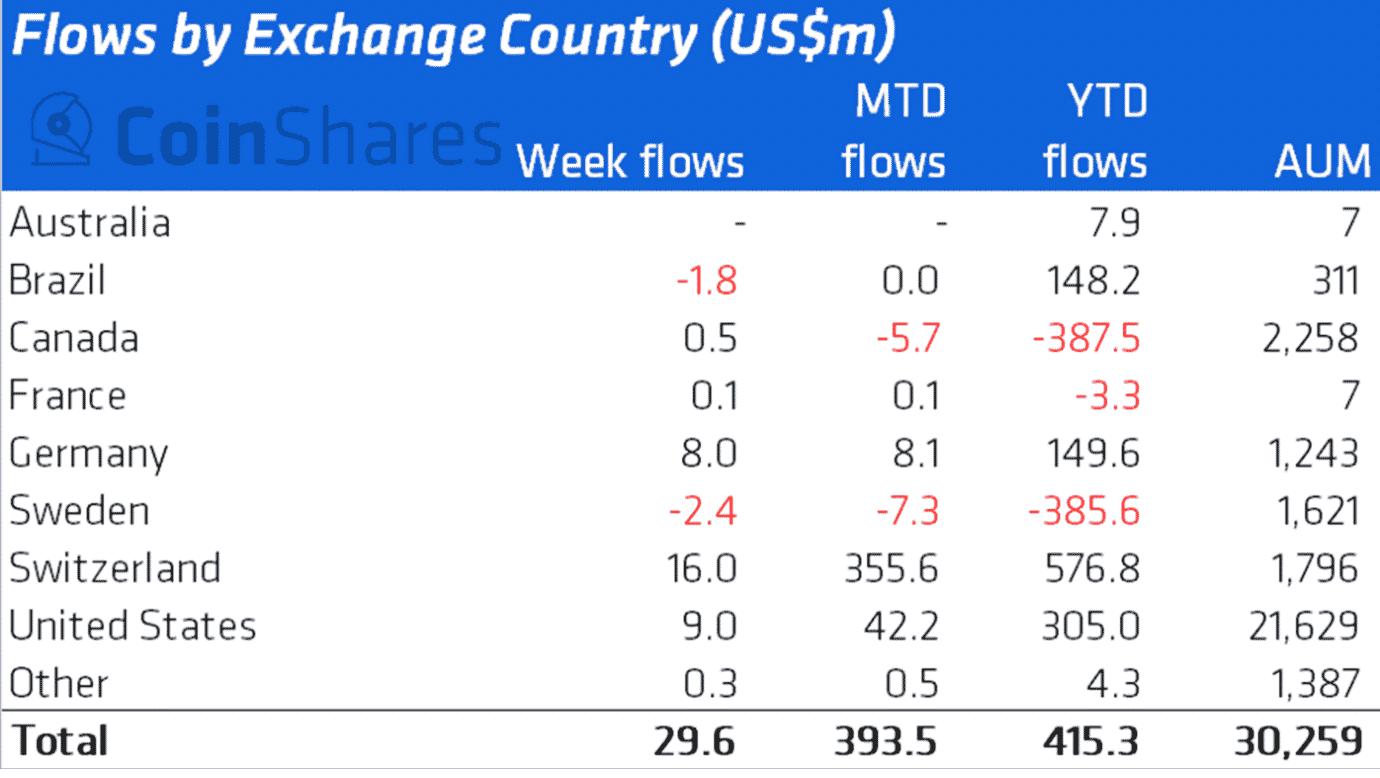 Ethereum: These metrics can give aggressive traders some clarity