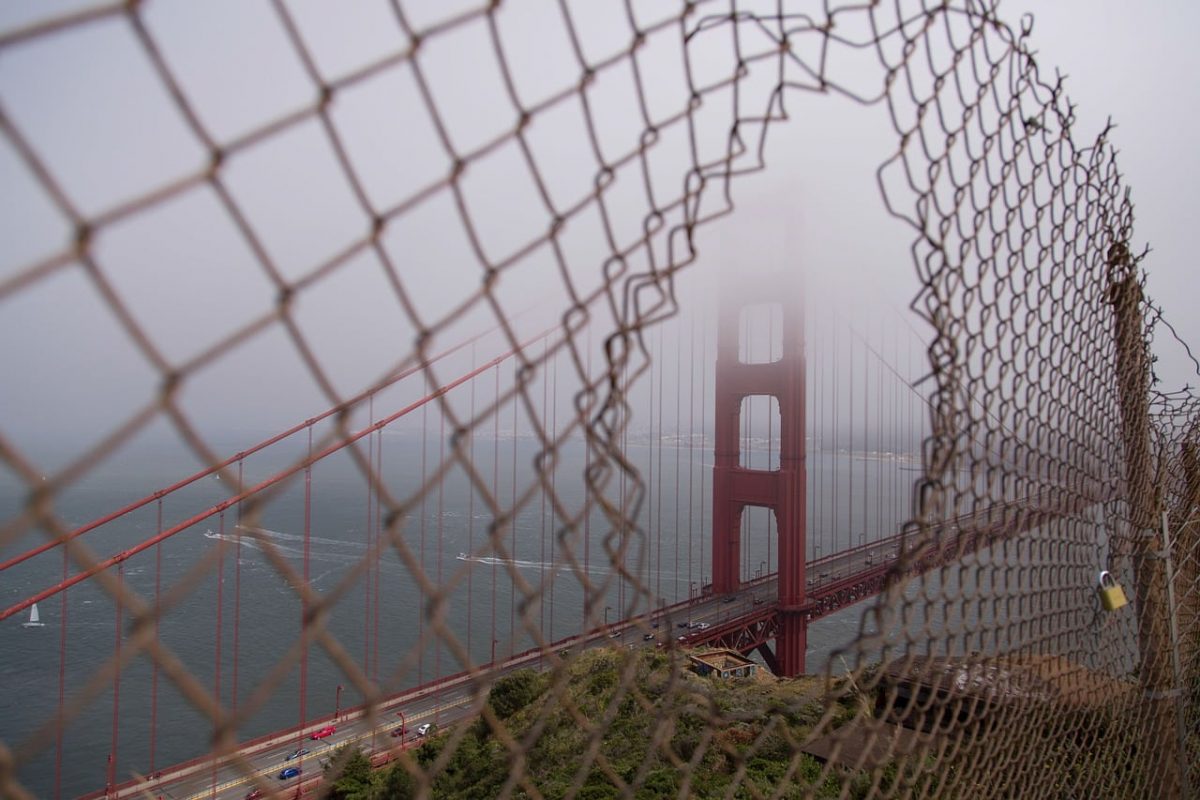 Chainlink posted losses of nearly 40% in the past week. It fell from the swing high of $9.47 on 8 November to a swing low of $5.69 on 14 November. At the time of writing, a bounce in prices was underway.

Yet, Bitcoin was in a downtrend. Chainlink’s market structure was bearish after its recent losses. Although risky, traders can look to profit from a potential bounce in prices from the lows of a range that has been in play for a considerable amount of time.

$6.3 has stood firm since May and can offer a lucrative (albeit risky) buying opportunity 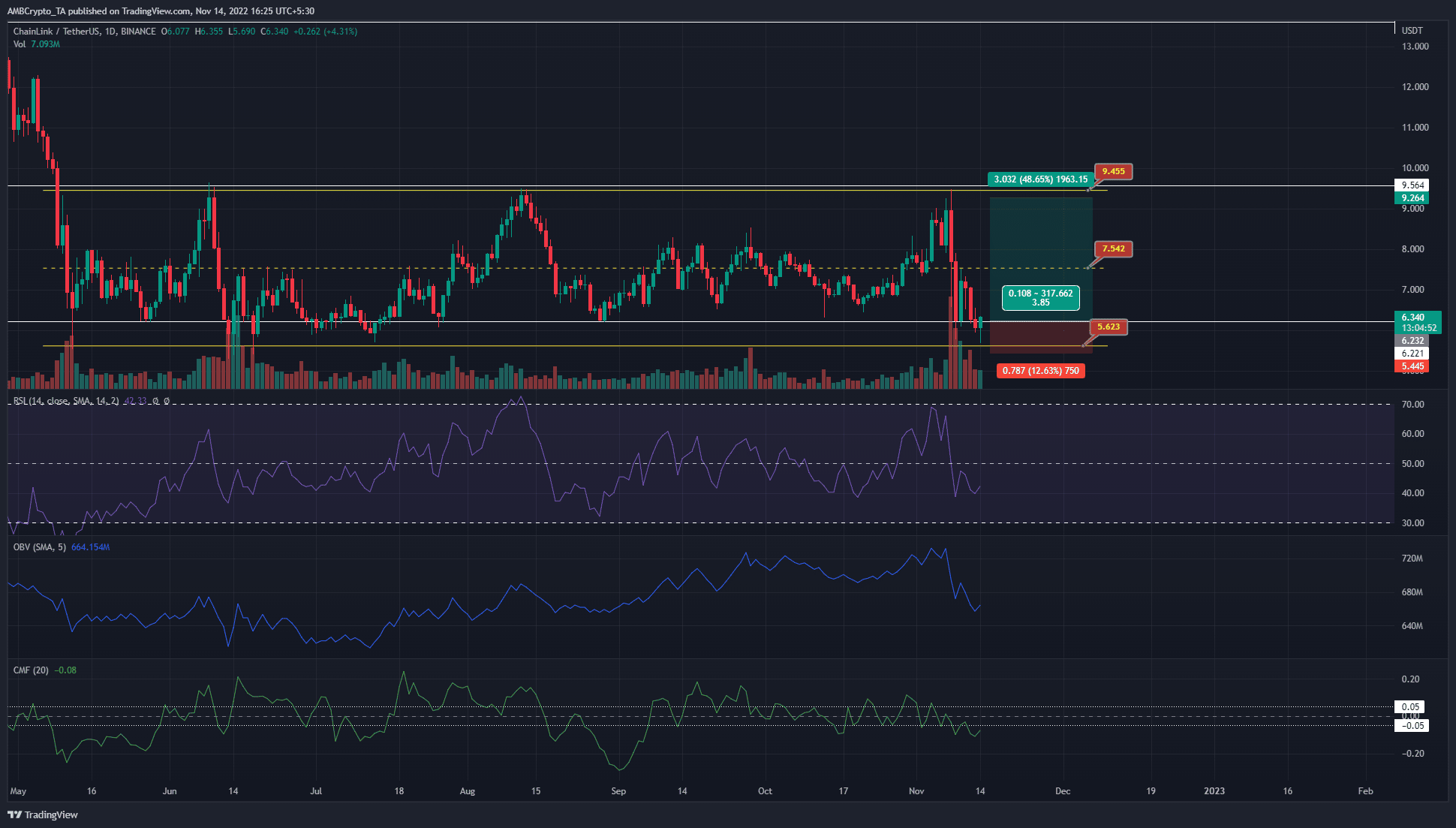 Since May, LINK has traded within a range (yellow) from $9.45 to $5.62, with the mid-point of the range at $7.54. The mid-point has acted as stiff support and resistance since May, which added credence to the range.

The Relative Strength Index (RSI) was below neutral 50 to show bearish momentum, while the Chaikin Money Flow (CMF) was below -0.05 to indicate significant capital flow out of the market. The OBV also took a sharp hit in November as LINK dropped from $9 to a swing low of $5.7. Yet, since July, the OBV has posted a series of higher lows. This was evidence of some accumulation of LINK tokens.

In the past six months, the $6.3 support level has been sturdy. Lower timeframe charts showed that $6.3 and $5.9 had been significant support levels in recent months. Despite all the carnage in the markets over the past week, Chainlink was yet to break down beneath the range lows.

Traders can look to buy a retest of the $6.3 and $5.9 levels. Their stop-loss orders can be placed near the $5.3 area, with take-profit orders at mid-range and range highs. The funding rate was also positive since 10 November, despite the subsequent drop to $5.7.

Sudden network growth was witnessed while holders went into a loss

The 365-day Market Value to Realized Value (MVRV) ratio dropped like a rock following Chainlink’s fall from the $9 mark. This meant that holders took an opportunity to cash out on their LINK tokens. At the same time, the network growth metric saw a huge spike. This spike broke above the highs this metric posted in September and October 2021, which was a significant milestone.

Combined with the price action and the OBV evidence, could this indicate a longer-term trend reversal was in sight for Chainlink? Not quite yet. Traders in particular can look to take profits as per the range given. Until Bitcoin can reverse its own higher timeframe trend, buying Chainlink can be risky.

Bitcoin holders, whales, and miners: The impact of FTX on the state of BTC