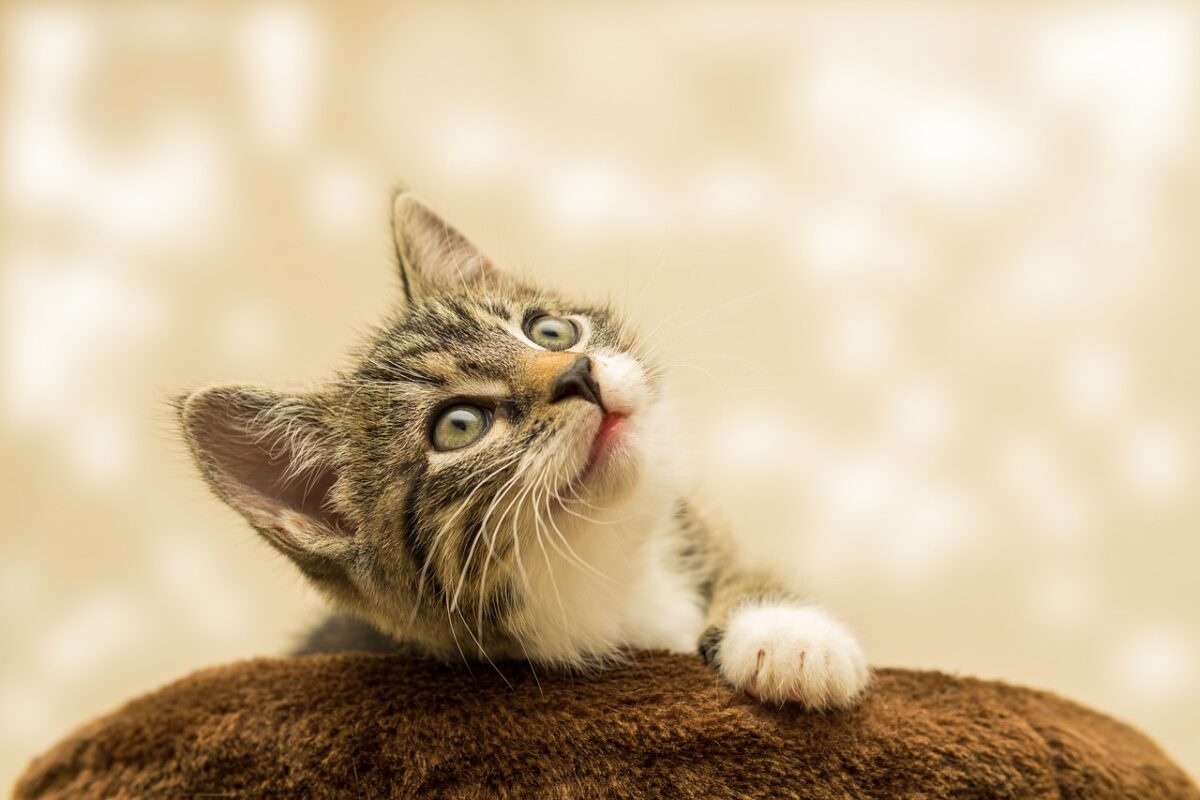 Bitcoin saw a lower timeframe “recovery” from just under the $39k mark, and at press time was trading at $40.8k. This development had a positive impact on the altcoin market in recent hours. However, Dogecoin and Shiba Inu faced stiff resistance once more, while MATIC had a slightly more bullish outlook due to the presence of demand. 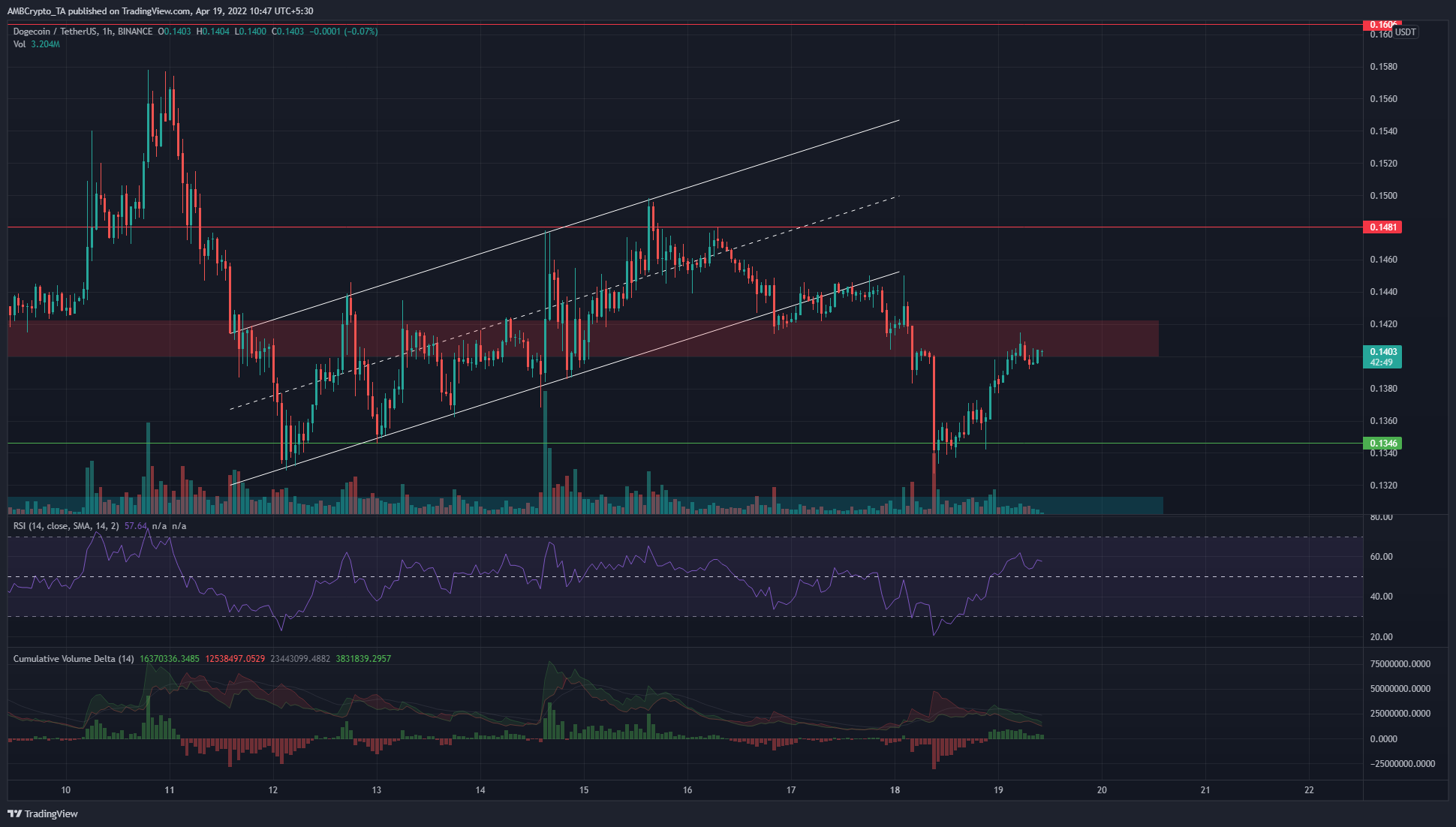 DOGE formed an ascending channel (white) last week and broke down beneath the pattern in the past couple of days. In the past month, the $0.14-$0.141 area has acted as strong resistance.

The RSI on the hourly chart climbed above neutral 50, while the CVD also flipped green to show the presence of buying pressure. Hence, the indicators pointed toward a bullish bias for DOGE in the next few hours. 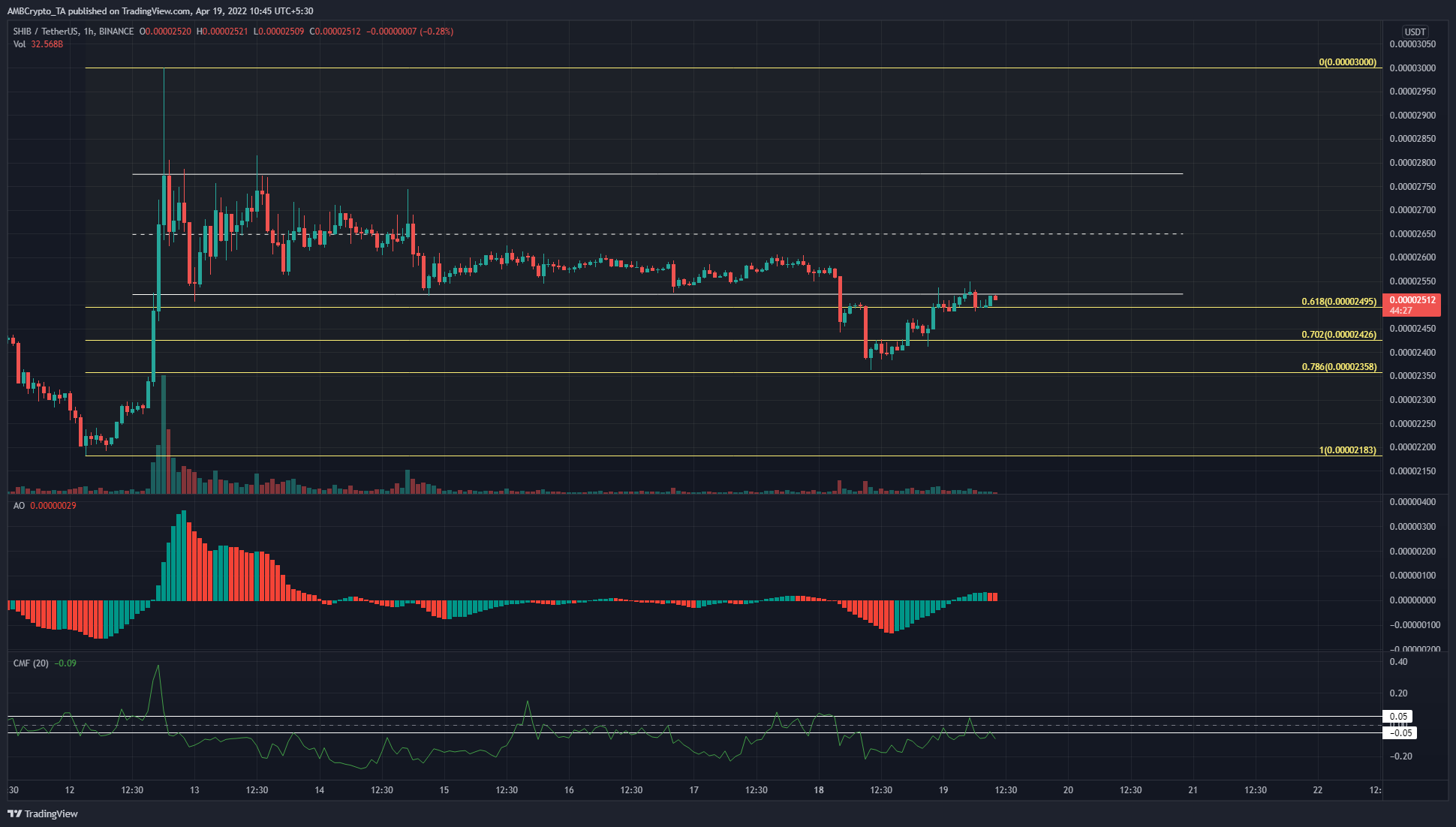 In white is a range that SHIB had traded within for nearly a week. The range lows of $0.0000255, in particular, have seen a lot of sideways trading in recent days, and would likely pose resistance to SHIB on its way back up.

The Awesome Oscillator crossed over above the zero line, following the bounce from the $0.0000236 area. On the other hand, this bounce was not enough to coax the CMF above the +0.05 mark. Instead, it resolutely remained beneath -0.05 to show strong capital flow out of the market. 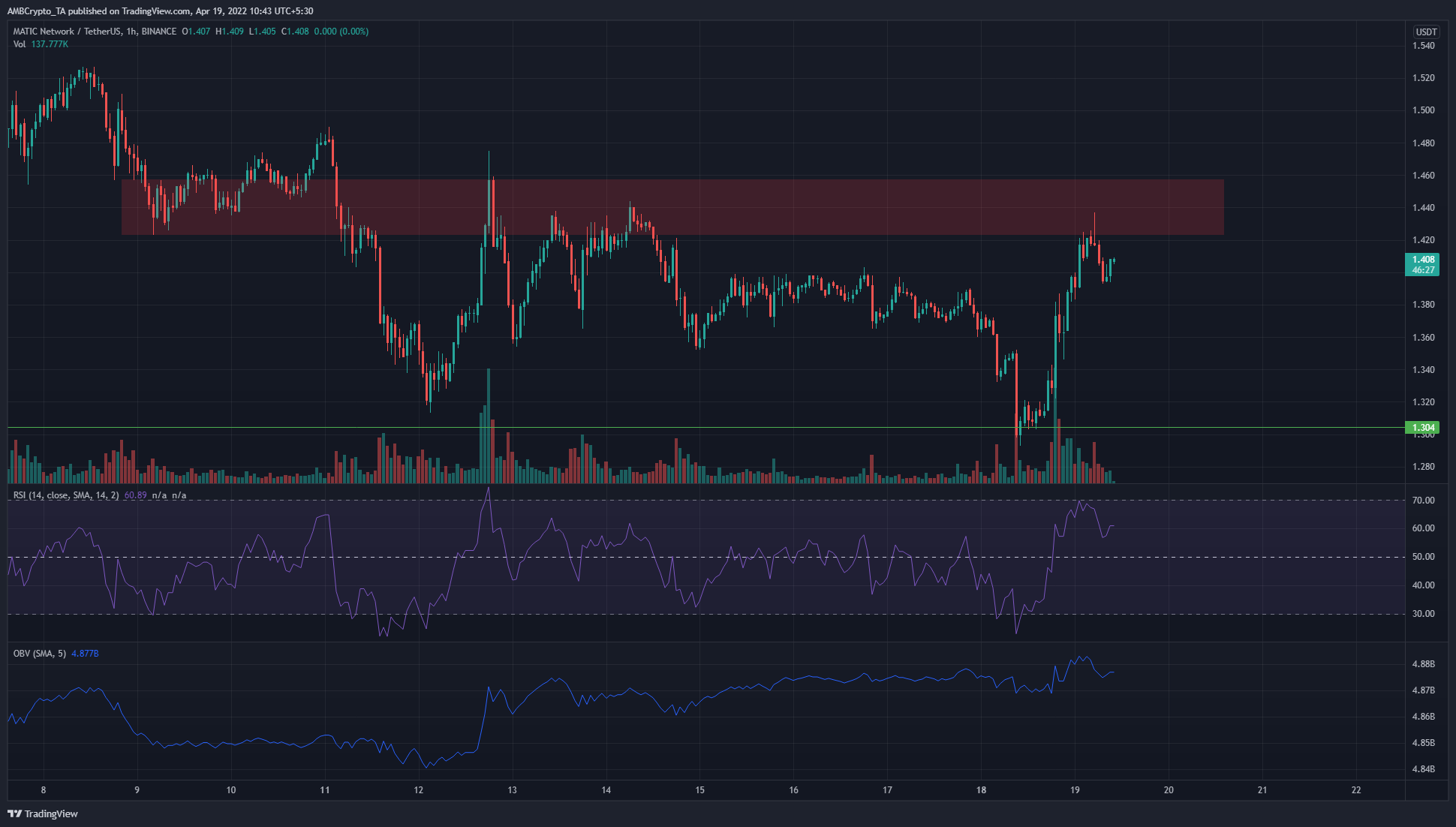 The price action of MATIC also has a bearish bias. Like Dogecoin, MATIC neared a strong resistance zone. Even though it had bullish momentum, a BTC impulse move might be needed to sput MATIC past the $1.44 resistance.

The good news for the bulls is that, in the past week, the OBV has made a series of higher lows and higher highs. This uptrend on the OBV is indicative of strong buying volume. Hence, the presence of genuine demand could push MATIC higher.

Ethereum: $300M in non-crypto assets and here’s why you should give an “EF”