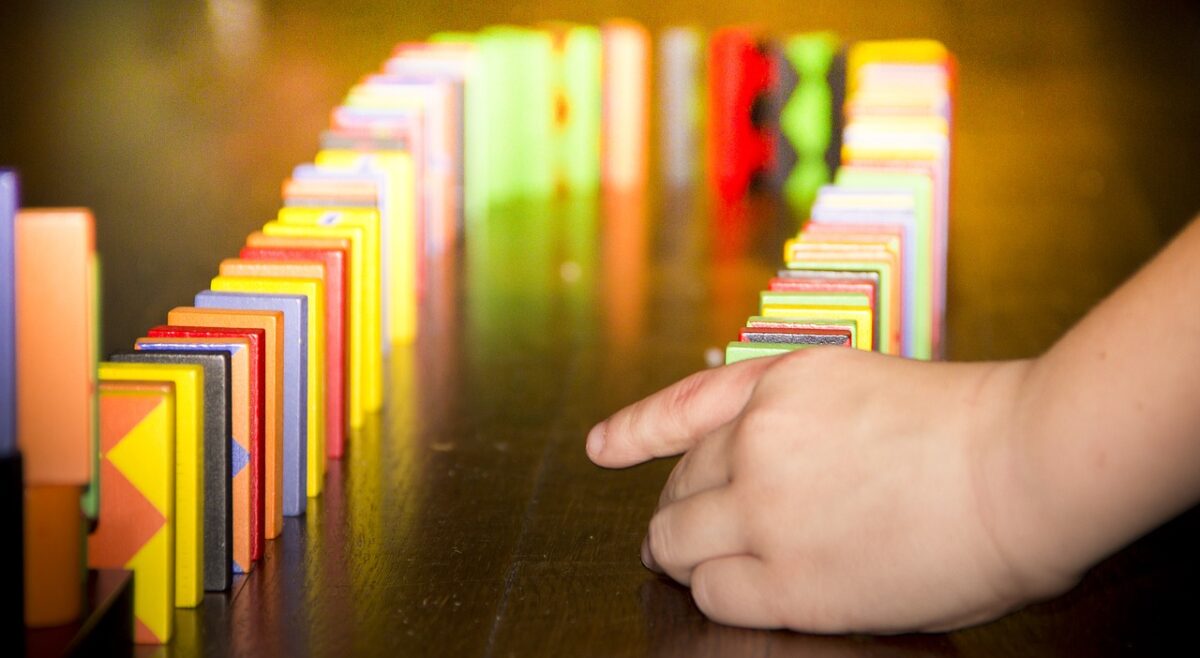 As Bitcoin’s price was on the down-low, BTC dominance has also been slipping to a historic level. As per data, Bitcoin dominance has broken its long-term support and reached levels last seen in 2018. 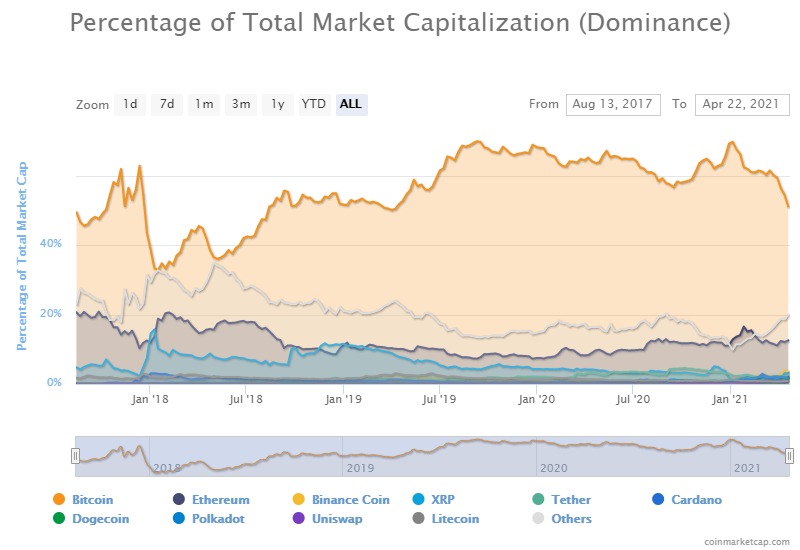 The above CoinMarketCap chart suggested that Bitcoin dominance was growing since July 2018. The dominance hit 50% a year later in 2019, but since then it has been surging higher. The dominance was registered above 60%, and this level was maintained barring one instance in September 2020 when it dropped to 56%. However, at press time, this value had fallen to 51.08%.

While BTC dominance collapses, the dominance of altcoins has been rising. Premier altcoin, Ethereum [ETH] has been witnessing a growth period in the market, while Bitcoin was still recovering. The altcoin’s price has escalated by 13% in the past four days and was currently being traded at $2,483.

With such a surge in the spot price, its dominance has also shifted to a higher gear along with other prominent alts. 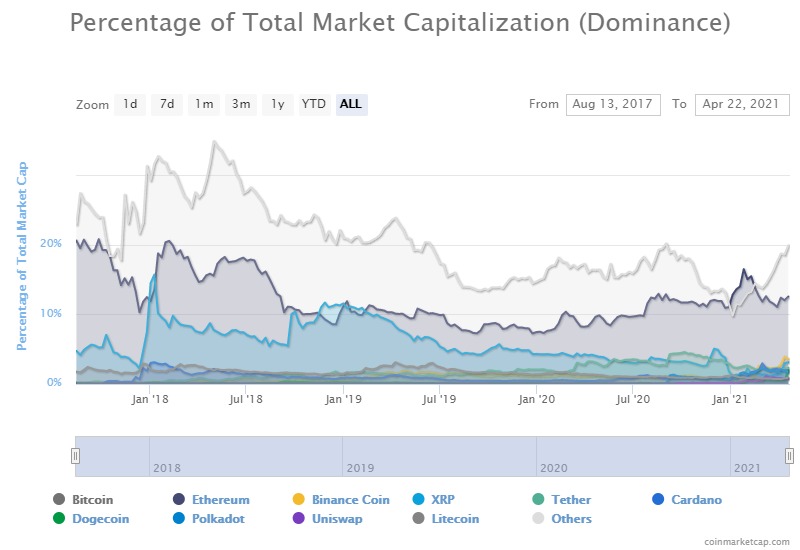 Interestingly, along with the second-largest crypto, other altcoins that moved up in terms of dominance were XRP and DOGE. XRP and DOGE saw hyped-based rallies carrying the price higher which resulted in their dominance also rise. At the peak of market dominance in January 2021, XRP was at 1.29%, while DOGE was at 0.12%. However, currently, this dominance has progressed to 3.13% and 2%, respectively for the digital assets.