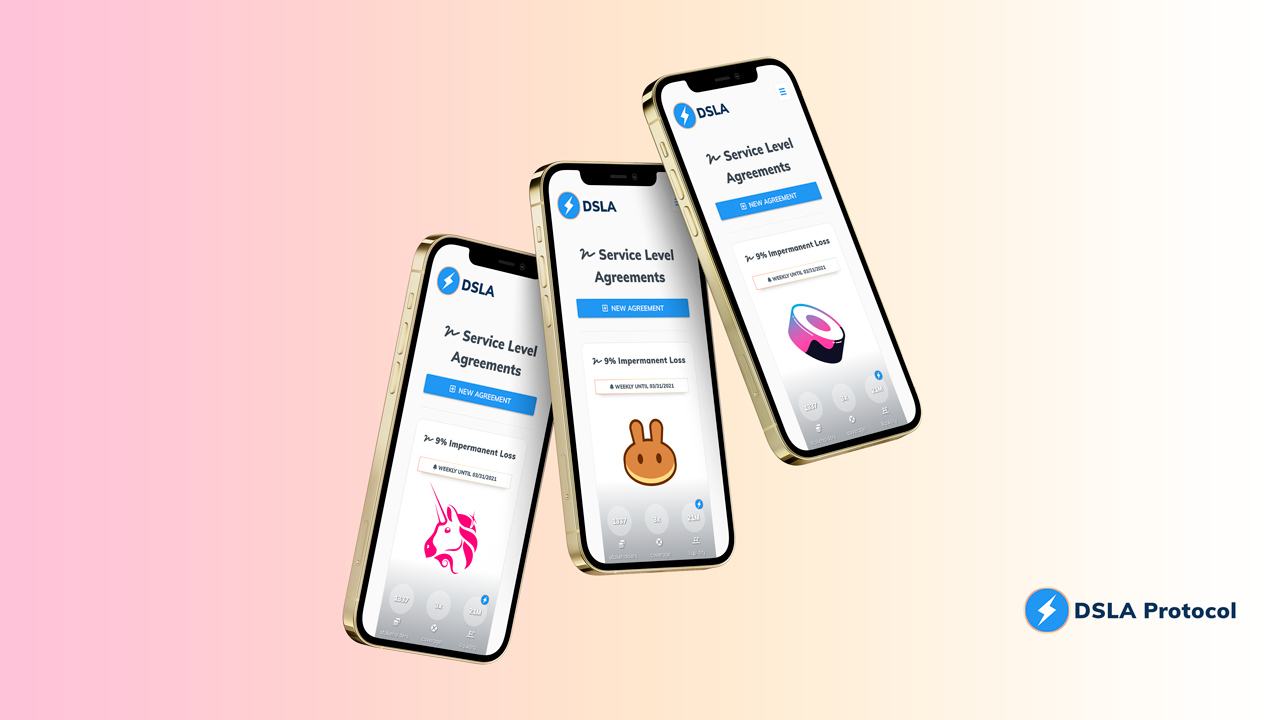 DSLA Protocol has released the first version of its Decentralized Service Level Agreements (SLA) protocol on the Ethereum L1 blockchain. Layer 2 deployments on Harmony and Avalanche are also coming in the near future, with both platforms having been audited and approved.

Created by Stacktical, the DSLA Protocol is a decentralized risk management framework. It enables different stakeholders of a given service to offset third-party risk in a peer-to-peer manner. This allows developers and infrastructure operators to create blockchain-based outsourcing contracts.

The aforementioned outsourcing contracts store and release cryptocurrency based on the performance of the aforementioned third parties. Put simply, the DSLA Protocol allows its users to delegate third-party risk by “exchanging” it with other users in the system, who have the required resources to “take on” this risk and be rewarded for doing so.

Put simply, these contracts provide an additional security layer to the common trust-based system through the use of trustless, peer-to-peer technology. As such, blockchain tech improves on coverage like insurance products by guaranteeing consistent returns for users, and by incentivizing providers for speed, power, uptime, and more.

While the concept of DSLA may seem complex, its use cases are somewhat simple and are essential to the evolution of nascent cryptocurrency sectors like Decentralized Finance (DeFi).

For example, The DSLA Protocol can be used to reduce the financial losses of proof-of-stake delegators and DeFi users, while incentivizing the good performance and reliability of staking pool operators and DeFi and NFT service providers such as Uniswap, Sushiswap, OpenSea, and others.

What does DSLA Protocol v1 bring to the table?

The launch of DSLA Protocol v1 introduces a series of in-house innovations. It allows developers, users, and liquidity providers to trade risk with each other within Risk Prediction Markets.

It also introduces Reliability Forecasts where third-party risk can be quickly assessed based on the wisdom of the SLA marketplace and its participants. SLA Futures Positions will also create tokenized LONG/SHORT positions issued to the SLA creator taking on risk (LONG), or to SLA users offsetting risk (SHORT), allowing participants to increase their profit and risk exposure.

Additionally, the DSLA also introduces a number of developer tools such as Programmable SLAs, Developer Tools, and No Code Tools. All of these will allow for easy creation of new types of SLAs and use cases by the community, as well as provide developers and third-service providers with the best tools to develop and create with and without coding knowledge, depending on the purpose.

To learn more about these innovations, read the blog post here.

Its flagship use case is to offset the financial losses of proof-of-stake delegators and DeFi users while incentivizing the good performance and reliability of staking pool operators and DeFi service providers such as Uniswap (AMM) and OpenSea (NFT).