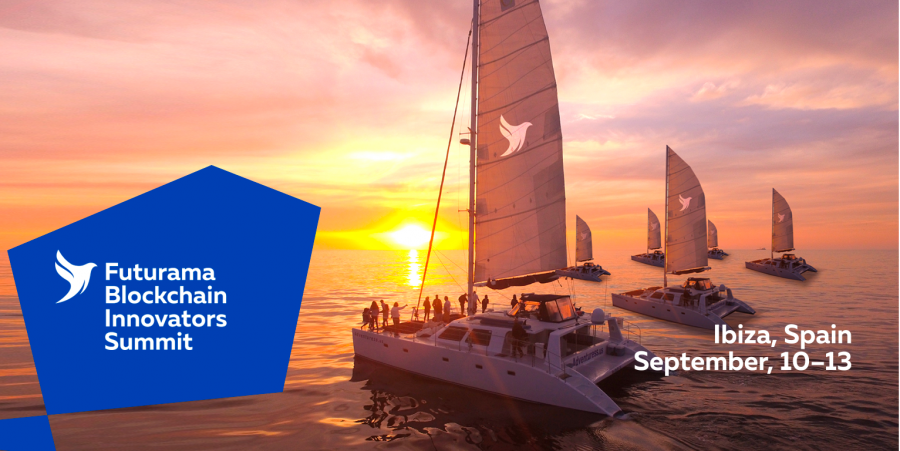 When you hear about blockchain conferences, you, probably, imagine dimly lit conference rooms and people making deals and shaking each others hands. Well, although in most cases this coincides with reality, there are such events, the format of which does not allow calling them ordinary. For example, the European Blockchain Week, organized by the brands CoinsBank and Futurama Blockchain Innovators, which will be held from September 7 to September 13, and combine two events that are different from what we are used to seeing.
Everything will start in Barcelona, with a giant vessel, for the first time in history reserved exclusively for the entire blockchain party, to ship off on September 7. Coinsbank, known for their brand-new cruises, will take care of making the 4-day conference a truly unforgettable Mediterranean adventure. During the breaks between the stops in Monte Carlo, France, Italy, and, finally, in Ibiza, where the guests will be served the unusual entertainment, the organizers promise a rich program with the participation of the top-notch blockchain influencers, officials, crypto exchanges and bankers. Among the outstanding speakers are:

On September 10, the vessel will arrive in Ibiza, where Futurama Blockchain Innovators, which shocks the public for the second time in a row with the novelty of its formats, starts. After the techno luxury concept in Dubai, the organizers are opening the doors of the secret Balinese villa (the address is not disclosed yet due to the “VVIP celebrities currently residing there”) for holding the mini Crypto G20. The agenda of the program includes discussions between representatives of world exchanges, regulators and financiers
Representatives of Bithumb, Coinsbank, Evercoin and EXMO have already commented on the participation.
Alex Lee, investment strategist at Bithumb:

“Futurama Blockchain Innovators Summit and CoinsBank Blockchain Cruise are unique in the sea of crypto events, in that they both focus on networking. It assumes that the best answers to the problems in our industry can be found through proactive sharing of each other’s stories in highly personable ways. So, no matter what the issues are, be it crypto exchanges getting hacked or regulators feeling the pressure from disgruntled token investors who lost money, the solution can be found through community interactions and honest, open conversations.”

“We will talk about centralized and decentralized exchanges. Now many people are talking about the advantages of decentralized exchanges, but don’t think about the fact that they also have limitations related not only to the cost and complexity of development. For example, there is a problem of blockchain scalability or low liquidity, a lack of possibility to create fiat money and much more. I’m sure it will be a very interesting discussion.”

Joshua Hong, an international entrepreneur, one of the event founders:

“We decided to put the most critical issues facing crypto exchanges as the central topics of our upcoming Futurama Ibiza event because such attention hasn’t been paid elsewhere in the industry.”

A special feature of the program will be the ICO battle, during which the best startups will battle for the listing of the token on crypto exchanges, ICOBench scoring or services of well-known agencies.