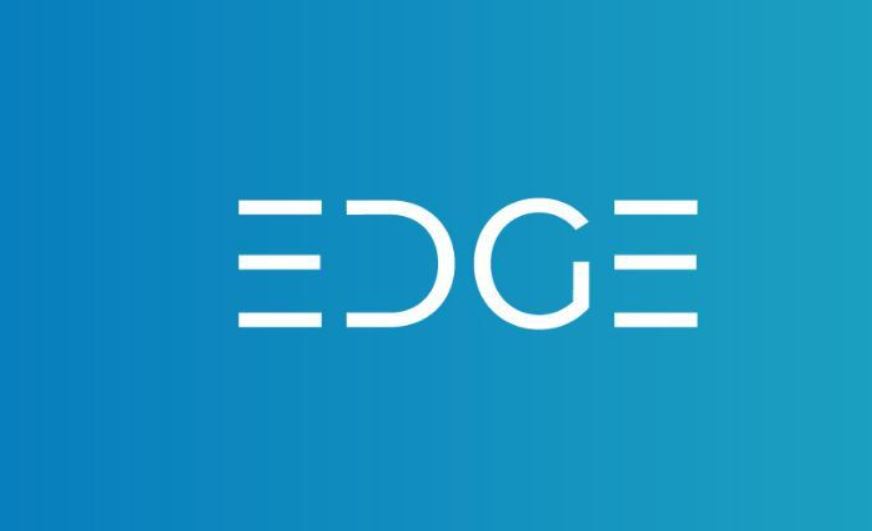 The global multimedia industry, particularly the video streaming sector, has engineered a paradigm shift in the way we entertain ourselves and consume content. The recent Video-On-Demand services provided by such platforms as Amazon Prime Video, Hulu, and Netflix have overtaken the traditional TV broadcast services and have even shown growing pains during peak usage times.

Comparing the audience share of streaming video, broadcast TV, and cable TV, Nielsen reported that streaming video accounted for about 26% of all viewing share, 1% more than broadcast TV, while cable TV sits at the top of the chart with 39%. These figures show the remarkable growth of video streaming platforms, exemplified by the public adoption of YouTubeGaming and Twitch, which serves more than 15 million daily active users – that is three times the population of Ireland. Twitch demonstrates how innovations in video streaming are breaking boundaries and expanding across verticals to meet the growing demands for engaging and interactive video experiences by consumers.

Although live video streaming through Content Delivery Networks (CDNs) has improved viewing experiences and introduced a new dimension to entertainment, successful content delivery platforms must further enhance the quality of the viewing experience. With the proliferation of streaming services, there are growing demands for interactiveness during live streaming, and new indicators of consumer satisfaction required a ground-up evolution to explore new use cases for real-time interaction between streamers and viewers.

HOW DID WE GET HERE: THE EVOLUTION OF LIVE VIDEO STREAMING

Streaming live video can be prohibitively expensive. The current social video startups, for example, face streaming bills that run into millions of dollars. Due to costly infrastructure, some broadcasters and social media startups are forced to close their operations or place heavy taxes, introduce streaming charges, and seek additional sources of revenue through sponsored ads or paid advertisements. Consequently, consumers retreated and asked the question, “Can we have a cost-effective and scalable live video streaming platform that incentivizes us to watch? Is it possible to have a peer-to-peer live streaming platform that’s decentralized? One that rewards both publishers and viewers?

For each question, the blockchain answered “YES”

And the technology hasn’t only answered YES; it has repeated YES many times over. It has launched itself as a technology supporting a peer-to-peer, blockchain-powered video streaming platform that introduces interactivity for an engaging and personalized streaming experience while reducing associated costs. Apart from security and transparency, a blockchain-based live video streaming platform can introduce monetization opportunities that allow viewers to earn while watching.

Blockchain-based video streaming platforms like Theta and Livepeer have already gained momentum in the industry. That is the good news. However, the bad news is that the existing solutions still need technical expertise for a seamless viewing experience. Moreover, some solutions are characterized by a lack of interactive and discoverable content, lengthy adoption of proprietary CDN, and complexity in node operation. To achieve a distributed, decentralized, and tamper-proof multimedia blockchain framework, there needs to be a system architecture that allows a built-in decentralized Content Delivery Network (CDN) with Watch2Earn™ functionality for a better and more efficient delivery chain (from content production to transmission and consumption).

At its best, interactive live content streaming is a form of magic. The publisher sends content from one side of the world, and by technical maneuvering, iit appears on the viewer’s side. News, Poker, Esports, and weather can manifest within seconds before our screens. Though a decentralized content delivery network (CDN) is a modern marvel, the last few years have exposed the current system’s flaws. Annoying paywalls and logins, two horsemen of the same apocalypse, have frustrated viewers, and about 54% reduction in Ad spending has snarled and choked publishers across different platforms. EDGE upended the Web3 space by creating a modern and decentralized live video streaming platform with easy integration for CDNs.

Founded in 2016, the live video Web3 platform is a rare solution that appears to have raised its ambitions over time within the entertainment industry’s wilderness, led by CEO Joe Ward.

His journey began in the network engineering field and as a serial entrepreneur, he set on creating the definitive global live video streaming platform in the Web3 space. Hear him talk about it and you will understand that the end game is a video player that scales, incentivizes publishers and streamers, and notifies users when their favorite show or media personality is live – a video player powered by artificial intelligence for a curated experience.

To better understand what Joe and the team are building, it’s essential to explore some of the EDGE’s features.

An important component in deploying a live streaming platform is optimizing storage space, especially with the daily content volume delivered on online news platforms. Hence, a decentralized Content Delivery Network (CDN) is crucial in utilizing the collective data storage space from the viewers spread across every participant on the network.

In this regard, content creators and publishers can use the available unused space by converting the space into an efficient data delivery system (mainly in a peer-to-peer format). Since the network self-heals and self-organizes, a publisher can decide to use the distributed web of relay nodes to distribute and channel the video for streaming. Therefore, the network can reduce 100GB+ data down to 100’s of MB, saving servers’ bandwidth. These relay nodes offer high scalability and reduce network latency. As the network scales exponentially with easy integration for CDNs, every new viewer using the EDGE player scales the network by one node. After getting a consensus and affirmation from the other nodes, the streamer can then, independently, broadcast their content on the network.

The Watch2Earn™ feature is a significant part of EDGE Video’s plan to build a truly decentralized video player platform. EDGE seeks to answer the outcry of viewers and use incentivization to jockey more users to join the quest to create a standardized, interactive live video streaming platform. Viewers will be rewarded in $EAT (EDGE Activity Token), the native currency of the platform, and they can buy fAICEs with $EAT. Fascinatingly, viewers get rewarded for engagement in live video, tagging personalities, owning NFTs, sharing live videos, and streaming live videos on the network. What’s more? Tokens will be earned at a faster rate with a higher engagement level and by watching premium content. How to get started? Simply connect your Metamask Wallet and start earning. 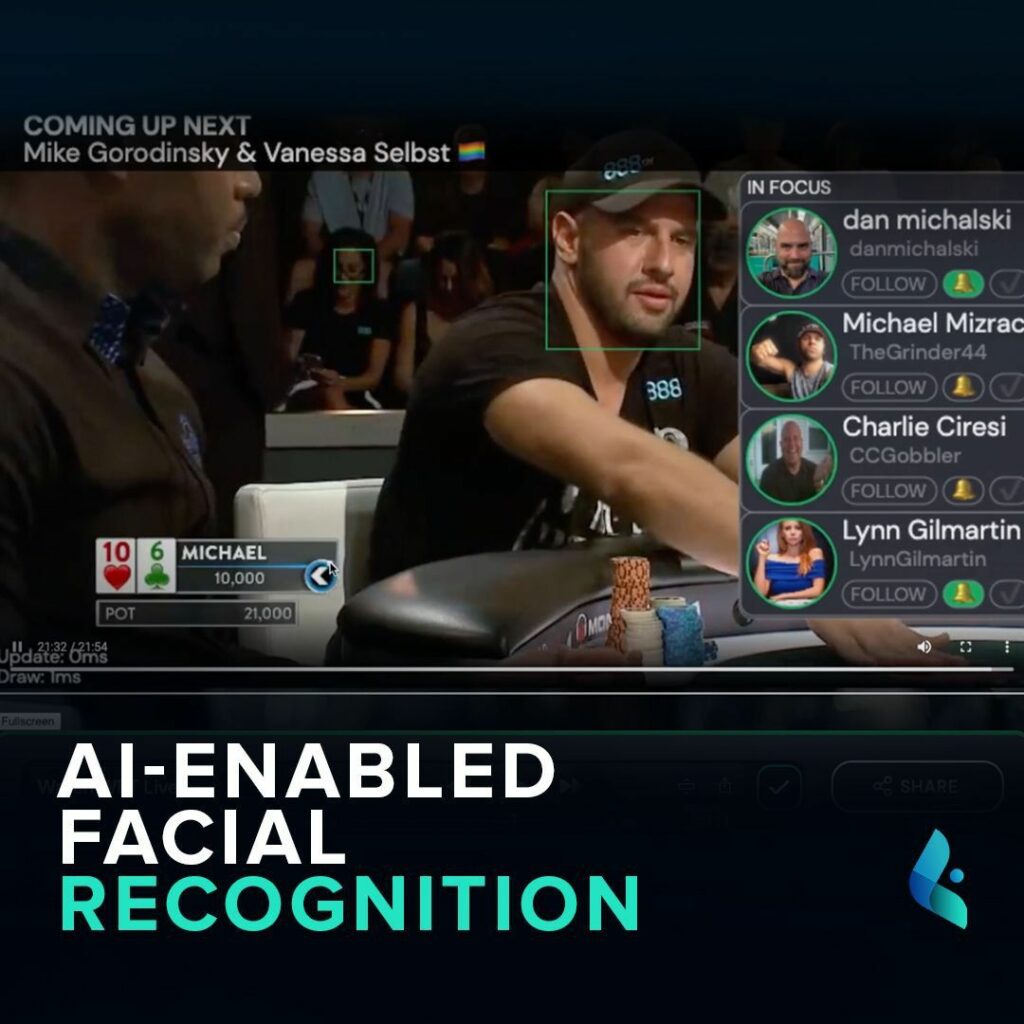 The more you read about facial recognition, the more realistic facial recognition NFTs may sound. There are scores of live events, thousands of them dotted around streaming platforms, peppered on TV shows, and surfacing in different resolutions. As such, tokenized facial recognition (FaiCES) may play an important role in the EDGE ecosystem.

Each FaiCES NFT represents a personality recognized in the live stream and gives the holder the right to be paid in $EAT tokens when the EDGE Player detects a media personality that’s tied to the NFT. The more popular the personality, the more you get paid. The EDGE Player shows the $EAT holders how much they have earned in real-time alongside their Watch2Earn™ $EAT earned. Their state-of-art AI tool also allows publishers to broadcast content based on audiences’ demands, where the viewers earn from watching the content that interests them.

By creating a dynamic auto-channel from the transcoded video content, EDGE video player provides a lean-back live streaming experience. Instead of broadcasting fixed channels, it enables the creation of personalized playlists without any need for an encoder per playlist or stream. On the one hand, it is a cost-effective means of monetizing video content and generating more viewers. On the other, it introduces valuable means of maximizing relevance while enhancing interactivity with viewers. So if you are a publisher with a repertoire of content, dynamic auto-channel surfing is a great way to give your viewers a seamless viewing experience and boost viewing time before and after a live streaming.

How does EDGE tangibly cement its influence?

The P2P multi-video streaming platform has built a network of industry partners that serve as a decisive show of confidence and trust from strategic partners like Bloomberg TV and World PokerTour. By forging these alliances, EDGE extends the use of its technology and prioritizes working with visionary partners that support its vision and contribute to its efforts. It is a bold step no less audacious than building a P2P live video player for the world’s enjoyment. Joe Ward has deservedly become the face of the rapidly changing industry. 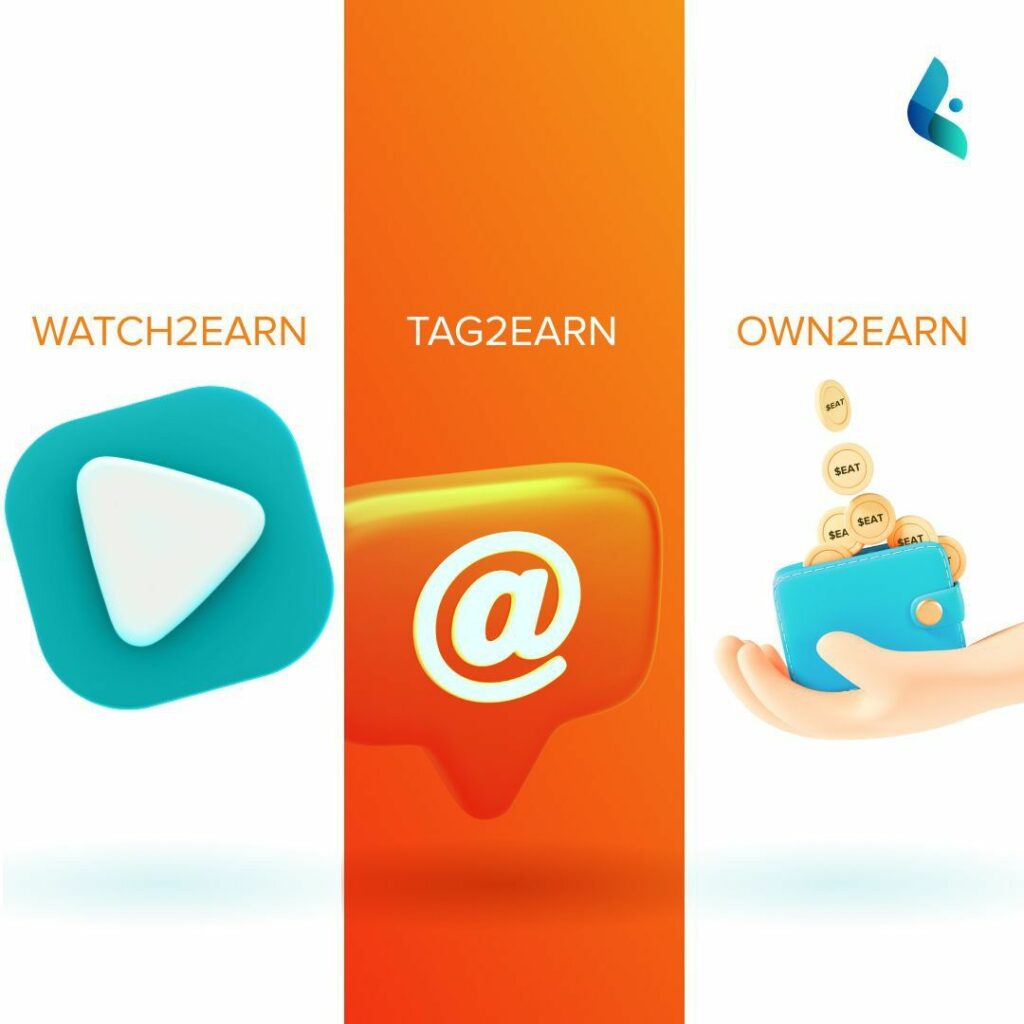