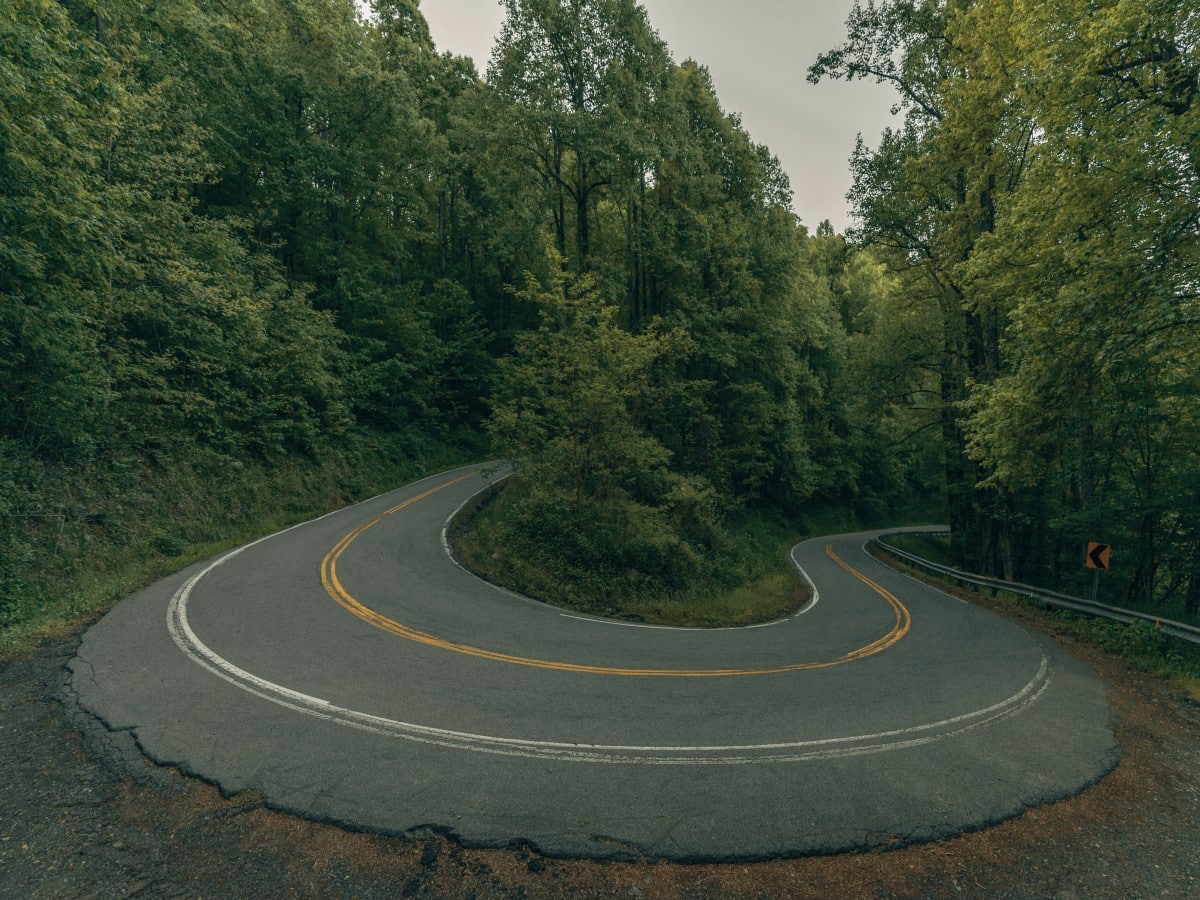 It hasn’t been a good time for CVX holders lately, with the altcoin falling by a significant margin on the charts lately.

Convex Finance is a DeFi protocol housed within Curve Finance. It commenced the weekly unlocking of vote-locked CVX tokens on 30 June to fight the liquidity problems faced by its liquidity pool. At the start of the unlocking,  investors feared that the series of unlocks (16 unlocks) might negatively impact the price of CVX. By the fifth unlock, however, the price per CVX token rallied by over 100%.

Now, reeling under the impact of the downturn that has plagued the general cryptocurrency market, investors’ initial concerns might become a reality soon. In fact, CVX has depreciated by 32% over the last 21 days.

So far this month, the protocol has implemented three unlocks, according to data from Dune Analytics. With eight more unlocks to go, what should holders know about the altcoin’s performance?

Trading around its June price level at press time, CVX has dropped by 91.89% from its all-time high of $62.69. Propped up by the bull run in July, holders’ interest in Convex Finance’s native token appeared to have declined.

On the daily chart, buying pressure has dropped since the month started. Courtesy of its positive correlation with Bitcoin, the sustained decline in CVX has led investors to salvage their investments by exiting their trade positions to take a profit. As a result, with less money being channeled towards accumulating CVX over the last three weeks, its Chaikin Money Flow (CMF) posted a negative value of -0.32.

In addition, the altcoin’s Money Flow Index was pegged at 36, with the same pictured within a downtrend.

While the index for total addresses with balance on the CVX network has grown by 3% so far this month, active addresses on the network declined steadily with the token’s price.

In fact, the ratio of active addresses on the network, at press time, stood at 3.63%. 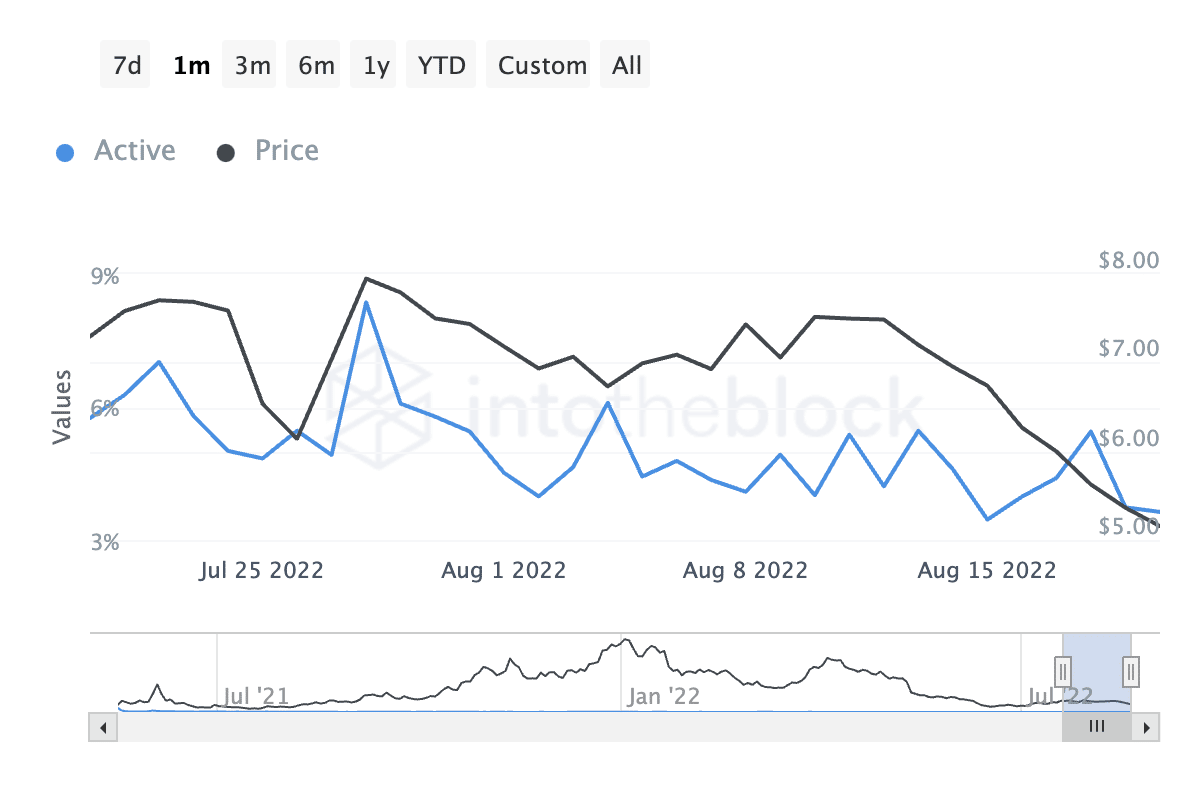 Furthermore, the sustained decline in the price of CVX has forced retail traders to gradually exit the market to protect their investments. 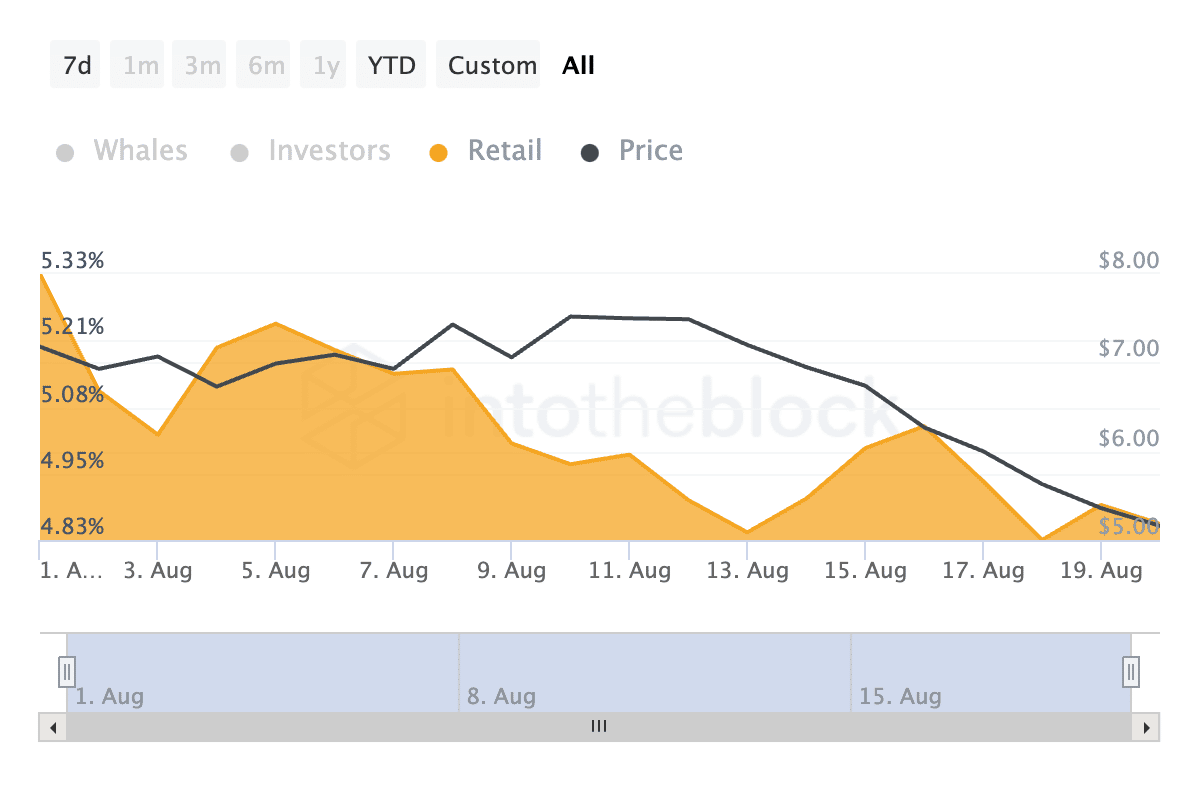 Conversely, the five whales that hold 90.84% of CVX’s entire supply increased their holdings amid the general market’s bearishness. 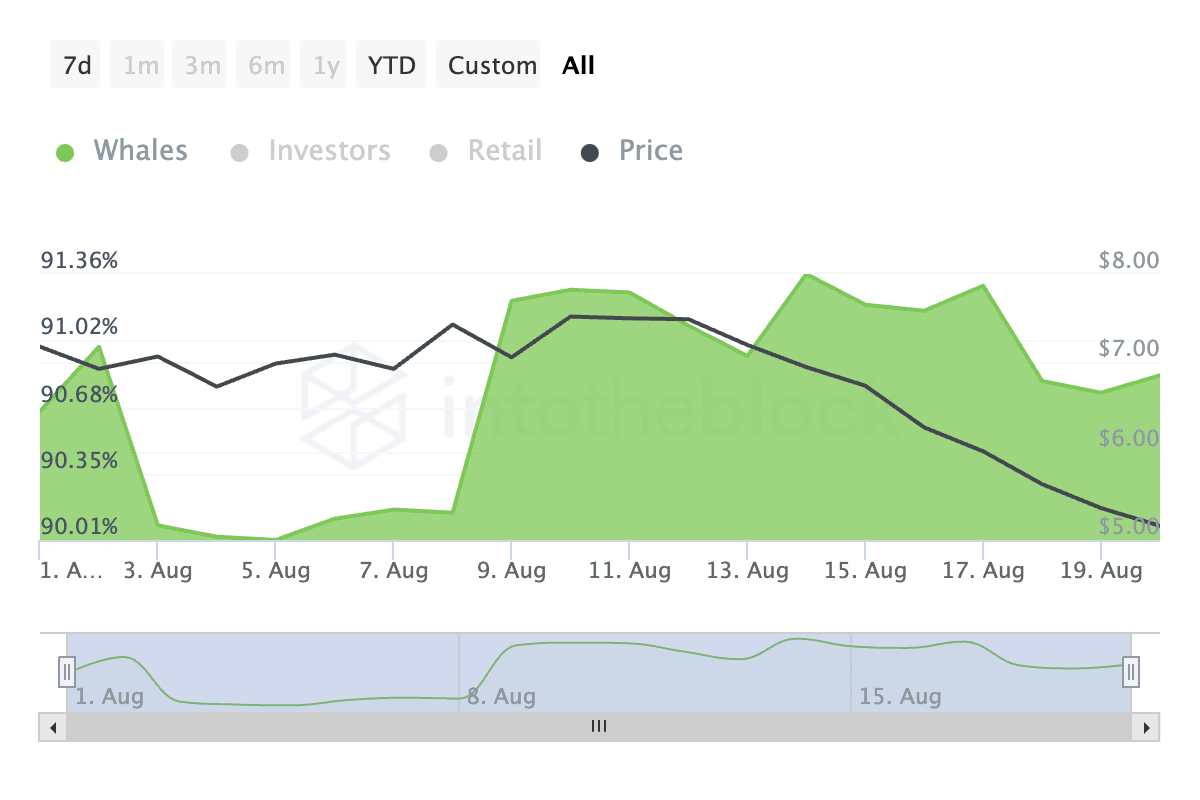 Finally, looking to trade against the market, the token’s weighted sentiment had a reading of -0.488 at press time.

Will Bitcoin [BTC] continue finding fresher levels? The answer is…